When Nikon launched the CoolPix P5000 in February last year, it was the first time in nearly three years that the company had produced a compact camera aimed at more than the snapshot market. With a 10MP sensor, 3.5x zoom lens and manual exposure controls it wasn’t exactly a semi-pro powerhouse, but it was definitely a step up from the point-and-shoot L series. Since then Nikon has launched several more cameras in the P series, of both higher and lower specification than the P5000. The base model of the series is currently this, the CoolPix P50. 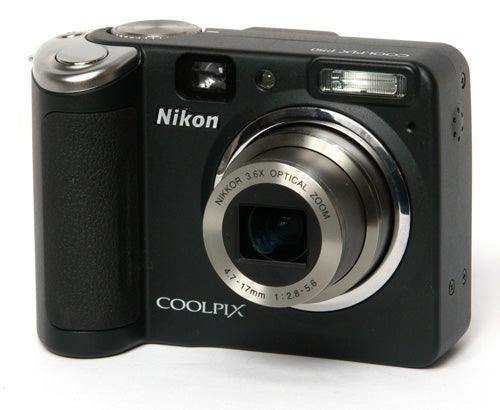 The P50 is an 8.1-megapixel compact camera powered by two AA batteries. It features a 3.6x zoom lens with a focal length range equivalent to 28-102mm, a 2.4-inch 115k monitor, an optical viewfinder, electronic image stabilisation and optional manual exposure. The most obvious comparison is with something from Canon’s A-series, and in particular the new A580, a camera with a virtually identical specification apart from a 4x zoom lens. The Nikon P50 has a list price of £149.99, and is currently available for under £130. The Canon A580 won’t be in the shops until March, but it has a list price of £139, so it will probably quickly be available for around £110. 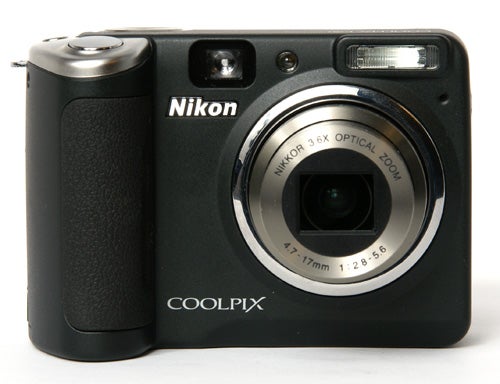 While the option of manual exposure sets the P50 apart from many other compact cameras, in most other respects it is little different from any other 8MP compact, and in fact in some respects it is rather inferior. Available in either silver or black, the body is made of plastic, and feels a little flimsy in places. The top panel especially flexes and creaks when squeezed. However at least the battery/card hatch has a latch, so it’s not likely to fall open. The shape of the body is very square and functional, with a large rubberised handgrip and textured thumbgrip area on the back. It is physically quite large for a compact camera, measuring approximately 94.5 x 66 x 44 mm, and the relatively small 2.4-inch monitor and uncluttered control layout means that it is an easy camera to hold comfortably. It’s also a bit heavy at 210g including alkaline batteries, and its bulk means that it will take up a lot of room in your pocket.

The P50 isn’t exactly bursting with advanced features, and even the unusual features that set it apart are nothing special. The optical viewfinder is quite small, and has only about 75% frame coverage. It also suffers from very bad parallax, and has no reticule lines or aiming points, so it’s virtually useless for framing a shot. The monitor is smaller than average for a modern camera, and at only 115k dots it is also quite low resolution. Nikon’s website claims that it has an anti-reflective coating, but they must have a different definition of “anti-reflective” to me, because it’s so shiny you could shave in it. 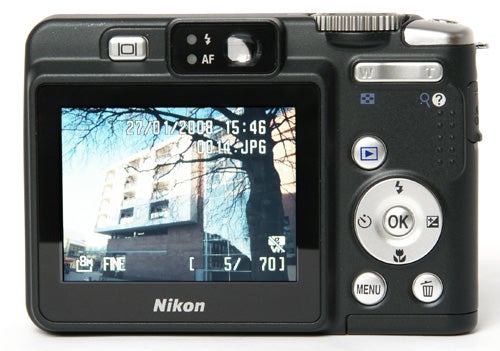 The manual exposure option isn’t all it could be either. Only minimum (f/2.8-f/5.6) and maximum (f/5.6-f/11) apertures can be selected, and the range of shutter speeds is quite limited too, ranging from eight seconds to 1/1000th of a second in one-stop increments. There is no option for the useful shutter or aperture priority modes found on most manual-exposure cameras. It does have portrait mode (with face detection), landscape mode and night portrait mode, as well as 11 scene programs in scene mode, but these are just the usual selection, including sports, party/indoor, beach/snow, sunset etcetera. The menu options do include colour optimisation, with a custom setting for adjustable contrast, saturation and image sharpening, but these parameters can only be adjusted to high, low or normal. 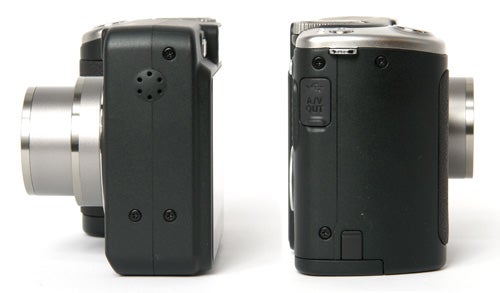 Other menu options are more useful, such as a range of AF fields including a manually-positioned AF point, and a range of metering modes including matrix, centre-weighted, spot and AF-point spot. Flash exposure can also be adjusted. Drive modes include single shot, continuous shooting, Nikon’s helpful Best Shot Selector mode, the rather less useful 16-in-1 multi-shot mode and interval timer shooting with optional time-lapse movie making. Noise reduction can also be turned off, although this is of dubious benefit on a camera of this type. One handy feature in playback mode is the D-lighting function. This compensates for very high contrast shots by brightening shadows, and it does produce quite nice results.

While Nikon has made a lot of progress on overall performance on its premium models such as the new CoolPix S700, the P50 is still lagging some way behind. It takes nearly 3.5 seconds to start up, and in single shot mode its shot-to-shot cycle time is around 2.5 seconds. It fares rather better in continuous shooting mode, averaging around 1.2 seconds per shot, using a high-speed SanDisk Ultra II SD card, however the lack of any audio cue when a picture is taken is a little offputting. The AF system is reasonably quick in good light, but it does slow down noticeably as light levels fall, and like a lot of Nikon AF systems it tends to hunt around at telephoto zoom settings, which slows it down a lot. In low light it is helped by an AF assist lamp, but it is a bit weedy and only has an effective range of a couple of metres at best. The flash performs reasonably well, but it falls some way short of Nikon’s claimed 5.9 metre range except at the highest ISO setting. At more usable speeds it has a range of around three metres with good exposure metering although the frame coverage could be better; the corners of some flash shots were noticeably dark. 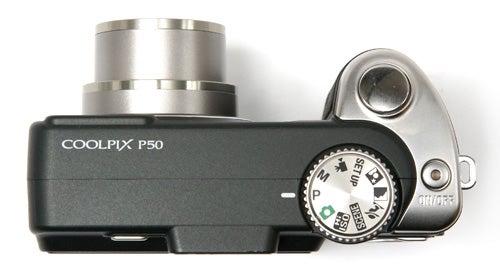 To really qualify as a performance camera, image quality is obviously of crucial importance, but again the P50 shows its true colours. Image quality isn’t bad, but it’s no better than most other decent 8MP compacts, not surprising since it has exactly the same 1/2.5-inch sensor. The lens produces significant barrel distortion at wide angle, and although corner sharpness is quite good it does also suffer from some chromatic aberration. Centre sharpness is good, but the default image sharpening setting is quite severe, and detailed images end up looking rather over-processed. The overall level of detail is not bad, but no better than most other 8MP compacts. Noise control is also about average for the sensor type and size, with good image quality up to 400 ISO, usable results at 800 ISO, but severe noise problems at higher settings. Oddly turning the noise control on or off appeared to make little difference to this. 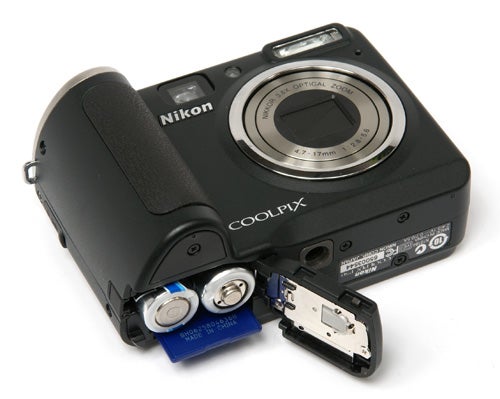 Although the Nikon CoolPix P50 isn’t a bad camera by any means, it is really just a simple compact dressed up to look like an enthusiast’s hobby camera. It handles well enough, but it has a limited range of features, less-than-stellar build quality, average performance and the image quality is nothing special either. It’s not bad value at £130, but if you’re looking for superior performance you’ll need to look elsewhere. 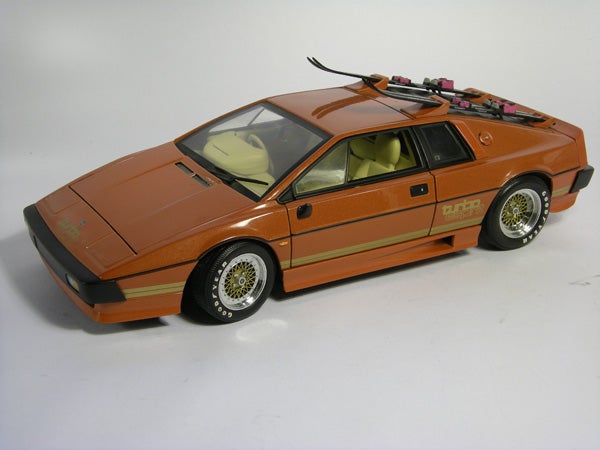 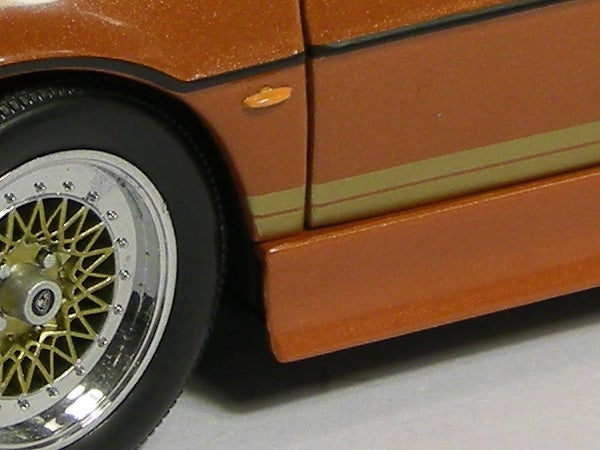 At the minimum ISO setting the image is clean and sharp. 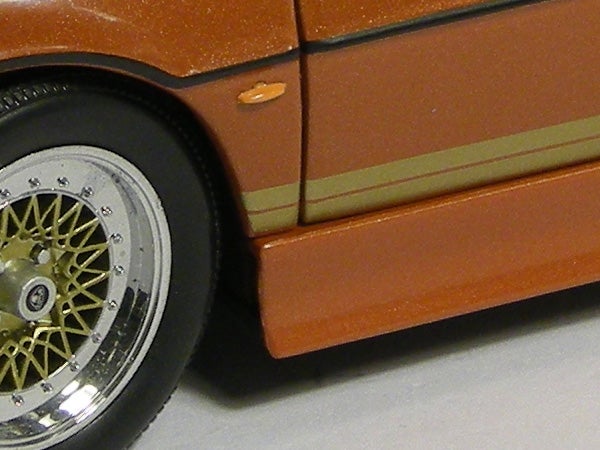 There is very little difference at 100 ISO. 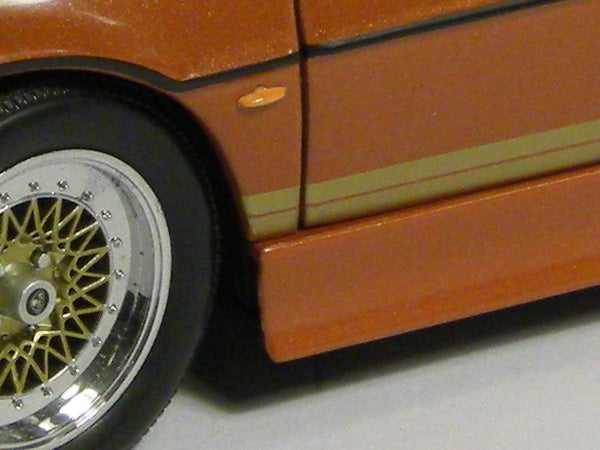 At 200 ISO there is some colour distortion in the darker areas. 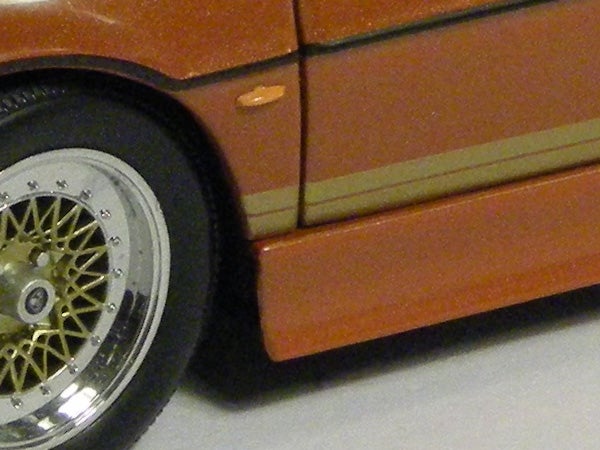 Some visible noise at 400 ISO, but the overall quality is still pretty good. 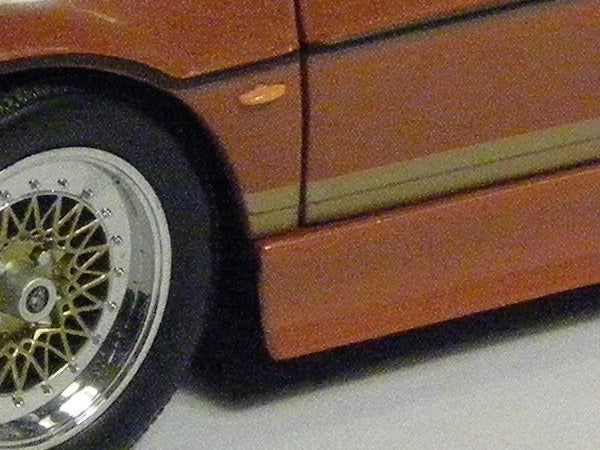 The noise is very visible at 800 ISO, but it would still look OK on a small print. 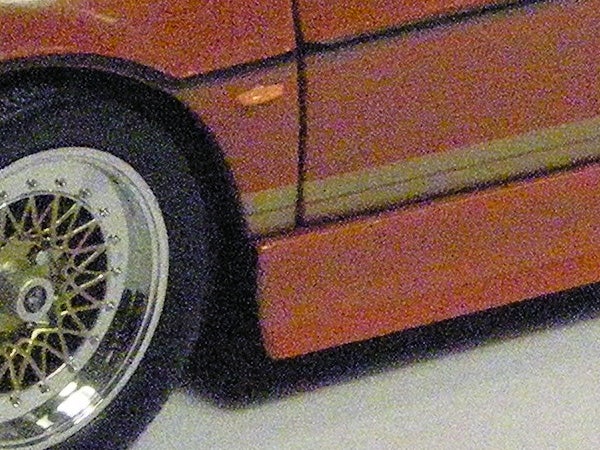 Image quality is greatly reduced at 1600 ISO, with severe noise and degraded colour. 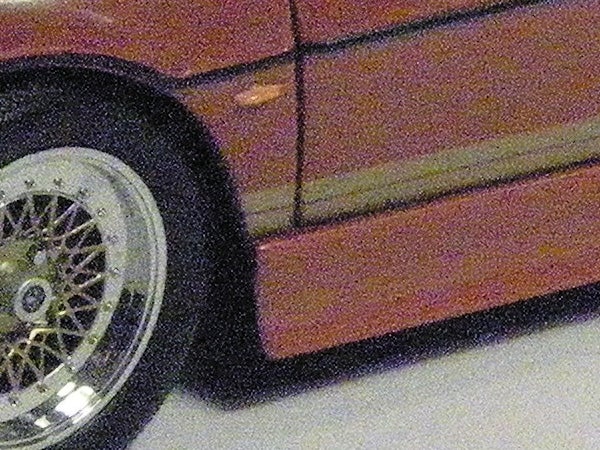 Image quality is worse still at the maximum 2000 ISO. 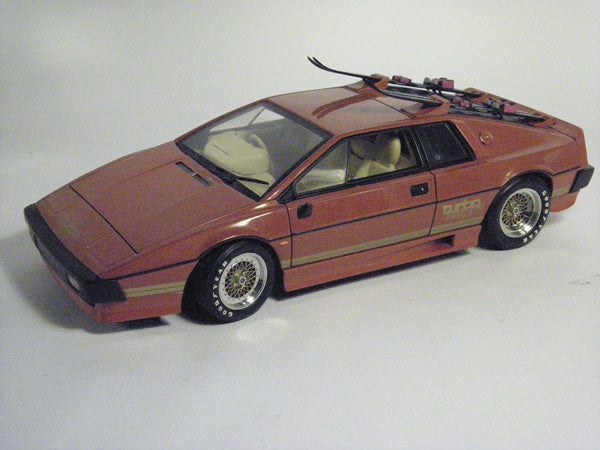 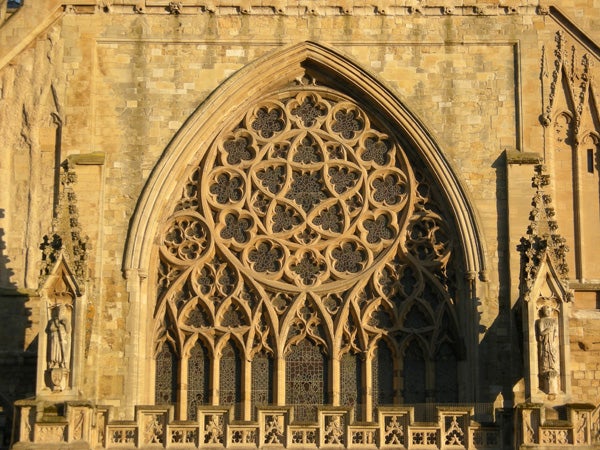 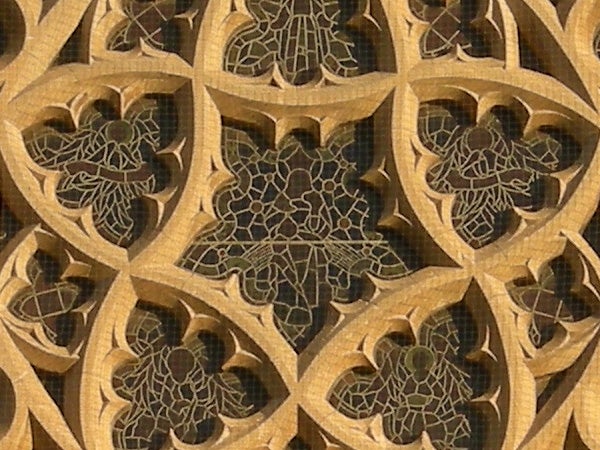 The level of detail is good, but no better than most other 8MP compacts. 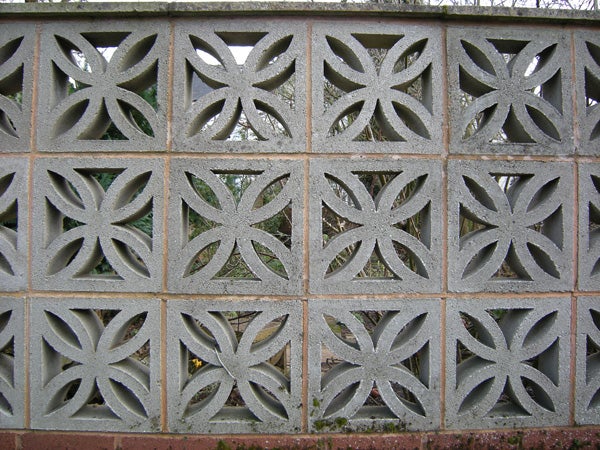 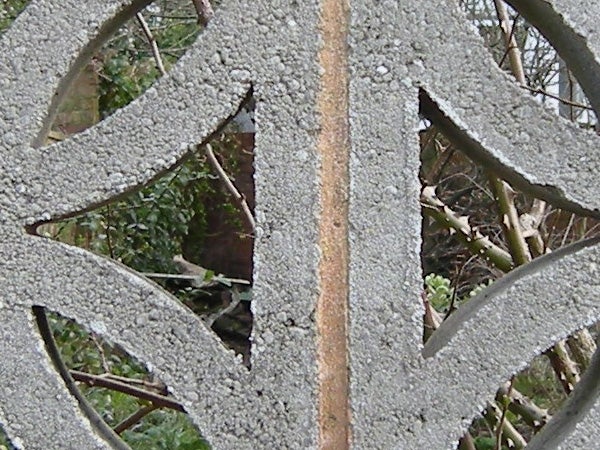 Sharpness at the centre of the frame is good, if a little over-sharpened. 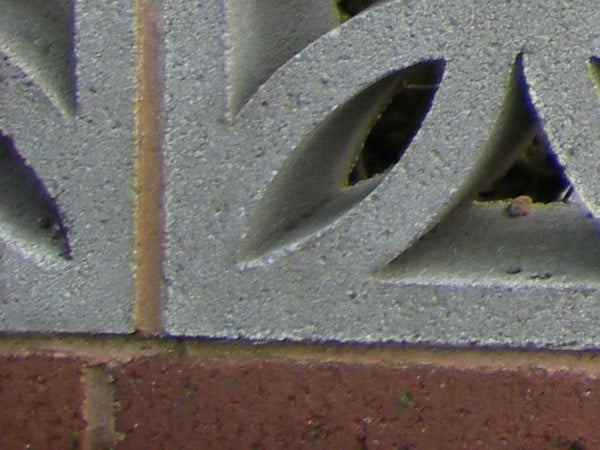 Corner sharpness is also good, but there is some chromatic aberration. 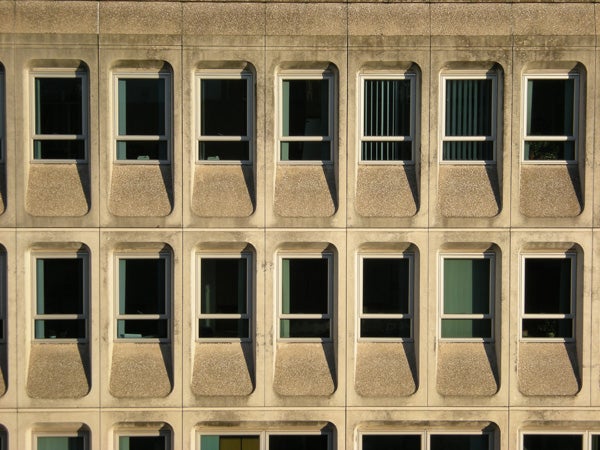 The lens produces slight pincushion distortion at the telephoto end. 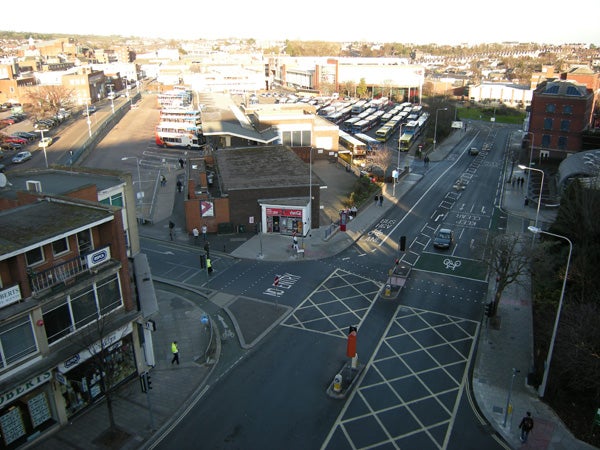 The wide angle end of the zoom range is 28mm, useful for wide panoramic shots. 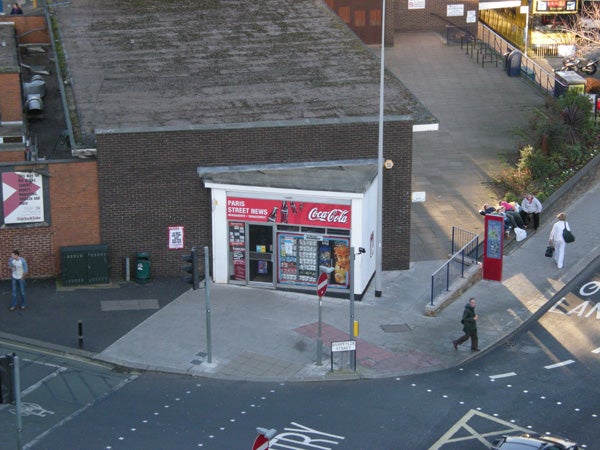 The telephoto end is equivalent to 102mm, no better than most 3x zoom compacts. 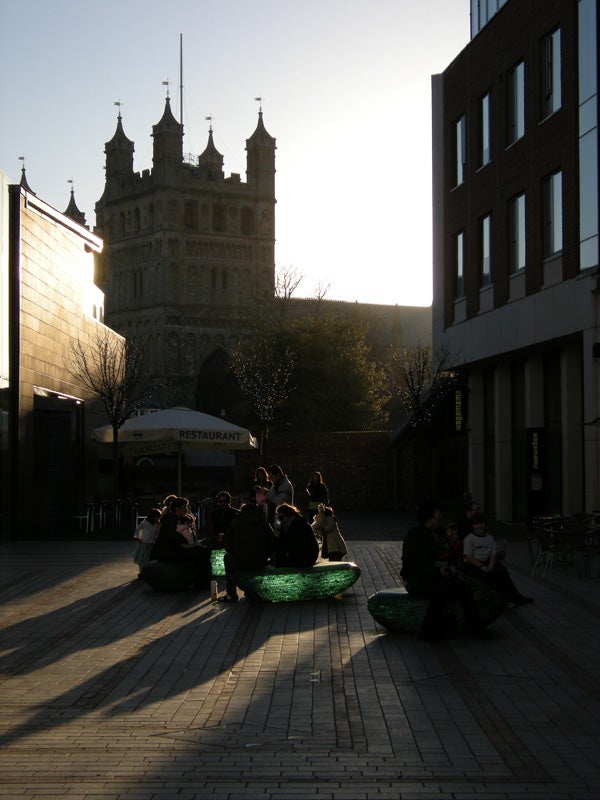 Dynamic range is pretty good, with good shadow detail although there are burned-out highlights. 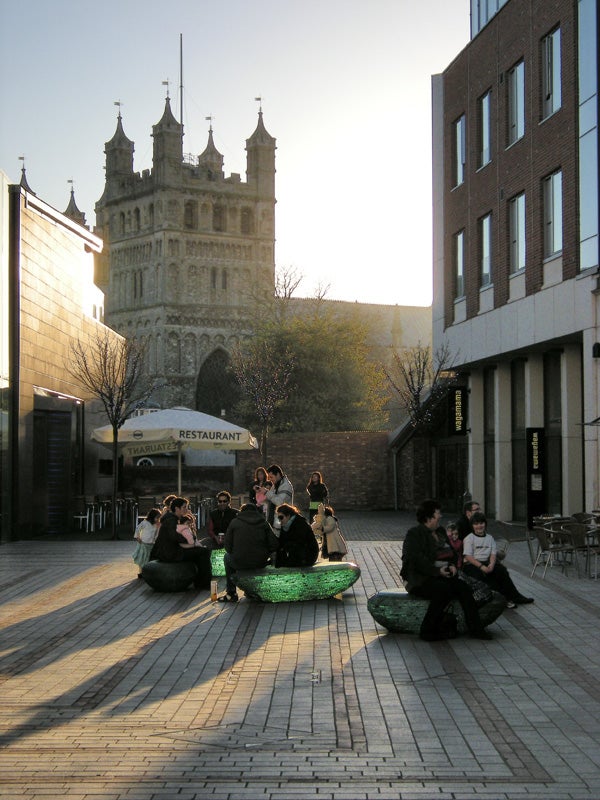 This is the same shot, but processed using the D-Lighting function in playback mode. 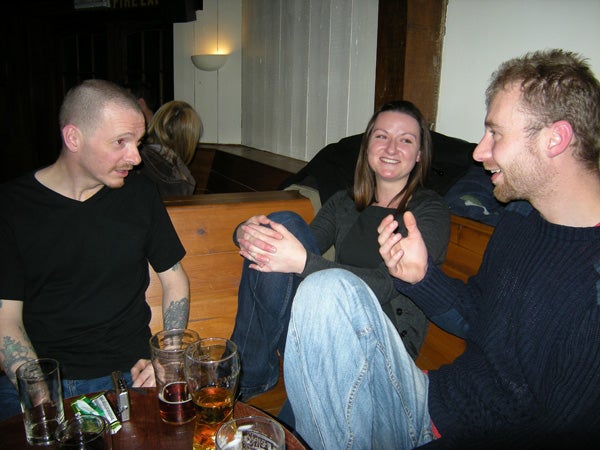 Close-range flash exposure is well metered, and the range isn’t bad either.