The Nest Protect is the smartest smoke detector you can buy – and the least annoying; but it's quite expensive

What is the Nest Protect?

Now on the second generation, the Nest Protect remains the smartest, most feature-packed smoke detector on the market. It’s also the least annoying such device.

With automated rules that can safely light a path out of your home and a choice of battery-powered or wired models available, the Nest Protect is a smart smoke alarm. There’s no getting away from the fact that it’s expensive, however.

The Nest Protect looks futuristic. Sporting a square body with rounded edges it’s a little wider than most smoke alarms, but it isn’t as deep (135 x 135 x 39mm). And, as far as such devices go, it’s pretty attractive. 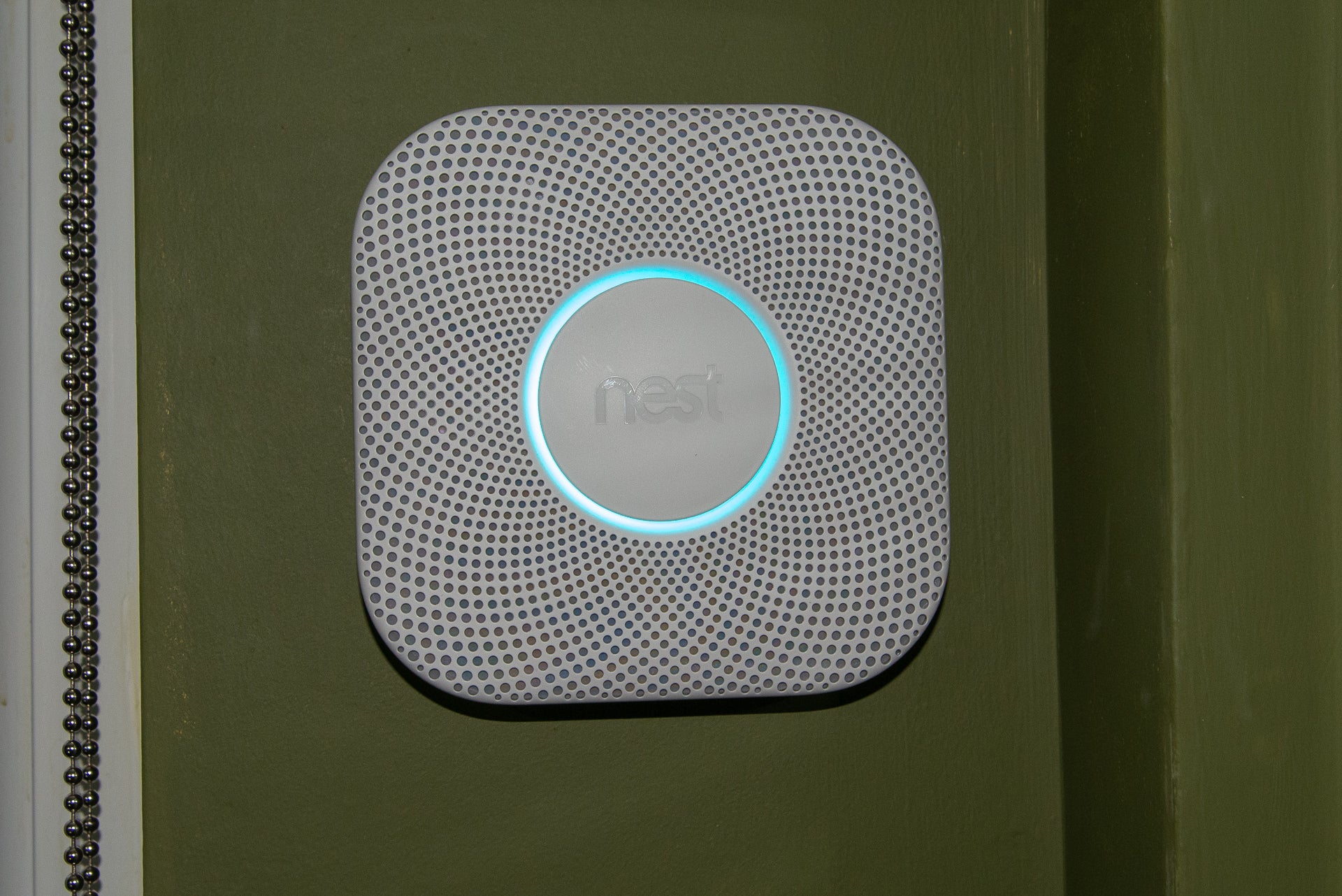 Battery life on the AA-powered model depends on usage, but it should easily see you through five years. When batteries are low, you’ll receive a notification – you won’t have to hunt around your home looking for that beeping model. Nest Protect is designed to last 10 years, after which it should be replaced; the same is true of all smoke detectors. 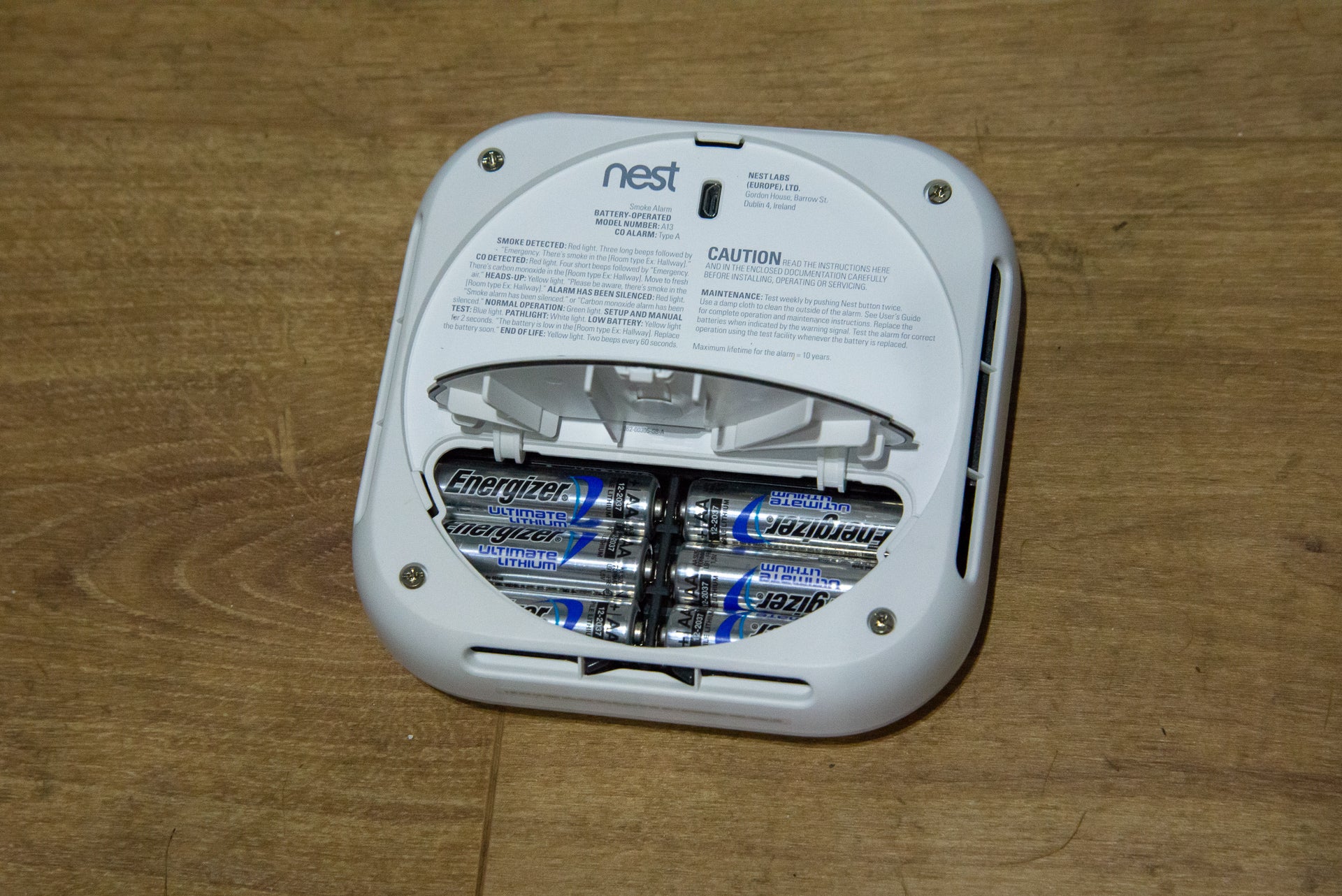 The general recommendation is that you install a smoke alarm in each habitable room of your home and in the hallways too, so you’ll need a fair few devices in the average home. A typical three-bedroom house should have at least six (bedrooms, upstairs hall, downstairs hall and living room).

The Nest Protect isn’t designed for kitchens, although it can be installed there if you place it more than 3-metres away from cooking appliances.

Installation is simple. The best way is to mount the device onto the ceiling via the provided backplate, although it is possible to wall-mount the Nest Protect too. Installation guidelines are included. Once installed, you can use the Nest app to connect and manage the smoke detector. This takes a few minutes to get working.

The Nest Protector has a Split-Spectrum Sensor, which allows it to detect everything from slow, smoldering fires to fast-burning ones. In addition, it has a carbon monoxide (CO) sensor.

Cleverly, the Nest Protect can test itself. It checks the batteries and sensors, and it can even use Sound Check to ensure that the speaker and siren are working. Impressively, it does this quietly, so you won’t be startled by the alarm going off in the middle of the night. If anything goes wrong, you’ll receive a warning in the app. 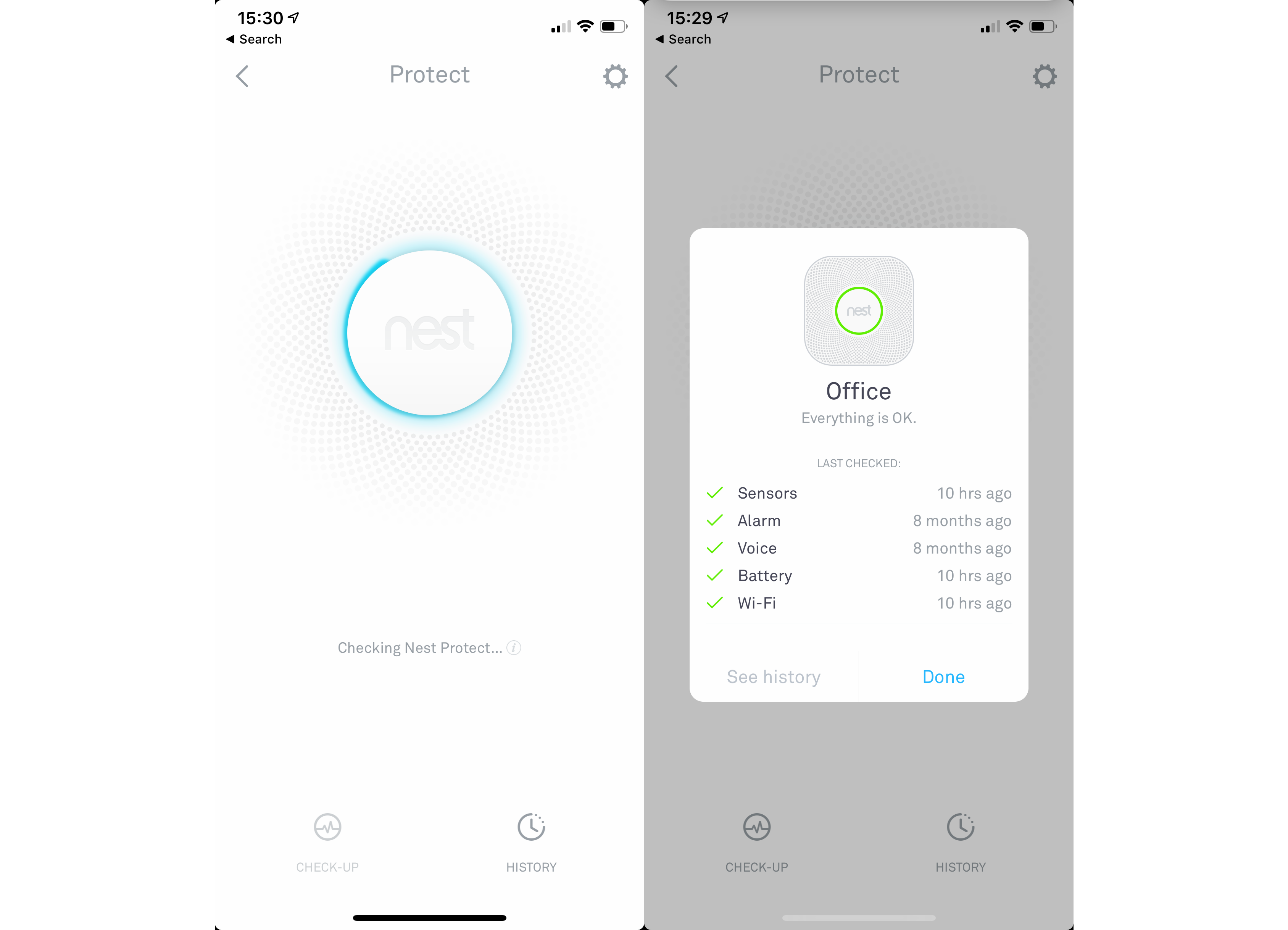 At night, Pathlight uses the LED ring to gently light your path as you pass beneath it. The gentle glow is just enough to enable you to see where you’re going. You can turn this feature off if you prefer – although, unless it’s bothering you in a bedroom, I wouldn’t bother. 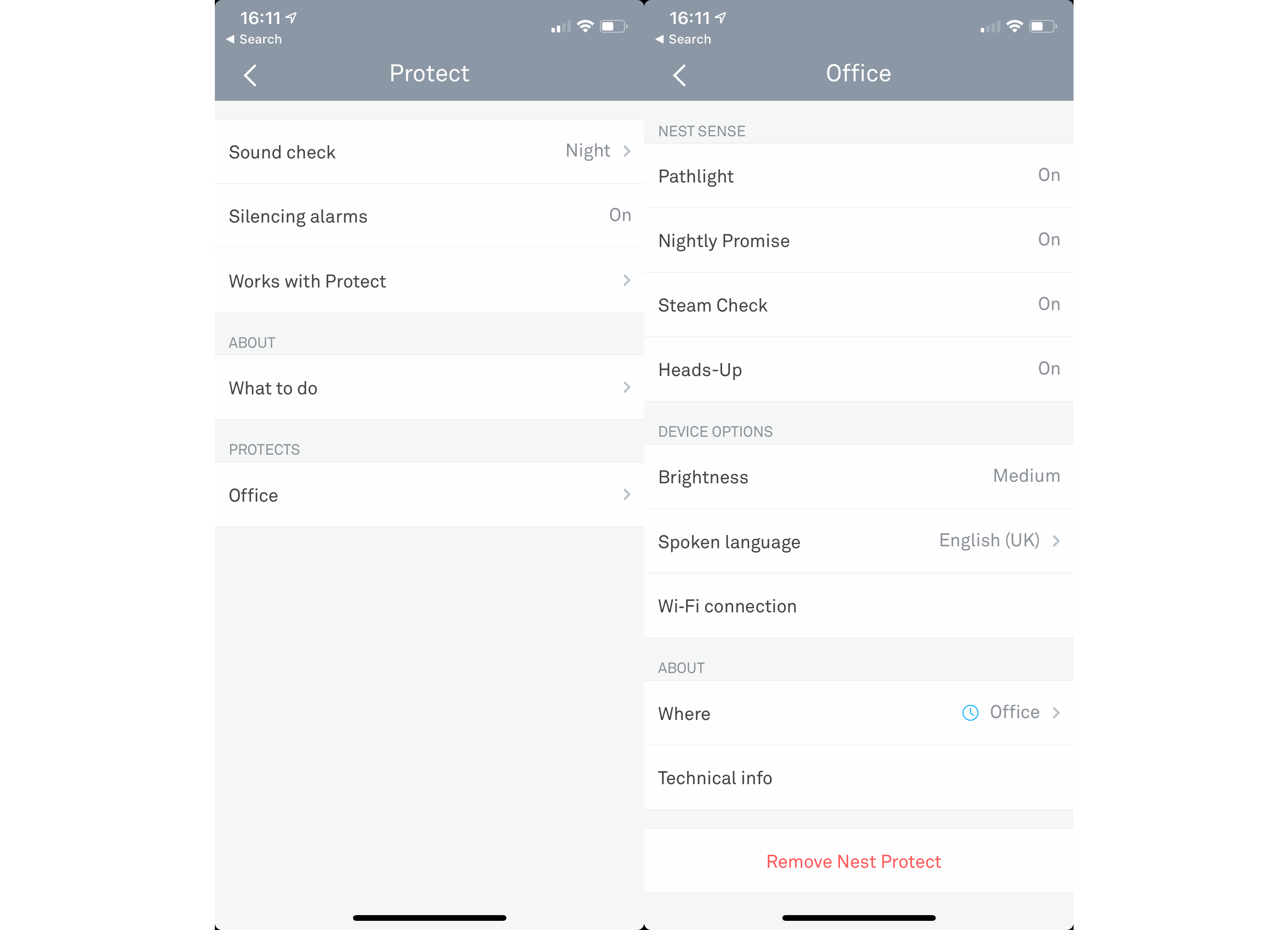 When the Nest Protect spots something wrong, you’ll first receive a spoken notification – “Smoke has been detected in the office”, for example. That’s before the 85dB alarm kicks into action.

Works with Nest automated rules make the Nest Protect even better. If you’ve got a Nest Learning Thermostat, Nest Protect can shut down your gas boiler if it detects a carbon monoxide leak, preventing a wider spread.

For smoke alerts, Nest cameras – such as the Nest Hello – can be set to automatically turn on and start recording, so you can see exactly what’s going on. Works with Nest extends to other products, too. If you have Philips Hue lights, for example, you can have your lights flash red, before turning to a dimmed red state to help you find your way out.

If you’d rather program your own features, there’s an IFTTT channel that lets you control other devices when the Nest Protect detects smoke or CO.

Nest Protect has proved itself to be super-reliable. It didn’t go off with a bit of burnt toast, even with the device placed in the hallway, just outside the kitchen.

Testing with a smoke detector spray, the Nest Protect announced that it had detected smoke and then, shortly thereafter, sounded the very loud alarm. What’s impressive about the Nest Protect is how quickly you can silence the alarm, either through the press of a button on the front of the device or using the app. 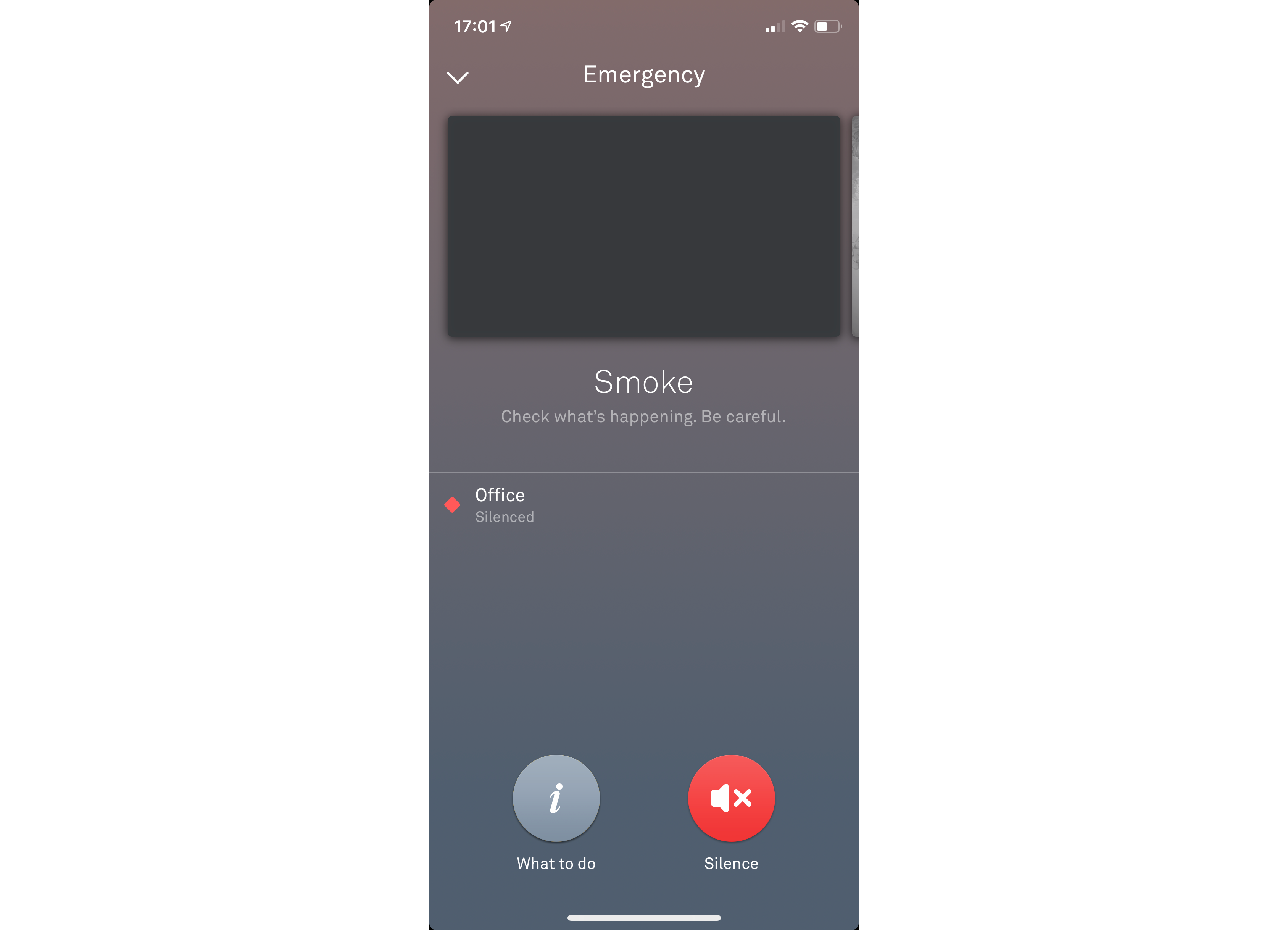 Nest will sound the alarm again if it continues to detect high levels of smoke or CO. Thereafter, as the smoke begins to fade, the Nest Protect will let you know smoke is clearing through the speaker, for example.

Why buy the Nest Protect?

Given that the Nest Protect detects carbon monoxide and smoke, it’s the only detector you’ll need. It’s also the best smart smoke detector I’ve tested. The simple voice notifications are enough to give you the heads up over what’s going on, which means you will be able to silence the device before the alarm is set off.

Self-checks, Pathlight to help you find your way around and Works with Nest rules just add to the smart simplicity of this device. Yes, Nest Protect is quite expensive, particularly when you have to kit out a full house, but it’s also quite brilliant.

The Nest Protect is the smartest smoke detector you can buy – and the least annoying; but it’s quite expensive.