If there was ever proof that technology convergence isn’t always a good thing, computer monitors are a case in point. Not long ago, the next step up above a resolution of 1,680 x 1,050 was 1,920 x 1,200. However, the 16:9 aspect ratio used by TVs is now to be found on many monitors too. This is attractive to panel manufacturers as more can be produced at the factory from a single sheet of glass and the lower costs do mean monitor prices have come down – however, we still hanker after those missing 120 pixels.


The NEC Multisync EX231W is a typical example. Nominally, this is a business-focused screen, but its 23in display indeed offers a Full HD 1,920 x 1,080 resolution. We happened to have one of our favourite monitors, the Dell UltraSharp 2410, on the desk next to the NEC, and the difference in a Word document opened at 100 per cent equates to over a paragraph; we know which we prefer.


This aside, the MultiSync EX231W is nevertheless an impressive monitor – as you would expect from a manufacturer such as NEC, which has consistently impressed us with its efforts in the past, such as the MultiSync EA231WMi. 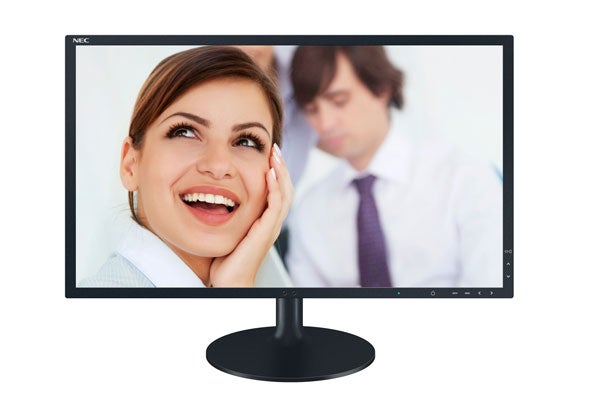 The MultiSync EX231W is slightly more affordable that the EA231WMi, but then it should be, as this is a TN rather than an IPS screen and has fewer options in terms of connectivity.


The EX231W impressed immediately when we took it out of the box. For a start, it’s slender and lightweight. That’s not to say the construction is flimsy, but we appreciated being able to place it so easily onto the desk. Its svelteness comes from the fact that it is LED backlit, negating the need for bulkier CCFL bulbs, and it uses an external power supply, so only a thin power cable has to be plugged into the rear.


NEC is also a fan of the thin bezel, and the EX231W is a prime example. The thinner bezel has practical benefits if you wish to put multiple monitors close together, and even with just the one display in front of you, it’s easier on the eyes. The stand offers both height adjustment and rotation, so if you want to work on a document in portrait mode you can. It can easily be manipulated with one hand and movement is firm and assured.


Unfortunately, there’s no software to rotate the OS automatically, but it’s easy enough to do in Windows 7. The OSD cannot be turned with it though, so you’ll have to rotate back if you want to change settings.

NEC does provide its own Naviset software, which provides fine control over the monitor from within the Windows advanced display options, but the up-to-date Nvidia drivers we had installed on our test system proved not to be DDI compatible, which meant that the monitor was not recognised.


Connectivity-wise, things are straightforward – there’s a DisplayPort and DVI-I connection on the rear. You can connect up an analogue VGA source though via the supplied VGA to DVI-I cable.


You’ll also find an upstream USB port at the rear, but the only downstream port is located right at the top of the bezel. It’s clearly designed with webcam connectivity in mind. It’s a shame that there’s no extra port at the rear though, as that could have been useful for adding peripherals. Finally, there’s a Kensington lock slot for securing the display to the desk, should you be worried about light fingered visitors, especially as this isn’t the heaviest monitor in the world.


Accessing the menu button brings up a basic OSD that just lets you adjust the brightness. However, you can switch to the full menu, which brings up all the options available. Its look is quite basic, and it could definitely do with a makeover. 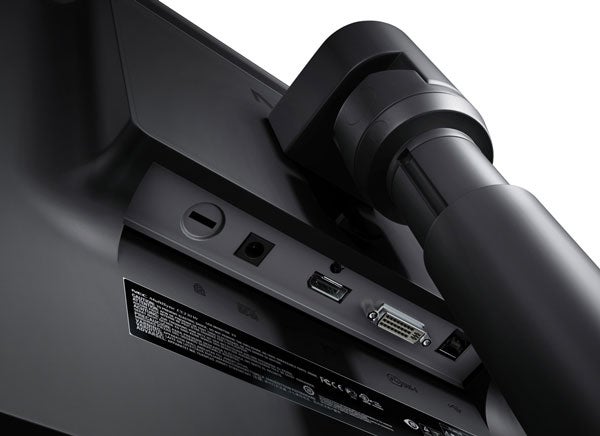 Navigation for this is controlled via touch arrows located on the bezel at the bottom right. Buttons for making selections are mapped to specific areas of the bezel and on-screen info informs you where to press for which function. It sounds clever and intuitive but in fact we found the scrolling buttons hard to control, making it awkward to make the selections we wanted, and we soon wished for a more conventional system.


As befits a high-end make, the MultiSync EX231W is loaded with a few extras, most of which are centred on power efficiency. There are two Eco settings, which essentially reduce the brightness, and you can choose between standard Energy Star and an exact 30 per cent reduction. What’s more, when you select these, the message, “thank you for helping to save the environment’ appears – so you can feel good about yourself for a few minutes. Also, when either of these are selected, elsewhere in the menu another screen will actually display estimated Carbon savings and cost, in a selection of currencies, per KWh. Nobody can accuse NEC of not taking energy efficiency seriously.


Other toys include an Auto Brightness setting that will adjust luminance based on room lighting conditions and a ‘Human Sensor’ that will automatically dim the monitor when it detects that someone has moved away from the screen. We found this overly sensitive so we had to turn it right down to ensure it didn’t activate when we were still sitting in front of the monitor. Once adjusted, this feature worked as advertised.

In terms of raw specs the 250cd/m2 luminance and a claimed 1000,1 contrast ratio means there’s little to get excited about, but at least this is an 8-bit panel.


To test we spent some time working in portrait mode, as it really is beneficial for working on a document such as say, this review. It’s also ideal for viewing web sites – not least TrustedReviews.com.


It’s not ideal for photo work however, as it shows up the limitations of the TN panel quite clearly, with colour shift affecting images when you view them straight on. In regular landscape mode this would be vertical colour shift, but in portrait mode it’s horizontal and you have to move to the side to see the images as they should be.


In landscape mode, we’d characterise the image quality as good. The steps in the Lagom contrast test were all visible, but only when we turned down the contrast settings a few notches from the default. The tricky black level test was negotiated successfully, with all levels visible, while greyscale transitions were smooth. The response time is listed as 5ms, and in the Lagom test it was noticeably better than other displays we have seen – not that this screen is aimed at gamers. That said we did, naturally, give TrackMania nations a run and found no appreciable issue in terms of smoothness. However, when it comes to colour this isn’t the punchiest or boldest monitor around. 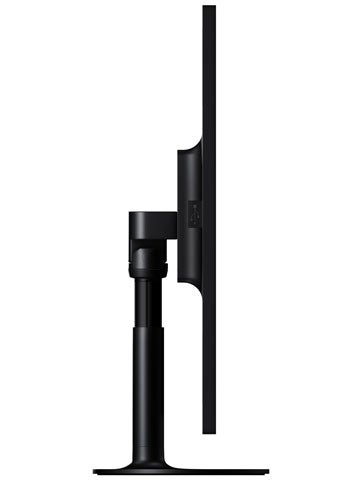 Overall, colours are fairly realistic on the NEC, though the issues with viewing angles meant that the on reds the tone seemed to alter depending on the height of the screen. The ease with which you can change the angle of the display mitigates this to some degree, but we could not recommend this screen for colour-critical work.


That’s not to say the EX231W isn’t a high-quality monitor, only that it cannot escape the fact that it’s TN based. Text was never less than sharp and clear – this is a display that will be easy on the eyes for long periods. Feed it a diet of office documents and general web browsing and it’s in its comfort zone, while the company CFO will certainly appreciate the heavy focus on energy saving.


Unfortunately, its initial purchase price is rather high. For £60 less you can get the BenQ V2410T, which might not be as slim, stylish or well-connected, but does offer the same basic features (full adjustability and an LED-backlit, Full HD screen). Meanwhile, Samsung’s SyncMaster F2380 throws a superior cPVA panel into the mix, and if you don’t require adjustability, the MVA-based VW2420H offers better image quality again. Most importantly, both these latter alternatives are around £200 or less, making the premium NEC charges difficult to justify unless you prefer form over substance.


Despite being based on a TN panel, NEC’s MultiSync EX231W continues the company’s reputation for high quality monitors. It doesn’t sport a wealth of connectivity options and it’s not the most vivid image around, but for everyday use, this is a well-designed and slender display with solid image quality. If only it were priced lower it would enjoy broader appeal.