The MSI Optix MAG272CQR is well balanced, offering great quality and decent features, but this monitor isn't perfect. It has some irritating design flaws and suffers from slight ghosting alongside underwhelming screen modes. Coming in slightly cheaper than similar quality rivals, though, the MSI is a well-rounded option for single-player gaming and most eSports scenarios.

The MSI Optix MAG272CQR is a monitor that wants to be all things to all gamers.

It has a rapid 165Hz refresh rate that should sate eSports fans, alongside a 1440p resolution and a curved design that will make single-player experiences more immersive.

The MSI’s trio of key features make for a compelling specification for all sorts of gaming scenarios.

The 165Hz refresh rate, for instance, is a step beyond more common 144Hz screens, and means that gaming on this panel will be a little smoother. Note, too, that the MSI supports AMD FreeSync 2, so it will work with both AMD and Nvidia graphics cards. 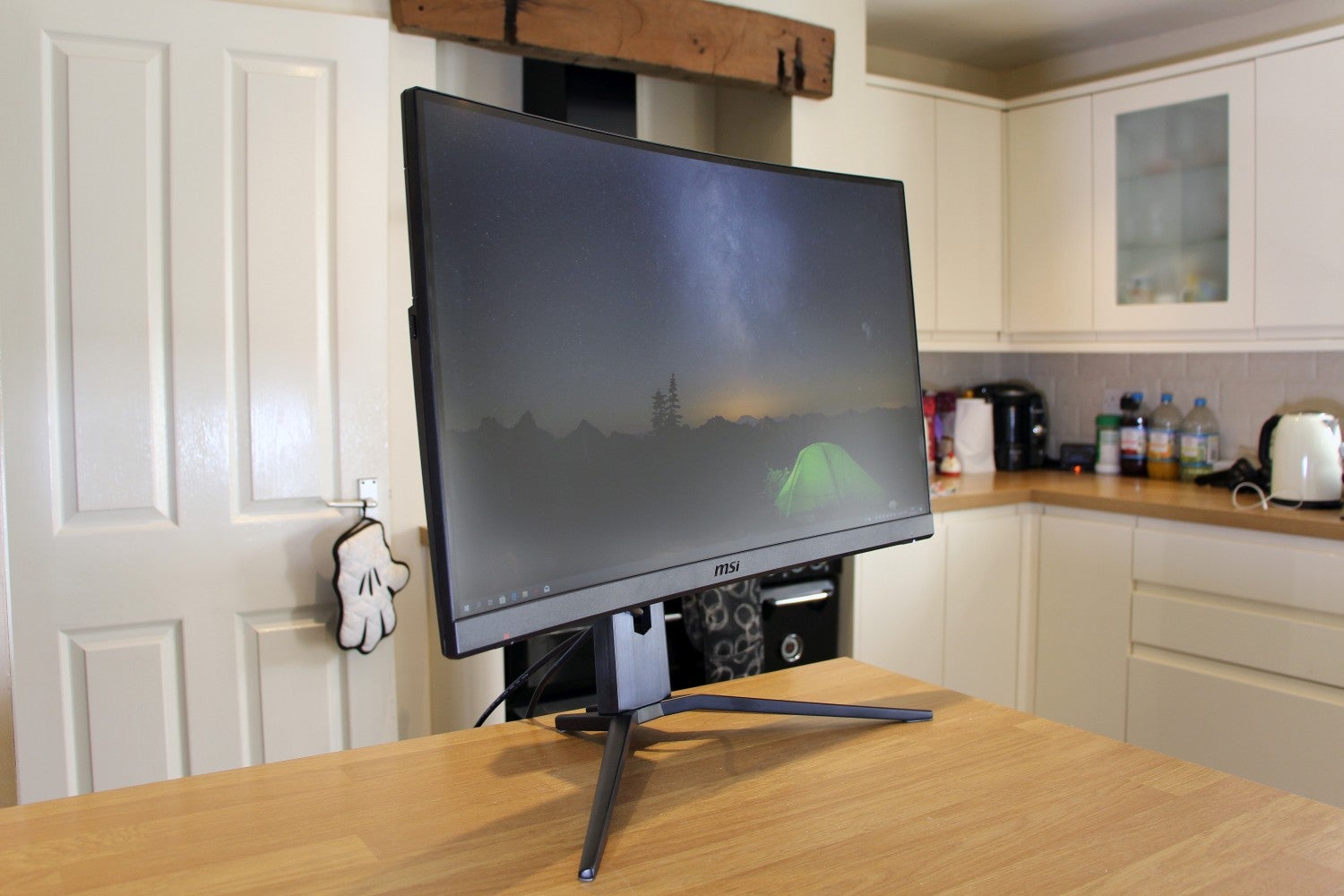 That refresh rate does come with caveats. The jump from 144Hz to 165Hz isn’t huge: the lower figure is already smooth enough for the vast majority of games, and the latter will provide only a modest improvement. However, for competitive players and keen gamers any gain in smooth, fast operation will be a boon.

You’ll also need to ensure you have a graphics card that can drive your games at up to 165fps in order to truly get the most from this screen.

It’s a welcome upgrade from 144Hz, though, and this MSI is a more affordable prospect than the 240Hz screens hitting the market – to get the MSI’s specification at that refresh rate would cost around 50% more than what you’re paying here. 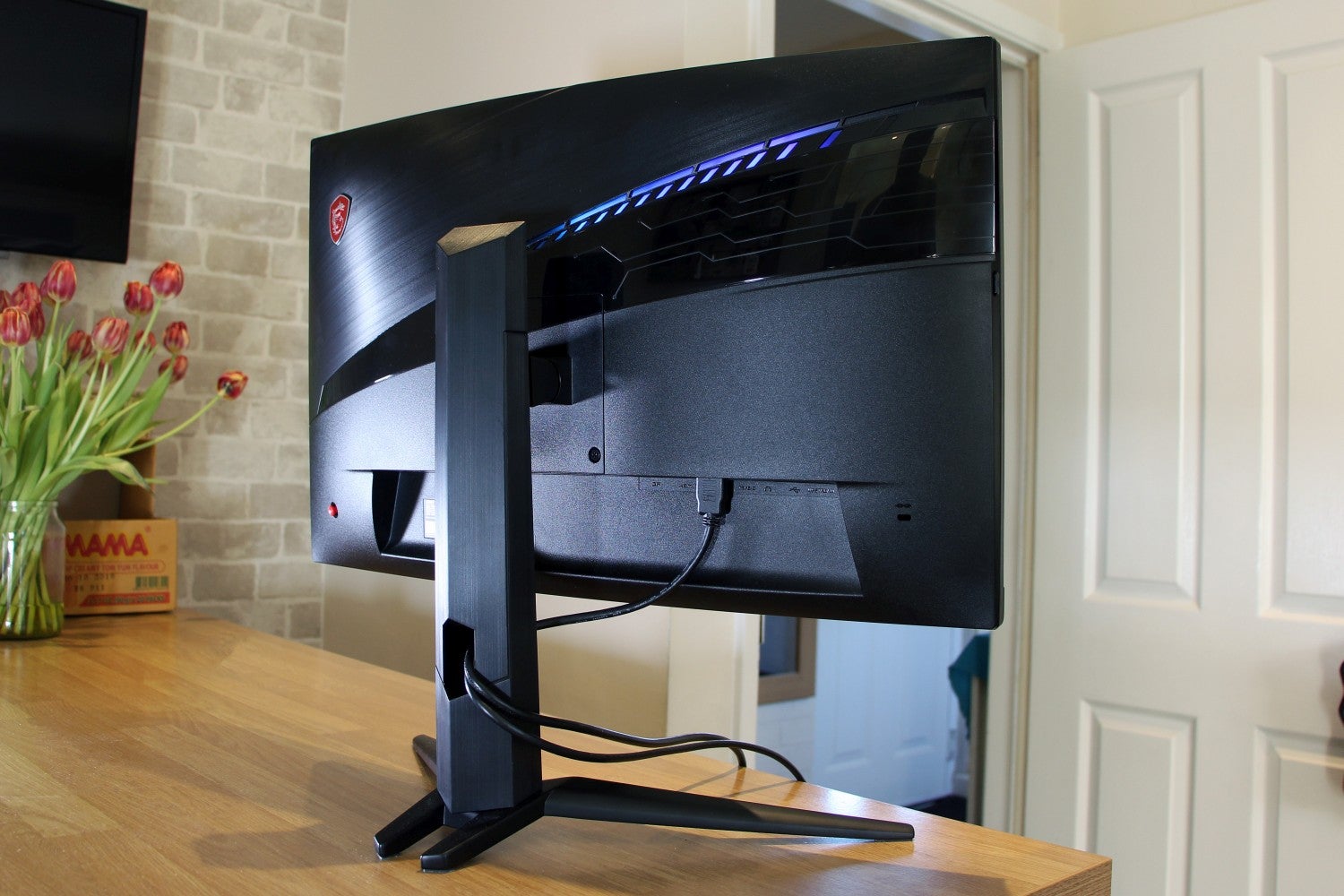 The MSI’s 2560 x 1440 resolution is solid; it’s high enough to provide good real-estate for gaming. The resolution combines with the 27in diagonal to deliver a density level of 109ppi, which ensures games look super-sharp. You’ll only gain a big improvement here by buying a 4K screen.

The third design decision concerns the shape of the display. The MSI has a 1500R curve, which is a bit tighter than the 1800R design of most curved screens. That is ideal for the MSI’s relatively modest 27in diagonal, resulting in a more noticeable curve that has greater impact when it comes to immersion.

Sitting beneath all of this is a VA panel. It’s no surprise MSI has chosen VA: these screens offer contrast that easily outstrips IPS and TN screens. However, VA panels are slightly slower when it comes to rendering motion, especially when compared to TN displays. 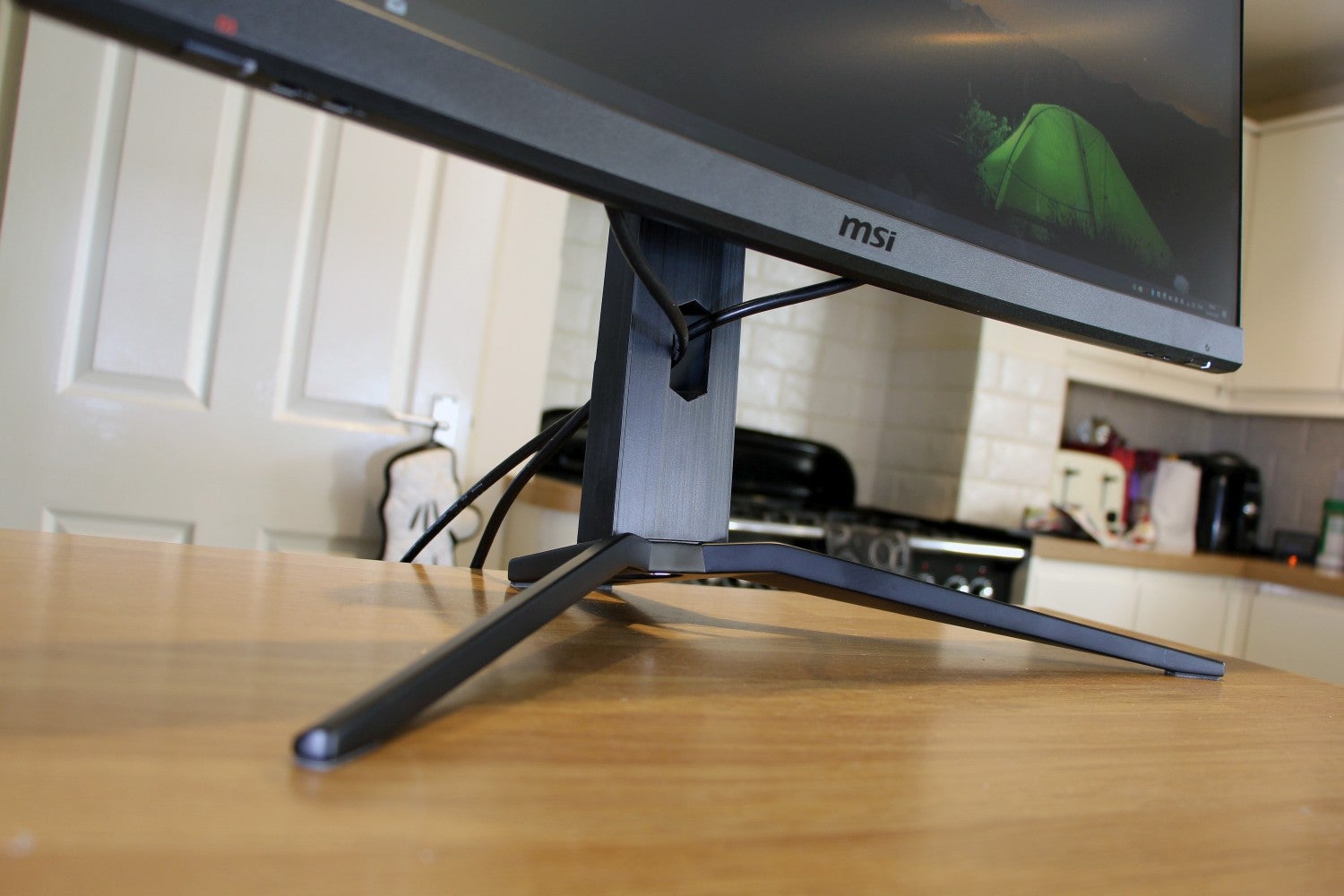 The VA screen has a 1ms response time, which is excellent; it’s easily good enough for eSports.

On the outside, the MSI looks good: it has smart, slim feet, sporting a brushed metal effect across many of its plastic panels. There’s a band of RGB LEDs across the rear too.

Build quality is reasonable. While there’s a degree of give in those panels, the MSI is easily sturdy enough to be taken to LAN events. Its 5.9kg weight isn’t too cumbersome, and the monitor includes a headphone hook – handy since the MSI has no speakers.

OSD and setup – Its joystick makes navigation a breeze

The MSI isn’t the easiest display to build. While its base attaches to the stand with a simple thumbscrew, the stand doesn’t use a tool-free mechanism to attach to the screen – you’ll have to get a screwdriver out. 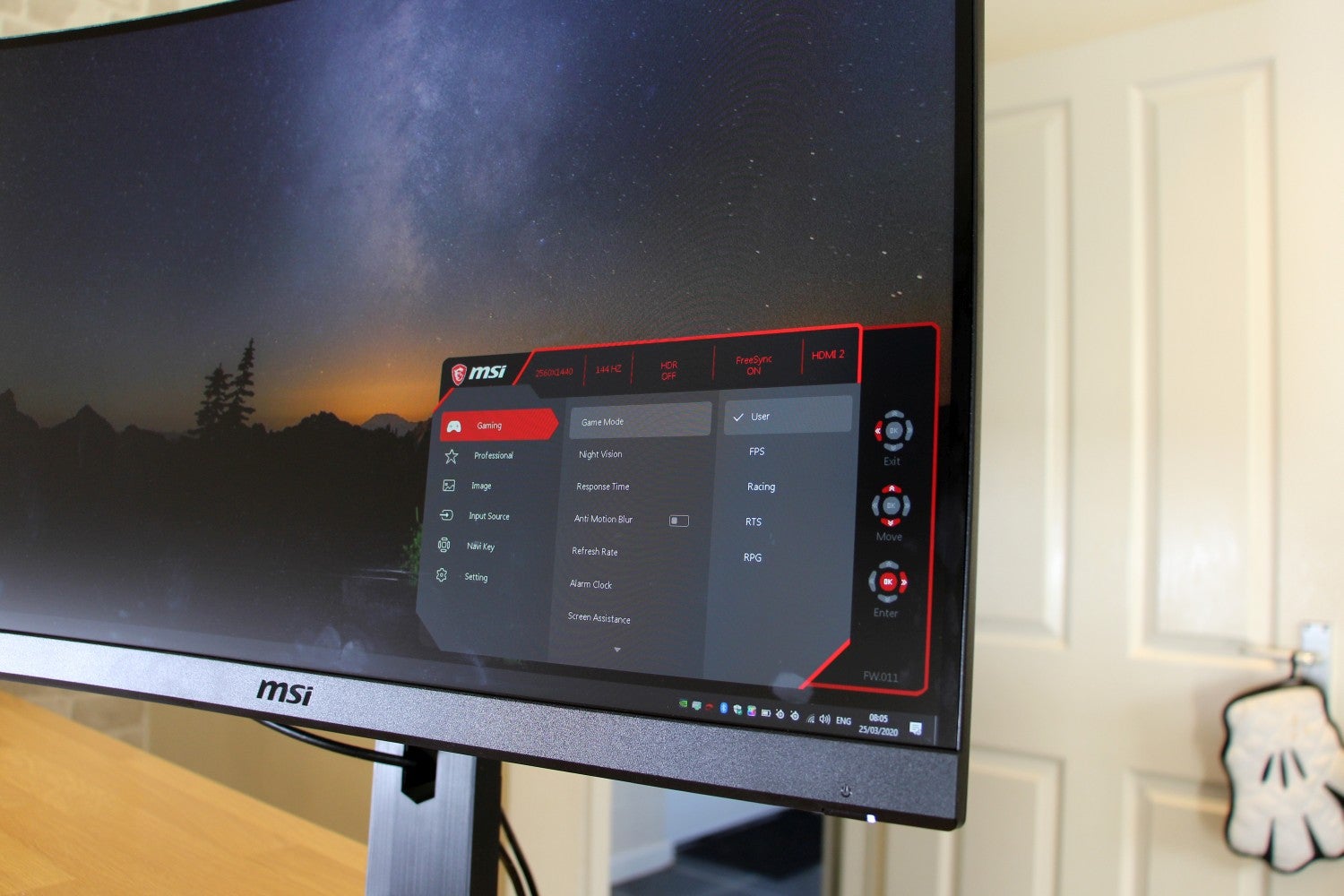 I’m pleased to see the usual DisplayPort and HDMI ports alongside USB Type-C, which can be used for display input and device charging – and the MSI also has two USB connections.

However, those USB connections are of the slower USB 2.0 standard, and they’re crammed in around the rear of the screen, which makes them tricky to reach. 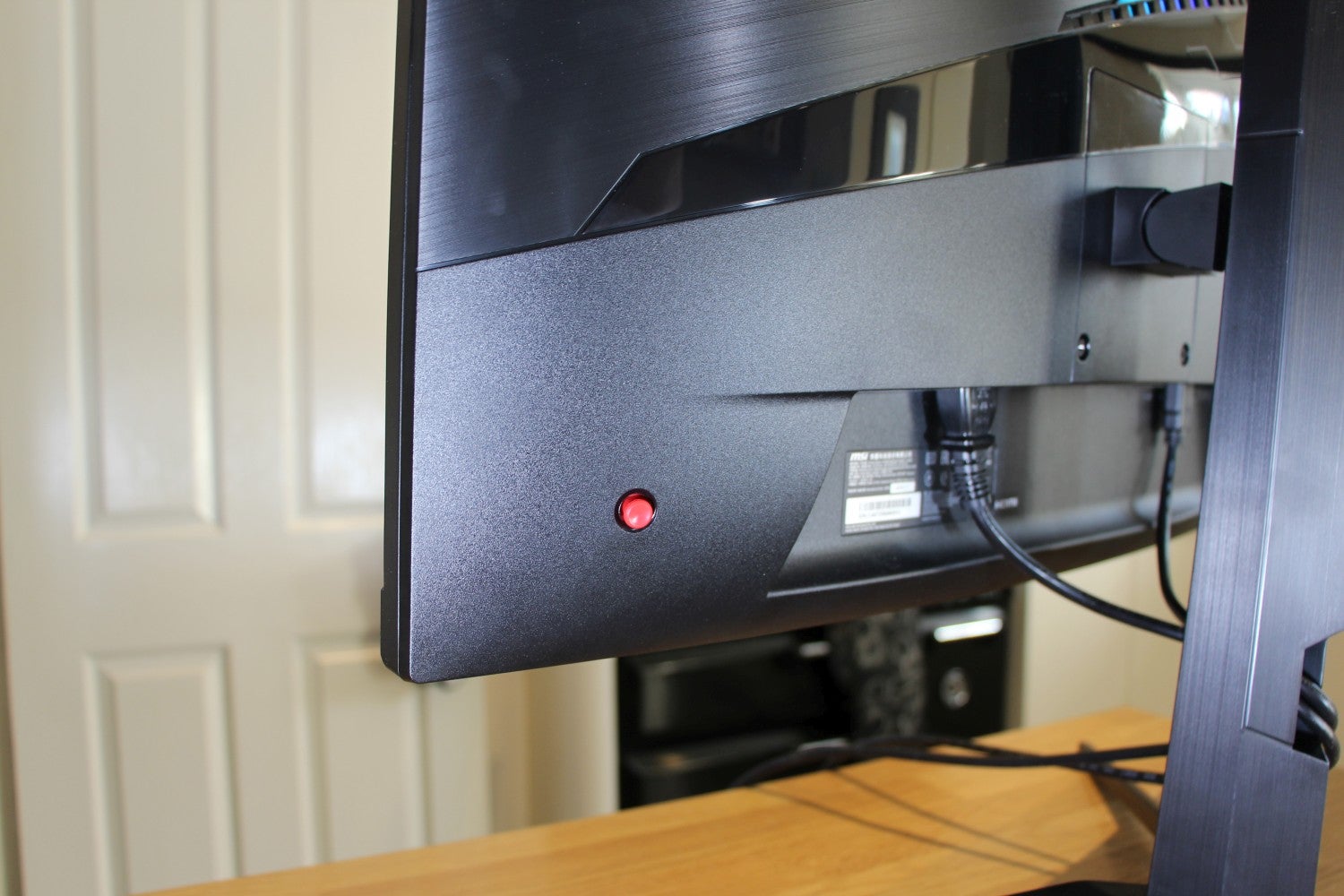 Get the MSI built and connected, though, and it’s far easier to use. The OSD and the quick-select menus are navigated using just one joystick, and it works well – everything is fast, clear and well organised. The OSD is attractive, and always has key information available.

The MSI has a reasonable 130mm of height adjustment, and it tilts back and forward. It also supports 100mm VESA mounting. However, the screen can’t swivel and doesn’t support portrait mode.

The MSI Optix MAG272CQR offers great image quality without any major adjustments. Out of the box, it delivers a brightness level of 229 nits – this isn’t an outstanding figure, but it’s easily good enough for gaming.

That brightness result is bolstered by a black level of 0.09 nits, which is superb; it’s better than any IPS screen at this price. The result is that darker areas in games display incredible depth and subtlety.

Those numbers result in a contrast ratio of 2544:1. That’s a little short of MSI’s quoted 3000:1, but it hardly matters – it’s a fantastic figure that easily beats any IPS screen. It means games present huge vibrancy, depth and variation – no matter the colours displayed onscreen. 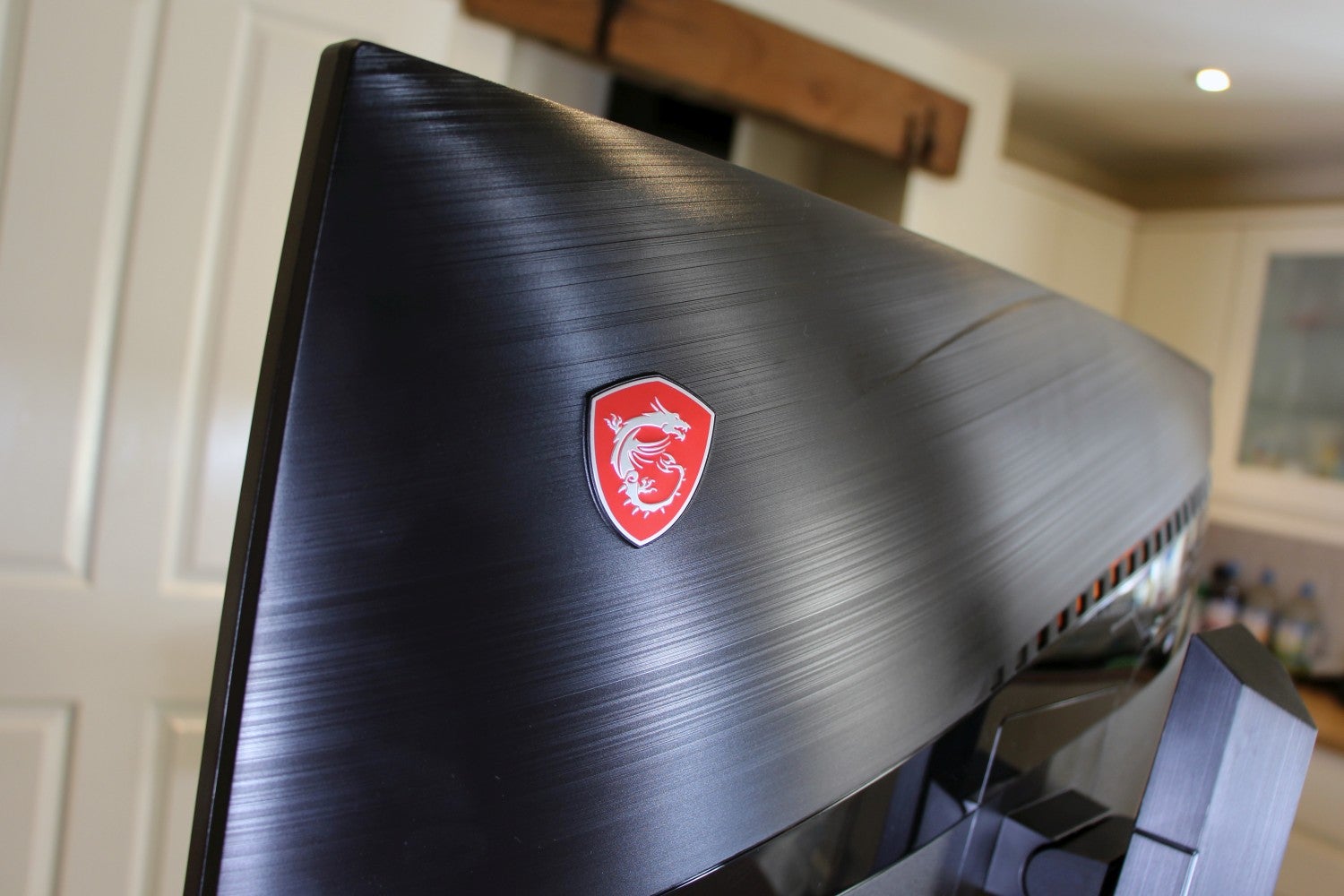 Those colours are reasonably accurate too. The MSI’s Delta E of 2.07 is good – it hovers around the point where human eyes won’t detect issues. The colour temperature of 5989K is a little warm, which means white areas have a slight red pall. Nevertheless, the temperature doesn’t have a noticeable impact during the vast majority of gaming situations.

The MSI’s solid Delta E figure was joined by an sRGB coverage level of 99.4%, which means this screen can render any shade that a game will need using conventional settings. Uniformity is good too: the screen’s backlight only differed by 11%, which is better than most curved screens.

The Optix MAG272CQR does have some image quality issues. The various gaming genre modes aren’t worth using – they all hamper colour accuracy. Don’t buy this screen for HDR, either: while MSI says this screen is “HDR-Ready”, the MSI’s backlight isn’t strong enough to provide a solid boost despite the great contrast. 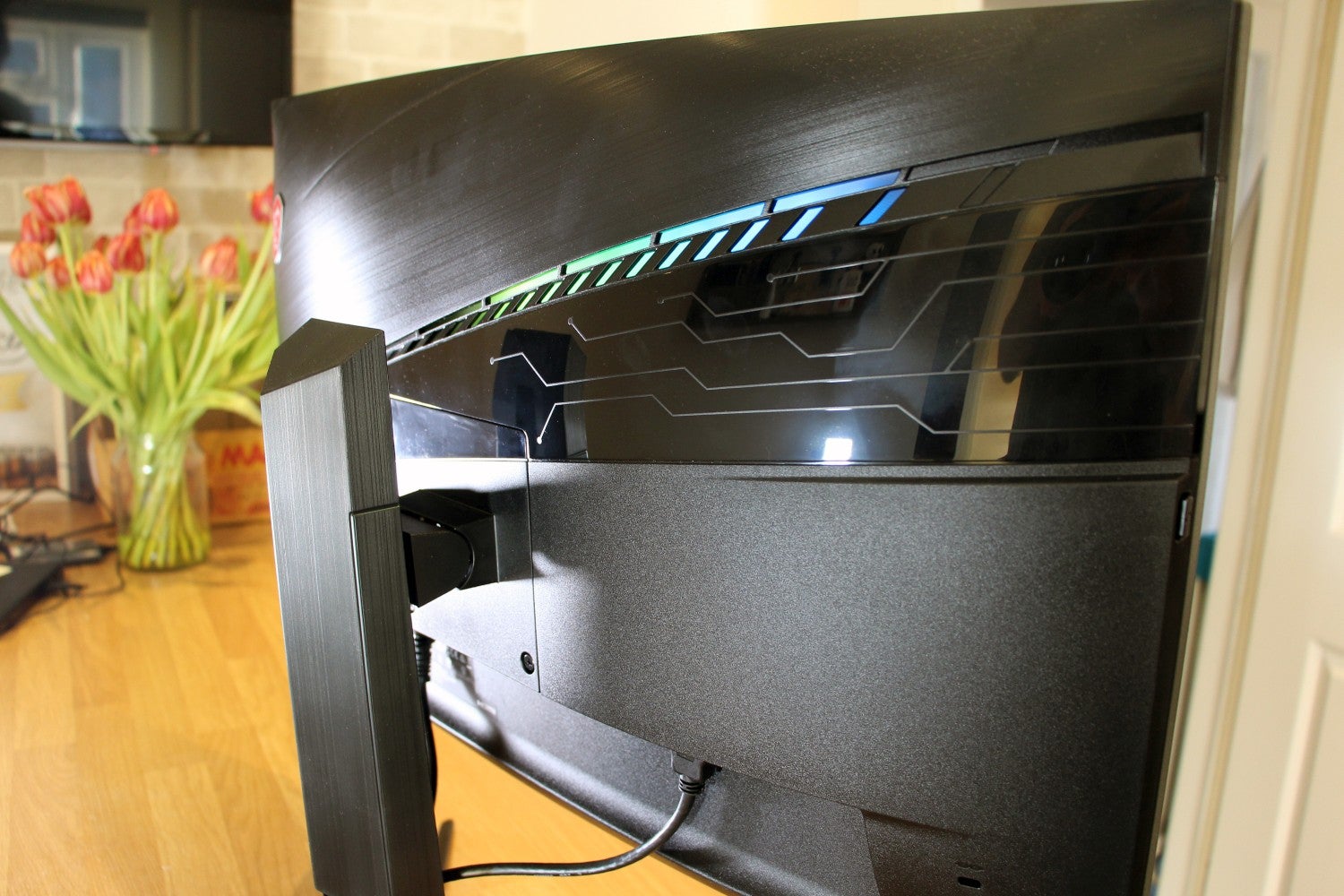 The overdrive settings aren’t flawless, either – with the more aggressive overdrive options selected, there’s a tiny bit of ghosting visible during fast-paced gaming. The vast majority of people won’t use those overdrive settings, let alone notice this – but top-tier eSports players should bear this in mind.

Should you buy the MSI Optix MAG272CQR?

However, this monitor isn’t perfect. It has some irritating design flaws and suffers from slight ghosting alongside underwhelming screen modes. You’ll also need a hefty graphics card to play some games at the speeds required for 165Hz operation.

Price-wise, it comes in cheaper than most other screens with these features. The MSI MAG272CQR is an impressive, well-rounded option for single-player gaming and most eSports scenarios.