What is the Motorola Sphere+?

You can imagine how the meeting went. A big cheese at Motorola had seen Nintendo’s Switch and wanted his R&D team to come up with something similar. A gadget of two parts that could be used both at home and out and about.

The result is the Sphere+, a mains-powered Bluetooth speaker that doubles as a docking station for its own pair of wireless headphones. The speaker will charge the headphones when they’re in-situ. However, the two parts also work independently, so you can remove the cans as you head out of the door and use them with your phone on your commute, while somebody at home streams music from their own device through the speaker.

It’s a neat idea, but aside from offering a convenient way to charge the headphones, does it really offer any real-world benefits? And does the sound quality of both justify the fairly steep £180 price tag? 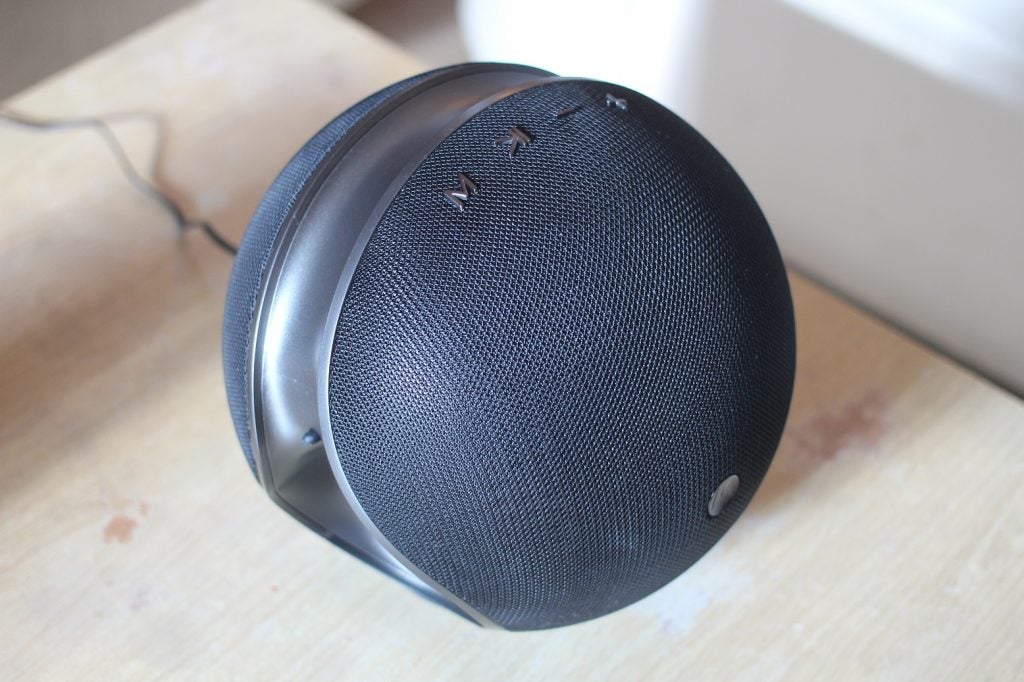 With the headphones in place, the Sphere+ looks a little like the head of a crash-test dummy, with the Motorola logo on the front acting as a mouth. The two hemispheres are covered in a black fabric mesh that seems prone to picking up detritus, while the plastic around the base looks and feels cheap.

It isn’t ugly as such – but it’s a long way from being beautiful. Considering it’s bigger than an Apple HomePod, it’s much lighter than it looks, which doesn’t bode well for the sound quality.

Round the rear of the unit are a bass port, auxiliary input and DC power connection. There are four buttons across the top: play/pause; plus and minus symbols that adjust the volume or skip tracks; and a big letter M, which switches between Bluetooth mode and aux in. They’re not the worst buttons you’ll ever press, but they do feel a little like they came off a Goodmans iPod dock from about 2005.

As far as your Bluetooth source is concerned, the headphones and speaker are two discrete devices. As such, they need to be paired separately – but with the cans docked they act as one. Remove them and the music will stop playing through the speaker and switch to the headphones instead, although the transition isn’t quite as seamless as you’d hope. 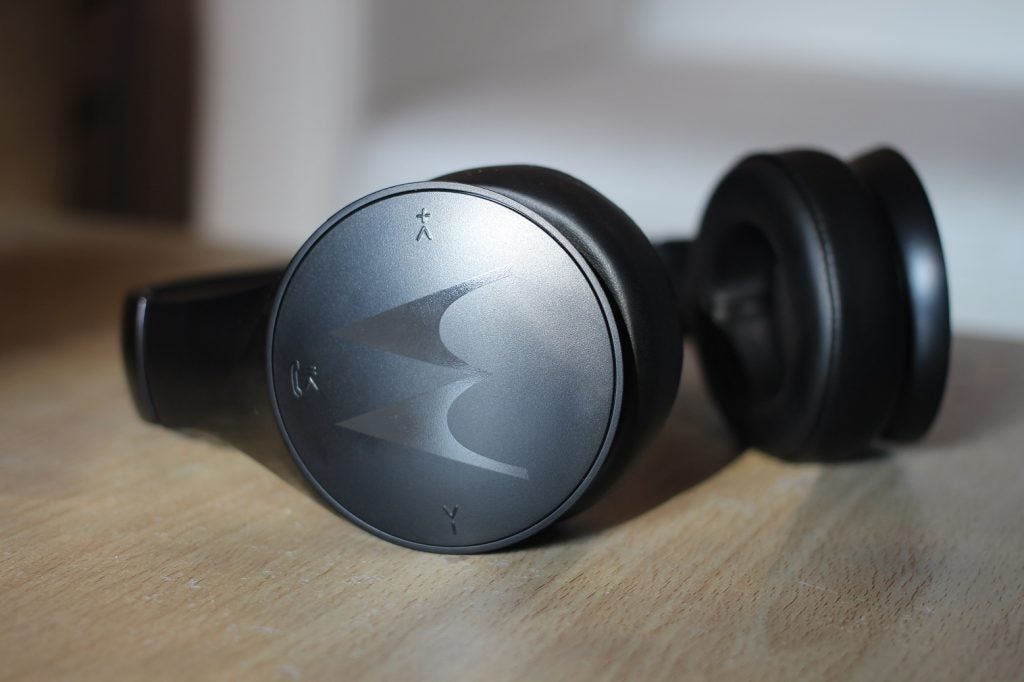 For starters, the chunky padding on the ear cups means they don’t slide on and off the dock as smoothly as you might expect. Playback doesn’t continue uninterrupted either. Once you’ve got the headphones on you have to press the built-in play button for the song to continue, although it takes a good few seconds for the Bluetooth connection to switch from one device to the other.

The headphones are lightweight and very comfortable to wear, but, like the speaker base, the plastic feels very cheap. They do fold up for extra portability, but those ear pads mean they still take up a fair bit of space when collapsed, plus in doing so it almost feels like you’re cracking the headband.

There are playback controls and a button for answering calls on the right ear cup, but they’re not hugely responsive – and you can’t hold them down to adjust the volume more quickly, since this will result in skipping the track. There’s also a micro-USB port, which means you don’t have to take the speaker unit away with you on holiday to charge the headphones while you’re away. 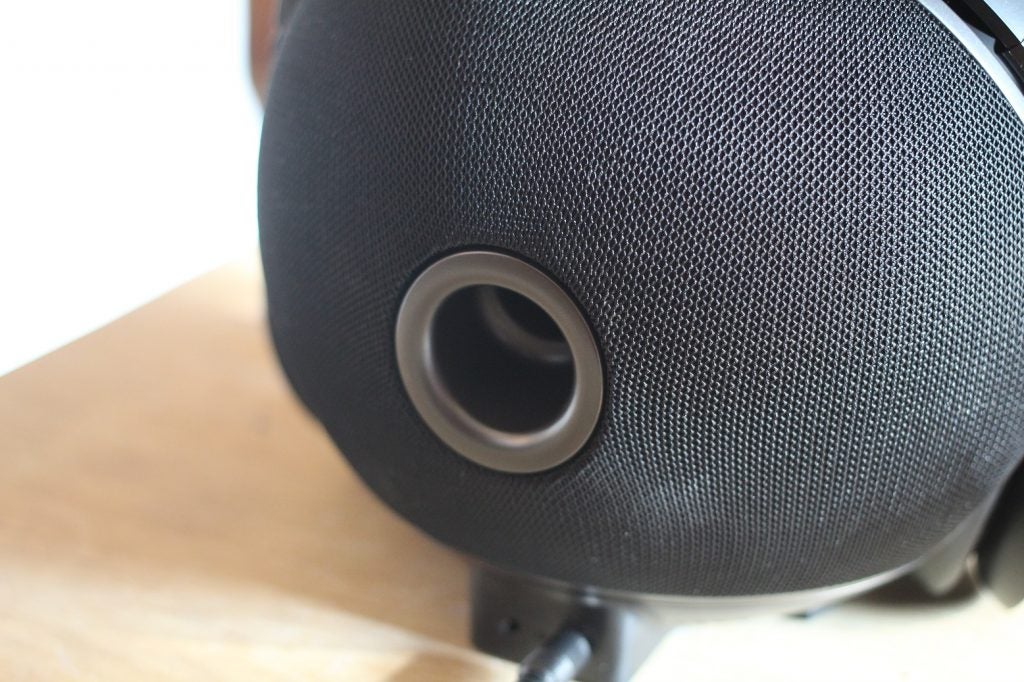 Transferring playback from headphones to speaker seems to be a little quicker, although you still have to press the play button to get it to resume. On a number of occasions, we found playback switching back to the docked headphones and continuing there rather than through the speakers. Not ideal.

But the most annoying thing about the Sphere+ occurs when you stop using it. There’s no power button, so when you’re not using the device you have to disconnect your Bluetooth device, at which point it makes an intermittent beeping noise while it looks for something else to connect to. Even when you get your phone back in range, it doesn’t always reconnect automatically. 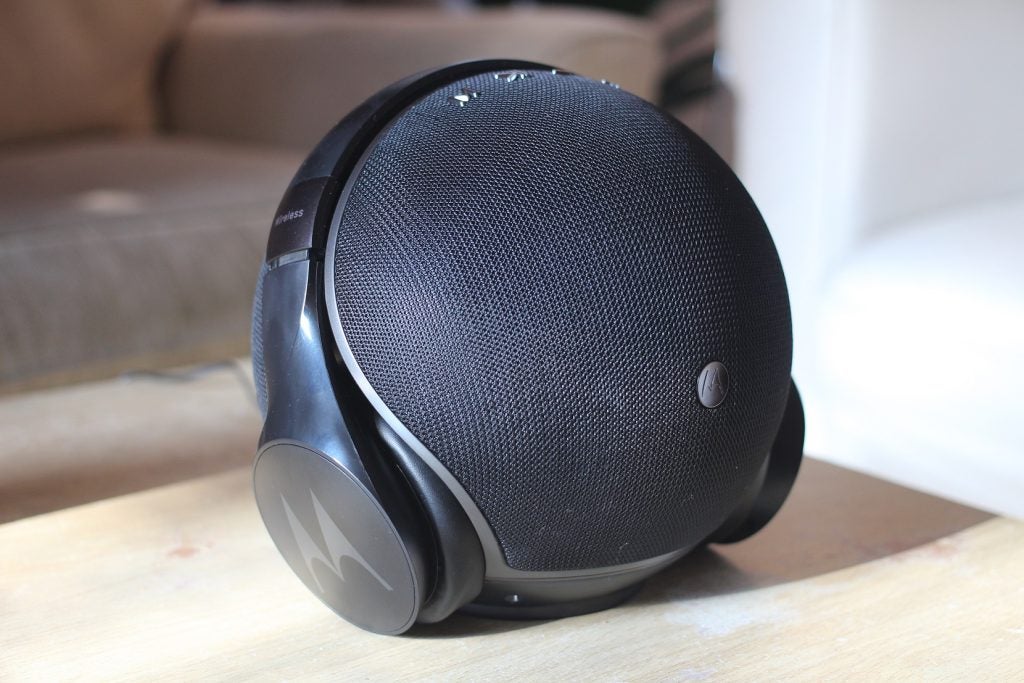 Given its size, the sound produced by the Sphere+ is pretty disappointing – almost as if the black ball in front of you has a hollow centre with a much smaller speaker hidden inside.

Despite being largely spherical, sound is far more directional than you might imagine, with very little coming from the rear. The bass port is pretty underwhelming as well; it really struggles with the low-end melody of Aphex Twin’s “Ageispolis”. The top end isn’t much better either, with the pings and bleeps of Biosphere’s “Oi-1” sounding like a malfunctioning robot.

In speaker mode the Sphere+ is generally left wanting when it comes to weight and clarity, and while it does go fairly loud, the thin bottom-end means it ends up sounding harsh when you pump it up. Bluetooth range is about as good as can be expected, with stutters kicking in when you get beyond about 15 metres or so. 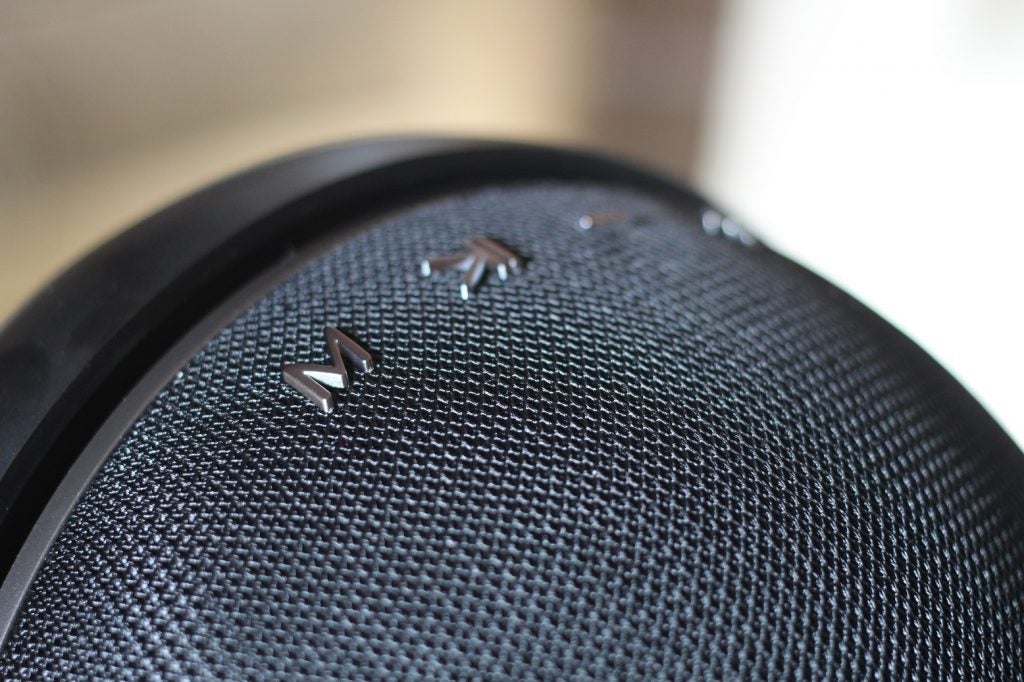 Put the headphones on and things do improve – although it’s hardly night and day. Sound still appears boxed in, but they deal pretty well with the challenging bass in Kaytranada’s “Glowed Up”, although the vocals still lack life. In general, there’s more energy and enthusiasm than you get from the speaker, making livelier songs that bit more listenable.

The thing is, this is only in comparison to the disappointing speaker. You can still get a better-performing pair of wireless over-ears for well under £100.

As a package, then, the headphones are the better performing of the two – but considering the price tag, neither particularly impress.

Why buy the Motorola Sphere+? 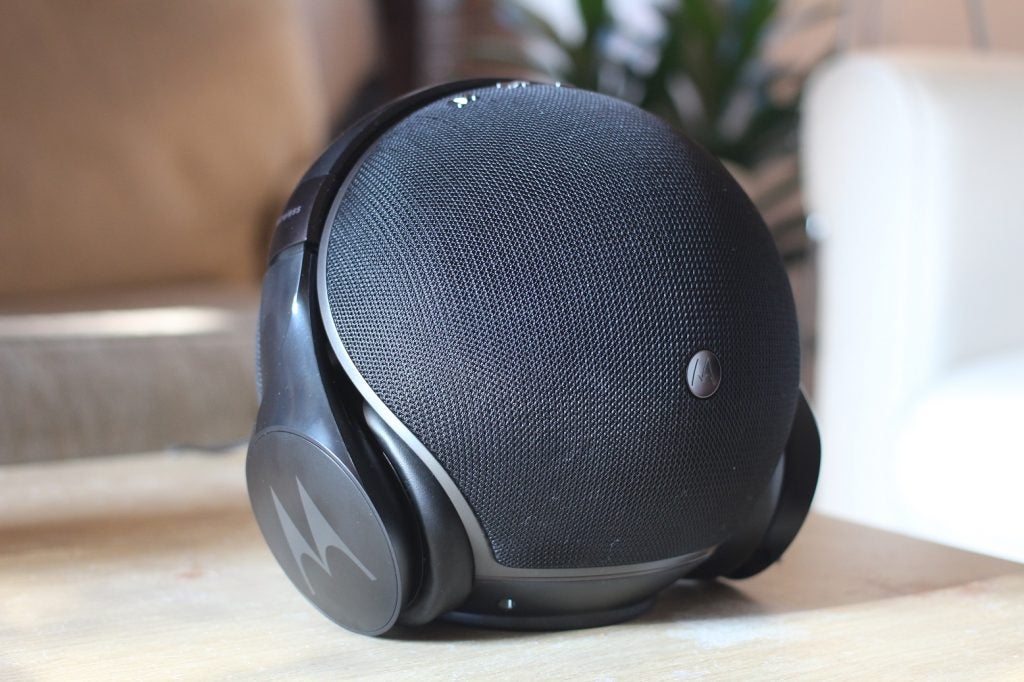 The short answer is you shouldn’t, but let’s elaborate.

For starters, it addresses a problem that doesn’t exist. Buying a separate pair of headphones and a Bluetooth speaker isn’t an inconvenience, especially considering the Sphere+ makes compromises with both.

But it’s the price that’s the biggest problem. If the Sphere+ offered two decent products for a competitive price then it would be a different matter. But for £180, you can get a separate speaker and pair of headphones that sound better than what you get here. For not much more you could get a package that completely blows the Sphere+ out of the water. Which is the reason you should steer clear.

An interesting idea let down by shoddy execution and poor build quality.