The Moto Z runs on Android 6.0.1 and, thankfully, little has been done to the operating system in terms of customisation. The only additions are some familiar Motorola gestures, and these are actually very welcome.

If you wave your hand over the proximity sensors on the front of the handset, the lockscreen displays your notifications in a monochrome low-power mode. You can then touch the icons to display a notification in full, or swipe it to dismiss. Other physical gestures make a return, such as a double karate chop to turn on the torch, or a quick flick rotation to change to the selfie camera.

There’s also a one-handed mode that essentially shrinks the screen down. If anything, the result is too small to use comfortably. Aside from these functional additions, Motorola has left Android well alone. Such restraint is more than welcome.

Motorola has been good about quick Android updates in the past, so hopefully it won’t be too long until we see a Nougat release. But for the time being, it’s not here.

Inside the Moto Z sits a Qualcomm Snapdragon 820 processor and a generous 4GB of RAM. There’s 32GB of storage as standard, but this is expandable with a microSD card and it supports adoptable storage, too.

Day-to-day performance was really very good. I didn’t encounter any slow-down or jitteriness. Apps fired up swiftly and web pages loaded with aplomb. I used the Moto Z with GoPro’s Quik app fairly frequently and it churned out edits without a hitch. I really had no complaints using the Moto Z as my daily phone.

Its AnTuTu score of 130,550 certainly measured up with how swift it felt in use. This is fractionally better than the Samsung Galaxy S7 Edge.

The Moto Z’s Geekbench scores were rather disappointing, though, at 1,508 in the single-core test and just 2,879 set in the multi-core. This is quite a bit off the pace of the Galaxy S7 Edge.

The 3DMark Sling Shot score of 2,121 was excellent, however. In the end, performance from the Moto Z shouldn’t leave you wanting. 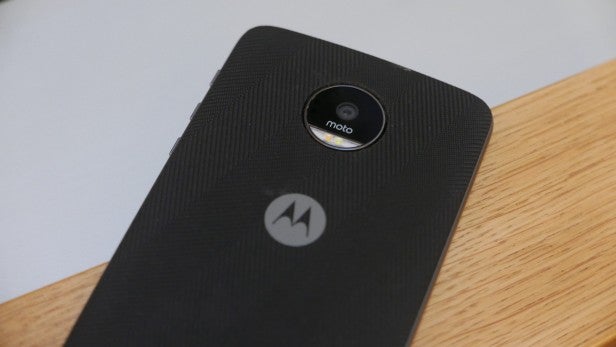 The Moto Z has a 13-megapixel rear camera with a f/1.8 aperture lens. The sensor has 1.12um size pixels and it’s bolstered by both optical image stabilisation and laser autofocus, as well as a colour-correlated temperature flash with dual LEDs.

Camera performance in good lighting was very pleasing. There’s rich vibrancy to the colours and plenty of sharpness. The autofocus is quick and there’s no shutter lag when taking photos.

A Professional mode offers granular control over exposure and metering. The on-screen menu is approachable and easy to use. You can also shoot in 4K video or slow-motion modes. 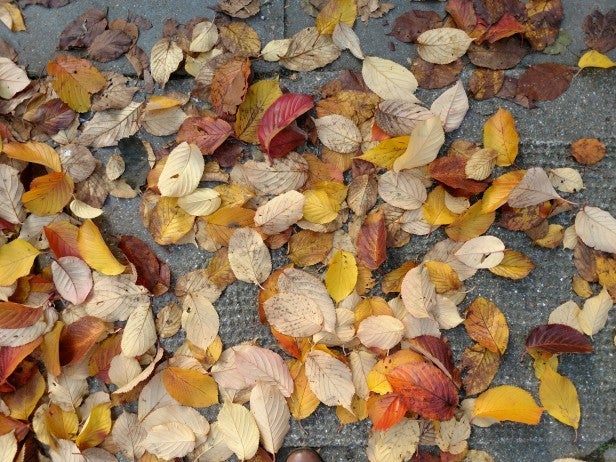 Lots of details and accurate colours in this autumnal scene 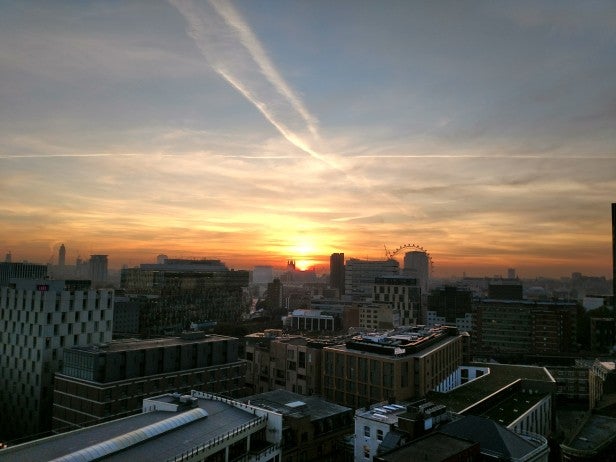 Still lots of detail in the shadows 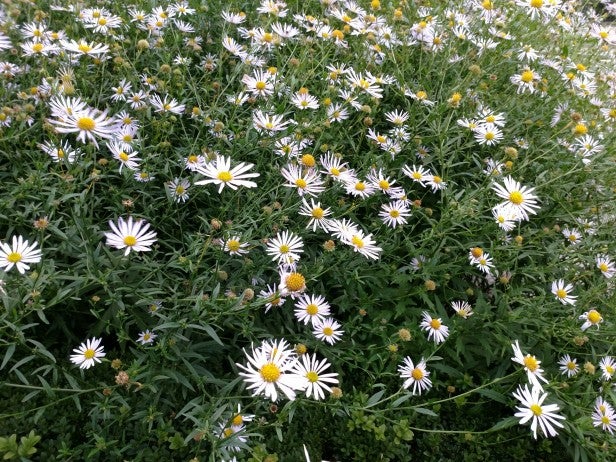 Unfortunately, the Moto Z’s camera can struggle to focus in lower light conditions, hunting for long periods before it can find a lock – and there’s a lot more noise. Resulting photos are still acceptable, but this isn’t the best low-light performance we’ve seen. Both the Samsung Galaxy S7 and Google Pixel certainly beat the Moto Z for photographic prowess. 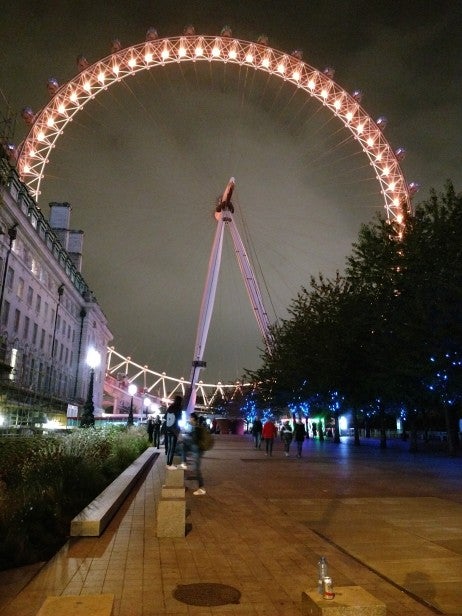 Night photos can become a little soft with lots of noise

For the selfie-inclined, there’s a 5-megapixel front-facing camera using an f/2.2 aperture lens. This is a pretty average performer – and again, you’ll want to try to use it mainly in good lighting conditions. 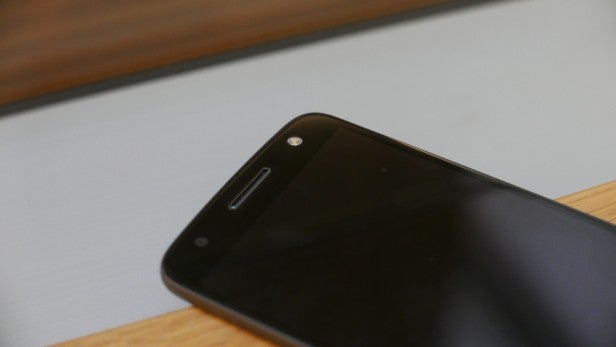 Unfortunately, battery life is where things all fall apart for the Moto Z. Inside this 5.5in smartphone is a teeny-tiny 2,600mAh battery – that’s a smaller battery than you’ll find powering most 5-inch smartphones.

So in the pursuit of thinness, Motorola has left you with a diminutive battery powering a large, high-resolution screen and a powerful processor. The results when it comes to stamina, as you might expect, are not good.

I’m a pretty heavy user, with lots of Spotify streaming during my commute, compulsive Twitter checking, and frequent pairing with devices such as fitness trackers and action cameras (it’s my job after all).

Even then, I’ve not experienced this level of battery paranoia in a long time. And that’s because on more than one occasion during testing, I’ve had a dead battery by 7pm. On one occasion, I left the office around 6pm with a fully charged battery and arrived home with it almost dead.

The battery appears to drain rapidly in standby, too. I left the Moto Z overnight at 50% and woke up to find it dead.

I tested an hour of Netflix streaming at 60% screen brightness and saw the battery drop by 24%. That’s laughably bad. To rub salt in the wound, one of the Moto Mods is an additional battery. In creating a thin phone, Motorola offers one of the worst battery performers I’ve seen in a long time.

There is, at least, the availability of TurboPower Charging through an included USB Type-C wall charger. The USB-C cable is moulded into the plug, though. This tops up the battery in about an hour. Get used to using it a lot.

Should I buy the Moto Z? 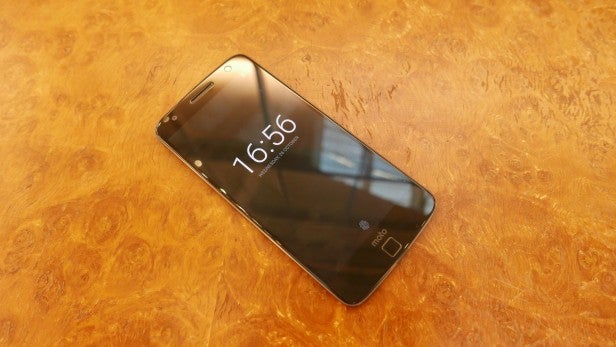 If it weren’t for the absolutely horrendous battery life, I actually rather like the Moto Z. Even if it isn’t really as thin as its billing, it feels nice in the hand with its Style Shell attached. The display is big and of high quality and the performance is top-notch. The camera is even pretty good. Then there’s the potential for the Moto Mods.

But there’s no getting away from that 2,600mAh battery. It lets the Moto Z down tremendously.

While some might argue that Motorola created a super-thin phone in light of the fact that adding attachments will contribute to the thickness, a few millimetres is inconsequential once you’ve attached a thick Hasselblad camera or JBL speaker.

In fact, I’d rather have had a thicker phone with a better battery. The lack of a headphone jack is another annoyance, but one that pales in comparison to the battery. Did I mention the terrible battery?

The Moto Z had the potential to be a great flagship phone but ultimately it’s let down by truly dire battery life.