What is the Morphy Richards Redefine Atomist Vapour 360001?

The Morphy Richards Redefine Atomist Vapour 360001 looks like a steam generator iron… but it isn’t one. It doesn’t offer steam at all. Instead it delivers a mist of cold water much finer than the usual water sprays you find on irons. Ditching the steam makes it very energy efficient (it uses a quarter of the electricity of most) but not great at ironing.

It also has a unique, head-turning design thanks to a see-thru soleplate so you can see what you’re ironing. 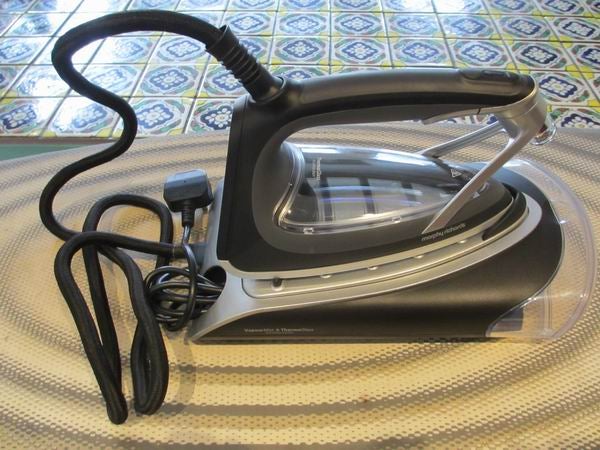 The Redefine Atomist Vapour looks remarkable thanks to its soleplate, made of Thermoglass that heats up yet is see-thru. You can literally see what you’re ironing. That’s not especially useful but it is a neat gimmick. It’s the same technology that Morphy Richards uses in its Redefine Glass Toaster.

Although it has a base containing a water reservoir, this is not a steam generator. It’s not even a steam iron. Instead it delivers a mist of cold water much finer than conventional iron water sprays. The theory is that ironing requires the right mix of heat, pressure and moisture but that doesn’t have to mean steam. It also means it’s limescale free, with no need for an anti calc collector. 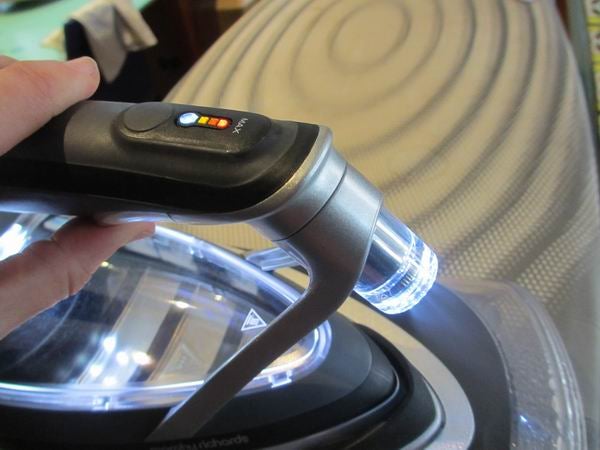 Thanks to the external reservoir and the Thermoglass technology, the body of the iron is light in your hand at 900g. The handle is comfortable too. And the controls are simple. A single digital button at your thumb lets you toggle between four temperatures: one dot, two dots, three dots and max. Your trigger finger, meanwhile, delivers the mist.

The iron sits nicely on the base but annoyingly there’s no safety lock to clip them together, so you can’t lift the whole thing safely by the iron handle to put it away. In fact, you’re liable to leave the iron to cool down before moving it just in case it slips off.

Also there’s an opening to stow away the power cord but nowhere to stow the water hose, which feels lazy on a premium product. 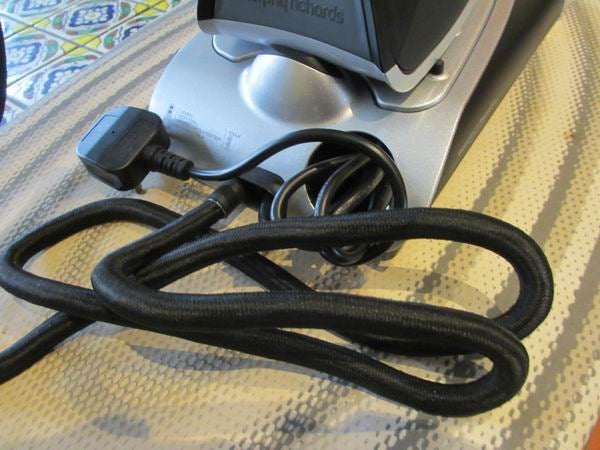 Morphy Richards Redefine Atomist Vapour 360001 – What’s it like to use?

The reservoir pops out of the iron base to be filled (you can keep using the iron in the meantime). We found it fairly easy to fill under a tap. Its 600ml capacity is described as enough for up to 2 hours of use.

This capacity begs the question: why have an external reservoir? Surely this would be a better product as a standalone iron with, say, an hour’s worth of water onboard. And water is transparent so the iron could still be see-thru. It’s tempting to see the design as cynical then: it looks like a steam generator, a product category that people are already used to spending hundreds of pounds on. 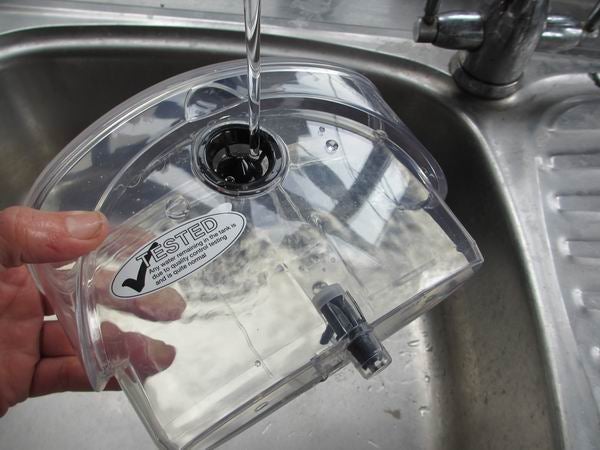 The iron got up to temperature in 2 minutes and with a few pumps of the mist button we were in business. But that’s when the theory fell flat in two ways.

First, the iron’s soleplate just didn’t glide all that well. Mist or no mist, the fabric rucked up in front of it. We found we were creating as many creases as we were ironing out. The only way to avoid this was to use our other hand to stretch the fabric out ahead of it. Way too much like hard work for a premium iron. 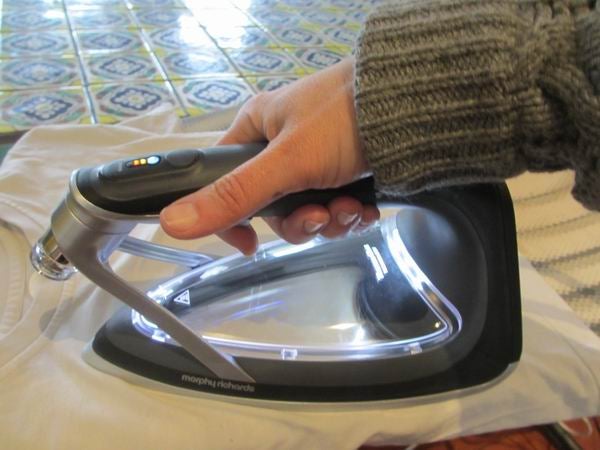 That said, without the mist the iron did a competent job on easy tasks, a helpful reminder that we don’t need to blast everything with steam. Save the steam for the tricky jobs like stubborn creases rather than using it constantly and you will save energy. 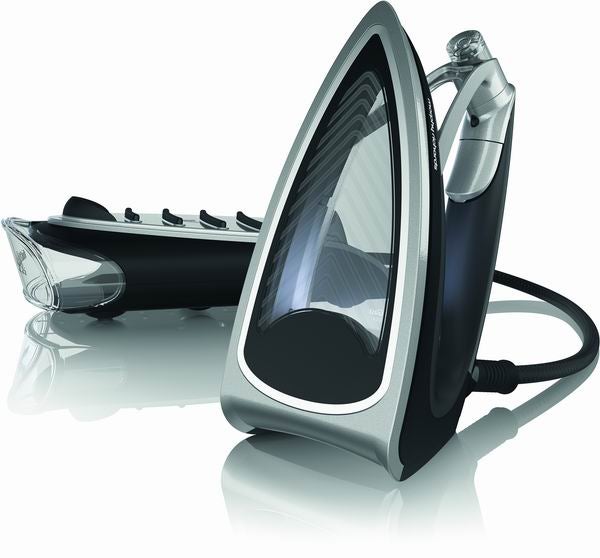 Should I buy the Morphy Richards Redefine Atomist Vapour 360001?

No. It does look gorgeous and we applaud the energy-saving concept but its performance was disappointing. You’d be better off with a really good iron like the Bosch TDA7060GB. You’ll save a fortune and get better results.

Alternatively buy a steam generator like the Bosch Ultimate Steam Generator, which is a similar price to the Redefine Atomist Vapour but the performance is outstanding.

This no-steam iron looks great thanks to its see-thru glass soleplate but performance was disappointing.