It’s not just the look of Monument Valley that gives the game away in regards to developer ustwo’s heritage in user-interface design. There’s another key indicator: everything about it is just so satisfying.

Whether you’re talking the graceful rotation of the game as its levels’ slowly spin to open up new pathways, or the gratifying thud when a piece of level architecture drops into place, almost every element of Monument Valley is designed to please.

And it needs to, because – both in the original game and the eight extra levels the studio has just bolted on – there will be times when you sit, staring in a blank fashion at the (overtly pretty) screen wondering why a puzzler that appears so straightforward can fox you for so long. 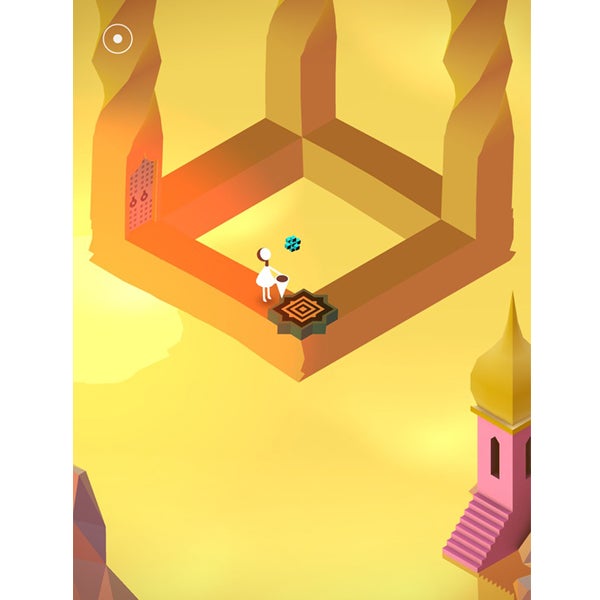 If you’ve yet to experience Monument Valley – which has won pretty much every accolade and award going since launch back in the Spring – it’s a game about creating pathways. Levels resemble the paintings of graphic artist M.C. Escher, with the screen’s 2D nature allowing developer ustwo to make impossible connections in its 3D world. Physics is a play thing in the world of Monument Valley, and your job is to think a little outside the box in order to make its stages bend to your rules.

Though the levels themselves look increasingly complex, with spires on top of towers standing skywards and reams of stairways that define gravity seemingly leading to nowhere, your interactions are actually kept to a minimum: you can guide your sprite – the all-in-white princess Ida – anywhere reachable in the stage by tapping on it, you can shift indicated blocks left-to-right or up and down with your finger, or you can rotate or even twist entire platforms by spinning spindles around. 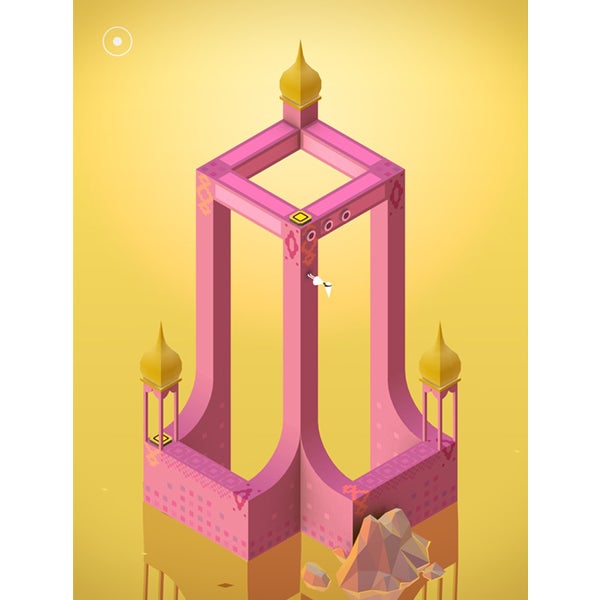 Each interaction you make is designed to open up a new section of the maze, with mini goals – usually buttons or doorways – acting as checkpoints on your way to each stage’s exit. Of course, Monument Valley’s creativity comes not from the way you interact with it, which is deliberately kept straightforward, but rather the design of the stages and the way they react to your inputs. It’s almost always entirely possible to work out where you need to head and in what order, but actually getting there is a different manner.

The new chapters – dubbed Forgotten Shores – makes no attempt to stray all too far from what the original ten stages had to offer, but it does bolster what the game as a whole brings to the table significantly, all for a £1.99 in-app purchase. Indeed, the very first of the new levels on offer is more spectacle than puzzle, with columns falling from beneath Ida’s feet as she traverses the seemingly perilous path above a smouldering cauldron full of bubbling hot lava. Then, almost seconds later, she’s up in the clouds, heading for the exit no doubt somewhat stunned as Monument Valley plays one visual trick after another. 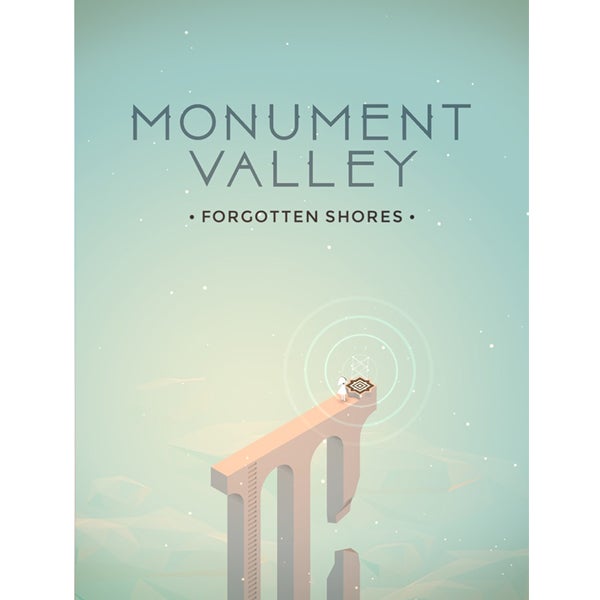 And this is what Monument Valley is all about. In the hands of another developer, the puzzles could well be just as inventive: unashamedly, ustwo is happy to reference the kind of block-pushing puzzlers many gamers will have grown up on – in many of the levels in the new expansion pack, it’s less just a case of getting Ida to go where you want, but also utilising the patrolling crows that stand in your way to press the buttons you just can’t reach.

However, where ustwo excels is in its delivery. In Monument Valley, it’s created a world you want to live in, to play in – right from the slick opening menu screens to the latter stages of play. The App Store and Google Play store may be jam packed with games from the brightest and best developers, but few titles loaded up on your screen will manage to make your mobile device look quite as current, quite as contemporary as Monument Valley. 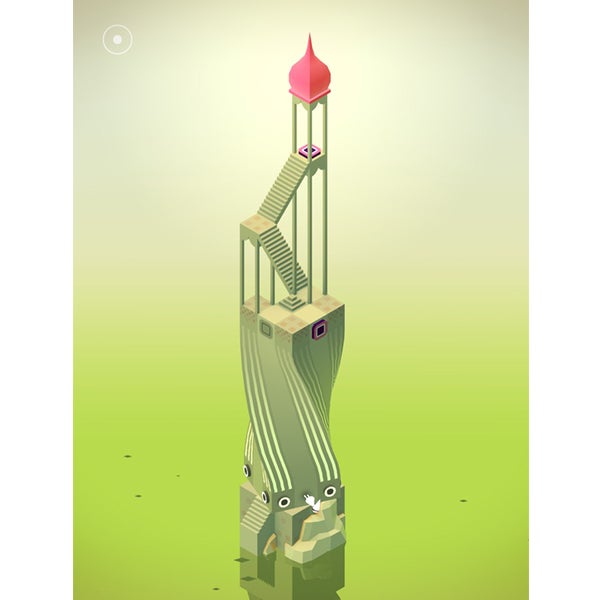 The extra levels packed into Forgotten Shores do nothing to change any of this – it’s the same trick played out across eight new settings that, as you might expect, are as gorgeous as all that has gone before – but, when you consider the one criticism most people had of the original was its lack of length, Forgotten Shores will, for many, represent the missing piece of Monument Valley’s quite spectacular puzzle.

Verdict
It’s hard to improve on what was almost puzzling perfection, so rather than revolutionise Monument Valley, the eight new stages on offer in Forgotten Shores act as more of the same – more simple of the outside, but deliciously difficult on the inside puzzles that inhabit a world about as slick and beautiful as it gets on iOS and Android.