What is the Mionix Naos QG?

Mionix has created a superbly ergonomic design that tracks well, and is great for playing a variety of games. But with a suggested retail price exceeding £100, just how useful is a biometric sensor on a mouse? 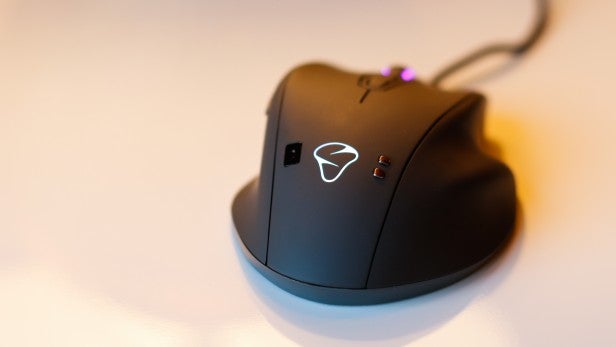 The Naos QG is a larger-sized mouse that’s designed to fit comfortably under the user’s right hand. It achieves this with a large cutaway groove on the right-hand side of the mouse that neatly guides your ring finger into place, while allowing your pinky finger to rest on the outer edge of the mouse.

The overall effect works well, and it fit my hand brilliantly – ergonomically, it’s a great shape. But since the Naos is designed to fit the right hand, left-handed users will want to steer clear.

A weight of 109g means that for a larger mouse the Naos is surprisingly lightweight. Since the “perfect” shape and weight will be down to personal preference, the lack of any removable weights may hamper those who prefer a heavier mouse. The attached USB cable is 2m in length, and is braided, as you’d expect at this price. 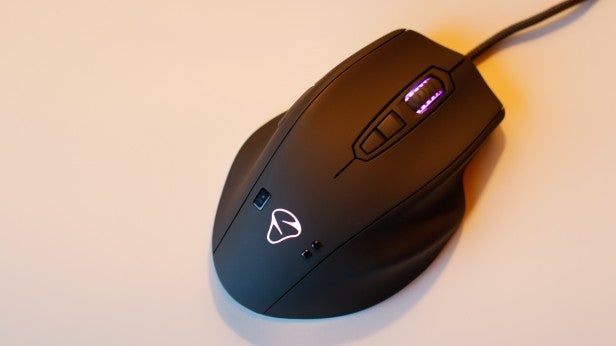 As far as the build quality is concerned, the mouse does reflect its high price tag. It’s smooth to the touch, and features a dark rubber coating throughout. While it can be a tad slippery at times, my palm never became overly sweaty, and the Naos offers a solid grip in the hand.

The switches on each of the six buttons offer plenty of travel and feel particularly clicky, while the scroll-wheel motion is smooth.

DPI adjustment is handled with the two buttons below the mouse wheel, although the omission of any LED indicator is a missed opportunity. RGB LED lighting is present on the mouse, however, with two zones: one on the Mionix logo; the other in the scroll wheel.

The most notable talking point about the mouse comes from its biometric features, with a heart rate sensor sitting adjacent to the Mionix logo on the front face.

The sensor emits a green light when in use, but this is activated only once you place your hand on the mouse. “Galvanic Skin Response” is also measured by the mouse’s sensor, which displays variations in the electrical characteristics of the skin. 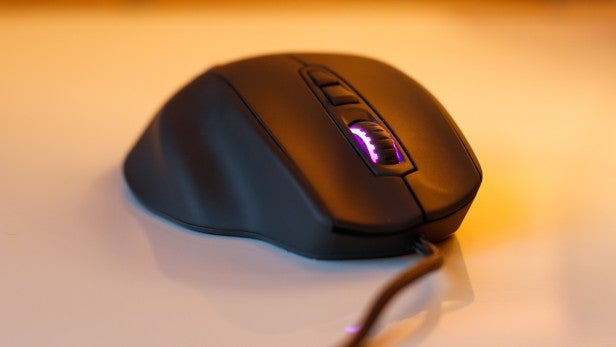 The performance of a mouse is largely dictated by its sensor, and in this case we have a PMW 3360 12,000DPI optical sensor. This sensor is a popular choice for high-end gaming mice and it’s easy to see why – tracking is consistently smooth and responsive, no matter the situation.

The sensor also sports zero hardware acceleration, which will no doubt aid accuracy during fast flick shots. For the majority of my testing I opted for a DPI setting of 2,000, although users with a UHD monitor are likely to want to raise this.

I’ve been using the Naos QG for just over a month now, and it’s seen me through many successful games of Gears Of War 4, Civilization VI and Call Of Duty Infinite Warfare. While the lack of a “sniper” button is something I’ve missed from the Corsair M65 Pro, the Naos handles every genre of game with ease, and has become a pleasure to use. 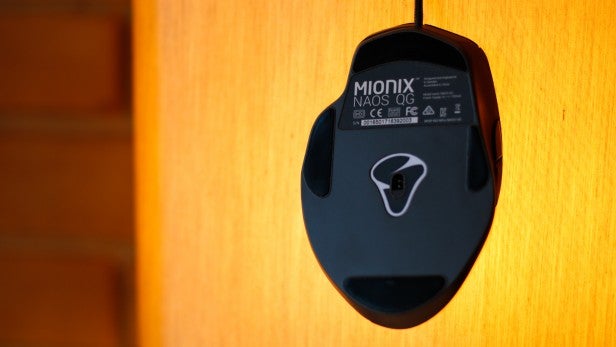 The software features of the Naos QG are enabled through the Mionix Hub. The Hub is available as a free download from the Mionix website, and has most of the features you’d expect.

In addition to the biometric features, you can change the DPI of the mouse, make performance tweaks, swap button actions and change the colour of the lighting zones. Note that the RGB lighting is quite limited, with only solid lighting effects at the time of writing.

An overlay for real-time readouts of biometric information is enabled via a plugin for the third-party Overwolf software. While it’s a shame that two separate software installations are required, the flexibility of Overwolf allows for additional overlays to be used – such as Twitch, Spotify and YouTube. The overlay works on any application or game in borderless window mode, and can be moved to any onscreen location. 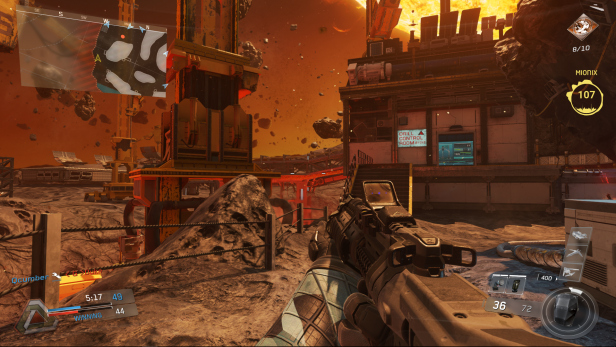 For instance, during Civilization VI, It was obvious at which point the AI declared war upon my civilisation, as my heart rate jumped up by 35bpm. The in-game overlay tells a similar story, with a visual indicator showing heart rate and GSR. For horror titles such as Outlast, it’s a very cool addition. For others, though, it simply tells me everything I already know – that I’m playing terribly and feel stressed.

I can’t say that I’m particularly impressed with the GSR, since I couldn’t really determine any meaningful information. It’s supposed to show the user’s emotional responses, but going forward I’d like to see this information explained more clearly.

Overall, I can’t say that I’d personally miss these biometric statistics if they weren’t included – although they do offer some serious potential.

For health-conscious users who need to keep a low resting heart rate, or those struggling with stress, the ability to find out which games are calming could prove invaluable. Clearly, there are people interested in this type of information, since the Naos QG was actually crowdfunded on Kickstarter, with more than $100,000 contributed.

Considering most fitness wearables with heartrate monitors are around this price or more expensive, it’s not bad value, but if you don’t use the heartrate features, you are throwing some money away. 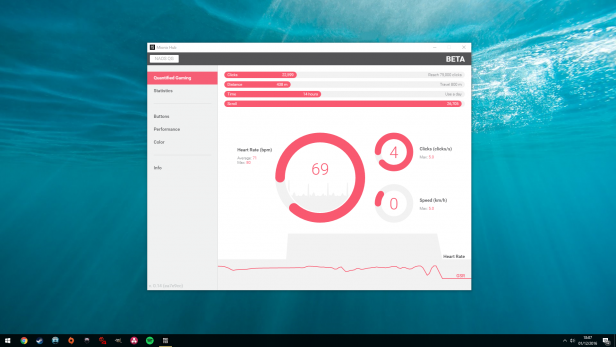 Should I buy the Mionix Naos QG?

On paper, the Mionix Naos is a resounding success. It has all the features of a premium gaming mouse, with plenty of unique features by way of that biometric sensor.

The main issue I have with the mouse is its price. At the suggested retail price of £109.99, it goes up against the best wired mice on the market – and many wireless gaming mice.

If you aren’t interested in biometric readouts then I’d steer you towards the similar Naos 7000: it’s almost identical in design but without the cost associated with biometrics.

However, if biometrics are of interest to you then the execution of the Naos QG is near-flawless. It’s a pleasure to use, is extremely responsive in games, and delivers a wealth of information. Put simply, there’s nothing else quite like it.

If you want a no-compromise wired gaming mouse with biometric readouts, the Mionix Naos QG is for you.