This is one of the first desktops we’ve seen that runs Android, and it’s also one of the only machines we’ve seen – of any form factor – to put a big emphasis on parental controls. It’s a system designed to be a capable family media machine as well as a child’s first computer, and its maximum price of $149 – around £89 – keeps it firmly in the budget ballpark.

It uses ZeroDesktop’s bespoke software that grants children their
own accounts and parents plenty of control: it’s possible to monitor
usage, restrict gameplay and even log accounts out from other Android
and iOS devices. The MiiPC emerged from a successful Kickstarter
project: ZeroDesktop asked for $50,000 back in early 2013, and raised
$175,000. 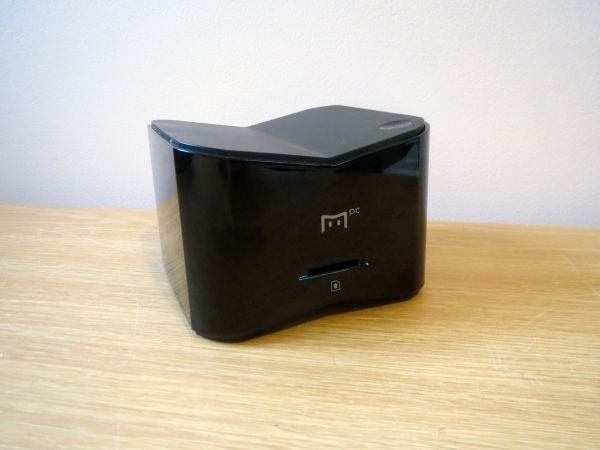 The MiiPC is a small, good-looking machine that’ll be at home around the house: it’s tiny enough to sit beneath a TV, stylish enough to be at home in a kids’ room, and small enough to be used in a kitchen or office without interfering.

It’s made entirely from plastic. The matte top has a shallow angled section and a dividing line down the middle, and the bottom mirrors this shape, with the addition of a glowing green light that illuminates when the system is turned on.

The top has a touch-sensitive power button turns the system on if it’s held down for three seconds, and the front has the MiiPC logo and an SD card slot. The rear has three USB 2.0 ports, an HDMI output, a Gigabit Ethernet socket and a single audio jack – it’s not exactly overflowing with ports.

The MiiPC weighs just 771g, which makes it easy to sling it in a bag. Its build quality isn’t a match for metal machines, though, so we’d certainly wrap it keep it protected. 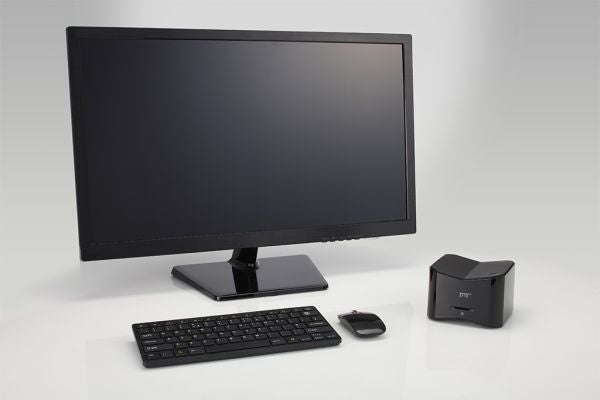 The MiiPC is designed to be easy to use, so we’re pleased with the simple set-up. Android immediately recognised our keyboard and mouse, and the system snapped straight to 1080p with no scaling issues – the big buttons will be obvious to the most novice of users and, while there are options for adjusting the screen’s position, we didn’t need them.

There are immediate language options, and it’s easy enough to add accounts. You’re prompted to setup Wi-Fi and the date and time, too, although this process dumped us out of ZeroDesktop’s wizard and into Android’s settings – if you’re unfamiliar with Android you may have difficulty getting back again. 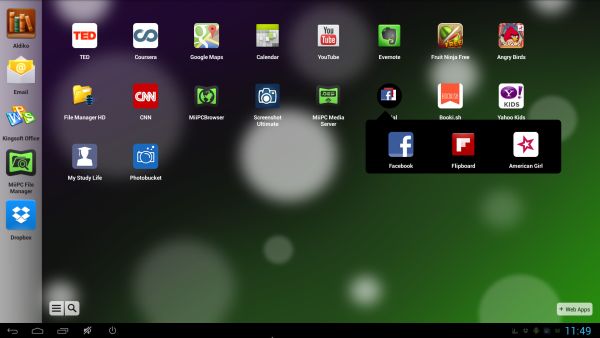 These options are the most comprehensive we’ve seen, and they work on the MiiPC itself and other Android and iOS devices, with apps available in each OS’s store. Parents create administrator accounts on the MiiPC, and can then manage their children’s accounts from elsewhere.

The Monitor displays who’s using the system and what apps they’re running, and it allows parents to close apps or even log the user off. The Apps menu lists what’s on the device and can be used to customise what apps users can access – and how long they’re allowed to run them. Reports can be generated for each user, too.

The other key app is Cannonball, which optimises Android games to be used with controllers – including the superb Xbox 360 pad. It’s a great idea, and games tweaked for this service worked moothly. In other areas, though, it’s sorely deficient. Some genres are crammed with games and others, like the shooter category, have a mere handful. 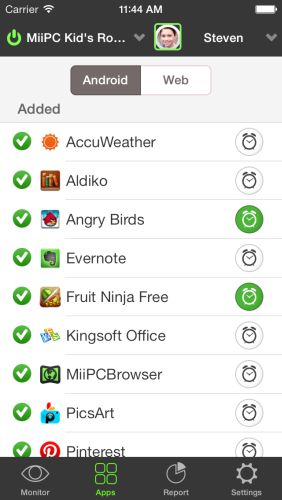 We struggled to find games we’d heard of – once we’d got beyond Cordy, Jetpack Joyride and Hill Climb Racing we were out of luck. The rest of Cannonball’s library consists of games that tackle predictable mechanics, or taunt lawyers with blatant rip-offs of other titles or franchises. It’s a sorry sight.

Elsewhere, there’s a decent file browser, a media server tool and ZeroDesktop’s own browser, which has conventional functionality and also includes Flash support.

The Mii uses Android 4.2.2. That’s Jelly Bean, and it’s out of date, so it means this machine is missing out on numerous features. Android 4.3 introduced better OpenGL support, more languages, better DRM APIs, user profile options and file system improvements, all of which are under-the-hood changes that could impact on the MiiPC’s performance in a big way.

Android 4.4 introduced similar improvements that this machine just can’t use, from wireless printing and a new interface to performance optimisations specifically for low-spec devices.

There’s another big downside to the MiiPC, and that’s the absence of Google Play. ZeroDesktop has installed the 1Mobile Market as an alternative, and it’s surprisingly packed: apps like Facebook, Dropbox and YouTube were easy to find, and we quickly dialled up Evernote, Spotify, Skype and eBay.

Most of the big names are there, but we couldn’t find Minecraft and testing tool Geekbench – so beware that, as good as 1Mobile Market may be, it’s no substitute for the official Google store.