Marmite. Self-tanning lotions. Manchester United. Madonna’s continued insistence on singing live – or, indeed, singing at all. There are certain things in this life that divide the population – things that a portion of people swear by that drive other, perhaps more sensible people, right up the wall.

Real-time strategy games have always been titles that suit a particular breed of gamer and, luckily enough for those behind the genre’s stars, there’s a fair few million of them willing to part with their cash to take them on. But for the rest of the pack, the RTS is viewed with much confusion: Are they actually games at all, or merely experiences you tick off a list of tasks on a check list with little room given for ingenuity or creativity? 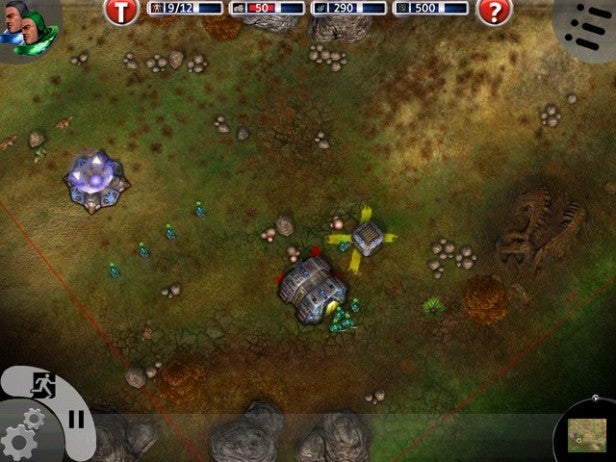 It’s the weight of the strategy element that sets most RTS games apart and, for those who have yet to test themselves with any sort of strategy sim, Marine Siege RTS almost feels like a construction kit style introduction: a welcome pack that serves as an homage to genre staples and other legendary IP. As such, it feels like the perfect starting point for anyone looking to have a run with an RTS game on their smartphone. The big question that potentially undermines such a pitch, however, is whether that’s something you’d want to do in the first place.

Taking place on the faraway planet of Solus, your job is to regain control after a previous expedition encountered an alien breed of ExoBugs who wiped out a human race eager to strip the sphere of all its resources. In response, you lead a pack of marines out to clear the surface of all hostile organisms, spawning new troops, sapping all the planet’s materials and generally taming the environment for your benefit. As you might expect, this means ordering the troops already under your command to build new garrisons, training centres, research plants et al, as well as taking on any enemies you encounter along the way. 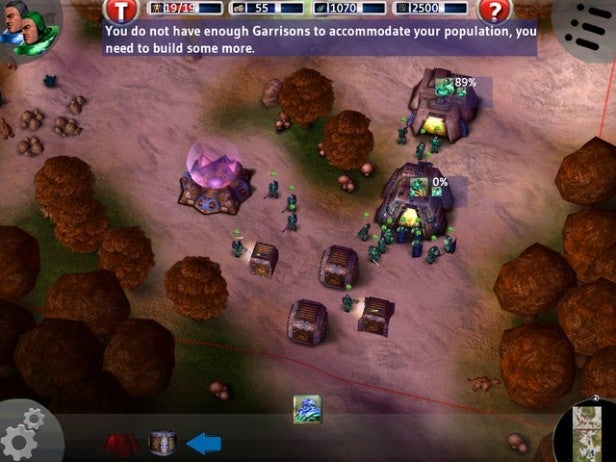 Viewed from the top down, your marines are entirely at your command, and you can order them at will either en-masse, in small groups or as individuals – how they move around Solus is entirely up to you and, indeed, knowing when to split them off and group them back together for different missions is ultimately what divides success from failure. But while the model Marine Siege RTS adopts will feel entirely familiar to fans of the genre, there’s a question as to just how good a fit it is for the touchscreen-based smartphone.

Even on the supposedly large iPhone 6, for instance, much of the map and the marines you’re tasked with interacting with appear minuscule. Tapping on a marine control him and then holding down a rallying point is often a frustrating process given the game seems to misinterpret many of your touches and the UI, seemingly lifted straight from a PC release designed for mouse and keyboard control. On an iPad things are, admittedly, a little easier, though Marine Siege RTS is constantly dogged by the feeling that it’s a game out of its comfort zone. 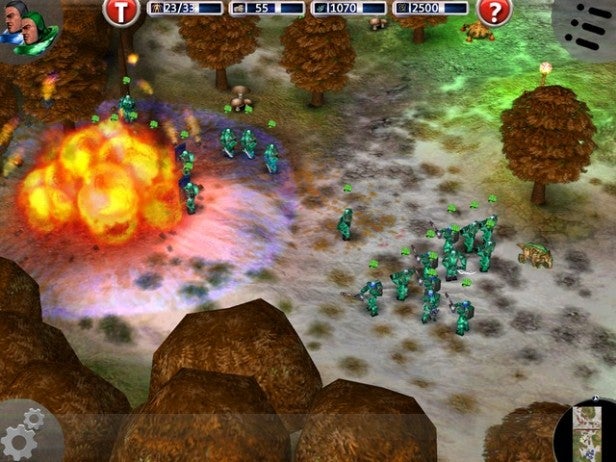 Rightly or wrongly, what saves the game is that it plays like the product of love for the genre, rather than one of profit. From its awkwardly laid out menu screens to the text-heavy yet fleeting tutorial instructions, Marine Siege RTS doesn’t ooze slickness nor sophistication, but rather has all the hallmarks of a game coded in someone’s bedroom in the middle of the night. Whether or not this is true only the developer knows, but the homespun delivery of Marine Siege RTS does help expunge much of the frustration with the game’s controls.

Likewise, the fact that there is much here to play with – more than 20 didn’t unit types, for instance, helping you flood the game’s foreign lands with troops and engage in some fairly intense battles with the planet’s native inhabitants – also means its hard to find all too much fault with Marine Siege RTS. This is by no means a bad game. 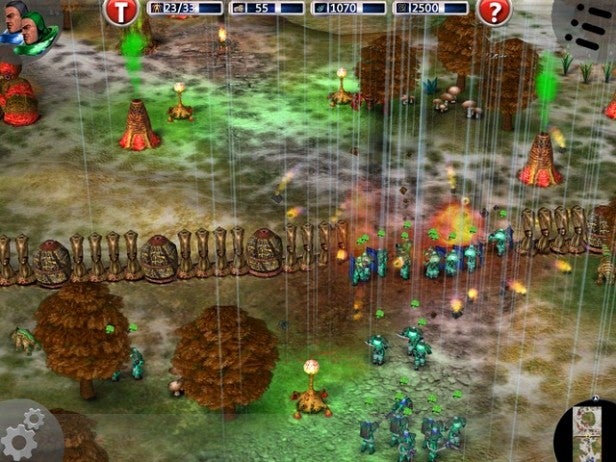 What it is, however, is an RTS that does not feel at home on mobile, and ultimately, that must be how it’s judged. As consummate as its take on the genre is, if one of the overriding feelings during play is “this would be so much easier to play on a PC”, then you know you’ve got a good chance of splitting your audience. It’s that Marmite feeling all over again.

Verdict
A consummate RTS by anyone’s standards, Marine Siege RTS’ adventure on the off world is full and fruitful, but its fiddly controls never feel entirely at home on a touchscreen and the game is dogged by a nagging feeling that this is a title that would be much more at home on PC.