What is the Marantz Consolette?

The Marantz Consolette is an iPod/iPhone dock and a wireless speaker for those who like the finer things in life. At £700, it’s the price of a fairly decent hi-fi.

It’s also a bit out of date and tricky to use, but the thing doesn’t half scream quality.

At £700, the Marantz Consolette is among the most expensive iPod docks we’ve reviewed. It has also come down in price since it was announced. When we first saw it back in 2012, it was to sell for £900. Ouch.

Other than that the price is still pretty imposing, the Marantz Consolette’s biggest problem is that it’s out of date. The pop-out dock in the bottom part of the Consolette uses a 30-pin iPhone/iPod port that was superseded by the Lightning port, introduced with the iPhone 5 last year. 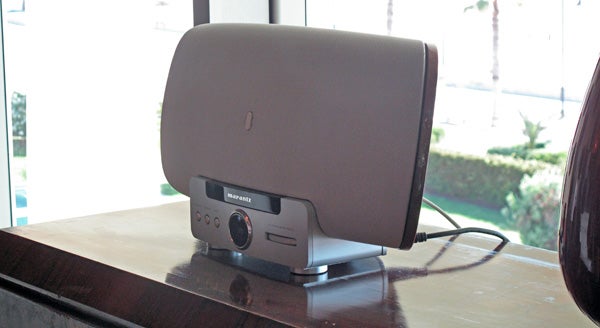 All new Apple mobile devices use this port now – the 30-pin port is old news. It didn’t seem so bad when we saw the Consolette in 2012, but is someone looking to spend this much on a dock really going to be using an iPhone 4S still? We don’t think so.

The Marantz Consolette offers plenty more ways to play music than through the dock, though, and the dock tray can be pushed neatly back into the body anyway.

On the back there’s a phono input pair to let you connect all manner of gear, from hi-fi separates to phones, and the Consolette has Wi-Fi, letting you hook up wirelessly. This is where it gets a bit tricky, though. 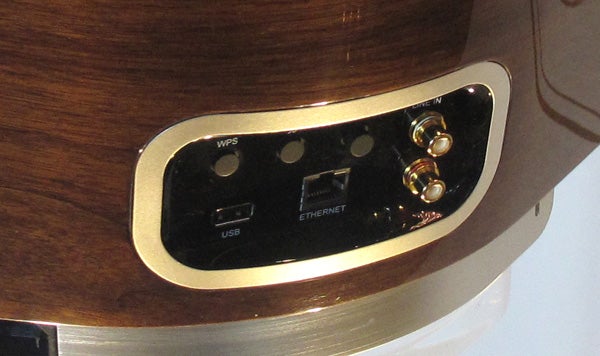 Whether down to the Consolette’s age or the way Marantz has made the thing, we found it tricky to get online. You can’t simply connect to a phone over USB and share the internet connection. And while you can manually select Wi-Fi networks using the circular display and dial, it consistently refused to see our Wi-Fi network – despite being a couple of metres away from the router.

Getting the Marantz Consolette working is a pain in the behind, but is isn’t half nice to look at while you’re getting frustrated. Its front panel is metal, and the gyro touch control dial and circular display are all nods to Marantz’s classic home cinema receivers. 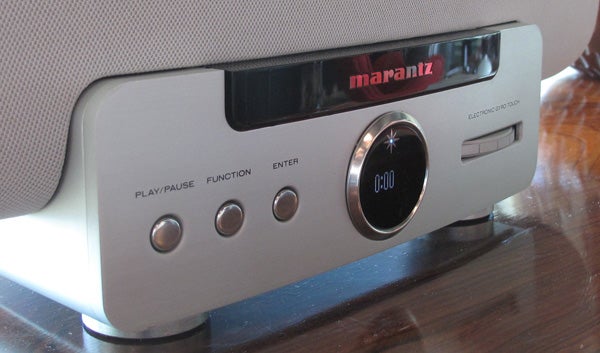 Our favourite bit, though, is the thick laminated wooden back, leagues ahead of rivals in terms of pure class. It seems a shame you’ll barely see it – the front of the Marantz is mostly covered by a curvy black fabric grille.

These build elements are what help to ensure the Marantz Consolette is so expensive, and pretty heavy. This is not a portable dock. 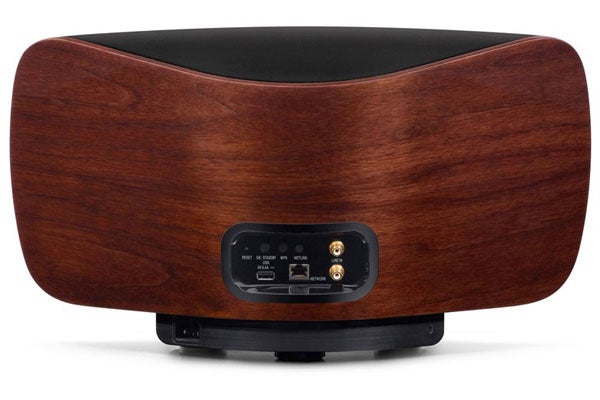 You do also get some extra features for your cash. The Consolette has an inbuilt internet radio, and you can save presets to the top of the menu system for easy access. However, while the Consolette’s style is hardly all about being ultra-modern, we would have appreciated a slightly more progressive approach to the interface. It’s a bit clunky.

As you’d expect from a £700 system, audio quality of the Marantz Consolette is very good. But does it justify the price? Of that we’re less certain.

The Consolette uses two 4-inch paper cones and a pair of small BMR drivers to each side, acting as the unit’s tweeters. Marantz claims this setup gives the Consolette good stereo performance, but our impressions and the physics of the driver array don’t really support this.

BMR, balanced modal radiator, speakers provide the Consolette’s more positional higher-frequency sound, but BMRs don’t really provide convincing stereo. What they do have is very wide sound dispersal, much wider than a traditional cone. So if anything, using BMRs will provide what’s more like a ‘big’ or ‘wide’ mono sound than a stereo one. It’s a bit like calling a system with five scattered speakers pumping out the same thing ‘surround’ (note we said a ‘bit’). 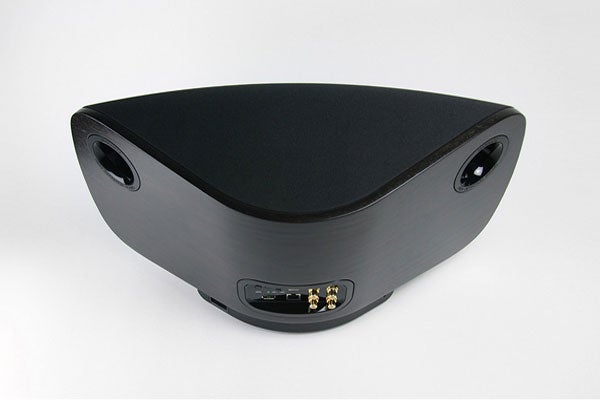 We also felt that the Consolette wasn’t particularly dynamic-sounding. Bass depth is pretty poor, worse even than we’d expect from quality 4-inch drivers, and the BMRs do not provide as sparkly treble as we’d expect from a good traditional tweeter.

It’s not very ‘stereo’ and not all that exciting-sounding, but it’s otherwise a good-sounding system. It has a smooth mid-range and maximum volume is very loud indeed – although it does start to sound strained beyond about 70 per cent (which is already way beyond normal listening.) It’ll fill rooms with ease – in part thanks to those BMRs, but we’re not convinced it’ll have many traditional Marantz fans dropping their jaws, unless it’s a reaction to the thing’s looks.

Should I buy the Marantz Consolette?

The Marantz Consolette is tricky. It’s a high-quality dock, but it’s expensive, behind the times in more than one sense and doesn’t sound quite as good as we had hoped given the cost.

It doesn’t really justify the £200 premium over something like the B&W Zeppelin Air (already pretty expensive), making it one for those who fall in love with its looks, but few others.

This is a high-quality dock, but the high price, fiddly setup and lack of audio dynamism make it tricky to wholeheartedly recommend.