It lacked the vast customisability of its big brother the R.A.T Pro X, but it’s a lightweight gaming mouse with a few perks of its own.

Is it one of the best wired gaming mice though? I’ve put it to the test to find out. 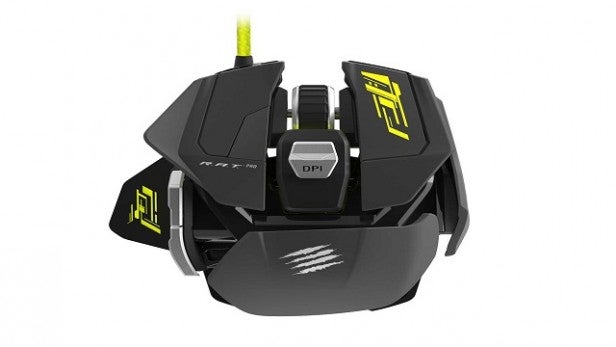 Chances are you’ve read (or at least seen) my review of the R.A.T Pro X, the flagship gaming mouse from Mad Catz, and you wanted to see if one of the other models from the line is for you instead. If you’re put off by the high price of the PRO X, or you find the whole thing intimidating, then there’s good news.

It features the same design and build quality as its pricier brother, including the PTFE feet that allow the mouse to glide across surfaces, improving your speed of movement.

The interchangeable parts of the Pro X are gone and the other unique bits of functionality are scaled down somewhat. It has eight customisable buttons to the Pro X’s 10, while you’ll only get three custom profiles to the nine on the flagship Pro X.

The Pro S is lighter and smaller than its counterpart which, oddly enough, could well be the sticking point for me. The 77g weight will come as a boon for Tournament-grade players though, as it’s light enough to mean you can use lift manoeuvres if you so wish. 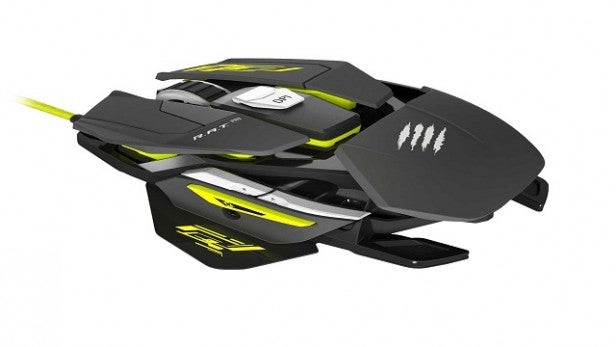 As for the size, you can adjust the palm rest, increasing the length of the mouse to make it a slightly more comfortable fit or tilting it to fit your grip style, but the size of the Pro X is a selling point for someone with giant man hands like myself.

For a working day in the office it’s not too bad; shifting around emails and exercising my “right click – delete” function is easy enough.

For gaming though? That’s where the difficulty arises. I can get tense while playing certain games; DOTA 2, CS: GO (anything competitive) and my hands tend to clench when I play. The smaller size of the Pro S suffers here as my angry clasp triggers a bad case of cramp over an hour long DOTA 2 match – although the adjustable palm rest goes some way to alleviating that.

This won’t be a universal problem though, I have unusually large hands.

One of the standout features of the both this mouse and the PRO X is the ability to change the DPI on the fly. The small button just below the scroll wheel, when pressed, ups the sensitivity of the mouse. This is incredibly useful in FPS games as it allows you to quickly react to things around you before changing back as you see fit. I’m not competitive when it comes to RTS games, so the higher DPI options can be a little distracting as you overshoot units, but I’ve read reports from the competitive scene that those use to higher DPI can make it work for them. 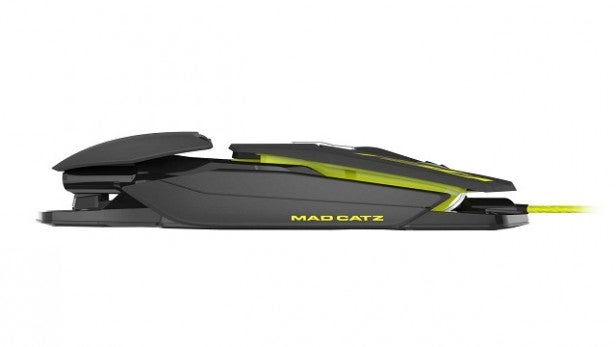 One of the key features of the RAT Pro series is the software that you can use to customise the mouse even further. You can set specific DPI on a per game basis, and set the buttons on the mouse to do different things on different profiles. It’s a great system, on paper, but the software itself is a little cumbersome, which is a shame because it’s also extremely extensive.

I have spoken at length about the software in my review of the R.A.T Pro X, which you can read here.

Should I buy the Mad Catz R.A.T Pro S?

Whether or not you should buy the Pro S, however, boils down to two questions: Is the Pro X out of your budget? Are you happy to give up the customisation options of the Pro X? If the answer either of those questions is ‘Yes’ then I’d have no problem recommending the Pro S – it’s a lightweight mouse that feels great to the touch, is ultra responsive and still allows for limited customisation. If the Pro X is in your budget then it comes recommended almost without caveat though.

The smaller and, crucially, cheaper of the R.A.T Pro line – the Pro S is a worthy gaming mouse for everyone but the most hardcore. It lacks the volume of buttons MMO players might need, doesn’t accommodate left handed players especially well either, but is comfortable, lightweight and retains some of the features from the higher end model.