It took some time after the App Store became densely populated with games before mobile developers grasped that flooding a touchscreen with virtual controls was a no-no. Games that handle some elements for you – like platformers where movement is automatic – slowly but surely made their mark. It would appear that the developers behind Lost Socks: Naughty Brothers, however, missed that memo.

Here is an automatic runner that overcomplicates its offering, building far too many buttons into play and offering levels that are less about testing skill and reaction times and more about dying, dying and dying again. Lost Socks: Naughty Brother is a blast from the past, and not a welcome one.

When it comes to the concept behind it, Lost Socks’ tale of a sock that (somewhat ironically) boasts legs, and puts them to good use saving the souls of other feet-warmers taken hostage by a batch of monsters has much charm. As does the cartoon style adopted for the game’s visuals, which simultaneously manage to ape Disney platformers of twenty odd years ago whilst also looking fresh compared to the iOS’ current trend of pixel-art. 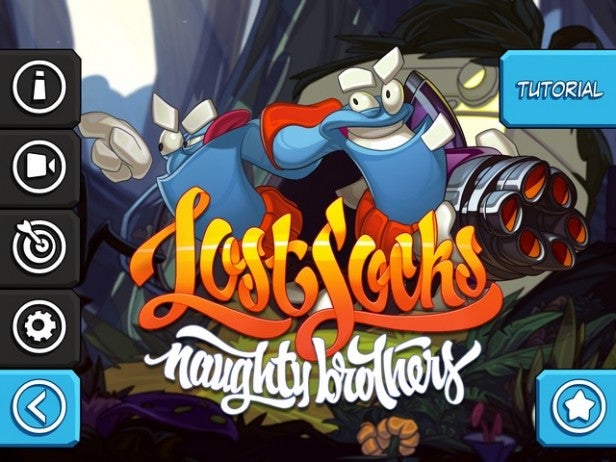 Lost Socks’ set up is solid, but its implementation is far more suspect. A total of four buttons control the action, with the most prominent being a big blue one to jump. As well as two different jump heights (determined by how long you press the button), you can also glide through the air with a double jump and hold, with the idea being to utilise all three tools in order to dodge spikes, enemies and gaps in the track.

Also in your arsenal are two weapons ¬¬– one heavy, one light, both upgradable as you progress – and the ability to dash through objects, both breaking them apart and making you invincible for an especially short period. Both said dash and your heavy weapon need recharging before they can be used again, however, meaning that their deployment needs to be tactical rather than used as a matter of course.

It’s this fact that starts to undermine the approach taken to Lost Socks’ level design. Moving platforms or entire chunks of land that fall away beneath your feet are entirely impossible to spot on your first run. As a result, surviving is only ever a matter of either pure luck, or repeated plays, with death designed into Lost Socks’ very blueprint. It’s a lazy way of providing some level of challenge for the player, but always leaves a bitter taste in your mouth. 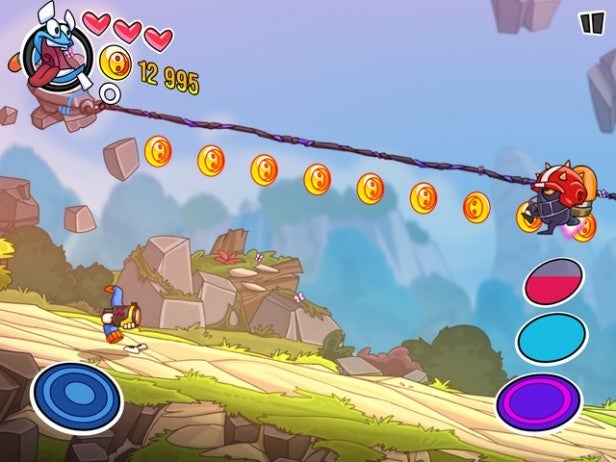 As the levels progress, so it becomes clear that making it through them alive is less about any competence on your part and more about you singing from Nerf Game’s rather strict hymn sheet, the notes of which are only revealed after you’ve died a fair few times. Even once you’ve cracked the code, actually jumping, shooting and dashing when you’re supposed to is easier said than done thanks to the pace of play.

The abundance of buttons calling for your attention and the limited amount of time you have to press them in the right order completely saps the fun out of proceedings and, more often than not, leads to you doing everything in the wrong order.

It all means Lost Socks: Naughty Brothers is neither an exciting automatic runner nor a competent platformer. Unsympathetic to the nature of smartphones when it comes to dishing out controls, unfair with its level design and far too rigid to be in any way fun, Lost Socks has too many holes that badly need darning to lift it above the ordinary.

With over-complicated controls and level design that penalises you on your first attempt, Lost Socks: Naughty Brothers might have the look of an exciting platformer, but in practice it’s too strict and inflexible to be fun.