With the impending launch of the touch-friendly Windows 8, touchpads are set to become the new must-have PC accessory for those not upgrading to touchscreen hardware such as the Microsoft Surface. With them you can effortlessly pinch, swipe and rotate your way round the interface, giving the new software a more intuitive feel. One of the first choices to hit the market – aside from the long-standing Apple TrackPad – is the Logitech Wireless Rechargeable Touchpad T650.

Design
First impressions of the Wireless Rechargeable Touchpad T650
are excellent. At 129mm (length and width) this square trackpad is, like Apple’s Trackpad,
roughly 50 per cent larger than even the most oversized laptop trackpad,
giving you a spacious area to perform basic operations and gestures.
The all important surface is good too with Logitech using smooth,
scratch-resistant glass which has a sand-blasted matt finish that gives a good balance of smoothness and slipperiness.

While
gently sloped to present the surface to users at a slight angle, the
T650 also isn’t much thicker than a modern smartphone and it is lighter
as well allowing it to be thrown in a bag or even coat pocket. The
underside of the Logitech T650 backs up this portable lifestyle too with a toughened
matt plastic base and four rubberized feet sunken into the trackpad
rather than simply stuck on. So far, so good.

Style wise, it’s not quite as snazzy as Apple’s metal-clad effort but at least you couldn’t accuse Logitech of outright copying.

Connectivity
While
it would be equally comfortable permanently staying on your desk this
portable theme is continued with the inclusion of an integrated
(non-removable) battery which will last up to a week between charges.
Charging the T650 is done via a micro USB port at the front. As for the
‘Wireless’ in its lengthy name, Logitech has steered away from Bluetooth
instead using an automatically paired 2.4GHz USB dongle. As with all
recent Logitech products the dongle is tiny, barely sticking out of a USB
port so it can be left in and it will pair with up to six Logitech
devices simultaneously to compensate for taking up a port. An acceptable
trade-off in our minds.

Gestures
So it looks good, is durable and fairly portable, but what does the T650 actually offer above and beyond a standard laptop trackpad? In Windows 7 the answer is not much. Left click (tap the pad in the middle), right click (tap the pad in the bottom right corner) and middle click (tap three fingers in the middle) are all standard across both Windows 7 and Windows 8, as is two fingered horizontal and vertical scrolling. A little more exciting is three fingered swipes left and right to go back or forward in web browsers and folders while the ubiquitous pinch to zoom gesture is supported too. 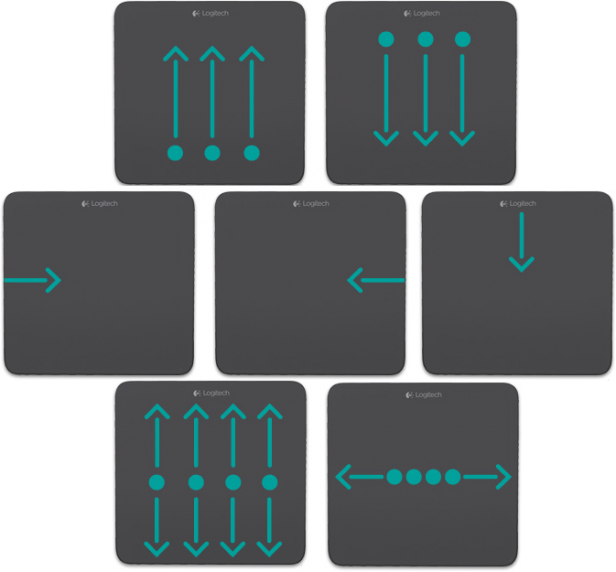 Then again it is Windows 8 where the T650 really comes alive. Three fingers up takes you to the Windows 8 Start screen (complete with ‘modern UI’), a one fingered swipe from the left edge switches between open applications (both programs and Windows 8 apps) and a one finger swipe from the right edge opens the Charms menu – essentially a transparent overlay with shortcuts for search, share, devices, settings and the Start screen. Meanwhile swiping one finger from the top edge opens the Windows 8 context menu for whichever app you’re in.

In addition Windows 8 adds a few more gestures for core functionality: three fingers down minimizes/restores desktop windows and four fingers up/down maximizes/minimizes windows. All in this is a fairly heady list, but since they are in accordance with Microsoft’s official gestures for Windows 8 they are worth learning and in time become second nature. Furthermore if you aren’t happy with them Logitech’s SetPoint software will let you customize gestures to your heart’s content.

Performance
While performance is a factor which could be laid as easily to rest on the shoulders of Microsoft as Logitech, the good news (for both companies) is the T650 works very well. Installation is a seamless experience (both on Windows 7 and 8) with the T650 paired and up and running without drivers, while the optional Logitech Setpoint software is downloaded and installed automatically – as long as you give it the go-ahead. Given Setpoint allows you to create custom gestures it is worth having, though Windows 8 gestures are natively supported without it.

Key to Windows 8‘s marketing campaign is that it will run as fast, if not faster than Windows 7 and this certainly seemed true on the desktop, laptop and Ultrabook machines we tested it on. As you might expect in its desktop mode the shortcuts are handy, but in the Modern UI (Microsoft really needs a better name) it comes into its own. This is partially because the experience is extremely smooth and responsive, but perhaps equally because using a keyboard and mouse (or standard laptop touchpad) is fairly jarring.

We would also argue that the T650 will get more useful over time. This is because Modern UI apps are fairly thin on the ground so you don’t spend as much time in this part of the OS as you likely will 6/12 months down the line. Again this is a Windows 8 issue, not one that can be leveled at the T650, but it is worth considering. On the flip side the T650 is a real show stopper to pull out during business presentations and pitches when your laptop may be some distance away, connected to a projector. The same is true in a home environment when your laptop or desktop is connected to a TV. 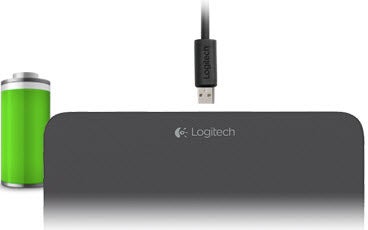 Where we do have cause for complaint is the T650’s battery life. One week with fairly heavy use is reasonable, but the pad needs to be switched off between uses to attain this and it is nowhere near the stamina of wireless mice where battery life is quoted in months and sometimes up to a year. SetPoint will indicate the T650’s battery level, but you’d be wise to take a cable with you on holidays or lengthy business trips – thank god it’s a standard microUSB one.

Value
A further area for concern is pricing. The build quality of the T650 cannot be questioned, its performance is essentially flawless and its battery life may not be a deal breaker, but with numerous similar trackpads no doubt on their way the £70 price tag is high. With time spent in the Modern UI likely to be short in Windows 8’s early months those on a budget may be wise to wait for rivals to launch. 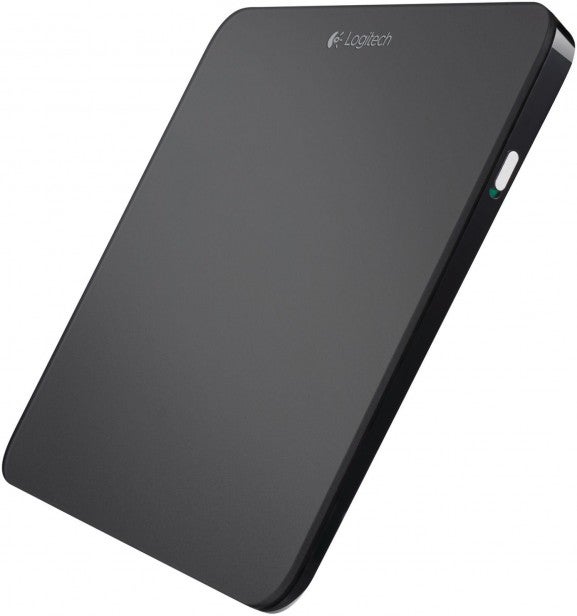 Verdict
In many ways Logitech has done everything that could be asked of it with the T650 touchpad. It is beautifully made, looks stylish and works flawlessly. It is also durable enough to be carried around with you without concern. That said battery life could be better and it flourishes most in Windows 8’s Modern UI which won’t be used by most 3rd party software for some time. As such a £70 price tag is asking a lot. We like the T650 a great deal, but unless cost is not an issue we’d suggest waiting to see how rivals shape up.