The LG V9 F4V909BTS might be more expensive than most but it delivers on convenience and cost-effectiveness, and will look after your clothes. The build quality and ease of use really does outshine cheaper machines. If you’re tired of rewashing or simply want to take the hassle out of doing laundry, it’s an investment worth making.

If you have a bit more in your budget for a washing machine and want a whole host of time- and energy-saving features with decent capacity, the LG V9 F4V909BTS should be on your shortlist. Not only is its sleek black steel finish a refreshing departure from so many white boxes, it’s also loaded with a variety of ways to make washing laundry more efficient, faster, and – to the delight of many – could even result in a smaller ironing pile at the end of the week. In tests, it performed exceptionally well on most stains on two cycles.

Gadget lovers will also find lots to keep them happy – connectivity with an app to download extra programmes and alert you when your washing is done, plus Alexa and Google Assistant compatibility for those in pursuit of a smarter home. This washing machine is a cut above the competition

There’s a certain level of expectation when you’re spending more on a washing machine and the LG F4V909BTS doesn’t disappoint. Its design is loaded with features, the most instantly noticeable of which revolve around getting laundry in and out.

For starters, there’s a sheet of tempered glass covering the concave dip in the door – an attractive addition that helps to minimise noise and ensures there’s one less place for dirt to gather. And while that door leads to a porthole that’s not much wider than average, it swings open further. This means that stuffing large items in and getting them out is less of a battle, and you can make the most of the drum’s 68l volume. As you’d expect, despite opening wider, there’s no annoying clash between the door and the detergent drawer. 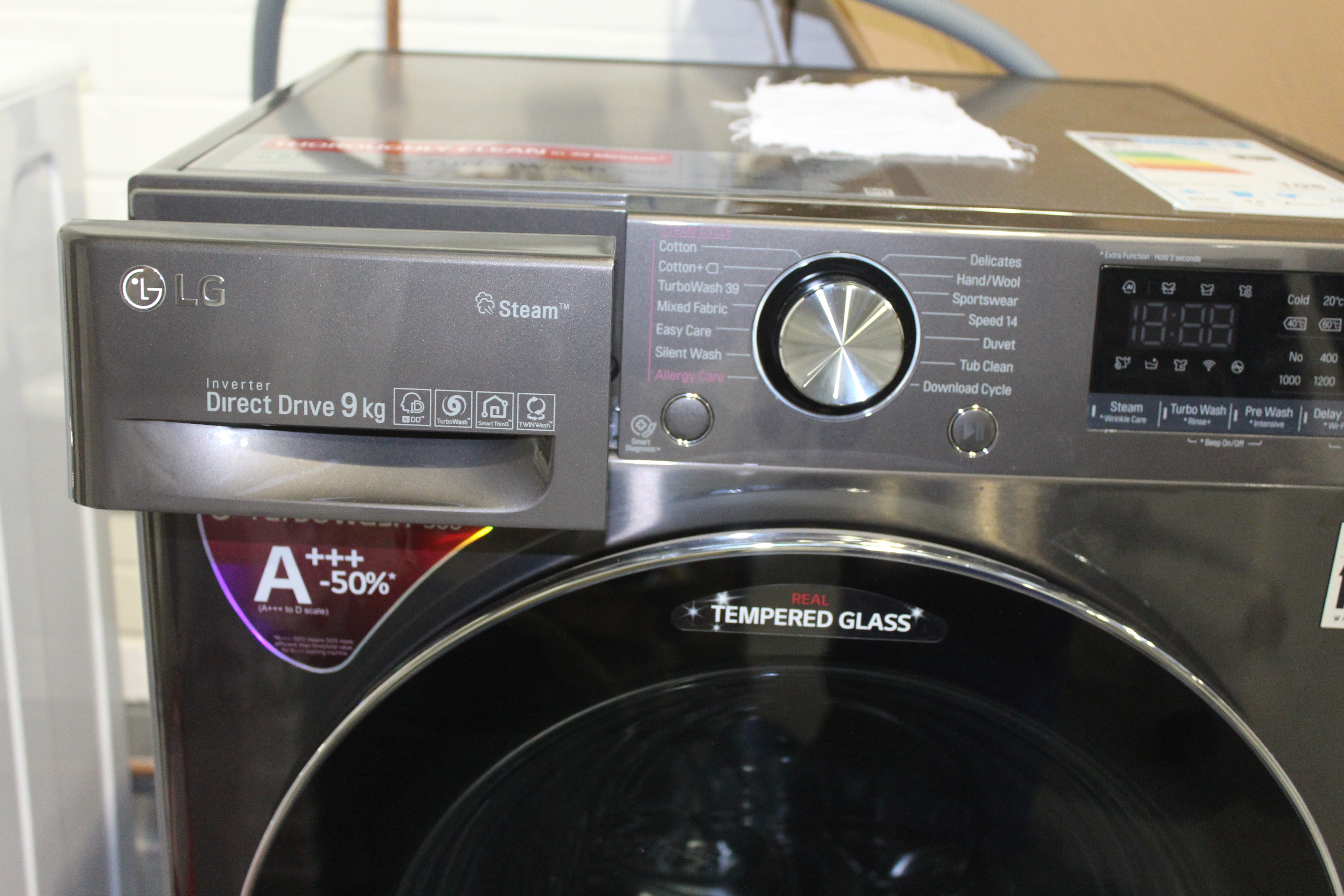 It was effortlessly loaded with almost 3kg of washing, and retrieving everything once the washes had finished was similarly simple – thanks to good drum visibility, even odd socks were easily spotted.

It’s clear that LG has put a considerable amount of effort into making the F4V909BTS not only efficient but also effortless to use. Programmes on the dial are named and flanked by two large clear buttons for switching it on and starting the cycle. To the right, there’s a touchscreen for toggling temperature and spin speed, with further clearly named options, including delay, steam, pre-wash, and adding a forgotten item. 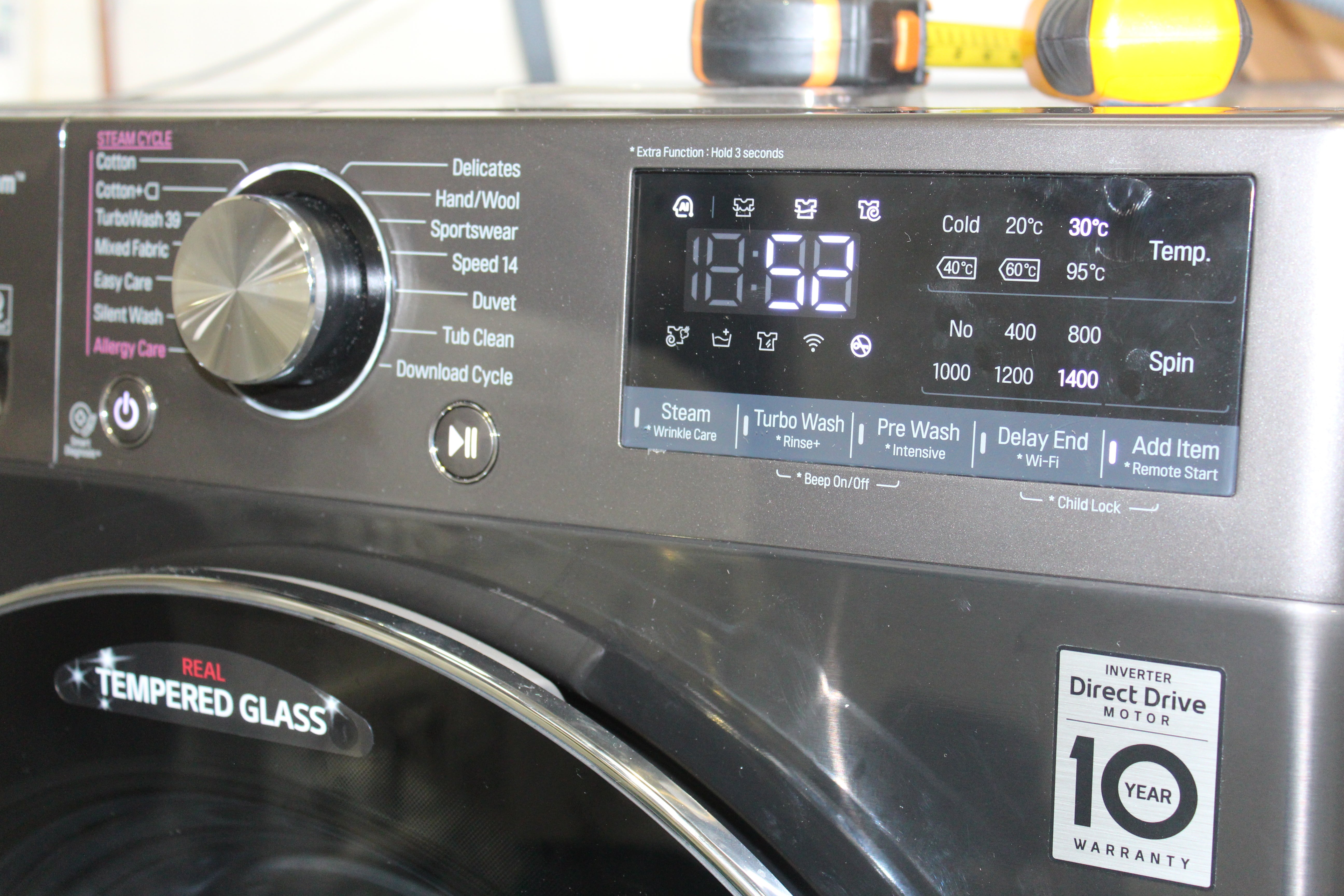 The controls are really simple to use

The choice of programmes is fairly standard and includes most of what you’d need as a couple or a family, plus a speedy 39min TurboWash that sprays water at your laundry for a thorough clean. There are also some useful specialist programmes, such as sportswear, duvet, allergy care and delicates, and a handy tub clean for keeping your machine in good working order. The countdown timer is large and clear – a quick glance instantly shows how long the machine has left to run. The only feature I didn’t like was the chimes it played when the cycle had finished, but that can be switched off.

How the machine washes is also of note – it features AI DD, which helps to protect fabric by optimising the cycle, steam to eliminate allergens and help ease out creases so there’s less ironing to do, and an inverter motor that has greater durability than a brushed one.

However, it’s the bells and whistles that set this machine apart from others. Being able to connect it via Wi-Fi to the ThinQ app means you can download extra programmes, or set a programme and be notified on your device or by your smart speaker when the washing is finished. The app also tells you the current weather outside, presumably so you can decide to put the clean load straight in a tumble dryer or risk hanging it out. 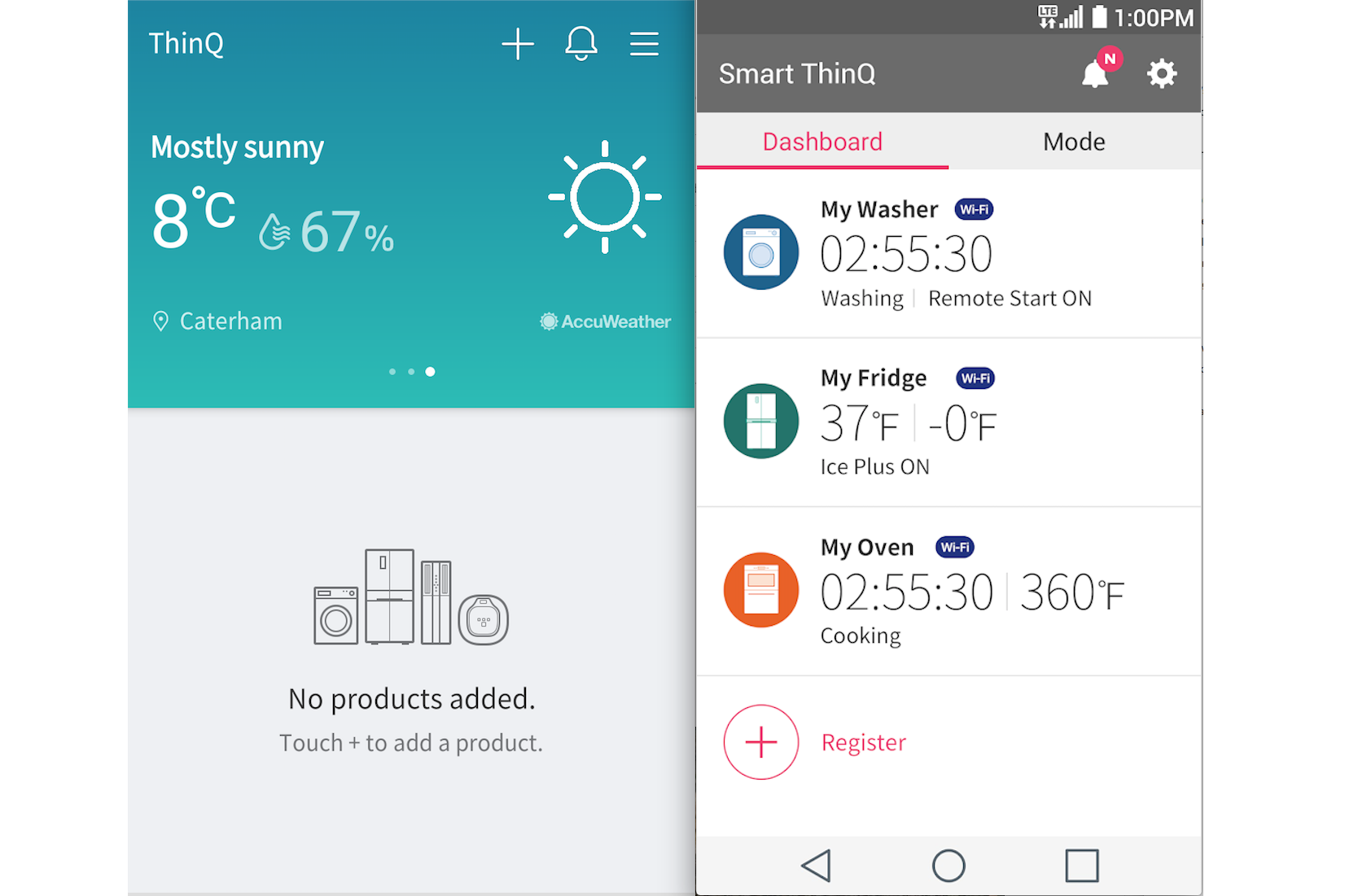 Autodosing, often included in machines at this price point or higher, is perhaps the only feature it doesn’t have. There is no fill and forget option – just a standard detergent drawer with sections for softener, detergent and pre-wash – and no option for using less detergent in each wash.

While the EU energy label states the highest rating of A+++, the LG F4V909BTS is actually more efficient, so it’s no surprise that it performed well in both tests. A standard cotton wash at 30ºC used just 0.2kWh of power, although it consumed a much higher amount of water – 104.6l, presumably to facilitate functions such as steam. A 1400rpm spin managed to leave only 1.03kg of water in the load, around 38.2%. The washing machine’s energy label states that it has an A-rated spin cycle, and the low amount of water retained proves this.

The stain strip, from left to right, had red wine, vegetable oil, tomato sauce, orange juice and gravy, all left to dry into the fabric. After the cotton wash, there was a trace of ketchup and a halo of red wine but the other stains had been removed.

As there is no synthetics cycle, the next load was run on a 40ºC mixed fabric programme. Energy usage doubled in line with the higher temperature and change of cycle – to 0.46kWh – and water usage also rose to 144.9l. A lower spin speed also resulted in an increase of moisture left behind in the finished load – 1.38kg, which equated to 50.7% of the dry weight of the clothes. Stain removal was more effective, however, as only the red wine was visible after the wash – and it was less apparent than on the 30ºC cycle. 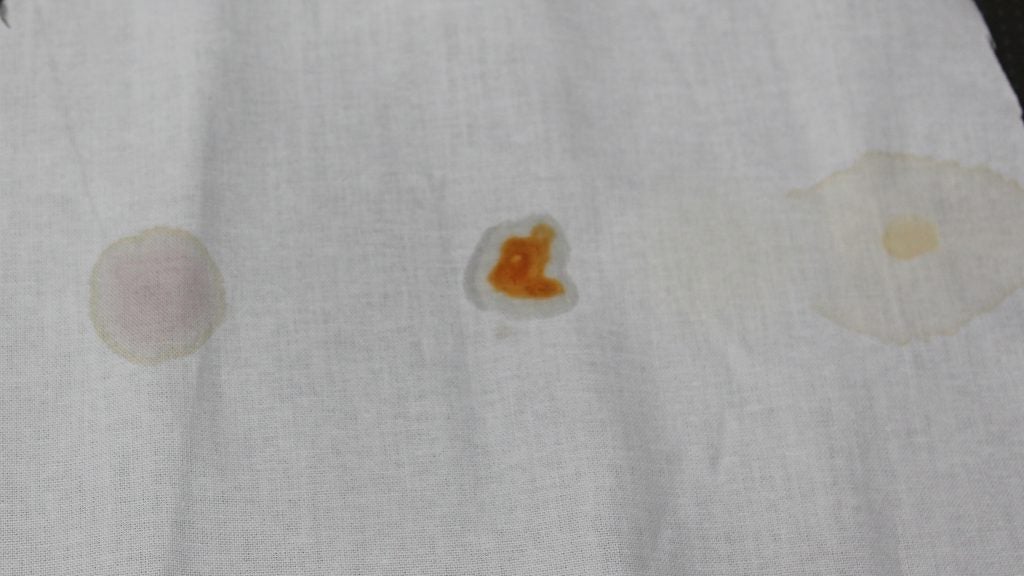 Noise performance was generally good. I measured almost the same figure as the EU energy label during the spin cycle (70.9dB recorded, compared to a stated 71dB). However, I picked up more noise during the wash cycle than the label’s stated figure of 48dB, recording 58.6dB as it cleaned. Both measurements were taken 30cm from the middle of the door.

The LG F4V909BTS’s in-depth running costs were very low when I worked them out. Using the figures on the EU energy label, which assume 220 washes per year, I could calculate an average cost per wash, using average electricity and water costs.

To estimate yearly figures, I used the average number of washing machine loads in the UK (274 per year), and multiplied by three different load amounts (6kg for high, 4.5kg for medium and 3kg for low) to get a total amount of washing per year in kg.

I then worked out how many full loads it would take the LG F4V909BTS to complete all of the washing, which is the most efficient and ideal solution, and gives us a level playing field for comparing washing machines. This showed that the LG F4V909BTS would cost £31.10 per year for high users, £23.33 per year for medium users and only £15.55 for low users.

While it’s not the most advanced washing machine in LG’s range, where the F4V909BTS does well is packing in enough technology to make it ultra-effective and a useful part of your smart home, at an accessible cost. It’s solidly built, beautifully designed and gives a great wash performance. How much value is added by the app will depend largely on what you usually wash and when, but even used without it, the LG F4V909BTS is still every inch a desirable machine, and impressively economical to run. It’s good value for the price, especially if convenience and saving time are elements you’re happy to pay more for