Does the OLED55B6 deliver the quality of LG’s more expensive 2016 OLED TVs? And the short answer is yes.

The best news is that the OLED55B6 delivers the same awesome level of contrast as its siblings, underpinned by immaculately deep, rich, even black colours that remain unaffected by light “leakage” around bright objects, even when watching extreme HDR images.

The OLED55B6 also joins its more premium siblings in doing away with the “vignetting” issues that afflicted LG’s 2015 TVs. The results is that the left and right edges of the picture look just as bright as the central areas, rather than dimming slightly as they did before. 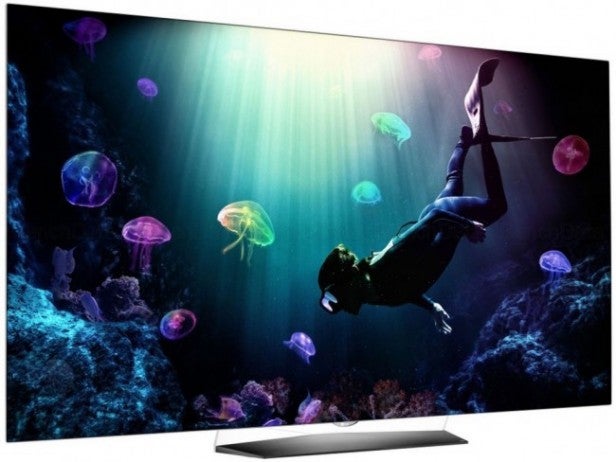 Feeding the OLED55B6 HDR pictures reveals that these mesmerising, exclusive-to-OLED black levels can share a frame with punchy whites and bright colours similar in intensity to those of LG’s flagship G6 series. For some reason the E6 models look brighter, but only slightly.

The HDR sources we’ve seen to date are almost always accompanied by wide colour gamut technology, and the OLED55B6 handles these expanded colour palettes superbly. The way its colours can appear within a pixel’s width of the screen’s inky blacks helps them look incredibly intense, despite not achieving the same raw brightness of the best HDR LCD TVs.

There’s a high level of subtlety in the colour performance too, enabling the screen to reproduce wide colour images without succumbing to striping or plasticky skin tones.

Throw into the mix the sort of subtle shadow detailing that’s impossible to replicate on an LCD screen. The OLED55B6 proves again that OLED remains peerless when it comes to the dark end of the spectrum.

The OLED55B6 also does a decent – if not quite outstanding – job of selling the detail and clarity joys of UHD. There’s a touch more refinement in the detailing of the flagship OLEDG6 series, mostly down to slightly improved colour management. I doubt many people would consider the difference big enough to stretch to the G6 series’ £6,000 asking price. 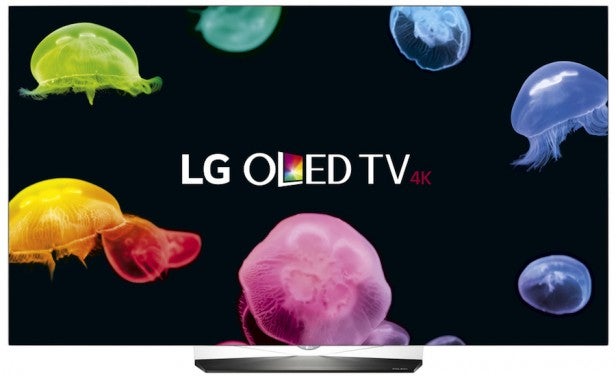 One last strength of the OLED55B6 is its playback of standard dynamic range sources. It’s so effortlessly awesome at handling SDR’s images that I’d say there’s no other TV out there that can do it so well. Except for LG’s other 2016 OLED TVs.

The worst of these is clipping – a loss of detail in the brightest HDR picture areas. This can, for instance, cause a bright shot of the sun to appear more like a whitish hole in the image, rather than a fully realised rendering of a sun. This issue is at its most noticeable with whites, but can affect very bright colours too.

The clipping issue is much more of a problem with the OLED55B6’s HDR10 playback than it is with Dolby Vision HDR, seemingly because Dolby understands the shortcomings of the panel and sacrifices some brightness in return for more detail and colour richness. While such a move isn’t ideal, the simple reality is that the more detail-rich Dolby Vision pictures look significantly better overall.

There’s also more noise in dark backdrops than rival screens, and it displays the same occasional patches of blocky colour errors – usually visible in shots of skies – with HDR content.

The darkest parts of HDR images can also look slightly dominant and hollow – again, I suspect, due to a slight shortfall in native brightness.

Motion isn’t handled brilliantly, either. 24fps images from Blu-rays and UHD Blu-rays suffer with judder if you don’t use LG’s motion processing, but tend to exhibit unwanted side effects such as smudging around the edges of moving objects and momentary image pauses if you do use the feature.

Despite the issues, the OLED55B6’s picture performance is exceptional overall -– uniquely so if you prefer deep, consistent blacks to LCD’s extra brightness and bright-area detailing. 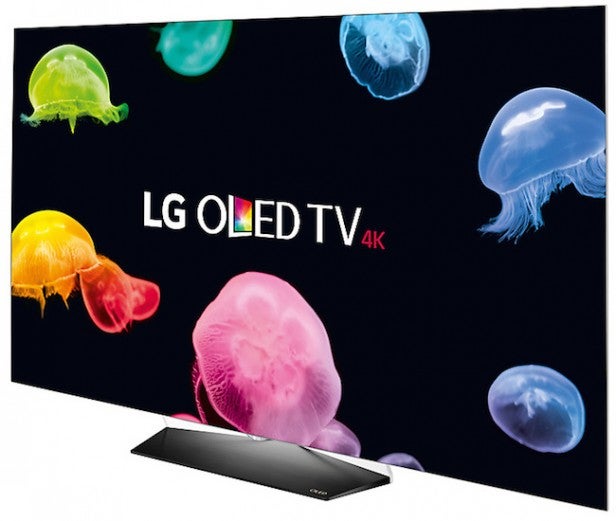 The OLED55B6’s pictures are only slightly less refined than those of LG’s flagship G6 models, making its vastly cheaper price look like a steal. But doesn’t keep up with the step up E6 and G6 series when it comes to sound quality. Both of the more premium models feature built-in soundbars capable of pumping out vast amounts of bass, volume and clarity, which wouldn’t be out of place on a decent quality separates system.

The OLED55B6, by comparison, only features a fairly standard set of speakers built into its svelte frame. Predictably, these sound much more muted, flat and uninvolving – although they do at least understand their limitations and so don’t readily succumb to crackling and/or phutting distortions.

If you’ve already decided that OLED’s peerless light controls and black colour reproduction are for you, the OLED55B6 looks like as much of a bargain as a £2,800 TV could ever be. It delivers much of the frequently stellar picture quality seen on LG’s high-end OLED TVs for a fraction of the price, and its webOS smart TV interface remains the one to beat.

But bear in mind that when it comes to HDR playback, the OLED55B6 is more a personal preference than a flat-out “winner”. Its OLED technology is certainly superb at handling extreme contrast and dark HDR images thanks to its pixel-by-pixel light control, but top-level LCD TVs such as the Samsung UE65KS9500 handle the bright end of HDR’s potential with far more punch and detail – albeit only at the expense of occasionally distracting backlight flaws.

If you’re desperate to get your hands on LG’s 2016 OLED picture quality but just can’t handle the eye-watering prices of the G6 and E6 series, the OLED55B6 is a dream come true.