This is LG’s least expensive Ultra HD OLED TV for 2016. The £2,700 price tag will itself be enough to win the hearts of many AV fans looking to make the jump to OLED. Especially since its relative cheapness seems to have had minimal impact on its picture quality. It may not be as fancy as the models higher up in the range, but this gets the job done beautifully.

Some of LG’s 2016 OLED TVs have been extraordinarily beautiful, and the OLED55B6 looks quite ordinary by comparison. Its rear sticks out a few centimetres rather than just the few millimetres of LG’s E6 and G6 OLED models. Its desktop stand is finished in a rather dour black as opposed to the usual gleaming silver. Its OLED pixels don’t benefit from being mounted directly onto a sheet of glass. Overall, build quality feels disturbingly “normal”. 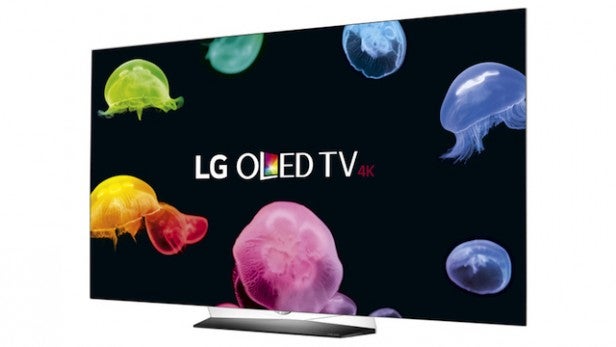 But while the OLED55B6 might look and feel pedestrian by LG OLED standards, it’s actually gorgeous in the context of the wider flat TV world. Not least because around two-thirds of its rear remains incredibly slim, while its outer edge sports a dashing metallic sheen.

The screen is flat, not curved. If you want a curved screen (I’m struggling to think of convincing reasons why you would) you’ll need the LG OLED55C6.

First, keep the main brightness setting within a very narrow band: 49-52. Go below 49 and dark areas begin to lose detail and depth. Go higher than 52 and the stunningly rich black colours that are OLED’s single biggest selling point are suddenly infiltrated by low-contrast greyness.

Next, when watching HDR 10 or Dolby Vision HDR (the OLED55B6 supports both), don’t be tempted to use the most aggressive setting options, since these make the brightest parts of HDR pictures look overexposed.

Always turn off the TV’s noise-reduction options when watching native 4K/UHD sources. And finally, when watching movies at 24 frames a second from Blu-ray/Ultra HD Blu-ray, set the OLED55B6’s motion processing to Custom mode, with its judder and blur components set to somewhere below half their power.

The OLED55B6’s single most important feature is its OLED picture technology. This lets every pixel produce its own light, while LCD forces groups of pixels – or sometimes, all pixels at once – to share an external light source.

The result, as we’ve seen time and time again, is a combination of stunning contrast and immaculate light precision that current LCD technologies could never hope to match. 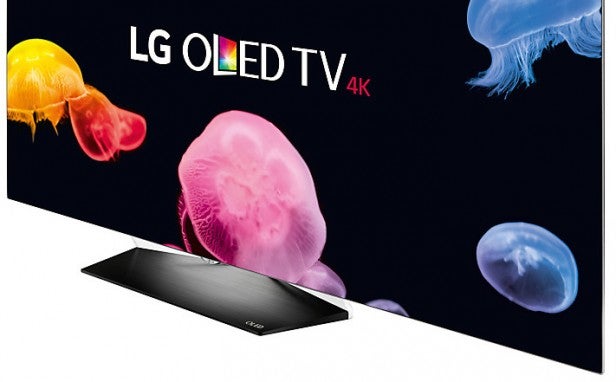 Despite being much cheaper than its E6 and G6 siblings, the OLED55B6 seems to offer an identical picture specification in terms of contrast, brightness, colour range and motion processing – on paper at least. Particularly eye-catching are a maximum brightness of around 650 nits (far ahead of anything LG’s 2015 OLED range could manage), and a colour performance that delivers around 94% of the so-called DCI-P3 colour spectrum used in commercial digital cinemas.

The OLED55B6’s specifications are comfortably in excess of those needed for ‘Ultra HD Premium’ certification, a standard the AV industry devised to highlight the best UHD and high dynamic range performers.

LG’s decision to carry the Dolby Vision version of HDR, with its extra layer of data providing scene-by-scene optimisation, seems like a canny move. Articles suggesting a format war between Dolby Vision and the more common HDR10 system are overblown, but it’s still reassuring to know that a TV supports both. Especially since Dolby Vision produces a tangible performance benefit.

The OLED55B6’s smart features cover the usual combination of streamed multimedia from networked DLNA-capable and Bluetooth devices, plus access to LG’s decently expansive array of online apps and content sources. 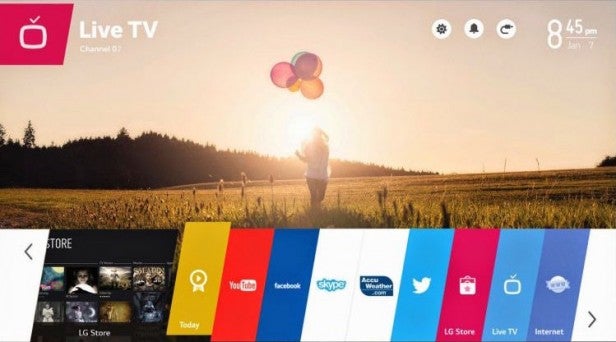 Online highlights include Sky’s Now TV platform, HDR and UHD-capable versions of Netflix and Amazon, plus access to the catch-up TV services of all the UK’s main terrestrial broadcasters courtesy of the Freeview Play platform.

Freeview Play lets you access its on-demand content either via separate channel apps, or via a handy electronic programme guide, where you can scroll backwards and forwards in time.

The LG webOS interface makes navigation simple. This remains the most slick, efficient and friendly smart TV system that the TV world has to offer, despite not changing much since 2015.

There is one feature the OLED55B6 surprisingly doesn’t include: 3D. This might not bother many people, given the apparently dwindling fortunes of 3D as a home-entertainment format, but there are certainly a few AV fans who won’t be happy at the idea of the OLED55B6 rendering their 3D disc collections redundant.