The LG Gram 17 (2020) is the best 17-inch laptop you can buy for basic tasks such as web browsing and video streaming, thanks to its astonishingly light design. It may not offer a huge leap forward from the previous iteration, but the extended battery life and faster processor are welcome improvements that strengthen its hold as the lightweight champion

The LG Gram 17 was the lightweight champion of 2019, weighing so little you’d assume it was manufactured in Hogwarts.

The new 2020 model improves further on this seemingly supernatural laptop – with an updated processor, larger battery and improved display combining for an overall better package.

However, LG seems to be running short of magic dust, with the benefits of the new upgrades constrained by the uniquely slender and ultraportable form factor.

But given this is an improved version of Trusted Reviews’ favourite 17-inch laptop of 2019, it remains an excellent device that’s comfortably among the very best notebooks available to buy.

The LG Gram’s best magic trick is being so mindbogglingly light, while still packing plenty of modern components. Pick it up and you’ll swear it’s hollow, but there are no deceptions or illusions here.

The entire LG Gram range specialises in being incredibly lightweight, but the LG Gram 17 is easily the most remarkable given its large design. In fact, most manufacturers don’t bother with 17-inch laptops (excluding gaming notebooks) due to their unwieldy size and weight, but there’s no such issue with the Gram – I tuck it inside my rucksack every day and forget it’s even there. 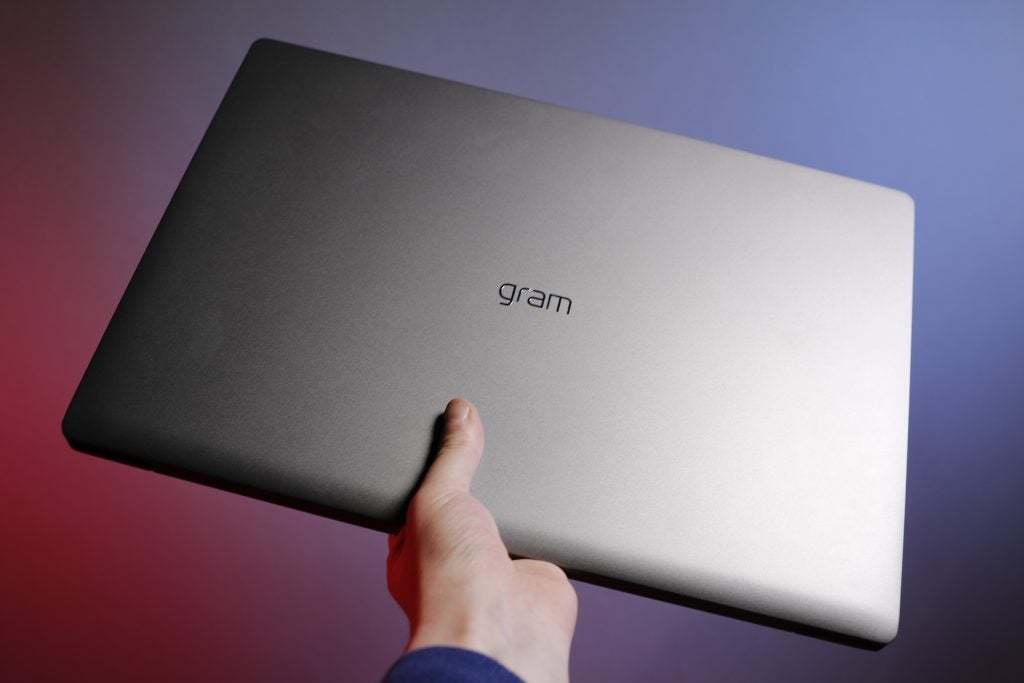 Are there any major aesthetic alterations for the 2020 model? The hinge has been hidden away inside the chassis for a cleaner look, but otherwise, it’s pretty much identical to its older sibling.

I’m a little disappointed (but not surprised) that the Gram hasn’t had an aesthetic makeover. It looks a bit plain, especially when compared to more stylish rivals such as the Surface Laptop 3 and Dell XPS portables. You can buy a model with a fresh white paint job, which looks far better than my grey review sample, but I’m still pining for some more colourful options. 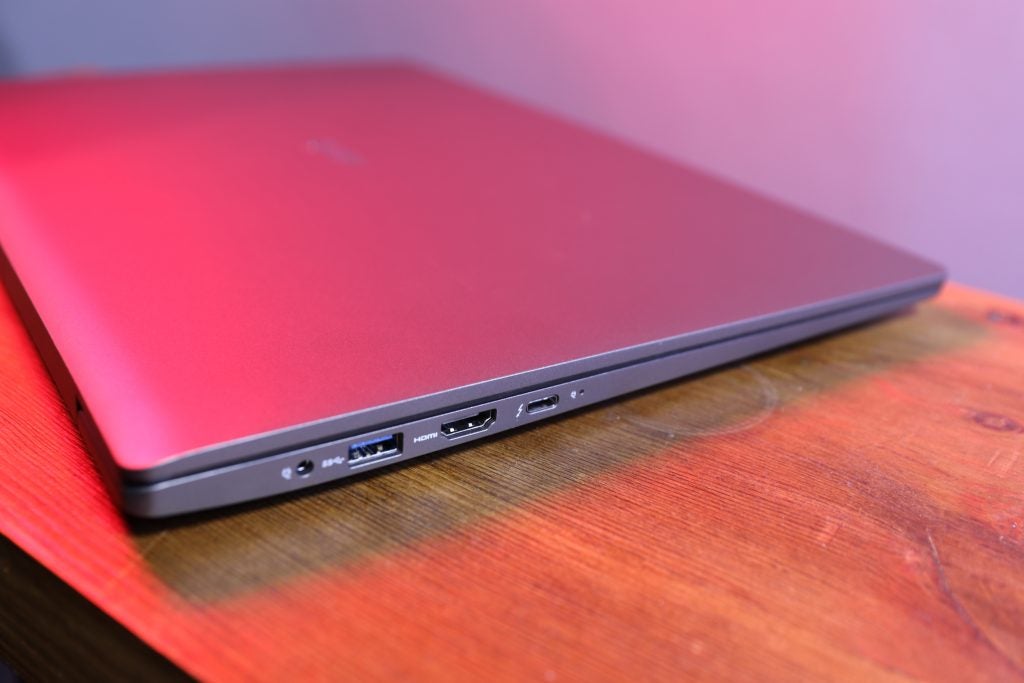 While the Gram 17 doesn’t look remarkable, it’s certainly very practical. It has a huge range of port options including Thunderbolt 3, HDMI, 3x USB, miniSD slot and headphone jack. You don’t need to bother with an external adapter here.

Sometimes the best compliment you can give a keyboard is that it’s forgettable. That’s certainly true with the Gram 17; its keys offer sufficient travel for a comfortable typing experience while keeping noise to a minimum so you don’t disturb co-workers.

One of my favourite features of the Gram’s keyboard is its orange-coloured shortcut icons, which make them refreshingly identifiable. No need to hammer multiple key combinations just to find out how to do a screenshot. 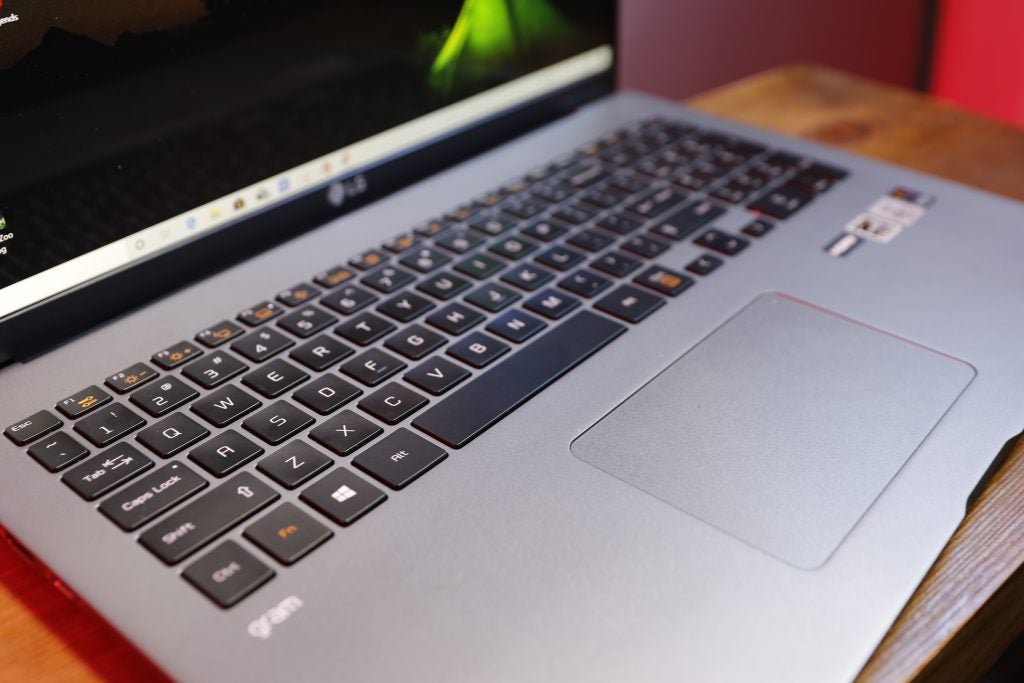 One of those key commands will also activate the keyboard’s backlight – you can toggle between Low, High and Off. This is handy for late-night work, although keep in mind it can be a big battery drain.

The keyboard is wider than it was in the 2019 Gram to allow for a larger number pad. The Backspace, Enter and Shift keys have also been given a size boost – which may sound like a minor alteration, but it makes a significant difference in avoiding typos when touch-typing.

The trackpad is equally impressive: smooth to the touch and super-responsive. It’s large enough that it’s easily reachable too, but not to the extent to encourage accidental swipes and presses.

The new processor and bigger battery will steal most of the headlines for the upgraded 2020 model of the LG Gram 17, but one of the most improved features is actually the display quality.

That may only be a 3% improvement compared to the LG Gram 17 from 2019, but put both iterations side by side and you’ll immediately see the latest model has a remarkably cleaner picture. 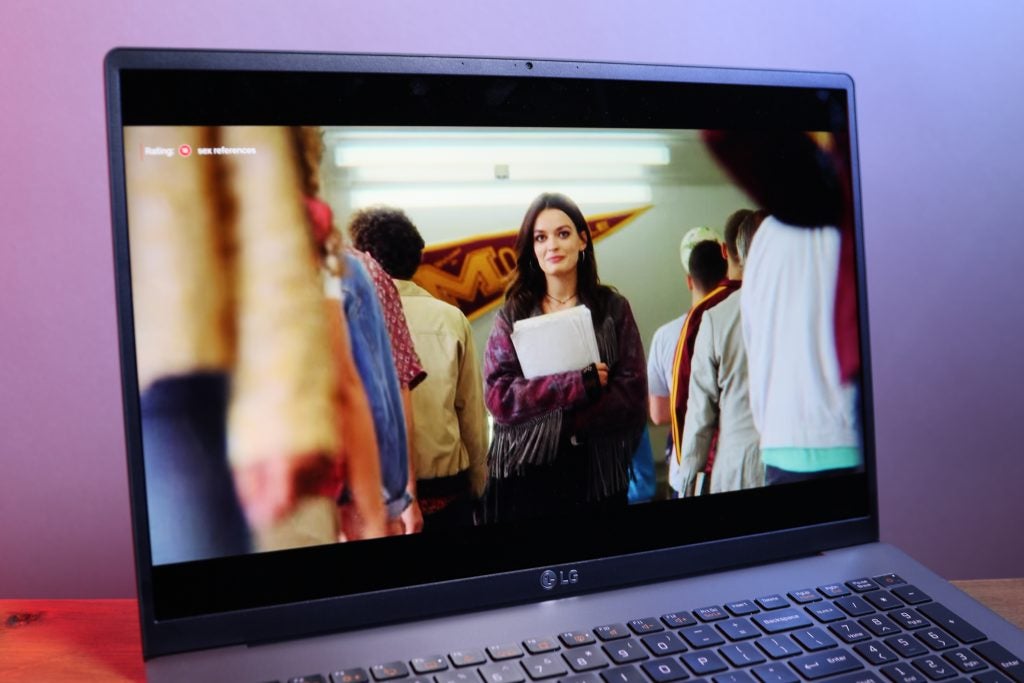 Contrast, too, is high at 1550:1, making for bright and punchy colours that stand out more vividly. I loved using the Gram as my go-to Netflix source during my travels, especially since you’re getting a whopping 17 inches of screen.

The screen is quite glossy, though, making it frustratingly reflective. I often saw the office ceiling lights invading the display, which can become distracting. You’ll want to avoid using this laptop outdoors when it’s particularly sunny.

The biggest problem of 2019’s model of the LG Gram 17 was the outdated processor – it was using an 8th-Gen Intel Core chip when rival laptops had already made the jump to 10th-Gen processors.

The new LG Gram 2020 makes amends by fitting Intel’s Ice Lake chip. This gives the new laptop decidedly stronger performance results than its older sibling. It zips through web browsers, word documents and the like.

The CPU performance may have improved since the 2019 Gram, but it still isn’t quite high enough to compete with most modern laptops. The 15-inch Surface Laptop 3 shares the same Intel Core i7-1065G7 processor as our Gram 17 review unit, yet scores superior benchmark results.

I’m pointing the finger at the Gram’s uniquely slender and lightweight frame, which looks to be throttling performance. Is it something to worry about? Not really, especially if you’ll only be using the device for web browsing and video streaming. But you can get more powerful laptops for lower prices elsewhere.

Intel’s Ice Lake chip also boasts integrated graphics, which should theoretically allow the Gram 17 to run low-demanding games without a graphics card. However, the Gram’s graphics benchmark scores are far lower than most other Ice Lake laptops, while game performance is so poor for the likes of Apex Legends that it’s pretty much unplayable.

To make matters worse, the laptop’s chassis gets super-hot when running a game for extended periods, so much so that the keyboard becomes uncomfortable to touch. It’s a shame since that 17-inch Quad HD display would have been great for gaming – but that incredibly light and thin design had to come with some compromises.

The SSD performance has at least improved dramatically, with read and write scores soaring up to 3391MB/s and 1981MB/s respectively. These are some of the best results I’ve seen for a laptop of this price, ensuring you won’t be waiting around too long when saving and loading data.

If there’s any upgrade good enough to tempt you to opt for the new LG Gram (2020) over the 2019 model, it’s the increased battery capacity. LG has swapped the old 72Wh battery for a larger 80Wh cell.

LG claims the new Gram 17 has a battery life up to 17 hours long – that figure is pretty hyperbolic according to our results. We recorded a battery life of 10 hours with the Powermark benchmark, which still admirably puts this laptop ahead of most modern-day Ultrabooks.

We achieved this figure by reducing the brightness to 150 nits, opting for a “balanced performance mode”, and deactivating the keyboard’s backlight. Expect to have a couple of hours slashed off the stamina if you can’t bear to compromise, but even then the Gram 17 should easily endure a workday. 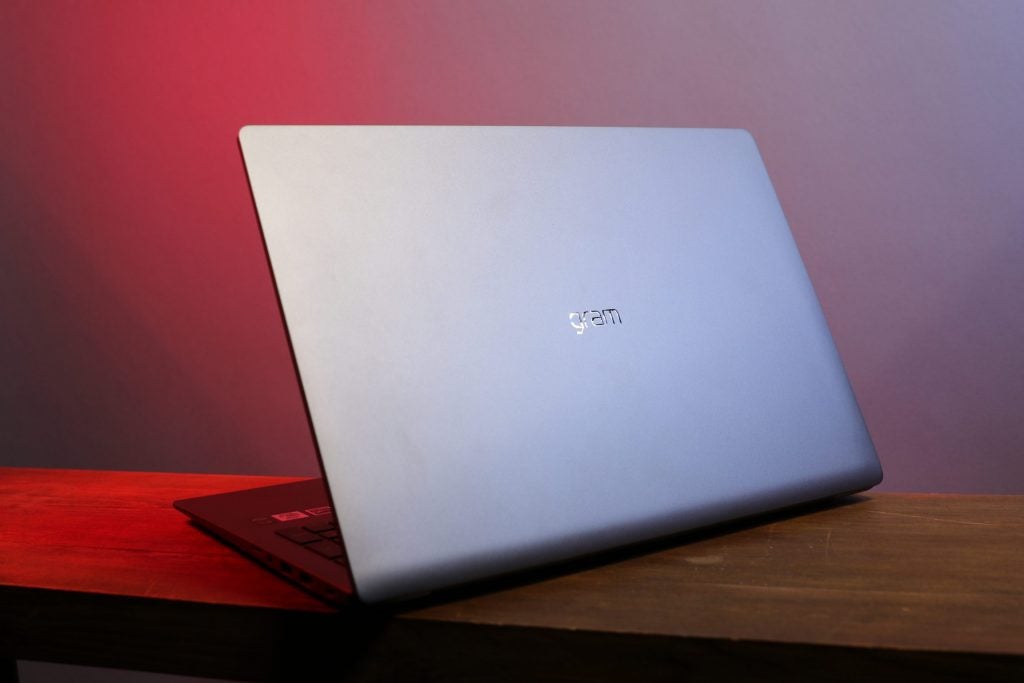 The LG Gram 17 (2020) is unrivalled when it comes to 17-inch notebooks. Such a large form factor had become obsolete in recent times, but LG’s unbelievable super-lightweight design has allowed the Gram to offer all the benefits of an ultrabook without sacrificing the blockbuster screen.

The 2019 iteration of the Gram 17 was already one of our absolute favourite laptops, but this new model offers a slew of improvements including boosted performance, an extended battery life, speedier SSDs, and an even more gorgeous display. These upgrades are admittedly minor, with the Gram 17 (2020) feeling like a refresh rather than an outright successor, but they’re welcome all the same.

It’s disappointing that Ice Lake’s integrated graphics failed to fulfil its promise of gaming without a graphics card, but something had to give when LG was performing miracles with the design.

If you’re looking for a device to handle simple tasks such as web browsing, video streaming and office work then the LG Gram 17 2020 is the very best 17-inch laptop you can buy.