No, sorry, we just don’t get it. We’d got this clearly bizarre notion in our heads that all the main TV brands were almost scarily heavily invested in making 3D a ‘must have’ technology for 2011 and beyond. Yet here, in the shape of LG’s 50PW450T, we have a 3D TV that does just about everything in its power to make 3D look as enjoyable, immersive and desirable as a cow pat. Weird.

Here’s the deal. The 50PW450T is a 50in TV using plasma technology. Furthermore, it’s a 50in plasma TV that delivers 3D while costing the almost infeasibly small amount of £599 – a price which remarkably includes a pair of active shutter glasses. So on paper the 50PW450T has got ‘uber-bargain’ slapped all over its big, hardened screen, and has the potential to be one of the most popular 3D TVs ever. Indeed, it’s so cheap that it could just be the TV that finally sees 3D in the home go mainstream. 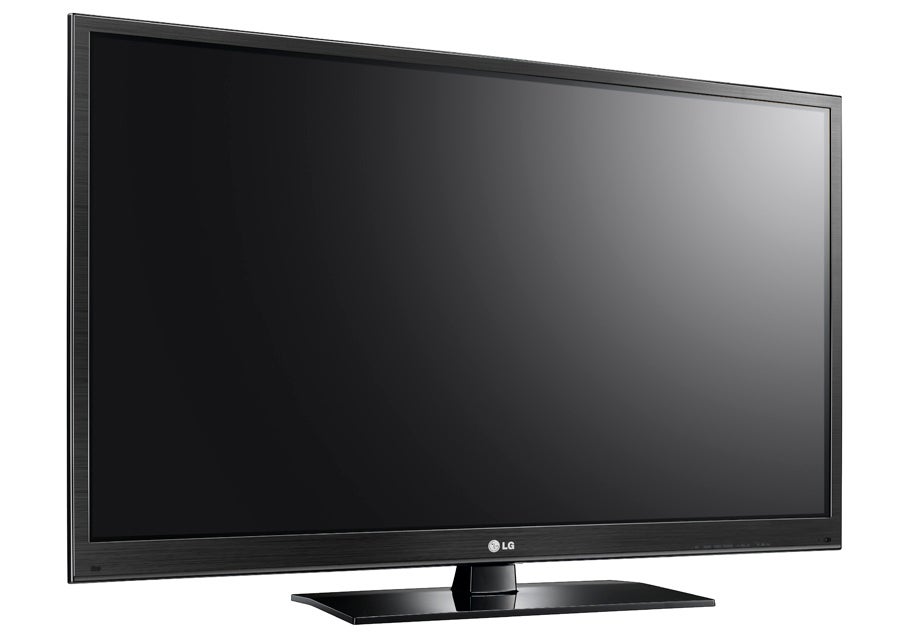 The only problem with the 50PW450T’s potentially revolutionary status is that its 3D pictures set new standards of awfulness, at least so far as plasma technology is concerned. Honestly, 3D images of all types suffer with more crosstalk ghosting noise than we’d actually thought plasma screen technology was capable of producing – so much so that we honestly don’t even feel that we can fairly call the 50PW450T a 3D TV any more.

We tried 3D disc after 3D disc with the 50PW450T, but with every one the TV struggled to show even a single scene that didn’t suffer with blindingly obvious crosstalk issues.

This could take the form of strong double ghosting echoes of key objects in the frame, especially if they’re in the mid to far distance, or it can affect detailed backgrounds, turning them from crisp, layered 3D backdrops into fuzzy, out of focus messes.

The crosstalk is relentlessly consistent too, appearing equally potently over bright and dark content, so that your eyes seldom if ever get a momentary respite from the headache-inducing mess they’re trying to resolve. To be fair, the crosstalk problems do reduce when watching side by side Sky 3D broadcasts, at least where foreground objects are concerned. But it’s still clearly obvious over backgrounds.

This is all painfully reminiscent, of course, of the disastrous 3D efforts of Sony’s EX723 series. But what’s really got us scratching our heads about the 50PW450T is that we’re seeing so many problems on a plasma TV. Our assumption has always been that plasma, with its faster response time, just couldn’t suffer as badly with crosstalk as LCD. But it’s now obvious that, to paraphrase the great Mitch Henessey, when me made that assumption, we made an ass out of ‘u’ and ‘umption’.

Other aspects of the 50PW450T’s 3D pictures aren’t too bad for such a cheap plasma screen. Colours can look decently rich despite the dulling effect of LG’s pretty comfortable 3D glasses, and dark scenes manage to retain at least some shadow detail. But these positives are rendered null and void by the crosstalk.

So not the most illustrious start for the 50PW450T but before writing is of completely, there are a few positives to note. For a start it has a built-in Freeview HD tuner – an excellent surprise to find on such a cheap big-screen TV. What’s more, LG even somehow manages to chuck in a single pair of its active shutter 3D glasses for free as well. This makes the lack of any pairs with other much more expensive 3D sets we’ve tested recently seem all the more stingy. 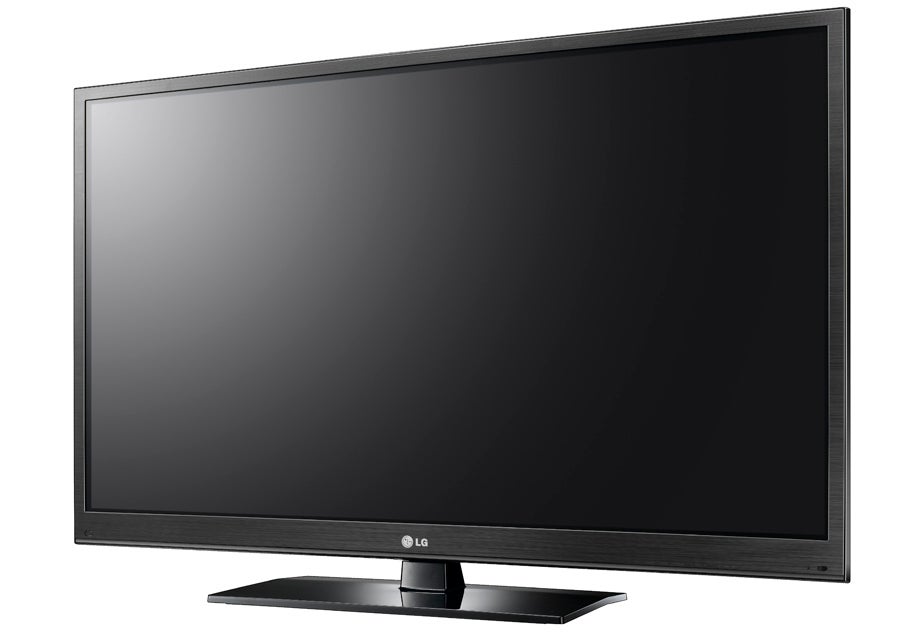 The 50PW450T also provides enough picture calibration tools, including most notably a colour management system, to have secured the backing of the Imaging Science Foundation. There are thus two ISF slots among the picture preset memories, and actually you first have to choose one of these if you want to access the more in-depth calibration tools like the colour management system.

The 50PW450T even delivers a modicum of multimedia support, as a USB port proves able to handle music, photo and (h.264/DivX HD) video formats. The set doesn’t carry LG’s Smart TV system, though, and nor does it let you access files on a networked DLNA PC. And finally – in what could be another deal breaker for some of our readers – the screen isn’t full HD, instead using one of those old 1024×768 resolutions we used to see on plasma TVs of yesteryear.

Some – though certainly not all – of the features we’ve just been through have started to rescue the 50PW450T a bit from the hole dug for it by its 3D images. But its biggest saving grace by far is its 2D HD picture quality, as it makes Blu-rays and Freeview HD broadcasts actually look quite good. 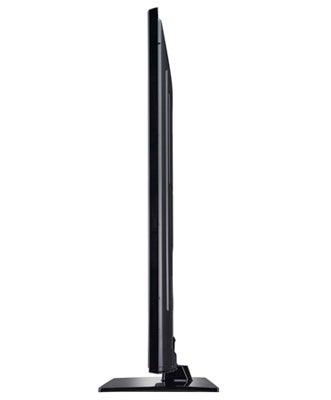 There are three main elements to the 50PW450T’s 2D HD success. First, the pictures look surprisingly sharp for such a large screen that doesn’t have a full HD resolution. Second, while the set’s black level response isn’t nearly as good as that of the best new plasma screens from Panasonic and Samsung, compared with most LCD TVs it is rich, consistent and reasonably good at retaining shadow detail. Finally, although colours lack finesse (which we’ll go into more in a moment), they are quite vivid for a plasma TV, and so join with the decent black level response in helping HD pictures look agreeably dynamic.

It’s worth adding too, of course, that the 50PW450T’s use of plasma means it’s free from the viewing angle limitations associated with LCD TVs, and also suffers with practically no motion blur at all.

Without the 3D glasses on, though, you do start to see quite a lot of noise in the 50PW450T’s HD pictures. Things generally look a bit ‘fizzy’, and during camera pans this fizzing can be amplified to very distracting levels, especially over skin tones. There’s also a bit of judder to contend with, at least while watching 24p Blu-rays, and we occasionally spotted some brightness shifting in the picture, especially when experimenting with the Vivid preset. But then you should only even dream of using a toned down version of this preset with 3D anyway, as it’s far too aggressive for normal 2D viewing.

Actually, the 50PW450T’s standard def images in general aren’t particularly great. For as well as the colour issues, edges tend to look rather jagged (something that’s actually visible to a lesser extent with HD too), source noise tends to dominate, and the fizzing video noise during camera pans increases considerably. Throw in a few rogue colour tones and a little shimmering noise over finely detailed objects like people’s hair, and you’ve got a standard definition picture which, while not perhaps as horrible as we’ve made it sound, certainly does feel very much the product of an extremely cheap plasma TV engine. 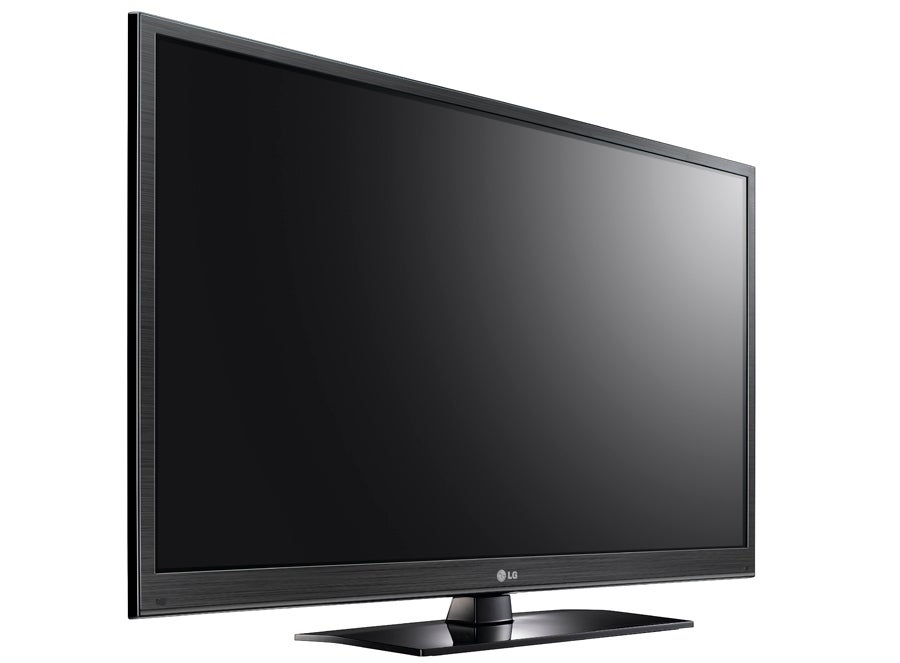 The 50PW450T performs rather better sonically, producing a quite open, distortion-free soundstage that manages a bit more bass than most flat TVs without leaving vocals sounding overwhelmed or trebles sounding either over-bright or harsh.

Unfortunately, though, there’s one more failing of the 50PW450T to cover before we wrap up: its input lag. Even using the set’s game mode we found that the 50PW450T took 100ms longer to produce a picture than our reference BenQ XL2410T gaming monitor. This level of input lag is easily enough to negatively affect your gaming performance, and is way higher than the input lag figures of any other 2011 TVs we’ve tested aside from, um, LG’s own cinema 3D LCD models.

The 50PW450T is so ridiculously, jaw-droppingly, incomprehensibly cheap for a 50in plasma TV that its ability to make HD sources look pretty good just about gives a raison d’etre, and saves it from scoring a mark lower than the ‘six’ overall score it’s ended up with.

If your TV diet is mainly standard def, though, or especially if you were thinking of buying the 50PW450T for its 3D capabilities, then believe us when we say that it is most definitely not the must-have bargain we’d hoped it might be.