Whether you care about 3D or not, it’s a big deal to the manufacturers. Every big brand has been falling over itself to tell us how much effort they’ve put into making their 2011 3D TVs better.

So when we clocked the shockingly poor state of the 3D pictures of Sony’s 32EX723 a couple of months back, we couldn’t believe our eyes. Surely the unfocussed, crosstalk-crazy 3D mess must be the result of a faulty sample or something? Sadly, no. This really was how they’d look to anyone unlucky enough to buy the TV.

Then it occurred to us that maybe the problems were restricted to the 32in model – a result, perhaps, of that size using a rogue panel?

Again, alas, this is not the case. A fact we now know because we’ve been looking at the 32EX723’s bigger brother, the 40EX723 – and its 3D pictures are every bit as nasty, as we’ll discover later. First, though, we should focus on the 40EX723’s design and specification – two areas where the 40EX723 is much more successful. 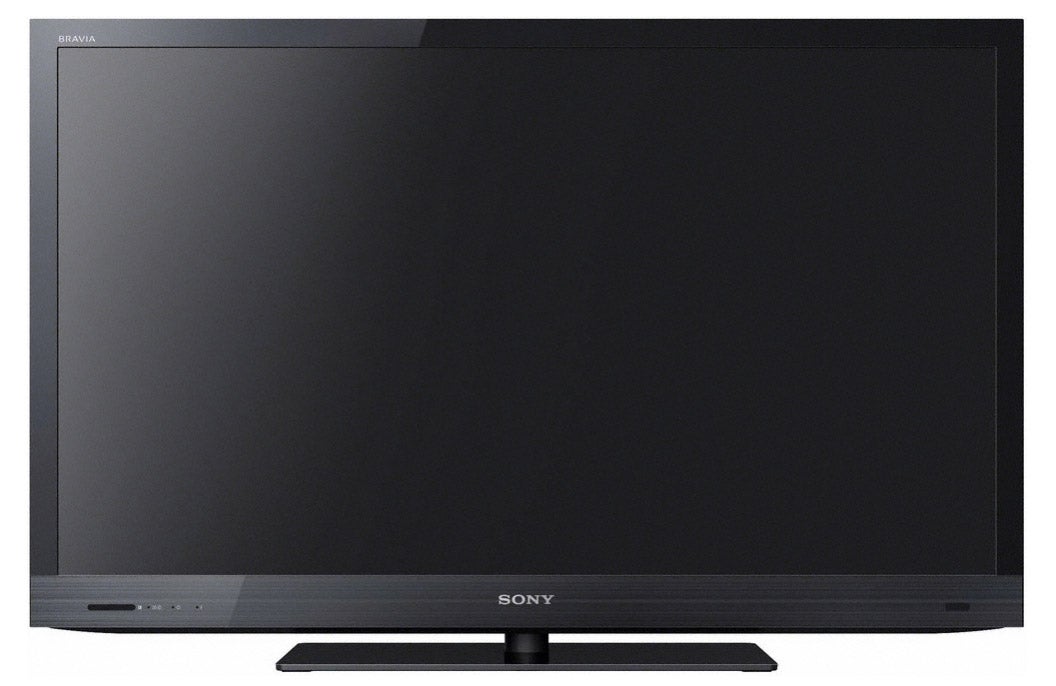 Aesthetically it’s distinguished by the pleasing narrowness of its bezel, and the reasonably high quality of its finish. The use of a deep grey in the bottom edge to contrast with the black of the other three sides works quite nicely too.

Its connections are very respectable for a 40in 3D TV we’ve found for under £700, with highlights of four v1.4 HDMIs, two USBs and an Ethernet port. The USBs can record from the set’s integrated Freeview HD tuner or play music, photo and video files from USB storage devices, and the Ethernet port can transport you to the delights of Sony’s latest Bravia Internet Video service.

BIV focusses heavily on video streaming content, with highlights including the BBC iPlayer, YouTube, LoveFilm, the Demand Five Channel 5 catchup service, a vault of old Sony TV series including Rescue Me and Kidnapped, Sony’s own subscription Qriocity video and music service, Eurosport and an interactive Sky News feed. There are now also Twitter, Facebook and Skype  ‘widgets’, but for us its the amount of video that makes BIV so successful as an online TV platform.

You can also make the TV wi-fi if you add an optional extra dongle to one of the USB ports.

One thing to note if you’re thinking of hanging a 40EX723 on a wall is that many of the connections – including three HDMIs and the RF input – face directly out of the TV’s rear, which could present you with a few problems unless you can dig out a hole for the cables to sit in.

Calling up the onscreen menus via the lightweight but effectively laid out remote control reveals a menu system similar to that seen recently on Sharp’s 46LE831E, whereby the picture is reduced to make room for menu ‘bars’ to appear across the bottom and down the side. Sony’s get more onscreen real estate to work with, though, which makes them a bit easier to use – though there’s still quite a bit of scrolling around at times to get to even some fairly basic features.

Picture adjustments are plentiful, if in some ways rather unusual. For instance, noise reduction is split into three separate sections: normal, MPEG and dot. Plus an Advanced menu contains processing options for adjusting black levels, sharpness, edge presentation, colours, the level of motion processing being applied, and more besides. Personally, though, we’d recommend leaving the majority of these tools turned off, at least when watching HD. The only ones we consistently left on were the Advanced Contrast tool and the black level booster – though even these we kept set to ‘Low’.

It’s worth experimenting with the TruMotion settings too, for using this on its Clear or, at a push, Standard setting can improve some types of footage – most notably some sorts of sport. We didn’t feel tempted to use
TruMotion with any Blu-ray movies, though. 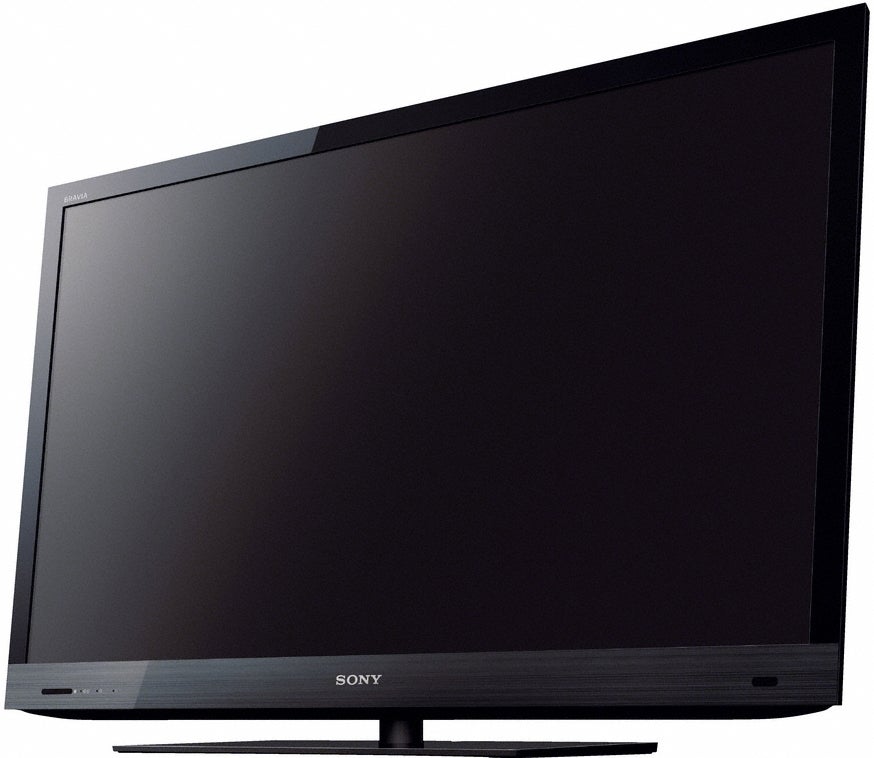 There was only one place we could start the performance part of this test: the 40EX723’s 3D performance. We really thought it couldn’t be as bad as that of the 32EX723. But we were wrong.

The 40EX723’s 3D images – assuming you buy some of Sony’s optional 3D glasses, as none are included as standard – are every bit as nausea-inducing as those of its smaller sibling. And for the same reason: crosstalk is remarkably bad. Any 3D shot with even a little depth to it looks out of focus and fatiguing, thanks to the consistently excessive amounts of double ghosting around almost any object in the background – and quite a few objects in the foreground, come to that. This makes some 3D scenes genuinely unwatchable in our opinion.

There also seems more flicker and instability in the 40EX723’s pictures than usual with 2011’s active shutter 3D TVs, even though the 40in screen isn’t at all large by 3D TV standards.

Rounding up the 40EX723’s disastrous 3D showing is the way the blurring effects of crosstalk over background objects reduce the sense of depth in the image. Plus, of course, with so much blurring going on, you haven’t a hope of appreciating the extra sharpness and detail that’s active 3D’s raison d’etre.

Let’s move swiftly on, then, to the 40EX723’s 2D performance. Which is thankfully a whole lot better.

For starters the image really snaps into focus with a good 2D HD feed. The 3D fuzziness and blurring is gone, replaced by a more than acceptable (though not spectacular) degree of sharpness and detailing. And that’s without bothering with any of the sharpness boosting processing systems, most of which harm rather than help an HD image.

Sony’s X-Reality processing also helps the 40EX723 produce one of the best standard def performances around, upscaling the image’s resolution accurately and naturally, but also doing a brilliant job of kicking source noise into touch. In fact, the 40EX723’s upscaling processing is so sophisticated that it makes even the shoddiest of sources – low-quality digital streams and yucky stuff like video-taped police interviews on the Crime and Investigation Channel – look pretty much as watchable as even the best quality standard def sources. Excellent.

Another string to the 40EX723’s bow that becomes obvious without 3D glasses on is its black level response. We’ve seen a real improvement in how edge-lit LED TVs handle contrast in recent weeks, and the 40EX723 continues the positive trend, managing to deliver really quite inky black colours. So long, at least, as you don’t set the backlight value too high, as this can cause some greyness over parts of the picture that should look black. 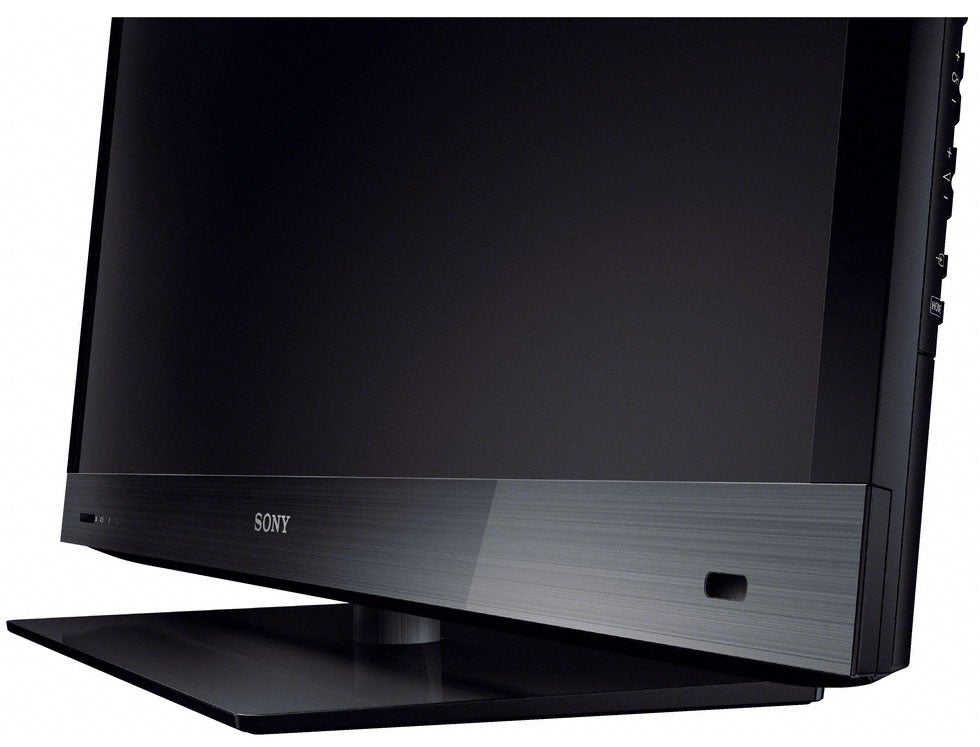 There’s a tiny bit of backlight inconsistency right in the screen’s corners during dark scenes, which again becomes worse if you ramp up the backlight setting too high. But with keeping the backlight to 7 at its highest and probably 5 if your room isn’t too bright keeps this distracting flaw at bay.

Colours are subtly delineated and quite natural, meanwhile, and there are no problems with striping over colour blends or any colours looking too dominant.

One thing colours aren’t, though, is particularly vibrant. Even if you use the set’s Dynamic preset (which we wouldn’t recommend unless your room is really bright, as it can leave some colours looking ‘forced’) there’s still a degree of intensity less than you get from edge LED sets from the likes of LG, Samsung and Sharp. In fact, the image generally is rather short of brightness post calibration, looking more like a year or two old plasma model in luminance terms.

One further niggle is that motion doesn’t look quite as pin sharp as we’d like. There are no significant judder issues, especially as the ‘Clear’ mode of the set’s TruMotion system can remove any judder you might occasionally see in the picture without generating many unwanted side effects at all. Nor is there trailing behind motion. But there is a sense of lost resolution when there’s a lot of movement or, especially, when there’s a camera pan across the screen. 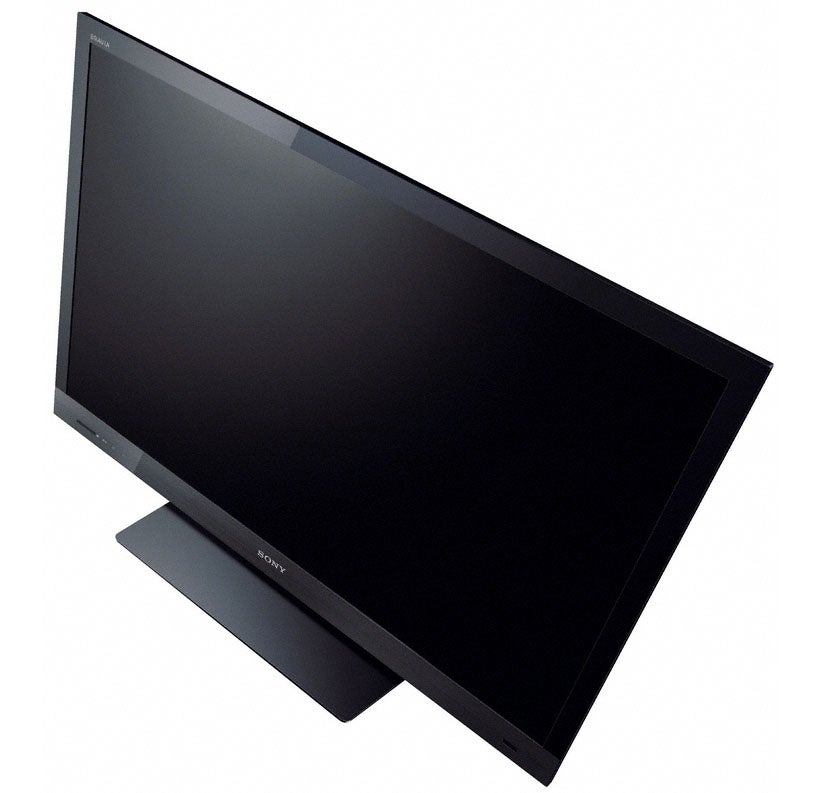 The 40EX723’s audio, finally, is average. It holds its own with undemanding source footage, but push it harder with a thumping action movie sequence, and things start to sound flat and unconvincing, with the bare minimum of bass and a lack of punch and clarity in the mid-range.

If you buy the 40EX723 as a 2D set only, it’s a solid – though not spectacular – option for its money. Especially thanks to its excellent online system. However, if you have even the slightest idea that you might one day want to watch 3D on your TV, you should steer clear of the 40EX723.

Sony is sending us its step-up 3D model, the HX723, in the next few days, so we can only pray that this gets Sony’s 3D journey back on track…