We’d hoped as we settled down to watch the 47LB730 do its picture stuff that it might be able to avoid the contrast pitfalls of the other LG TVs we’ve seen this year. And actually, in some ways it does. Though that’s certainly not to say it’s entirely immune to the problems.

If you’ve dimmed the lights for a serious film viewing session and a dark scene comes on – something that happens pretty commonly in your typical film –  then you can immediately see that parts of the picture that should look black instead look decidedly grey. Sometimes with a slight greenish tint thrown in for good measure. 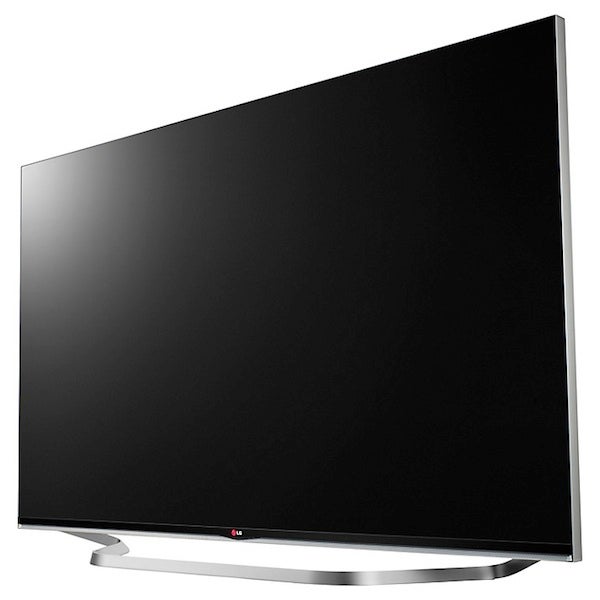 The only way to really combat this fundamental lack of contrast in the 47LB730’s images is to ramp down the backlight setting drastically from the 100% level defaulted to by most of the 47LB730’s picture presets. The problem is that we found we had to take almost 70% of backlight intensity away from images before we got a black colour that looked truly convincing. And at this point so much brightness has been removed from the image that as well as it having lost much of its previously attractive lustre you’re left with dark scenes that often look quite hollow in places on account of the amount of shadow detail that’s been crushed out of the image.

If you’re watching a film with black bars above and below – which will be the case with more than 70% of the current Blu-ray world – you’ll also find yourself feeling quite distracted by the amount of light fluctuations going on at both local and global levels in the image as the dynamic contrast and local dimming tools go through their motions.

HOWEVER! We must stress that curiously we felt much less aware of vertical ‘light stripes’ running right down the image around bright objects than we have done on some other LG TVs with local dimming this year – including the flagship 55UB950V UHD model. This is a blessing.

Other aspects of the 47LB730’s pictures are predominantly good. Colours can be coaxed into looking natural in tone without sacrificing too much vibrancy, and there’s also noticeably more colour resolution than you get with some of LG’s cheaper TVs, resulting in much more finely honed skin tones and backdrops free of the striping and blocking issues you get with less able colour performers. 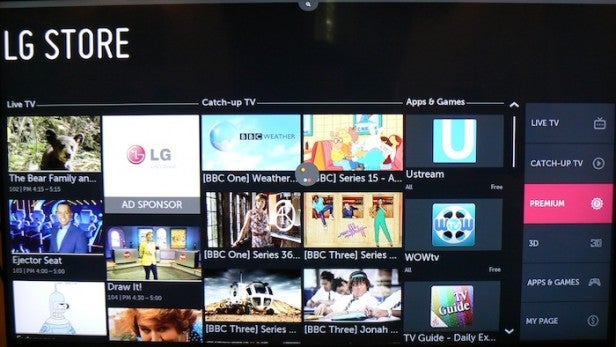 HD pictures look detailed and crisp too for the most part, and yet this crispness is achieved very naturally, without any need to resort to the sort of sharpening tools that might have resulted in dot noise or stressy edging.

It must be said that the picture does noticeably lose resolution over moving objects in the image, even if you run the motion processing tools on their relatively high Smooth setting. Though on the upside judder is pretty much non-existent, and the processing works without causing much at all in the way of glitchy side effects.

There is some advantage to viewing angles with the IPS screen too – though we’d argue that you only really feel this with light scenes, as if you try to watch dark scenes from any greater angle than around 30 degrees you become alarmingly aware of the light stripe-inducing machinations of the local dimming system.

Overall, while we continue to feel the impact of IPS panel technology’s problems with delivering deep blacks, the 47LB730V does at least ‘fight’ the limitations more subtly than many of the other IPS-based TVs we’ve seen so far this year.

Used as the main TV for the review period
Tested for more than a week
Tested using industry calibrated tools, discs and with real world use
Tested with broadcast content (HD/SD), video streams and demo discs
Previous
LG 47LB730V Review Next
3D, Sound and Conclusions Review