The 47LB730 is arguably at its best with 3D. For starters its passive – and thus flicker-free – so 3D images are so relaxing to watch you don’t even feel fatigued at the end of an exceptionally long 3D movie like The Desolation of Smaug. The lack of flicker also means it’s easier to watch the 47LB730 in 3D mode in a bright room than it is with any active 3D screen.

It’s also a huge relief to find the 47LB730 predominantly delivering on passive 3D’s crosstalk advantage, with images generally suffering hardly any of the distracting double ghosting problem. We stress that this is a relief because we have seen other LG TVs this year that have suffered with quite severe localised crosstalk.

The 47LB730’s 3D images also look really bright and colourful, and there’s no drop off in colour naturalism or saturations with your passive glasses on.

Strangely we also felt less troubled by the screen’s contrast problems in 3D mode too – perhaps because of the minor (though it really is only minor) dimming effect of the two lightweight and actually rather stylish passive glasses you get with the set. 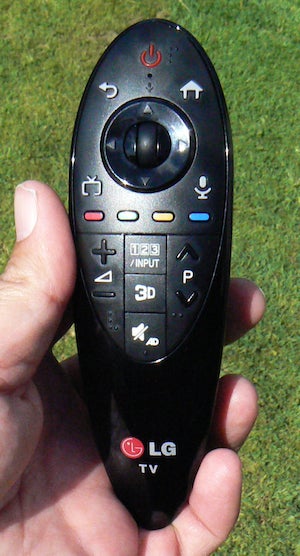 The only problems we have with the 47LB730’s 3D pictures are that you can sometimes see some slight jaggedness around contoured edges, that there’s more judder that can cause more glitches with the motion processing system if you decide to use it, and that on the rare occasions where crosstalk is noticeable – essentially with very foregrounded objects (especially subtitles) – it tends to be very noticeable.

Also, while our sample was much more uniform in its crosstalk handling than some other LG sets this year, the bottom left corner did seem slightly more susceptible to crosstalk than the rest of the image.

Still, make no mistake: this is a very fine 3D performer overall that does a great job of making 3D viewing feel like no compromise compared with 2D playback. In fact, we’d probably rather watch 3D than 2D on this LG set!

This is another area where the 47LB730 performs very nicely. The speakers are capable of going louder than most without suffering at all with distortion, phutting or compression. Even better, even when it’s handling a full-tilt action scene the TV manages to keep dialogue sounding foregrounded, clear and authentic – a considerable achievement for a set that isn’t using forward-firing speakers.

Also impressive is how well dialogue appears locked to the screen despite the fact that the soundstage spreads nicely beyond the confines of the screen’s edges.

Treble detailing is good, injecting decent levels of detail and space into the reproduction of film soundtracks without sounding harsh. The most surprising accomplishment, though, is the way the set manages to inject a really respectable amount of bass into proceedings without it overwhelming the mid-range or sounding boxed in.

We’ve heard deeper bass elsewhere, but the 47LB730 at least knows its limits and sensibly works within them.

The 47LB730 ships with two remotes – a normal one that’s OK but rather crowded and plasticky, and a vastly more fun ‘magic’ one that lets you point at the selection on the screen you’re interested in Wiimote style, while letting you cycle through menu lists using a wheel at the remote’s heart. This is almost as cool a smart innovation as the webOS-driven smart interface.

LG’s IPS panels have traditionally struggled with input lag. So we were very pleasantly surprised to find the 47LB730’s Game picture preset measuring a mere 31ms – a figure comfortably low enough not to upset your gaming skills. Please note, though, that this input lag figure more than triples with other picture presets. 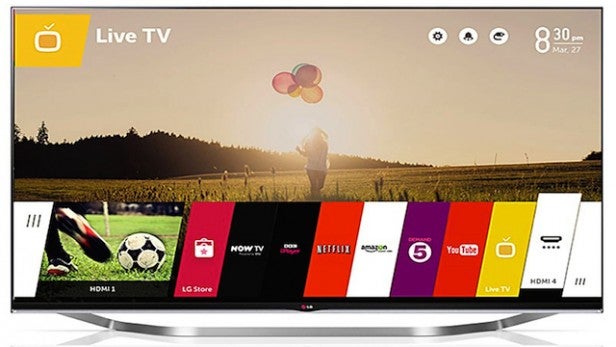 Maybe. The set hits the mark in design terms, sounds good and sets new standards with its smart interface. Its pictures look good with relatively undemanding, predominantly bright content too, and the set’s brightness and vibrancy could make it a good, even a great option for a bright environment.

It’s uninspiring in the contrast department, though, which hurts its appeal for film fans given that films tend to feature an expanded contrast range and are often watched with the lights down.

If you are a film fan, therefore, you may want to check out the Sony 50W829 instead, which gives you three more inches of picture and superior contrast for the same money.

There are times when the 47LB730’s pictures look great, and its sound is no slouch either. Plus it boasts a smart TV interface so slick and fun that it’s almost reason enough to buy the TV in itself. It’s just a pity it can’t escape the usual IPS panel problem of low native contrast.

Next, check out our pick of the Best TVs, or read more TV Reviews