There are certainly things to like about the LG 42LB700V’s pictures, and in some ways we’d even argue that they look better than those of the recently reviewed LG 55UB950V UHD TV. But they still fall prey to some extent to an all-too-familiar IPS weakness.

Let’s start with the good news. Colours are particularly pleasing. The bold, clean hues of the Smart TV menus immediately catch your eye, and this suggestion of full, bright saturations carries through into normal video viewing, delivering pictures of impressive vibrancy and dynamic range. This talent is particularly well-suited to football matches. 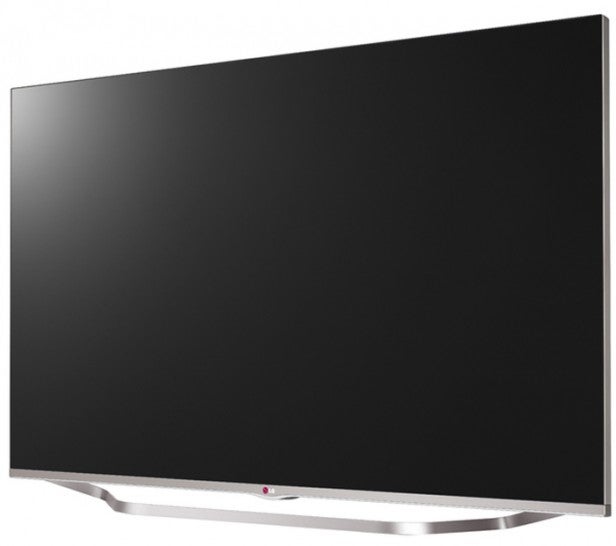 There’s more finesse in the 42LB700V’s colour handling than we used to see from LG TVs too, enabling even quite complex colourscapes to be rendered with no banding/striping in colour blends. The set’s colour flexibility is impressive too. It can cater for everything from the warm, relatively flat tones of the REC 709 video standard through to the starker, more extreme ranges many normal users prefer for their bright living room environments.

If we were being really picky there’s occasionally a slightly plasticky, mannequin-like quality to skin tones, but this impression is neither common nor severe.

LG has upped its motion processing game this year too, enabling the LG 42LB700V to render motion – even fast camera pans –  with good levels of both sharpness and fluidity if you have got the TruMotion system enabled. So long as you don’t use a stronger TruMotion setting than ‘Clear’, the clarity and judder-reduction are delivered without the processing generating many nasty processing side effects.

Despite this the 42LB700V’s HD images aren’t the absolute crispest we’ve seen. But we’re not actually too troubled by this, since they still look definitively HD without suffering the sort of grain or dot noise that tends to accompany very sharp images. Plus, to be clear, you can still get a feel for the grain that might be contained within ‘gritty’ Blu-ray transfers.

Given that it’s the reason LG perseveres with IPS panels, we must stress that the 42LB700V supports a wider viewing angle before losing significant contrast and colour than rival ‘VA’ panel types. However, we certainly don’t agree with claims that the image holds up across a 178-degree angle. It’s more like 110 degrees before contrast takes a dramatic hit and you start to become very aware of ‘blooming’ light interference around bright objects.

Which leads us into the contrast flaws we mentioned at the start of this section of the review. The fundamental issue is that the panel at the LG 42LB700V’s heart just doesn’t deliver a very good native contrast performance at all. Switch off the dynamic contrast and local dimming systems and put a dark film sequence on and the extent to which dark parts of the picture are affected by the tell-tale grey misting associated with low-contrast LCD panels is quite startling by modern TV standards. 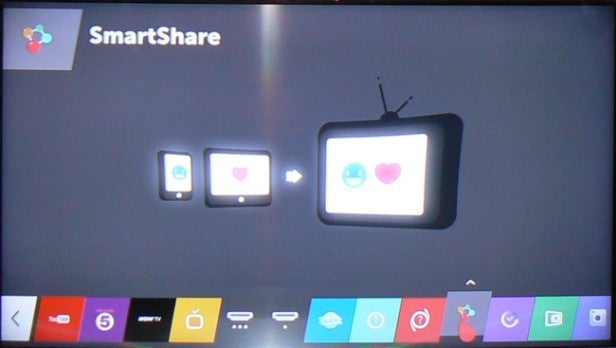 Thankfully calling in the local dimming system has an enormous and instant impact, turning those greys into something at least approaching the deep blacks we’re used to seeing from the best LCD TVs. Switch on the dynamic contrast feature too and you get to see these richer blacks joined by good levels of retained punch and dynamism with bright, colourful elements.

However, the local dimming and dynamic contrast systems are having to work so hard to counter the panel’s basic lack of contrast that you often feel too aware of their workings. With the dynamic contrast system, for instance, the overall brightness of the image tends to shift quite distractingly – even on the feature’s lowest strength setting – as the content you’re watching moves between dark and bright scenes.

Using the Dynamic Contrast system higher than its Low setting also causes images to look so stretched in bright areas that they become forced and unnatural.

As for the local dimming system, the first thing to say is that it tends to have to work so drastically – even on its Low setting – that quite a lot of shadow detail gets crushed out of the picture. Also, using that Low setting there’s still quite a lot of greyness around, meaning we preferred the Medium setting – which slightly increases the reduction in shadow detail.

Happily the local dimming system works better on this direct LED TV than it did on the edge-lit LG 55UB950V TV, since you don’t have to suffer with large vertical bars of light running all the way down the screen around bright objects. However, the dimming system isn’t local enough to stop you seeing quite noticeable halos of light around any bright objects that appear against dark backdrops.

A great revealer of this issue is the shot 5 minutes and 42 seconds into the final Harry Potter film, where the camera starts at the bottom of a dark staircase with a bright kitchen in the background before panning up into an intensely dark stairwell only illuminated by a thin sliver of light that pops in and out of the frame. Watching this difficult shot on the 42LB700V with settings established to render the best black level response results in numerous distracting local light level fluctuations beyond the parts of the image that should be changing.

Used as the main TV for the review period
Tested for more than a week
Tested using industry calibrated tools, discs and with real world use
Tested with broadcast content (HD/SD), video streams and demo discs
Previous
LG 42LB700V Review Next
3D, Sound and Conclusions Review