Lenovo has never been a big name in gaming, but it’s keen to change this with its new range of ‘Legion’ gaming laptops. The top-of-the-range model is the Legion Y720, which will go on sale from April for $1,899 in the US. UK and European pricing is still to be confirmed.

It hasn’t strayed far from the standard gaming laptop formula here, though there are one or two cool features worth noting. Best of all is built-in support for wireless Xbox One controllers, so you can connect your gamepad without any dongles. 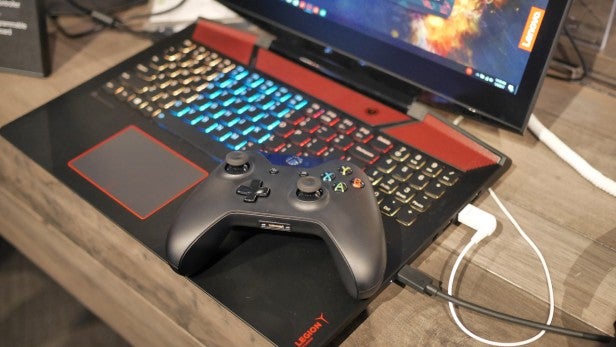 Also interesting is the addition of Dolby Atmos support, though how it works in practice is hard to understand. I was told the speakers are designed for it, but it’s hard to see this working well. Soundbars bounce sound off the ceilings, but can laptop speakers be powerful enough to do that? I’m not convinced right now, but it’s not something we can judge until we get one in for review. Ultimately, it feels like a feature better suited to headphones, and even then it’s not a hugely important addition.

The design is pleasant but pretty safe. It has all the staples of gaming laptop design, such as RGB lighting, and angular lines to give the Y720 that aggressive look typical of these types of laptops. 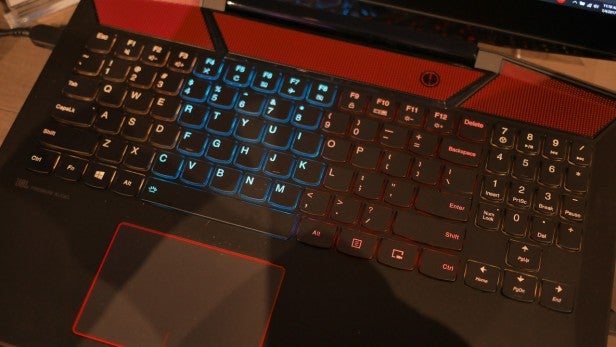 The gaps between the screen and body when open seem a little weird to me, but overall the Y720 strikes a nice balance between eye-catching design and sensible practicality. It’s on the chunky side for a laptop with just a GTX 1060 inside, mind.

Speaking of which, the Y720 has all the latest chips: Intel Kaby Lake for the CPU and an Nvidia Pascal-based GPU. The CPU is as the Core i7-7700HQ, which runs at 2.8GHz, and the GPU a 6GB GTX 1060. This probably won’t be enough to run games at the native 4K resolution of the 17-inch screen, but should be fine for 1080p gaming. It also has enough power and memory for VR gaming, albeit not at top quality settings. 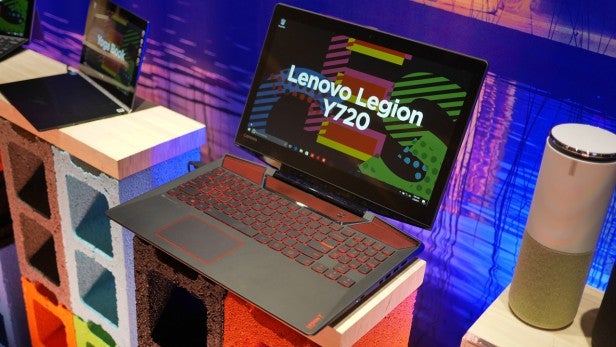 For storage, there’s space for an SSD and standard hard drive. The version I saw had a 512GB SSD and 1TB hard drive, but that’s likely to vary depending on price.

The Y720 doesn’t stand out in any particular way. It has all the right features, but lacks the wow factor of rivals. That said, if Lenovo hits the right price then none of that will matter.