One thing there’s certainly no shortage of these days is thin and light laptops. From the Sony VAIO Z and Samsung Series 9 to the 13in version of the Apple MacBook Air, there are plenty of dreamy ultraportables – if you have the money and are willing to go for 13 inches. So far, the Sony VAIO S is one of the only premium candidates we’ve seen to come in below that magical £700 barrier, and the 11in Air is one of the few choices if you want smaller. 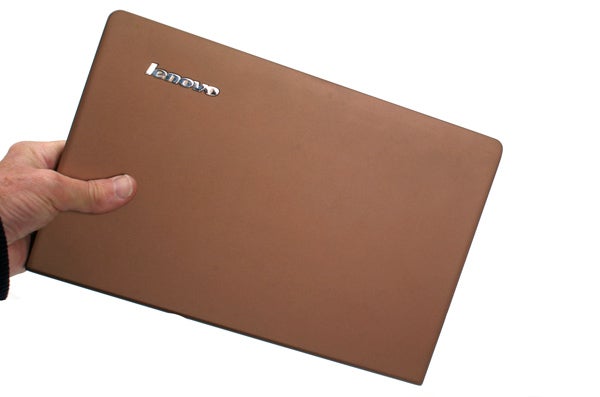 Well, for a bit more cash than the Sony S, Lenovo has a great option for those looking for something that’s both small and affordable. Its IdeaPad U260 is a super-stylish, 12.5in ultraportable that’s under an inch thick (2.5cm) and weighs a mere 1.36kg yet comes in at a very reasonable looking £780-ish. With it packing an Intel Core i3 processor, 4GB of RAM and a 128GB SSD (solid state drive) under the hood (compared to the 2GB and 64GB SSD of the £850 MacBook Air 11in), this seems like it should be set to take the ultraportable market by storm.

So what’s the catch? Well, that Intel CPU is actually one of the older generation models, rather than the newer Sandy Bridge type; connectivity is limited to USB2 rather than 3.0; and fancy extras like a backlit keyboard are absent. However, there’s still plenty of potential and things to like, starting off with its frankly stunning design.

Sporting a unique mocha-coloured soft-touch outer shell (it’s also
available in orange) and leatherette black wrist-rests, the U260 is designed to
look like a folio case and succeeds admirably. When closed, its flat top and bottom, which just overhang the edges of the body of the machine, and curved ‘spine’ excellently mimic the cover of a hardback book or folio. The result is a machine that, while not the absolute thinnest, looks particularly classy. Visually, it’s especially arresting when closed but also looks the part when
opened thanks to its minimalist interior.

But the soft-touch outside doesn’t just look great, it feels wonderful too. We know we’re gushing here, but this kind of finish is reasonably durable, doesn’t suffer from fingerprints, and makes holding and carrying the U260 a real pleasure. It’s so much more comfortable than glossy plastic or metal rivals.

And the good news continues when you open this ultraportable up. Inside there’s a faux-leather finish on the palm-rests and around the keyboard. Again, it’s durable and feels good, helping to make typing a pleasant experience.

Build quality, meanwhile, almost lives up to the legendary ThinkPads, such as the X220 Tablet. Plastics are incredibly solid, even on the wafer-thin lid. Only a little flex in the keyboard betrays that this is a consumer laptop that’s not held up to the same rugged standards.

Connectivity on the IdeaPad U260 is somewhat disappointing. Don’t get us wrong, it just about covers the basics and easily outdoes the previous generation Macbook Air, but most other ultraportables offer a few more options. Along the left you’ll find a single USB 2 port, combi headphone/microphone jack, and – in a nice touch – a physical wireless switch. There’s also a blanking plate, the use for which we haven’t yet been able to ascertain, but we can but hope it offers further connectivity on other variations on this model, if they ever arrive.

The front and back are clean, while to the left we have the second USB 2 port, HDMI 1.3, Gigabit Ethernet and good old VGA. Even with Wi-Fi N and Bluetooth thrown into the mix to cover the wireless side of things, that’s less connectivity than that offered by some netbooks, such as the Toshiba NB550D. Our main complaint here is the lack of a memory card reader, something pretty much every other laptop on the planet offers, with the exception of the 11.6in Air. We simply cannot understand why Lenovo left it out here. You also miss out on USB 3.0 (and, looking to the future, ThunderBolt) but these are more understandable ommisions.

Any resentment we might have felt about the connections dissipates when we get to actually using this little laptop. Though the keyboard is quite shallow, layout is perfect, and the keys’ quirky shape helps them to cradle your fingers nicely. Though feedback is somewhat limited keys still offer a positive click, and if typing is not as superlative an experience as on a ThinkPad, it still more than holds its own against other ultraportables. Our only regret here is the lack of backlighting. 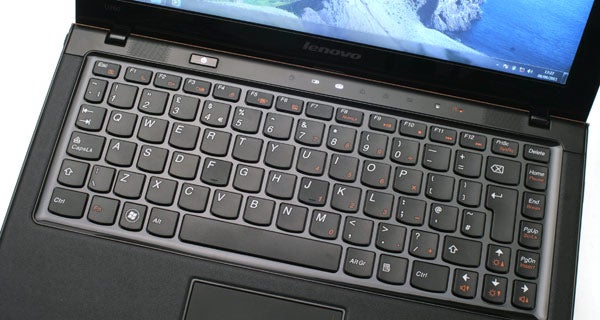 The U260’s touchpad doesn’t offer the multitude of multi-touch gestures and single button surfaces that some more premium models have, but as a simple traditional example it is great. It’s large enough for comfortable use without getting in the way when typing. Its surface is nice and smooth, while its metallic buttons offer a lot of travel and perfect response.

We don’t see too many examples of 12(.5)in screens around anymore these days, but on the evidence of this model, there’s no reason why not. It sports the usual 1,366 x 768 resolution and, best of all, has a semi-matt finish that minimises annoying reflections – though its surround is attractively/annoyingly glossy. It offers even backlighting without significant bleed from the edges while there are no other unwanted artefacts, and sharpness is great. It also has fairly decent contrast, though it couldn’t differentiate between the two subtlest shades in our greyscale test. 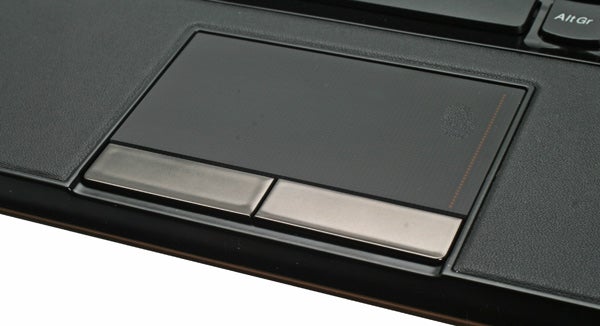 In typical Lenovo fashion the lid tilts back far further than most other laptop brands’ screens. However, this does reveal the screen’s biggest weakness: its viewing angles. Horizontally they’re decent if far from flawless, but vertically they’re simply below-par, with so much contrast shift that you have to angle the display’s hinge just right to avoid noticing it. Still, overall we can live with this shortcoming, especially as it’s one shared by many laptops using TN panels – the Samsung Series 9 excepted. 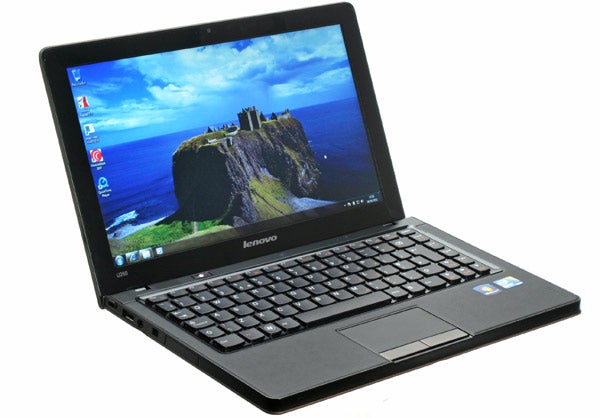 As for the speakers, the less said the better. They’re about what you would expect from a slim laptop like this: underpowered, tinny and muffled. Just about usable for YouTube or an episode of Corry (shudder), but for anything more serious, headphones or external speakers are a must. At least they’re mounted on the top edge so aren’t muffled by your lap, like on some.

As mentioned, the Core i3 CPU beating at the heart of this Lenovo IdeaPad U260 is actually a previous generation chip. This means it isn’t as fast or efficient as the newer ‘Sandy Bridge’ CPUs, but it should still pack sufficient punch for daily tasks. Specifically, the model used here is the i3-380UM, a low-voltage dual-core variant that runs at 1.33GHz and can’t ‘turbo clock’ higher.

The upshot is that you will notice how slow this processor is if you tend to tax your machine with ‘heavy’ workloads, but the SSD does compensate and for normal daily use (including smooth HD video playback) it’s mostly sufficient. Of course, you can always opt for a U260 model with a Core i7-680UM for a bit more muscle under the hood.

It’s backed by 4GB of RAM, and a generous (for the money) 128GB solid state drive. So far then, so reasonable. But while the CPU will be adequate for most, Intel’s previous-generation integrated graphics remind us of why we used to dislike them so. Even the oldest, most undemanding games will struggle to run, with a very discouraging 17.5 frames per second (fps) in our TrackMania Nations Forever test (this is run at a lowly Medium detail and at a sub-native 720p (1,280 x 720) resolution). Ouch!

With a low-voltage CPU, integrated graphics and an SSD, we were cautiously optimistic about the U260’s battery life. However, it’s not a particular strong point, managing only four hours and 45 minutes in our non-intensive battery test with wireless radios disabled and screen brightness set to 40 percent. Still, considering how thin and light this ultraportable is, that’s not too bad – as a comparison, the new 11in Air with its more efficient CPU actually got 20 minutes less. 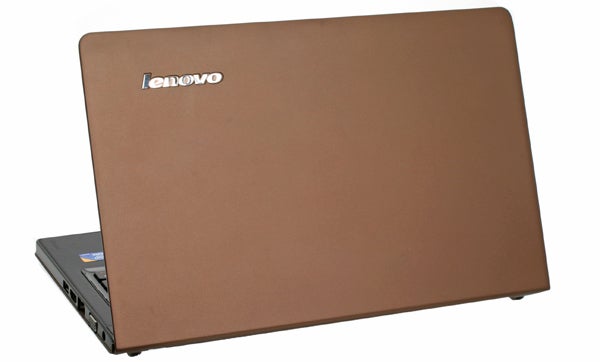 Value is another strong point for this Lenovo. Especially considering its premium design and large SSD, around £780 doesn’t seem like too much to pay. However, like the Air it’s certainly not for everyone; even Lenovo itself offers a great alternative in the X220 non-tablet 12.5in, which gives you a rugged business exterior, Sandy Bridge CPU and graphics, longer battery life and boatloads of connectivity, for around the same outlay. However, it’s not as thin and you don’t get an SSD. And those, along with its design, are what you’re paying for with the U260. If these factors aren’t particularly important, there are plenty of alternatives from as little as £500.

With its unique ‘folio’ design and soft-touch finish, Lenovo’s thin and light IdeaPad U260 is one of the most attractive 12.5in laptops going. However, despite nice ergonomics and a good matt screen, its last-generation CPU and GPU hold it back, connectivity is a bit disappointing, and battery life is nothing special. However, considering you get a 128GB SSD for its sub-£800 asking price, if you won’t be subjecting it to heavy workloads it’s still a decent buy.