What is the Leica SOFORT?

The Leica SOFORT is the first instant camera from the long-respected brand. You can buy Leica film for it, but it’s also compatible with the relatively easy to find Instax mini format film.

Operating pretty much as a point and shoot, there are a variety of options which you can control with the camera.

This is not a particularly cheap camera for what you get but for a Leica it’s extremely good value. Most Leica cameras will set you back a small fortune so, by comparison, parting with around £220 feels like a bargain.

This camera is almost perfectly square, and has a utilitarian feel –  a classic choice from the German manufacturer.

Unsurprisingly, for a pretty much point-and-shoot instant camera, there aren’t too many dials or buttons to get your head around. 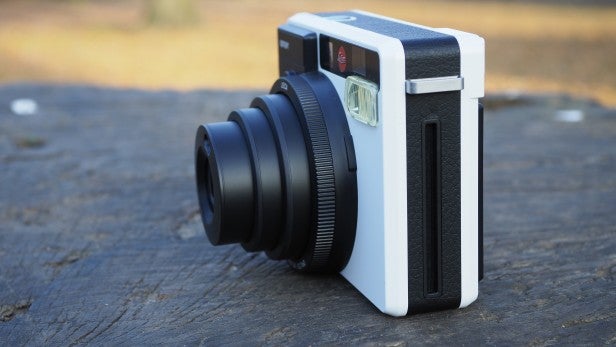 On front of the camera is the lens, which collapses into itself when the camera is switched off and not in use. As soon as you press the power button on the back of the camera, the lens will extend by itself. Around the lens is a focusing ring for switching between close-up focusing and long-range focusing.

On the back of the camera you’ll find an additional four buttons. There’s one button for moving between the different modes on offer – standard, selfie, party, sports, macro, double exposure and bulb mode. There’s another button for switching on the flash, another for activating the self-timer, and a final one for adding some exposure compensation. 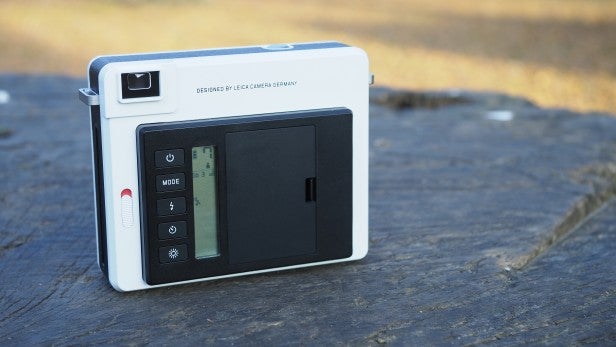 Just next to these buttons is a small screen which shows you which settings you’re using, along with a battery life indicator and film remaining count. Instax packs have 10 shots in them.

To insert the film you need to open the film door using the switch marked on the back of the door.  The film slots into place very quickly and easily – just line up the yellow markings for best placement. Close the film door and the black cover of the film will slide out of the film slot on the side of the camera. From there, you’ll be ready to take a photo. 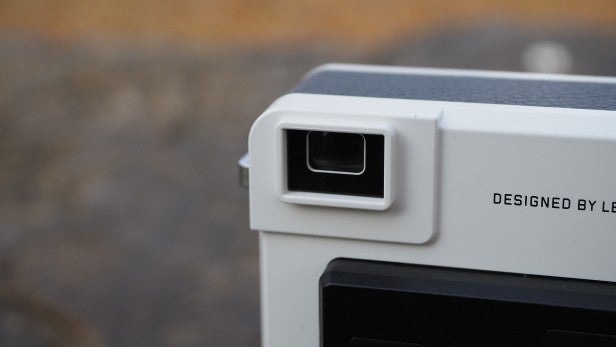 There’s a small optical viewfinder in the top left hand corner of the camera. This is designed to give you a bit of assistance when composing the shot, but is not something that compares with viewfinders you’ll find on more complicated cameras (whether optical or electronic). Also on the front of the camera is a small mirror – placed to help you with composition of selfies. 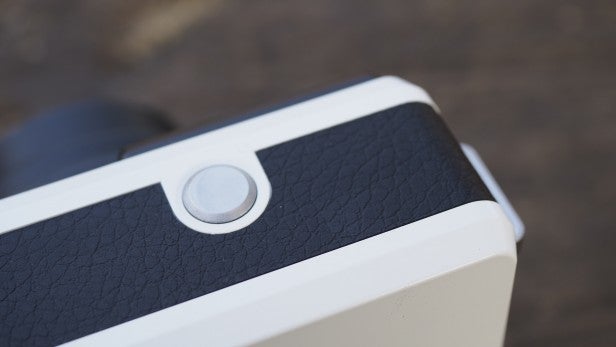 When you’re ready to take the photo, you press the shutter release button on the top of the camera. As soon as you’ve pressed it you should hear the mechanics of the camera starting to work, and a print will pop out. When it first comes out, it will be entirely white – but it just needs some time to develop. It takes a couple of minutes for you to get a rough idea of how the finished image will look, with a further couple of minutes for it to set completely. 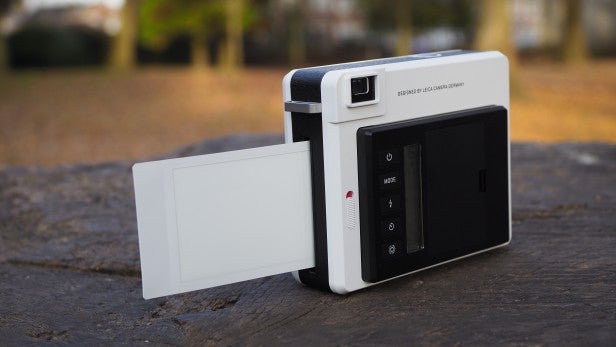 A final note about the battery – which is housed on the back of the camera underneath a removable camera back. The battery is rechargeable, with Leica claiming that it is good for 100 shots – considering one film pack only has 10 shots, you’d have to be quite snap happy to deplete this in a single outing.