Available on PS4, Xbox One, Wii U and Nintendo Switch

If TT Games’ first Lego title for Wii U should only be lauded for one thing, it’s taking risks. Not only is this a Wii U exclusive – hardly a no-lose recipe for raking in the cash – but it’s the first Lego game outside the hand-held Battle series that doesn’t rely on a big-name movie franchise to prop it up. Based purely on the Lego City playsets, with no Batman, no Star Wars, no Harry Potter, no Lord of the Rings to back it up, how could Lego City: Undercover work? 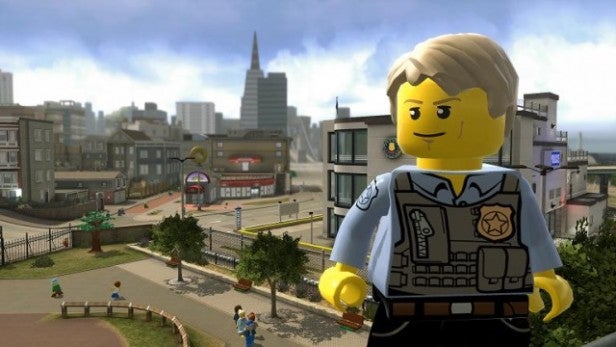 Well, it might not be an adaptation of any one movie or movie series, but that doesn’t mean Lego City: Undercover has left the cinema behind. Instead, it gleefully grabs inspiration from almost every dumb cop action movie you’ve ever seen, not to mention gangster movies, kung-fu movies, prison movies and detective flicks. And when it’s not riffing on Hollywood classics and summer blockbusters, it’s smirking at games, with a structure based knowingly on Grand Theft Auto and gameplay that borrows from platform games, Metroid-style arcade adventures and the whole open-world crime genre. The more you know and love all these things, the more you’ll love Lego City: Undercover.

You might not recognise the game’s main hero, Chase McCain, but you’ll certainly recognise his type. He’s your classic loose cannon cop on a mission; a TV-censored John McClane with a wardrobe of disguises and a plastic wig. MCain is back in Lego City after a long absence, on the trail of an old arch-enemy and out to recapture the heart of an old flame. Along the way, he’s going to take out Lego City’s trash, even if it means wrecking the whole city, one Lego brick at a time. 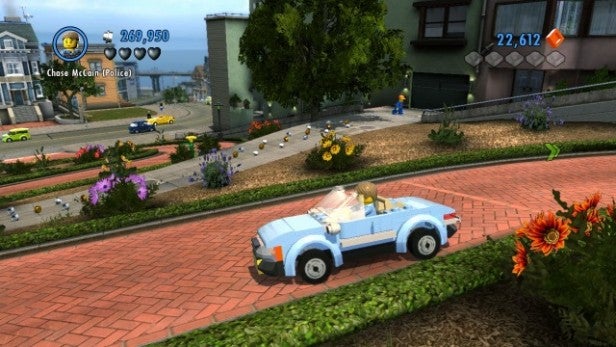 The gameplay is risky too. Lego City borrows tropes from the mainstream Lego series. There are studs to collect, objects to be battered and optional tasks to be completed that unlock gold bricks, while a series of disguises take the place of the traditional characters to swap between.

What you might call the levels of the game – its missions – feature a certain amount of GTA-style driving, but mostly focus on the kind of platforming, puzzle-solving and combat you expect from a Lego game. Meanwhile, the emphasis on collecting anything and everything you can get your hands on remains as strong as ever. We’re not sure how many different costumes, kits and extras there are in Lego City, but we’re talking hundreds rather than dozens. 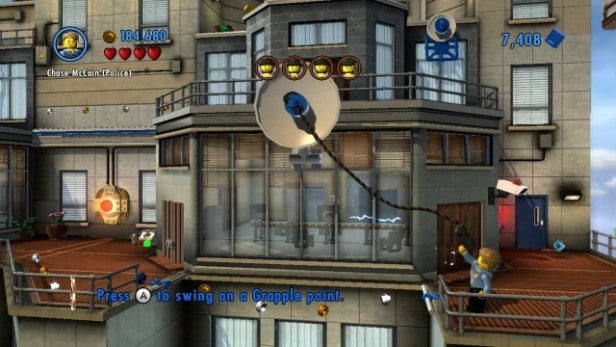 Yet it’s all now bound up by a large open-world setting, and one which makes Lego Batman 2’s Gotham look like a toe in the water. Lego City is big, with its own neighbourhoods and areas of forest, hills and mountain, and it’s packed with side-quests, hidden areas and stunt opportunities. Cars can be stopped with a whistle and cheerfully hijacked, and extended play reveals a network of drop-off points, train stations, ferries and helipads, albeit ones you might need to build first. More than any previous Lego game, Lego City: Undercover just begs you to explore.

There’s an awful lot of fun to be had here. The puzzles aren’t as complex as some of those in the Lego Harry Potter or Batman games, but they’re still satisfying, and each disguise you unlock or new gadget you’re given offers some new capability that keeps things fresh, whether it’s the Robber’s crowbar and safe-cracking, the farmer with his gliding chicken or the grapple guns and paint guns you’ll get to wield as the game moves on. 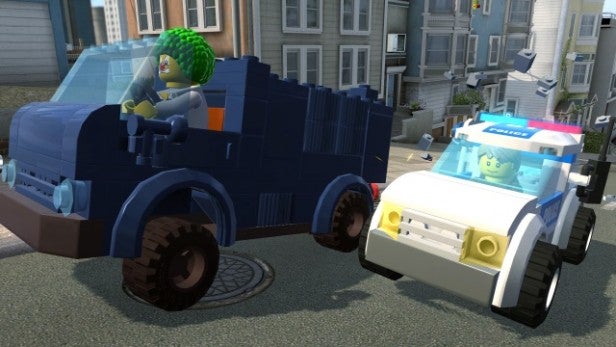 The driving isn’t brilliant, thanks to some iffy handling, but crumb trails and a map on the Wii U Pad help make the city easy to navigate, and the car chase missions are chaotically entertaining. We’ll say this for Lego City: you certainly won’t be bored.