A lower-cost hair dryer, the Lee Stafford Coco Loco Blow & Go Nuts doesn't have the build quality or finesse of its higher-priced rivals, but it's powerful and quick for rough drying and the coconut oil-infused filter can help reduce frizz.

What is the Lee Stafford Coco Loco Blow & Go Nuts?

One of the more affordable hairdryers I’ve tested, the Coco Loco Blow & Go Nuts (yes, that really is its name) hairdryer gets its name from its coconut oil-infused filter. Lee Stafford claims this should help to smooth your hair cuticles while drying to reduce frizz.

It’s also one of the most powerful hairdryers we’ve reviewed, on paper at least, promising an impressive 2400w. That’s more powerful than the likes of the GHD Air and the Cloud Nine Airshot, both of which cost three times as much as the Coco Loco Blow & Go Nuts. First things first – the Coco Loco Blow & Go Nuts is a pink hairdryer and is only available in this colour, which is either going to be a selling point or an absolute no-no for you from the get-go.

As far as coloured hairdryers go though, it looks pretty nice. It’s a very soft pink with rose gold highlights, meaning its overall look is pretty subtle rather than in-your-face. It’s likely to be a hit with younger users, but equally with anyone looking for a bit more flourish from their hairdryer.

It is very plasticky though, and feels its price. The upside to that is that the hairdryer is very light. Lee Stafford lists it as 535g, but I measured the main unit at 425g, so it’s easy to hold for long periods of time, and is well-balanced in the hand too. It just doesn’t feel as sturdy as you’d find a pricier hair dryer.

Controls are well-marked and easy to understand, made up of two see-saw switches (3 x heat, 2 x speed) and a cool shot button. 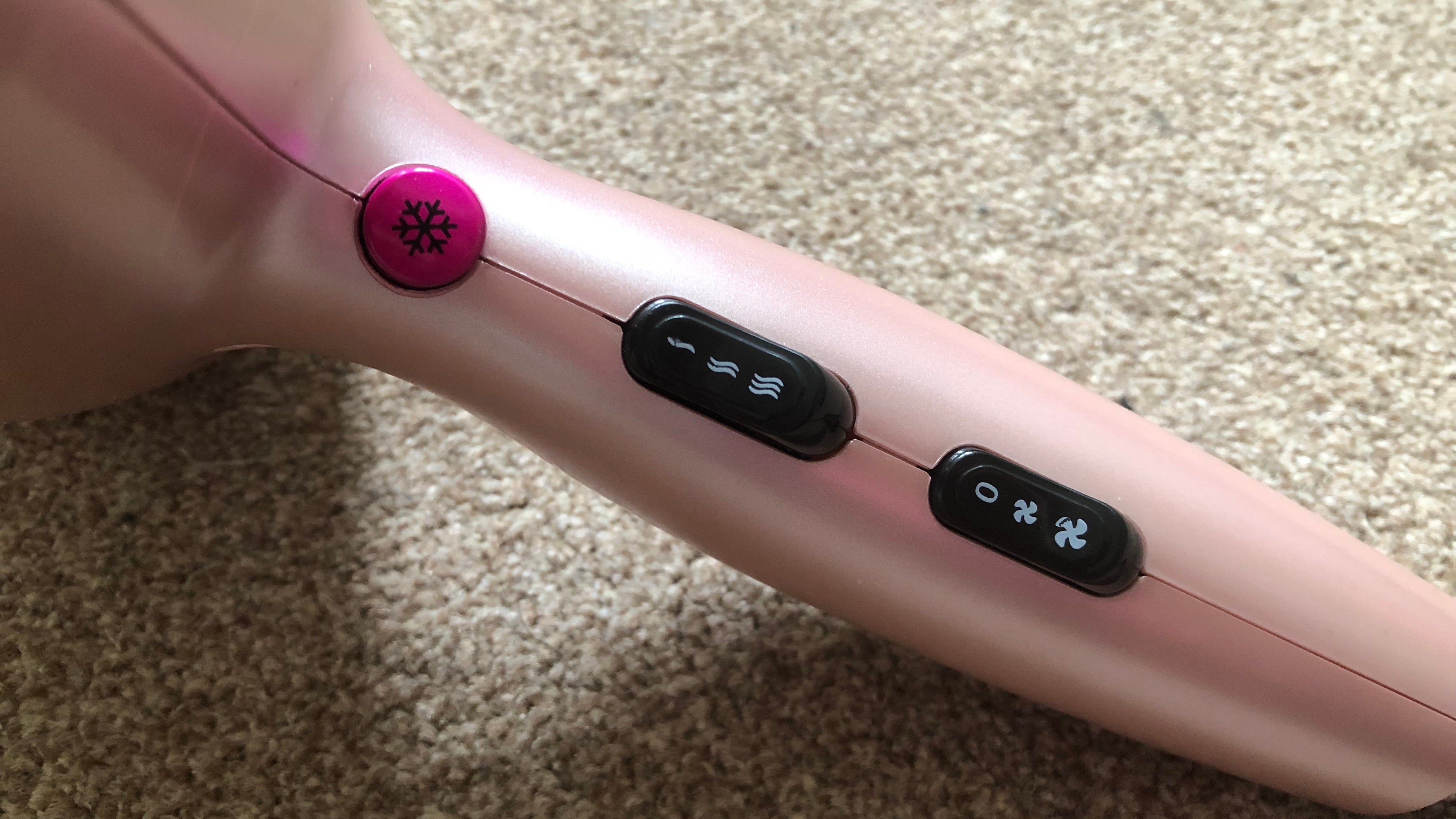 Their placement on the inside of the handle isn’t the most intuitive though, and they are on the stiff side too, meaning they aren’t the easiest to change on the fly.

Depending on your plug placement you might struggle a little with the cable length here too. At 1.8m it’s shorter than ideal, so worth bearing in mind if your power point and dressing table are a little far apart.

As for accessories, you get a styling nozzle included in the box, but this hairdryer is otherwise very much plug-and-play. There’s no ability to buy extra accessories separately, such as a diffuser.

Considering its 2400w boast, the Coco Loco Bl… this hairdryer is actually only capable of a fairly average airspeed, compared with other lower-wattage hairdryers.

The highest we recorded was at the fastest, hottest temperature, which measured 17.8m/s, with its medium and cool temperatures coming in just marginally lower at 17m/s and 16.3m/s respectively. 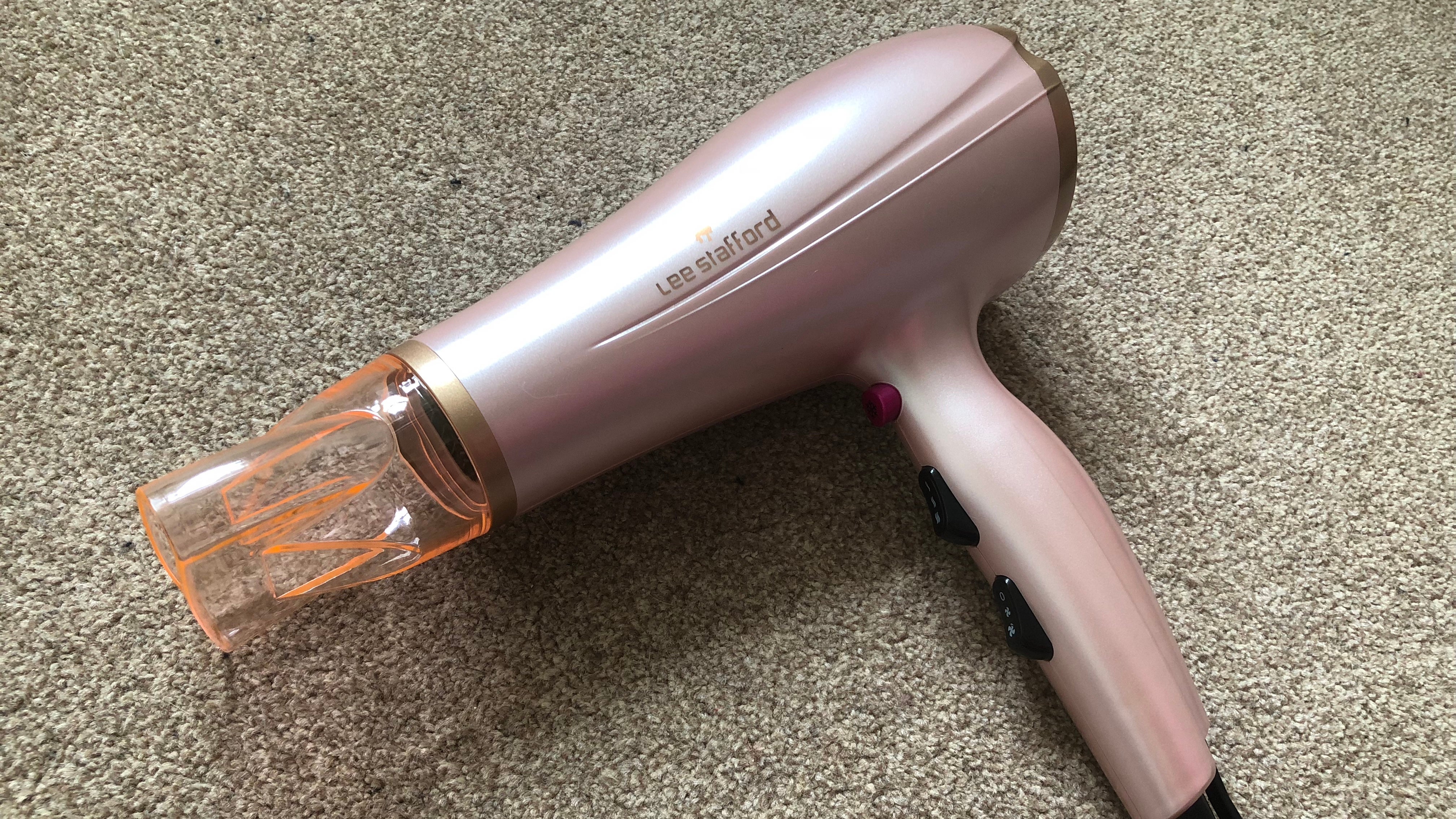 That said, at its hottest, it was able to dry our test cloth in 1 minute 50 seconds when held at 15cm away. That’s not too bad when compared to its peers, but in real-world testing, thicker hair types are likely to find the lack of power frustrating – we found the hottest setting too hot at times and often preferred the middle temperature instead.

Noise is also a bit of an issue. While at 103dB, it measures the same on its highest setting as the GHD Air, it actually sounds louder to the human ear due to it having a high-pitched motor, as opposed to the GHD’s lower tones. That makes it a little more annoying to use for longer periods, if you find hairdryer noise an issue.

As mentioned before, the lightweight design of the Coco Loco makes it easy to use for longer drying and styling, though we didn’t find the included nozzle hugely helpful. It will direct air a little more accurately than using without, but it’s a little on the wide side for a truly focused airflow.

The cool shot is only vaguely useful too – it doesn’t go as cool as we’d like it to for setting hairstyles, and takes a little time for the cooler temperature to really kick in compared with other hairdryers too.

The coconut oil-infused filter does seem to do its job though – there’s no smell to it, but after drying, hair was smooth and frizz-free. Should I buy the Coco Loco Blow & Go Nuts?

Overall, the Coco Loco performs well for rough, quick drying rather than anything more focussed, and is likely to suit finer hair types over thick.

There are much more capable, better-quality hairdryers out there, but it’s a decent performance for its price, as long as you don’t need ultimate precision or gutsy power.

If your budget is on the low side and you don’t mind the colourful design, the Coco Loco Blow & Go Nuts will get the job done, but lacks the precision for more involved hairstyles.