The Land Rover Explore runs Android 7.1.1, now fairly dated, and has an interface very close to the default Android look. Key parts you miss from Android 8.0 include the newer notifications system, which uses better collapsible categories to make better use of screen space, and notification dots.

This is otherwise a pretty solid execution of Android, with little system lag and good general responsiveness. However, it isn’t quite as nippy as a ‘standard’ phone at the price. Its performance is that of a mid-range mobile, not a high-end one. 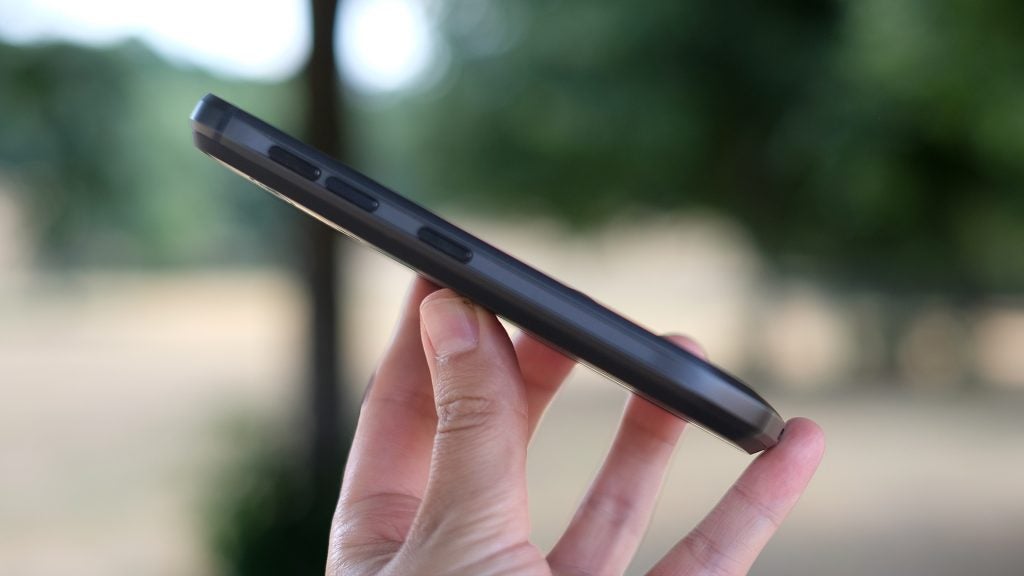 I also encountered more crashes than usual, often relating to the core Google software. However, these usually amounted to a pop-up informing me about the crash, with no show-stopping events that make a phone appear that it has hit an unexpected wall.

Still, a few parts were a little flaky. Bluetooth reception seems worse than with other phones, and on a few occasions caused a strange buzzing noise at the termination of an audio feed. Again, they’re blips rather than full on blunders. Nevertheless, they suggest that parts of the Land Rover Explore could be a little more polished.

The handset also has some of the most clearly directed custom – or at least, preinstalled – software of any current model. First, there’s the ViewRanger app mentioned earlier. I’ve used this on and off for years. It’s the top mapping app for ramblers. 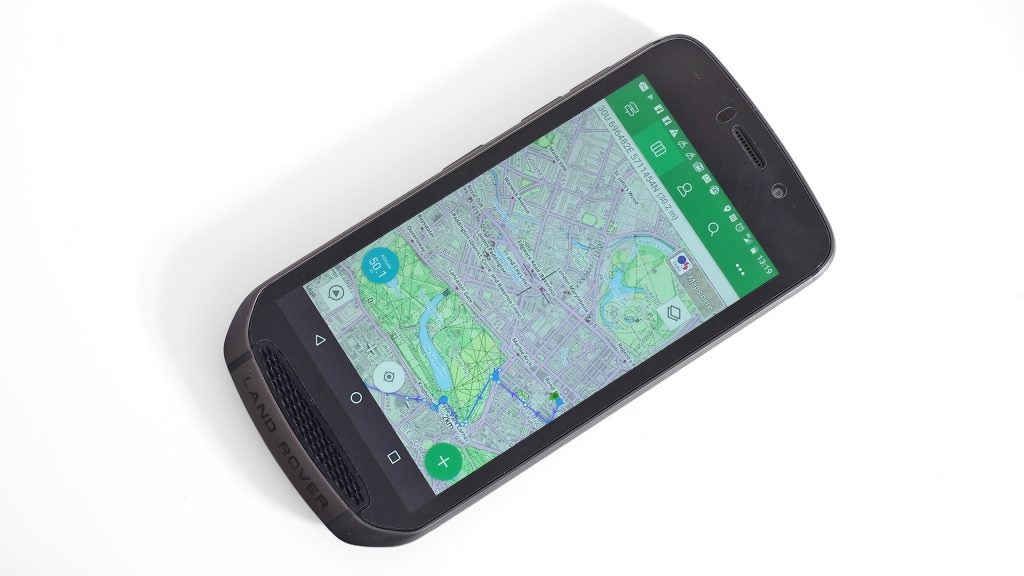 Dashboard is the Land Rover Explore’s most useful own-brand addition. This lets you create stat screens based on the phone’s sensor readings alongside information cribbed from the internet.

For example, the canoeing preset has information such as tide times, sunset times and water temperatures in your current location. The hiking one has a compass, weather report, altitude and your lat/longitude location.

It isn’t a super-advanced, glossy app – but it’s genuinely useful. 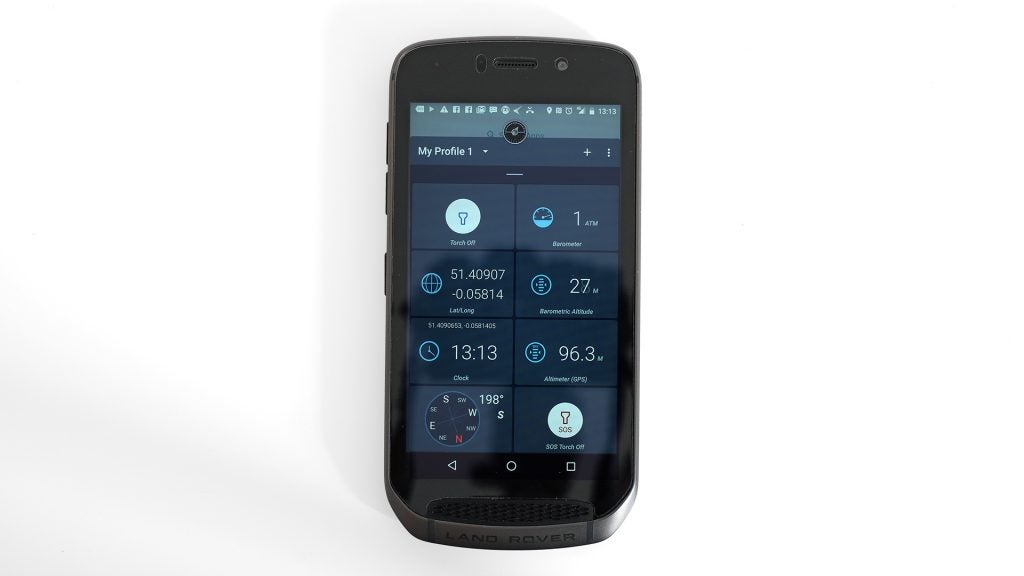 Explore Hub is the other extra. It’s a mini app store, containing apps that will be useful for travellers, hikers, winter sports enthusiasts and so on. At its heart this is just a selection of curated shortcuts to Google Play. 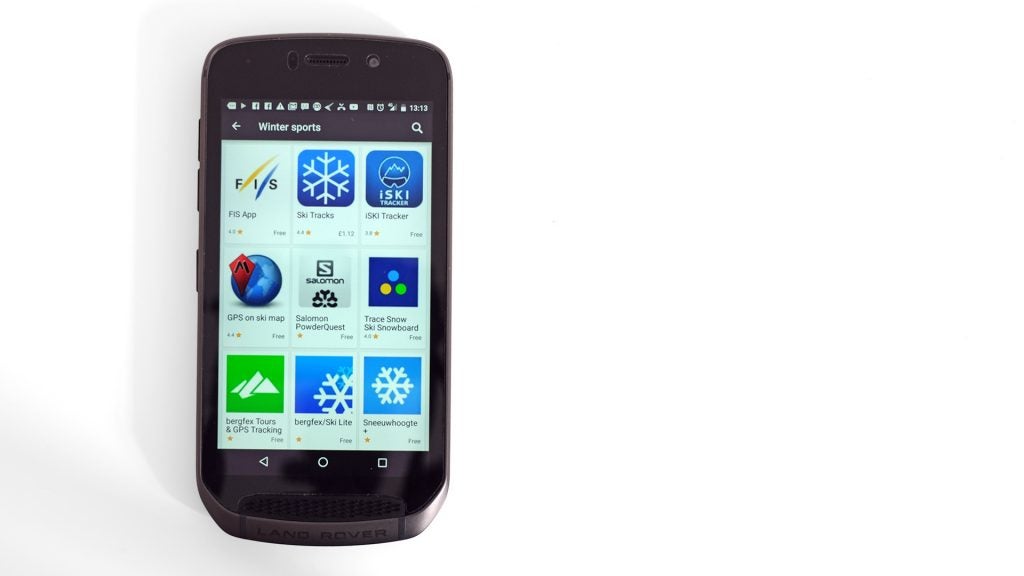 The Land Rover Explore has a MediaTek Helio X27 CPU at its heart, which is a 10-core processor released in 2016. It has a lot of cores, but most of them are of the Cortex-A53 type seen in lower-end phones. Only two are genuine Cortex-A72 performance cores, which have since been superseded by faster, more efficient designs.

In other words, if you were to assume that the Explore is the most powerful phone around because it has more cores, you’d be wrong. However, it is fairly powerful, with a Geekbench 4 score of 4883. This is roughly similar to the score of a Samsung Galaxy S7, a flagship from two years ago.

Nevertheless, the Explore appears to have enough power to get by. Higher-end games such as Asphalt 8 run well at max graphics settings. However, PUBG defaults to ‘Low’ graphics, suggesting it doesn’t rate the Mali T880 MP4 graphics chip highly.

The phone also becomes far hotter than most new models. This is usually a result of connectivity issues rather than gaming, and there have been quite a few instances where heat build-up has been a mystery.

A couple of times, connectivity issues have caused the phone to grind to a complete halt – a problem that was only resolved on getting out of the range of the offending Wi-Fi hotspot. The Explore isn’t glitch-free.

A phone for travellers and hikers should really have a good camera. The Land Rover Explore’s is okay at best, and far worse than any normal phone close in price.

A 16-megapixel camera with flash sits on the back, alongside a two-tone flash. This sounds high-end, or at least high-res, but the results aren’t all that impressive. 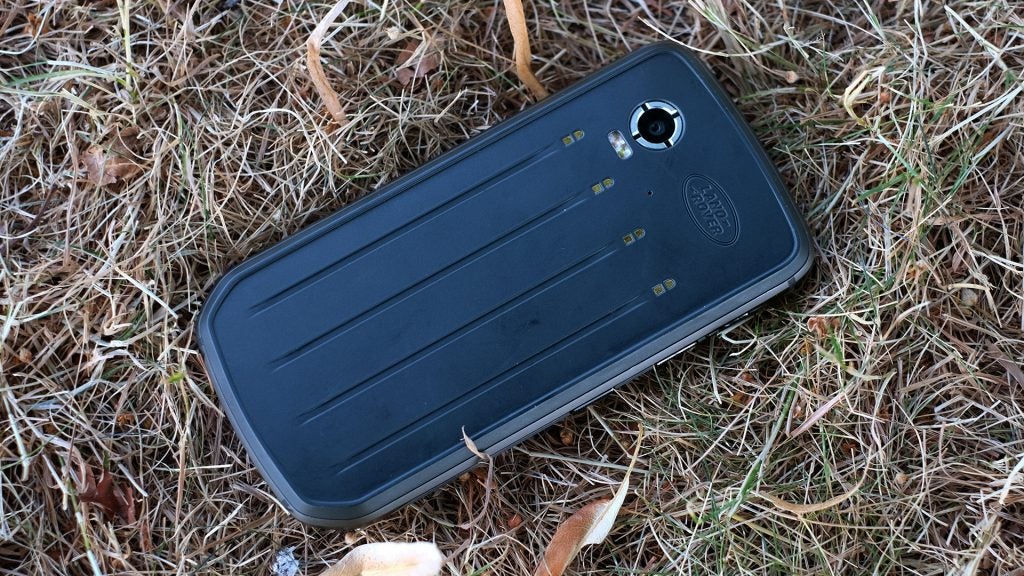 For starters, processing is remedial. There’s no Auto HDR mode, which leaves shots with high levels of light contrast with overexposed areas.

Image quality also begins to decline more-or-less in line with the light level, where better phone cameras — even those without fantastic low-light performance — tend to hold up better with indoors lighting.

The Land Rover Explore’s camera just isn’t quite smart enough to compete with the best mid-range models from the big names. That’s a shame when photography is an obvious job for a phone intended to spend a good amount of time around pretty scenery.

However, in good lighting it’s still possible to achieve solid shots. I compared the Land Rover Explore to an Honor phone with a lower-end 13-megapixel sensor and the difference was clear. The Land Rover has better clarity, detail, dynamic range and a cleaner look.

However, its photographic competition is handsets in the £150-200 range, not anything near its actual price. 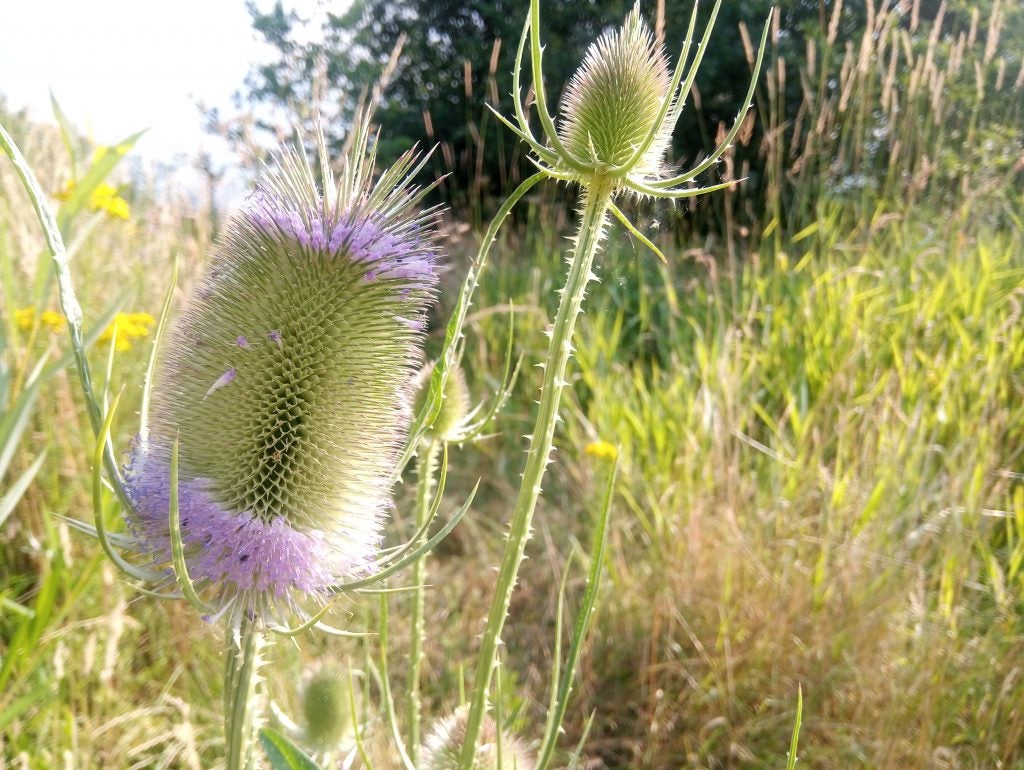 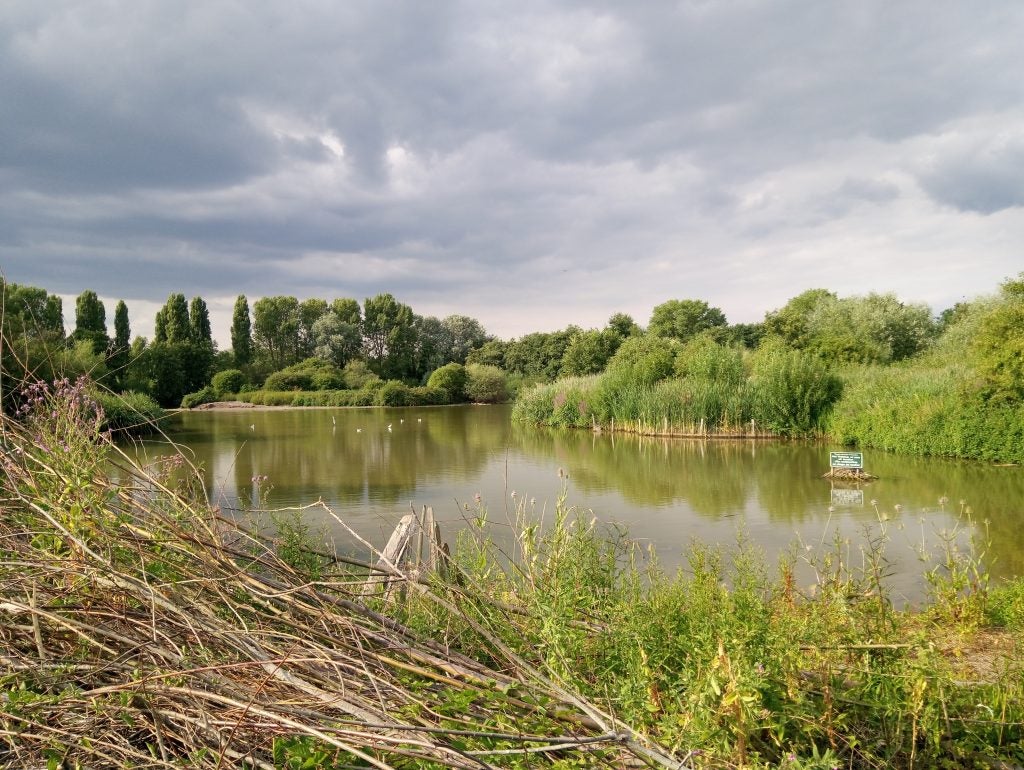 Here’s an example of the kind of landscape shots you can get: rather nice, with a warm tone 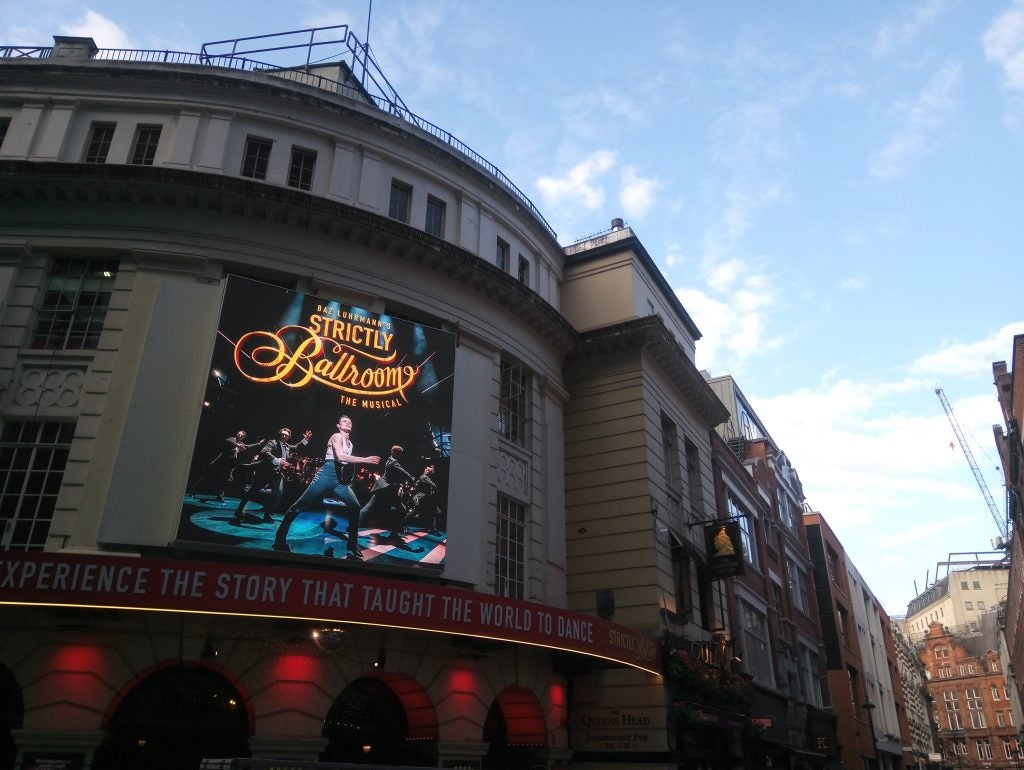 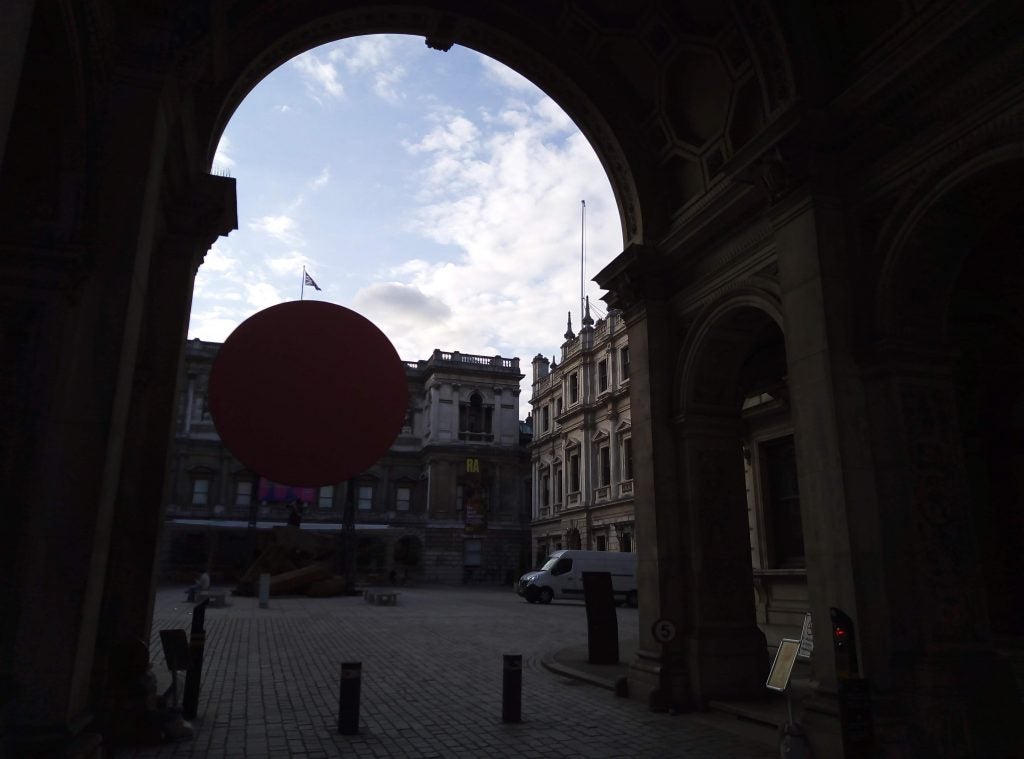 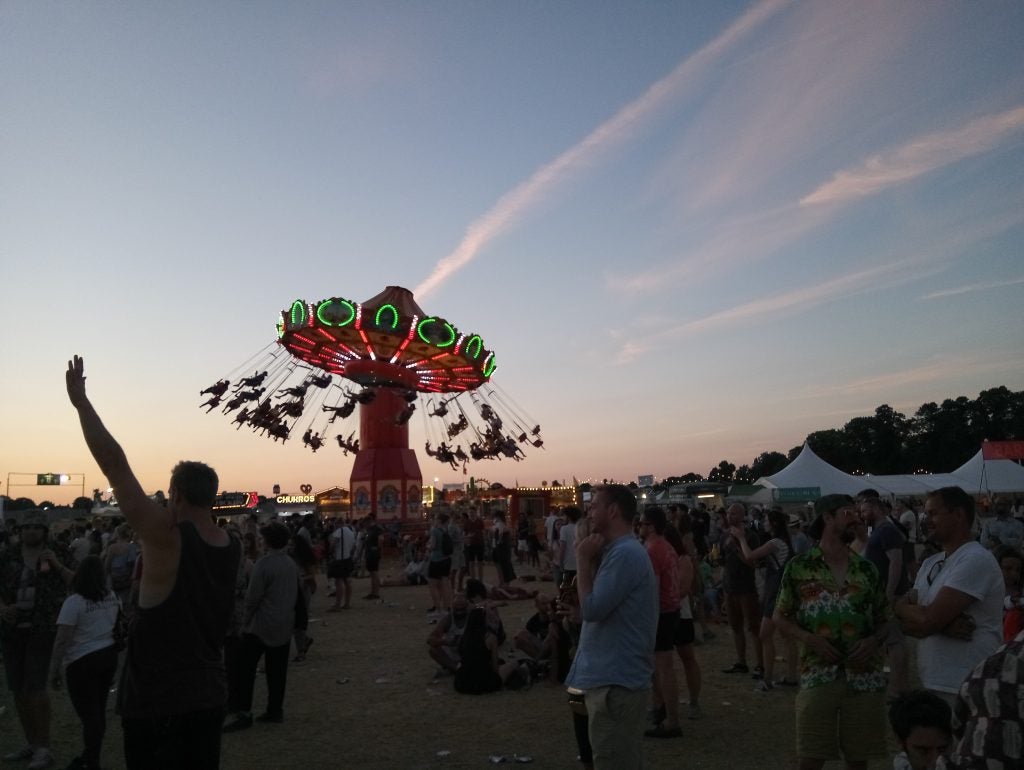 The Land Rover Explore can shoot video at up to 4K resolution, though, which is handy.

Its front camera has a solid 8-megapixel sensor. This is a middle-ranking selfie camera, but it does brighten indoor images fairly well.

It’s easy to see the reason that Bullitt Group’s phone cameras aren’t quite as good as those of a mainstream phone brand dedicating more R&D spend into camera software. However, you’d expect a chunky outdoors phone such as the Land Rover Explore to last for ages between charges, right?

It has a 4000mAh battery, 30% larger than that might be considered the current standard for phones with smaller and mid-size screens.

However, its stamina isn’t anything special. On a moderate day it might be left with 20% charge by bed time. On several occasions, it failed to last a full day. 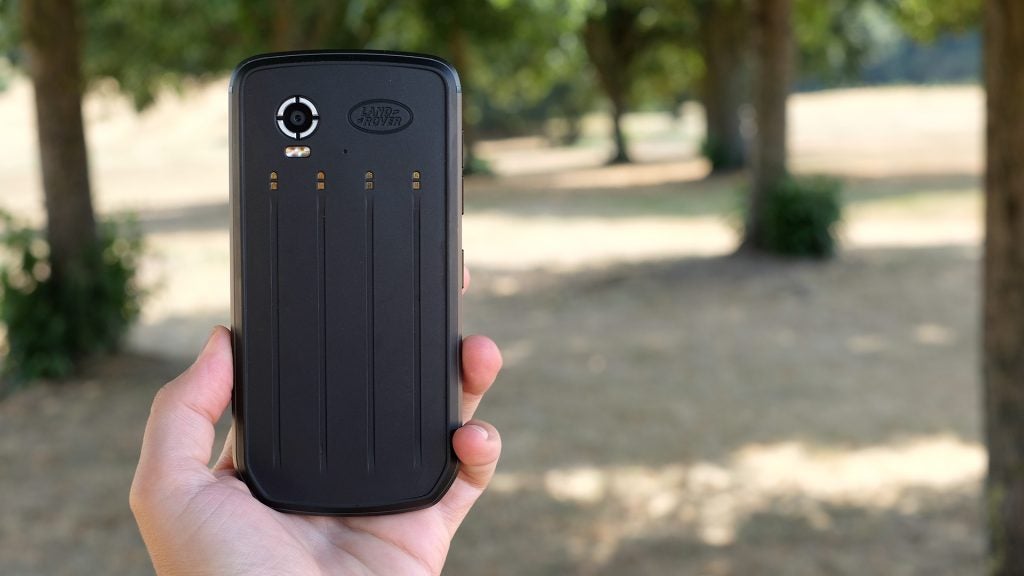 I took the Land Rover Explore to a one-day music festival during testing, and despite using Android’s Battery Saver mode for much of the afternoon, it conked out on the way home, at around 10pm.

This is a poor result for a phone with seemingly high capacity. Also an issue is the fact that the Land Rover Explore routinely displayed 8-12% charge remaining at the point it switched off due to low charge. The last thing you want when using a phone to navigate a trek is for it to unexpectedly switch off.

Of course, this is what the Adventure Pack is here to solve. Its 3620mAh cell will almost double the battery life of the phone. However, if you need a phone to last a weekend of hiking or camping, you’ll still need a second external battery.

Charging, using either the Adventure Pack or the charger, is fairly slow too. The phone’s Helio X27 supports MediaTek’s Pump Express+ fast charge standard, but it isn’t used here because the charger is a standard 5V, 2A supply.

Why buy the Land Rover Explore?

If you need your phone to be able to withstand extremely cold or hot conditions, the Land Rover Explore is one of the best you can get.

Devices such as the iPhone X and Samsung Galaxy S9 are designed to function between 0 and 35ºC, and will eventually switch off outside this range. The Land Rover Explore won’t.

However, outside of these unusual rugged abilities and a few neat software extras, the Explore has issues. The camera can only compete with those of ‘normal’ phones a fraction of the price, battery life is disappointing, and it tends to turn off while claiming it still has charge remaining. The Land Rover Explore needs to be ultra-reliable – but right now, it isn’t quite reliable enough.

Great rugged build, but the battery life, camera and general reliability need to be better.