What is the Land Rover Explore?

The Land Rover Explore is an ultra-rugged phone for hikers, trekkers, mountain bikers, and anyone who lives a life of outdoor adventure. It costs £599.

It’s a pleasant change from uglier ‘high-vis’ rugged phones that seem most at home in the pockets of construction workers. Yet the rugged side of the Land Rover Explore is still real and useful.

However, strip that away and there are some issues. Photo-capture quality varies and the battery life is surprisingly ordinary. And it tends to give out despite reporting it still has plenty of charge left: this isn’t ideal if you’re using it to navigate across the countryside. 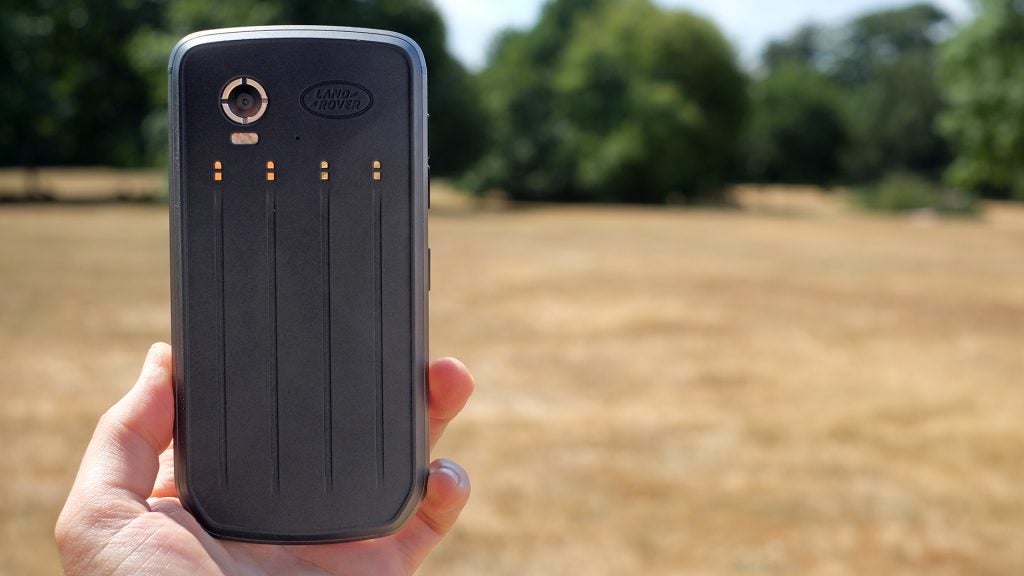 Like every rugged phone, the Land Rover Explore is quite large, thick and heavy. However, it doesn’t use the colourful rubber seen in some tough phones and cases.

This phone is black and dark silver, with the aim to make it look as much ‘Land Rover’ but in the vein of a rugged phone. The grooves across its back are similar to those you’d see on a Range Rover’s roof. The curves along the front edge mimic the cars’ headlight contours.

If you consider the iPhone X the height of smartphone design then you may not be impressed. However, there’s a more deliberate style here than you’d see on most rugged phones.

It’s meant to feel expensive, rather than just tough. The Land Rover Explore’s sides are 7000 series aluminium, rather than plastic or rubber, which tends to handle impacts better.

The harder a material, the more it transmits impact force rather than absorbs it. Transmitting this force isn’t ideal, because it then ends up in the glass screen panel, which can cause it to shatter, even if the phone lands on its side. However, even far less rugged handsets than the Land Rover Explore use internal rubber or plastic buffers to stop this happening.

I haven’t taken the Land Rover Explore apart to see what’s on the inside. But representatives from Bullitt Group told me it uses the same techniques as the latest CAT phones, which are even more deliberately ruggedised.

The Land Rover Explore has been drop-tested from 1.8 metres as part of the ‘MIL SPEC 810G‘ military spec testing. 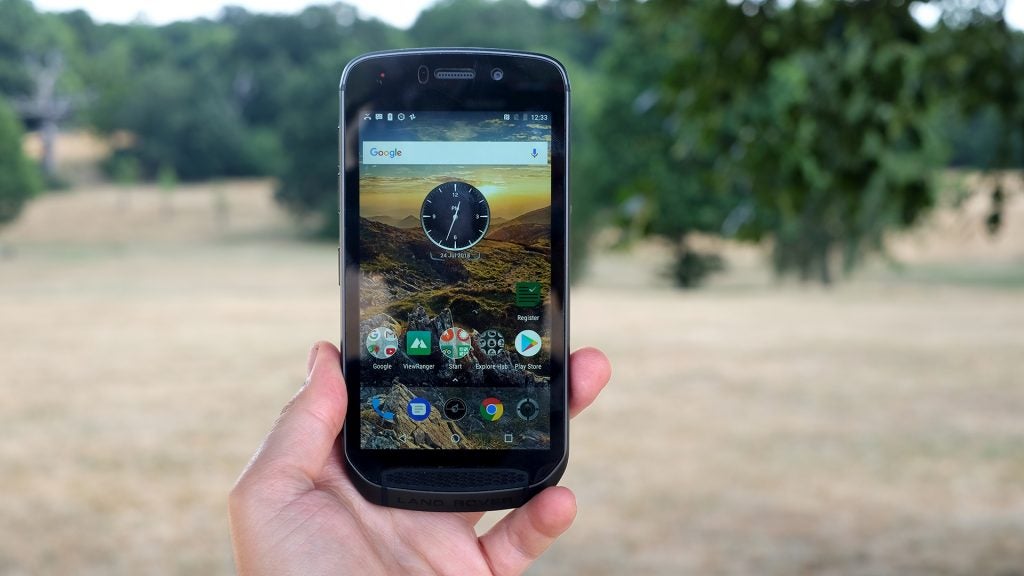 It’s by no means indestructible, though. While series 7000 aluminium is stronger than the 6000-series type used in most higher-end phones, it’s still prone to dings. Two weeks in, the Land Rover lettering on the front lip is already showing signs of fading in one area.

The screen covering is Gorilla Glass 5, used by most top-end phones. This device’s display is therefore only as shatter-resistant on direct impact as those phones. However, the Explore does also come with a great tempered-glass screen protector, which will naturally take much of the initial force. Well, it will the first time you drop it screen-first onto a rock.

The Land Rover Explore is also water-resistant to IP68. This means it can be submerged at a depth of 1.5 metres for over half an hour. However, this doesn’t make it truly water-sports-ready. For that you need 5-10ATM resistance, because it needs to withstand the added pressure of movement, not just submersion.

However, there’s no such phone on the market right now with that level of water-resistance. This is the best you can get right now. 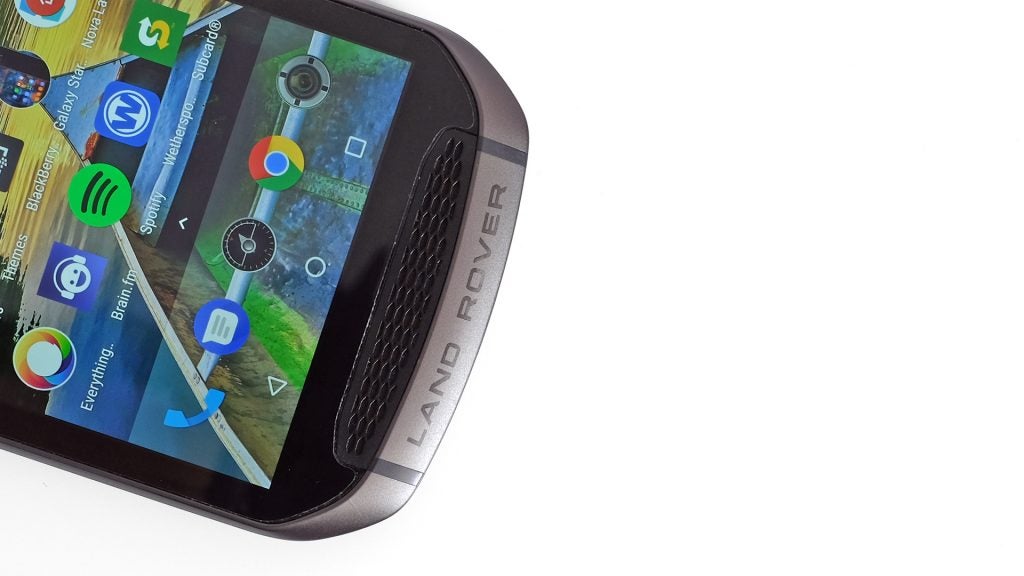 Several slimmer phones offer IP67/68 resistance, but it’s operating temperature range that sets the Land Rover Explore apart more distinctly. It can continue to function at -30ºC and up to 65ºC. Freezing cold mountain summits that might make another phone switch off are no issue for the Explore. While I haven’t tested this personally, it’s a long-standing selling point of CAT phones, made by the same company.

The touchscreen also functions when wet. This involves an ‘error correction’ approach that can determine the difference between water droplets and your finger. It works.

You get an Adventure Pack with an Explore device. This is promoted as a special deal but Bullitt Group says there are currently no plans to sell the phone without it.

The Adventure Pack includes an extra 3620mAh battery pack that hooks magnetically onto the rear. It also incorporates a more powerful 25mm x 25mm GPS antenna, to keep the signal strong in areas where a standard GPS chip and antenna may struggle.

You can use the Explore with this battery sitting on its back, but there’s also a rubbery cover that slips over it. This will improve drop protection significantly, and avoids damage to the aluminium sides. 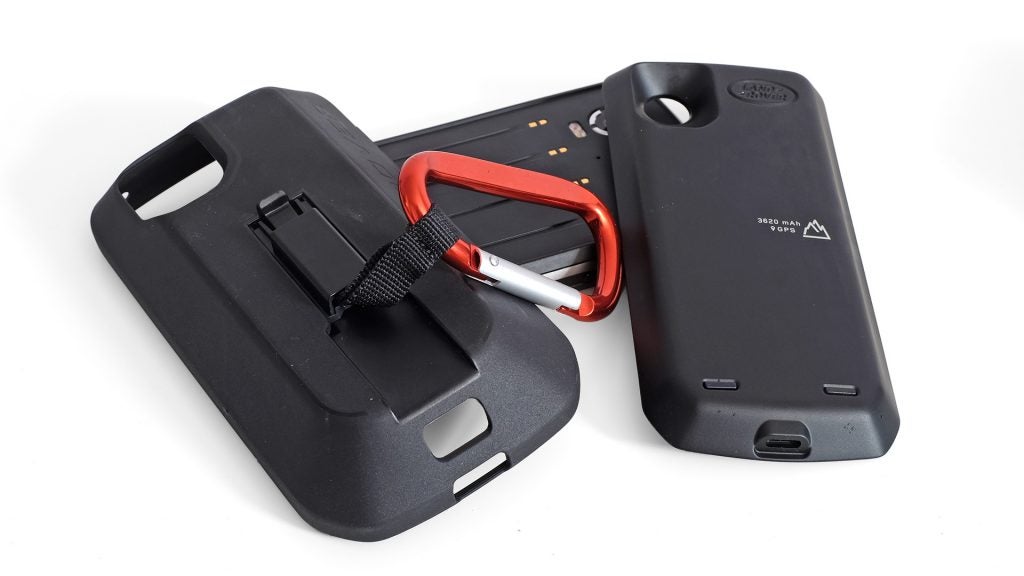 However, with these two parts added the Land Rover Explore is huge. After two weeks of use, I’m now used to the phone’s chunkiness. Add the Adventure Pack and it’s far too large for the average pocket. This is one for longer hikes only.

The case has a carabiner attached. However, on a walking weekend I’d probably attach it to my rucksack or Camelbak, to avoid it bumping against my thigh – as it probably would if hooked to a belt.

To fully sell the Land Rover Explore as a phone for trekkers, you also get a one-year subscription to ViewRanger, a great nerdy alternative to Google Maps. It uses Ordnance Survey maps that have more detailed topographic annotations than the ‘terrain’ view of Google Maps. 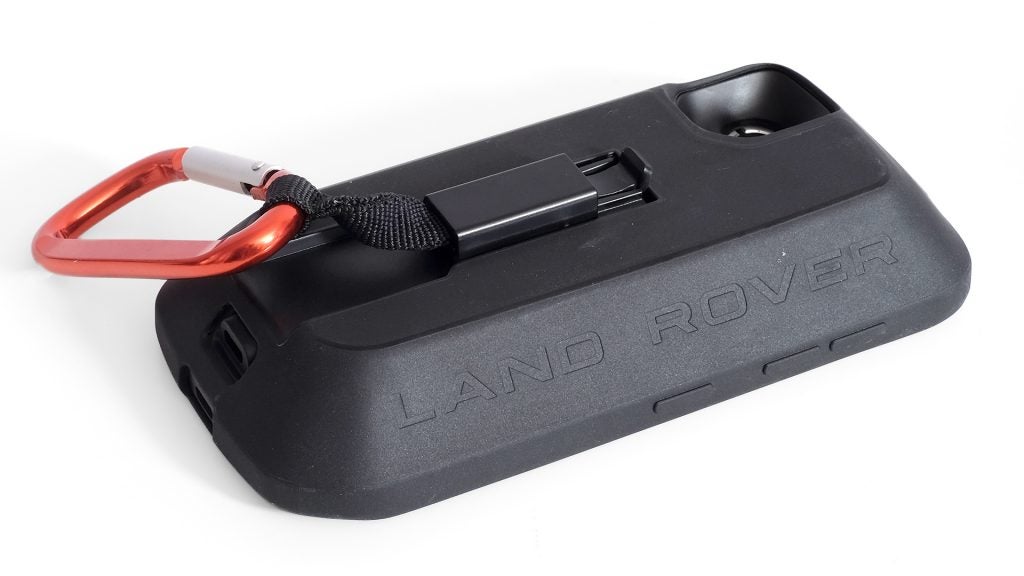 The Land Rover Explore has a fairly conventional screen. It’s five inches across, a 16:9 shape and of 1080p resolution.

As such, it’s sharp, but not all that large. And by current standards there’s an awful lot of phone blooming out from the screen. Of course, some of this is mandated by the ruggedisation. The tougher you want to make a phone, the chunkier it must be.

Peak brightness could also be improved. An outdoors phone has some of the greatest need for an ultra-high nit display such as that of the LG G7 ThinQ, but the Explore’s max brightness is just conventional. On a bright day you can see what’s on-screen, but you may need to cup a hand over it to see clearly. 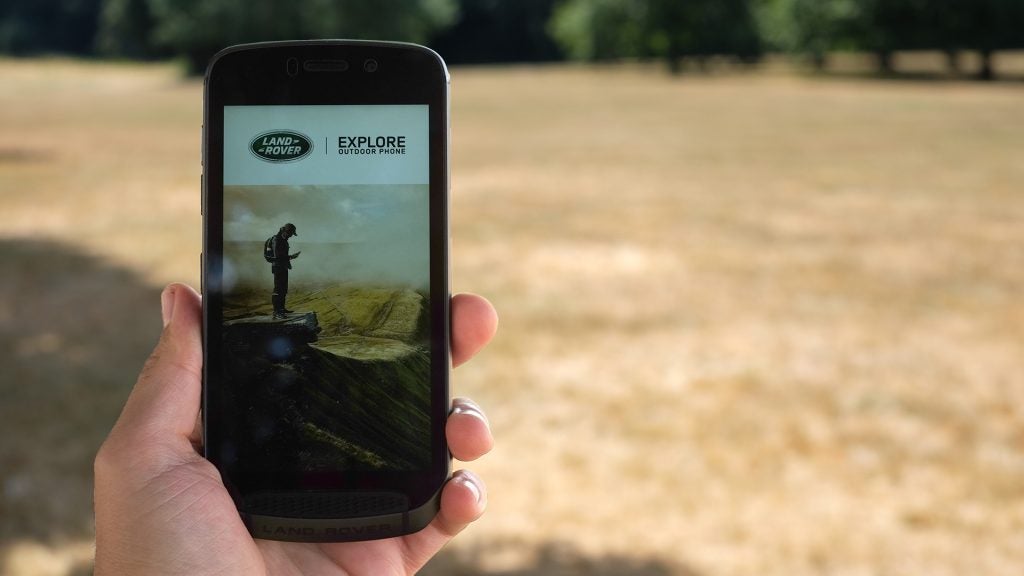 Colour has a natural sRGB style and contrast is reasonable.

The Land Rover Explore has a decent screen then, but one that can’t really be compared directly to other ‘normal’ phones costing £300 and up without looking a little behind the times.

There are a few little software extras, provided by the phone’s processor maker MediaTek. ClearMotion upscales the frame rate when playing video, for smoother motion, and MiraVision lets you customise the display’s look, including colour saturation.