What is the KitSound Flair?

The KitSound Flair is a small Bluetooth speaker that won’t eat into your savings much, and doesn’t take up loads of space. It costs £60, and while it looks a bit like a retro radio, it’s much thinner and smaller than pretty much any DAB radio out there.

Its sound quality won’t blow you away, but if your budget won’t quite stretch to the Jam Heavy Metal or Pure Digital Voca, the KitSound Flair looks, sounds and feels nice. 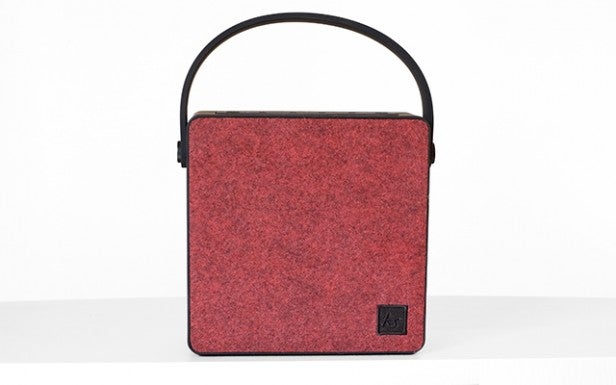 Design is the main focus of the KitSound Flair. It’s in the name.

Most of our favourite dinky Bluetooth speakers are shaped like a fat bar, with the Bose SoundLink Mini being the inspiration for the majority of them. However, the Flair has a more upright body, with the style of something a bit more retro.

It’s 50% lunchbox, 50% classic FM radio. It comes in red, green, grey and blue, each a mottled, grown-up tone that looks good. And while you may know KitSound as a budget brand, the Flair feels nice too. 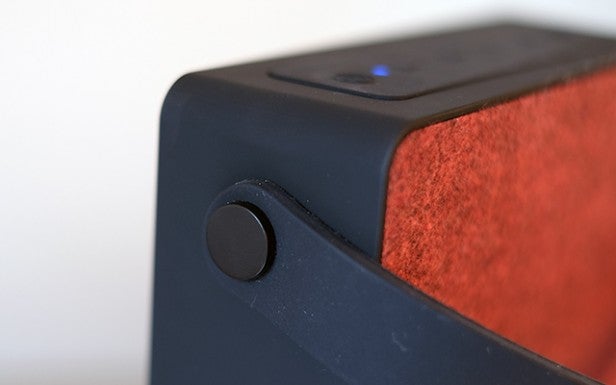 The KitSound Flair has a rough fabric front, and a soft-touch plastic body. It feels substanial, like a solid block of speaker rather than something made of flimsy plastic panels. What really brings the design together, though, is the thick rubber strap. You can fling it around carelessly, and while this isn’t a super-small speaker, its relatively slim frame means it’ll fit into a bag fairly easily.

It’s not waterproof, but it scores pretty high on the portability front and that the sockets on the rear are covered by a rubbery flap gives it some splash-proofing.

The KitSound Flair is a fairly rudimentary Bluetooth speaker. There’s nothing fancy going on. There’s no NFC, no word of aptX support. In this size/price of speaker, though, these omissions are perfectly fine.

Pairing the Flair up is simple, and I had no issues with Bluetooth break-up or disconnecting. It works just fine. 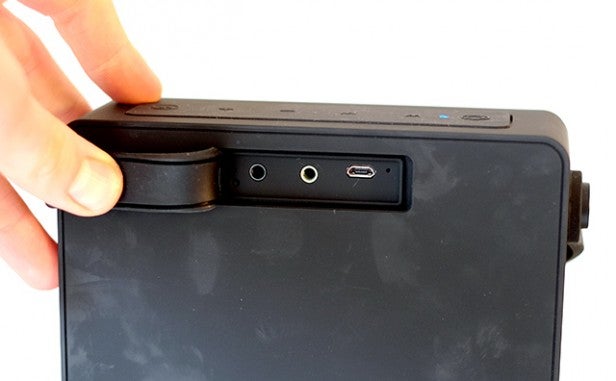 There’s also a 3.5m aux jack on the back, to let you hook up sources that don’t have Bluetooth. You could even plug your TV in, if you like. It uses a Micro USB charging socket, letting Android owners use their phone to charge the battery up.

The one ‘extra’ you get is the row of rubbery buttons along the top. These let you control music playback and volume when you’re playing through a phone or tablet over Bluetooth. KitSound says it’ll last for up to eight hours off a charge. I got a good couple of days’ solid use between charges, suggesting you’ll get around five to six hours at a decent upper-mid-level volume.

The KitSound Flair uses two drivers plus a passive bass radiator, getting you a claimed 10W output.

Sound quality is only fair, but does avoid the usual issue of small speakers desperate to sound big: splodgy bass. The KitSound Flair has quite a mid-heavy ‘boxy’ sound, which is unusual in this class.

It’s a slow-burner, sounding coloured and constrained at first, but let yourself bed into the sound a bit and it becomes a pretty enjoyable way to listen to vocal-heavy music and spoken-word internet radio in particular. 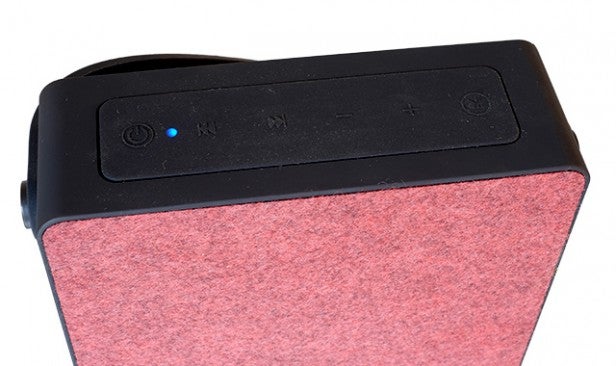 The KitSound Flair has its own definite tone, it goes reasonably loud without sounding strained and has a bit more power behind it than a weedy-sounding radio of old. I can’t help but think of the Goodman Go Dash, a frankly rubbish-sounding DAB/Bluetooth speaker I reviewed last year: it’s much better than that.

Still, if you’re willing to shop around and, in some cases, spend a little more, you can get much better sound. There are small speakers with similar driver arrays that offer much better dynamics.

The top pick at the price is the Jam Heavy Metal, which flits between £63-odd and £120, offering a far more lifelike and energetic sound. This isn’t about adding bass (although the Flair’s bass floor isn’t particularly low), but that the Flair’s sound is a little flat, smashed together in that middy mass.

The Pure Voca is another example of a speaker that projects and separates sound a bit better than the Flair, although it does cost £20 more and has a bit of a bass bloat issue.

Still, there are much worse-sounding speakers out there. And for all its limited abilities, I can’t help but like the Flair. 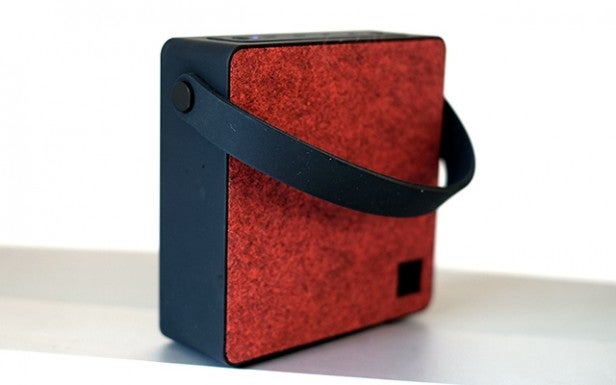 Should you buy the KitSound Flair?

The KitSound Flair is not a speaker for audio nuts. For a similar price you can get boxes with greater energy, better separation and deeper bass.

However, that doesn’t stop the KitSound Flair from being a speaker that’s ultimately nice to have around, and nice to use. Those put off by the idea of having a ‘nice’ speaker rather than a superlative one should perhaps dig a little deeper.

If you like the design style and are just looking for something to listen to some tunes or a podcast while you’re cooking or in the bath, the KitSound Flair is a perfectly pleasant little speaker.