Available on Xbox 360, Xbox One (reviewed), PS3, PS4, PC
Though widely lauded as a classic adventure series, King’s Quest doesn’t seem to evoke the same warm feelings as, say, the Monkey Island games or Grim Fandango – or not here in the UK, at least. That might change with Sierra’s revival of the series. Whether you played and loved King’s Quest in its eighties/nineties heyday, or whether you’re coming to it for the first time, this first chapter – A Knight to Remember – is a treat.

Each chapter promises a new tale from the life of King Graham, told by the ageing king to his impetuous young granddaughter, Gwendolyn, in a style that will remind anyone who’s seen or read it of The Princess Bride. The combination of impressively responsive in-game narration and voicework from the legendary Christopher Lloyd works wonders here, delivering a storybook atmosphere that is warm, funny and bursting with heart. 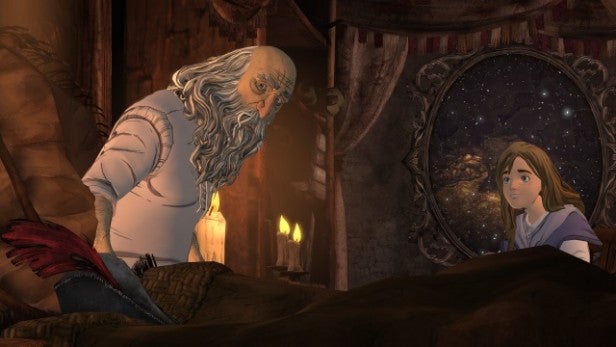 Even this wouldn’t matter, were the script not smart and witty and the gameplay so satisfying and well-balanced. It’s not that A Knight to Remember subverts any tropes: the hapless hero who wins out through luck and a good heart is, if anything, a cliché, while you’ll have seen many of the scenarios before. Yet, this new King’s Quest seems to wring new life out of even the more hackneyed elements, while dishing out characters – vain knights, dodgy dwarf traders, tough-talking blacksmiths, officious guards – with real colour and personality. This is an easy game to love.

This first chapter sees our hero – a young, would-be Sir Graham – entering a knightly tournaments and tackling angry dragons, though not necessarily in that order. The game’s willingness to present the story out of sequence goes deeper than at first you might suspect. What starts out as a linear adventure turns out to be a more open style of game. 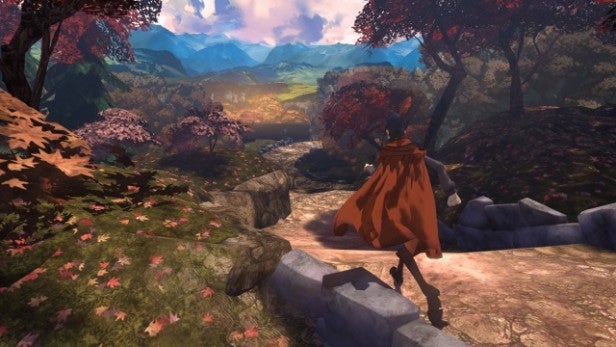 You might not think so from the first section, which tosses you the standard series of puzzles before hitting you with a choice straight from the Telltale school of interactive drama – one which we’re told will resonate later on. The tale is well-told and the puzzles entertaining. The interface, designed for console with intuitive controls for inventor, dialogue and interactions, is practically transparent. Yet the linear style and the addition of quick-time event action sequences doesn’t exactly build confidence that the spirit of King’s Quest has been preserved.

Yet soon after this, A Knight to Remember starts surprising. Instead of one solution to every problem at every stage of the game, we get a choice of problems and solutions that means your exact path through King’s Quest might not be the same as mine. It’s too early to tell whether that means we’ll see the kind of moral choices and alternate conclusions that we’ve seen in, say, The Walking Dead, but it does make you feel like you’re collaborating with the creators on your own tale, not simply joining the dots between the cut-scenes. 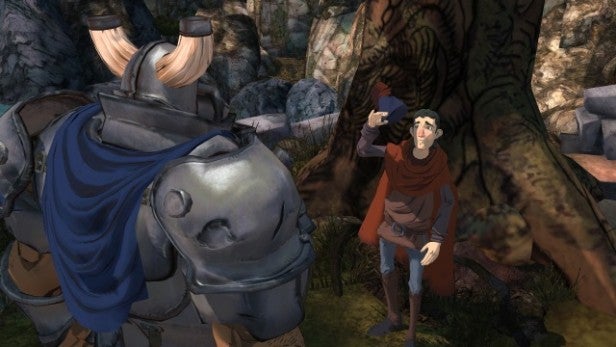 The puzzles are pretty good as well. No, they don’t require those clever leaps of logic as the classic LucasArts adventures, and nor do they involve the same complexity, but we’re a long way away from the dialogue-driven scenes of recent Telltale dramas or the simple ‘find the missing item’ puzzles of many other adventure games. These are puzzles that require a bit of wit, some keen observation and a little trial and error, and it’s going to be interesting to see how those who didn’t experience the graphic adventure in its heyday will make of them. For a rather sweet-natured, family-friendly game, King’s Quest makes your objectives clear but doesn’t constantly nanny you towards the obvious solution.

The production values, meanwhile, are top notch. With Activision’s money behind them, a small team, dubbed The Odd Gentlemen, have produced a 3D graphic adventure game that, if anything, looks better than anything Telltale has produced. The animation is beautiful and full of personality, while the scenery is crammed with detail, colour, light and shade. There’s also room for blockbuster spectacle, with scenes of fire-breathing-dragon death defiance, fierce battles and skin-of-the-teeth escapes. The voicework is impeccable, with even the silliest puns delivered with a knowing chuckle, and the music is lush and engaging. 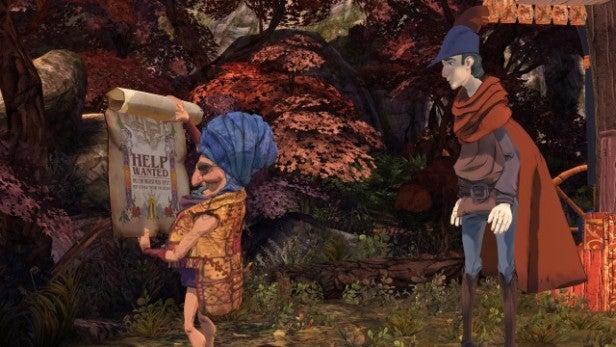 In fact, the only areas where A Knight to Remember sets a foot wrong are in navigation – the world is surprisingly extensive, and it’s not always easy to remember how to get from A to B – and a propensity for timing-critical action sequences. These themselves shouldn’t be difficult, but the controls and movement aren’t always quite responsive enough to cover what you need to do. You know what you’re meant to be doing, but actually doing it might take a few goes with the same cut-scenes replayed on each occasion.

In a way, this only pays tribute to the originals, which themselves had some hugely irritating sequences. In any case, it’s something that we’ll live with. The fact is that this first episode works brilliantly on every other level, and it’s bigger than you might expect to boot.

Verdict
A Knight to Remember might not have the emotive power and narrative sophistication of The Walking Dead or Game of Thrones, nor quite the wit and humour of Double Fine’s Broken Age, but it’s given me the most enjoyable time I’ve had playing an adventure game in years. If subsequent chapters can maintain this level of quality, this series could give the King’s Quest name a whole new lease of life.