When a game is called Killing Floor 2, you should have a pretty good idea what you’re in for. Not just because it’s obviously a sequel and therefore has set a standard previously, but it would take a brave developer to opt for a name so brash and not deliver on expectations. Thankfully, Tripwire Interactive doesn’t fall foul of this.

Placing a gun in your hand and then telling you to run rampant, Killing Floor 2 is as satisfying as video games come. While its foundations rarely change from start to finish – you equip yourself with an arsenal of weapons before taking on waves of enemies known as the Zed – it’s so rewarding that it doesn’t matter.

It goes out of its way to make shooting a gun fun, and the real joy comes from the well-timed headshots the game is keen for you to focus on. Find your rhythm with them and it’s an absolute treat to consistently splatter a zombie’s brain into a thousand squishy pieces. Now, admittedly that sounds rather gruesome, but the violence here is so over the top, and the threat you’re presented with so ridiculous, that you can’t help but crack a smile rather than a grimace.

Related: All the best Black Friday deals in the UK right now 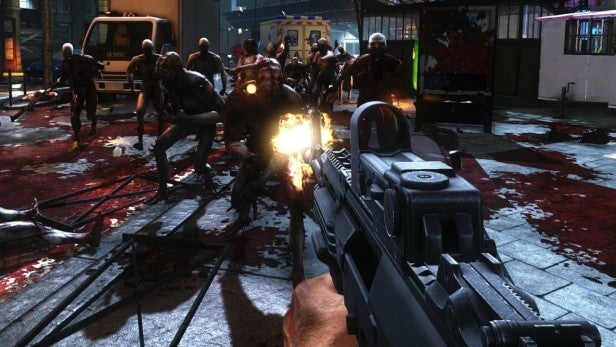 With that said, however, Killing Floor 2 does do a great job of ramping up the tension as and when it needs to. Rather than specific levels, the game is broken down into waves, much like Gears Of War’s Horde mode: wave one is easier than wave two, and so on, then when you get to the final wave a random boss will be plonked down for you to try and defeat. It’s all very simple, but very well executed.

Because of this approach, Tripwire is able to create all-out carnage that makes for a horrific atmosphere on occasion as you try not to be overwhelmed by the constantly increasing resistance. I wouldn’t go as far as saying that it’s scary, but there are moments when you’ll genuinely panic, desperately trying to come up with a new strategy so you don’t die. It’s rather addictive.

This is all bolstered by Zed Time. Activated when you pull off a particular kill, which usually involves someone’s face exploding, Zed Time sees the in-game action slow down for a few seconds, allowing you to pick your next move. It’s no longer than a hiccup, but will become your most important ally, getting you back on the front foot.

You’re not just killing for the sake of killing, mind, each death gives you both money and experience points, as does surviving a round. Not only does this allow you to buy equipment (which can also be sold for cash), but it also lets you add perks to your chosen character. These include a mixture of passive and active abilities – such as the power to heal your teammates – and go a long way to keeping things interesting and enabling you to approach the game in a different way. It’s a welcome addition. 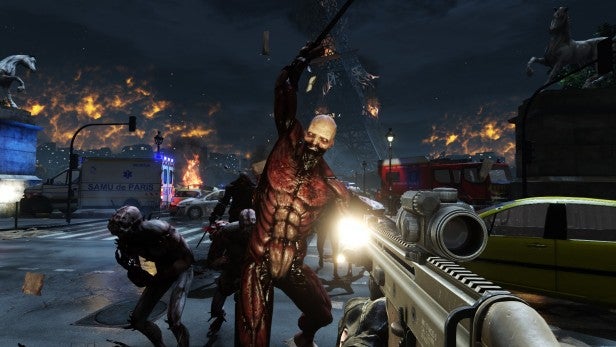 It’s here where Killing Floor 2 stands tallest, however. While there’s still plenty of jollies to be had if you just want to play it on your lonesome, getting some friends together to take on an outbreak of the undead is just better. The game scaling depends on how many people are joining you, meaning you can take on a harder challenge with friends, and the tactics that have to go into each round as you get to the higher levels are ridiculous.

This is where the main amusement lies, though, and where the sequel could have some serious longevity. There’s only so long you can play it by yourself before getting a bit tired of the format, but with friends – or even random strangers – there’s just an extra element to it. That doesn’t mean you’ll want to go back to it every single day, but there’s definitely something to be said for having it around as and when the time calls for it. When it does, there’s a lot of entertainment to be had.

Simple by its very nature, Killing Floor 2 knows what it wants to achieve, and ensures it does it without too much fuss. There’s plenty here to offer more depth – such as a class system and the aforementioned extras – but the dangling carrot you’ll keep coming back to is that it’s just compelling to grab a shotgun and shoot a zombie in the face. That’s not big. That’s not clever. But it is very enjoyable, even when it has no right to be. 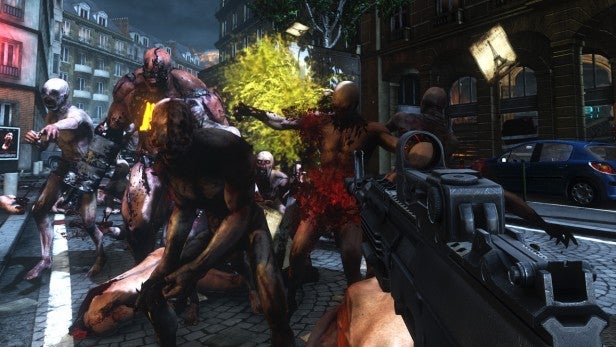 Essentially the first game again but with enough tweaks to make it stand out on its own, Killing Floor 2 is the quintessential video game in many ways. You can imagine inserting coin after coin into an arcade machine version of it 30 years ago, with that urge to just have one more go taking over the sensible part of your brain. The difference here is you don’t have to keep wasting those precious pound coins. You can just get it on your PS4 or PC instead. And that wouldn’t be the worst idea in the world…

Killing Floor 2 does everything it sets out to do very well and is immensely satisfying, especially with friends. It’s not the deepest game in the world, but it doesn’t really need to be.