It was an interesting product, but had a few missing features that meant it didn’t quite dominate its two target areas. The GC-PX100, however, has been improved in a number of ways that give it a much better chance of being jack of two trades and master of both. 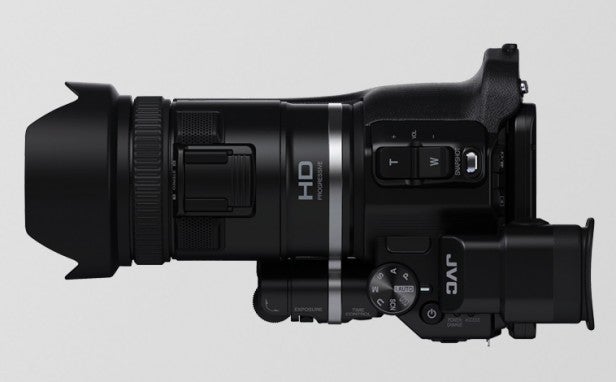 The 1/2.3-inch back-illuminated CMOS is large for a camcorder, but also means this is no DSLR beater. The sensor does sport 12.8Mpixels, however, and can capture stills at up to 4,000 x 3,000 pixels, so this certainly has the potential to negate your need to bring a digital camera on holiday as well. There are lots of shooting format options, too, with MP4, AVCHD, MOV and iFrame all available.

The MOV format provides the highest quality, offering a 40Mbits/sec data rate for Full HD at 50 progressive frames per second, with 4Mbits/sec of this used by the LPCM audio. You can grab the same resolution and frame rate in MP4 format at 36Mbits/sec, while AVHD only offers this at 28Mbits/sec, which is the standard for AVCHD 2.0. The iFrame option is 720p at 25 frames per second and a healthy 36Mbits/sec.

This is a bewildering range of formats, but at least they give you the flexibility to match whatever your chosen editing software or online video sharing service prefers. With footage recorded to a single SDXC-compatible memory card slot, a 32GB module will give you around 107 minutes of recording at the top MOV quality setting. 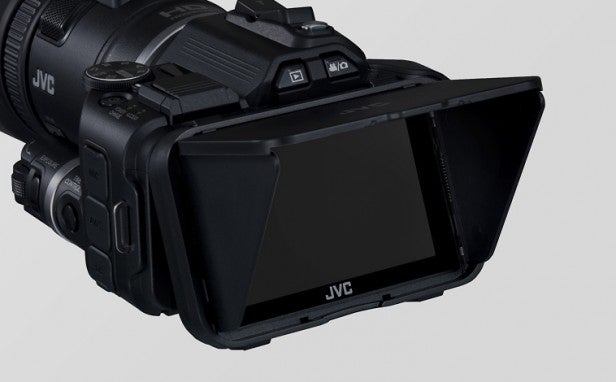 Despite the large sensor, the GC-PX100 still offers a pretty healthy 10x optical zoom. With plenty of extra sensor pixels available over and above those required for HD video, there is also a 19x dynamic zoom available too, although this is only enabled in 720p mode, with just 14x on offer at 1080p resolutions.

The JVC GC-PX100 is even more expensive than its predecessor, coming in close to £1,000, which is increasingly unusual for consumer-grade camcorders these days. However, it does exude quality, with a host of helpful extras included in the box, and every enthusiast feature you could want.

Although the PX100 has a 460Kpixel 3in LCD, there is also a detachable EVF included in the box. This connects just above the LCD, with a button on the side to switch between the two, and a dioptre adjustment on the other side. There is also a glare shield and cover you can clip onto the back of the LCD. We found the fit a little loose, however. The LCD itself folds out, so you can angle it facing up or down as needed. 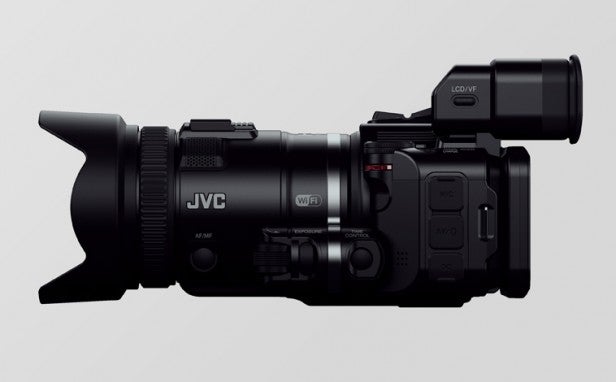 One of our main criticisms of the PX10 was the lack of a lens ring, which seemed like a grave omission for a camcorder masquerading as a DSLR. JVC has heeded this and the PX100 now includes a lens ring, plus an additional wheel for configuring settings.

A button on the side of the lens enables the ring for manual focusing, although that is all it does. The other wheel operates the remaining manual settings. There’s a curious Time Control button that lets you choose shooting speeds between 1/80th and 500 frames per second, or from time lapse to slow motion. If you shoot at 100 to 250 frames per second, however, the resolution drops to 640 x 360, and to 320 x 176 at 400 or 500 frames per second.