What is the ISAW Wing?

The ISAW Wing is the less expensive sibling of the ISAW Edge, missing the headline 4K video shooting, while including a slightly less comprehensive mounting bundle. Although it’s quite a bit cheaper, there’s still plenty to commend this GoPro-alike. So exactly how much has been lost to achieve the considerably reduced price?

The most noticeable omission, as already stated, is the 4K video resolution. There are no 2.7k or 1440p options either. The 1080p Full HD resolution remains, but is available at only 30fps rather than 60; 720p runs at a maximum 60fps rather than 120. As a result, there’s a considerable reduction in video-shooting options, and the top still-image resolution has dropped from 16 megapixels to 12 megapixels, with no RAW capability either.

In practice, the main loss here other than 4K is the ability to shoot at a higher frame rate and then play back at a slower one for smooth slow motion. Since this is something action camera users do regularly, it’s something to consider when purchasing, and could make the £60 extra for the Edge money well spent. There’s a 960p (1,280 x 960, with a 4:3 aspect) shooting format available too, which also runs at 30fps.

The slightly less generous mounting kit loses the suction mount of the Edge. The extra links for extending the length of the connection and rotating it 90 degrees are also missing, with one fewer screw fitting. The protective carry pouch has been left out, as has the separate tripod mount. However, the hand grip is included – which is also able to perform this function – with the wrist strap, so you don’t have to worry about dropping the camera during frantic action.

The hand grip also doubles as a float, so you won’t lose the camera if it evades your grip in deep water. If it does, though, the waterproof housing with a 40m depth rating brings peace of mind. There’s an open-backed housing as well, for easier access to the controls, although the waterproof housing has external buttons that allow control of all the functions. There are adhesive surface mounts for flat and curved surfaces, with an extra adhesive pad each. There’s a slide-in connection for use with these. Two screw fittings are provided. 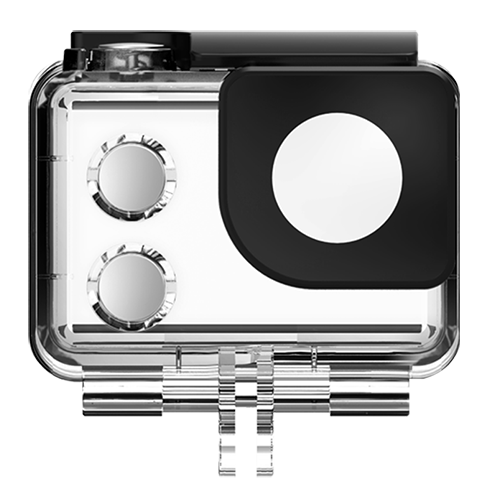 Of course, all the optional extra mounts that work with the Edge are also compatible with the Wing. The range here is comprehensive. The mounts included with the Edge are also available separately, alongside a roll-bar mount, head strap, chest strap, external and car chargers, a USB microphone adapter, extra batteries, a surf mount, analog video cables and a Wi-Fi remote. Note that you won’t need the latter if you have a smartphone – which is handy, since it costs a princely £65.

The Wing is physically identical to the Edge in layout, with just a slightly darker exterior finish to distinguish it. The control system is identical, using various combinations of the single button on the top and the two buttons on the front. These operate a menu on the 1.5-inch LCD panel, which provides access to a good range of configuration options. 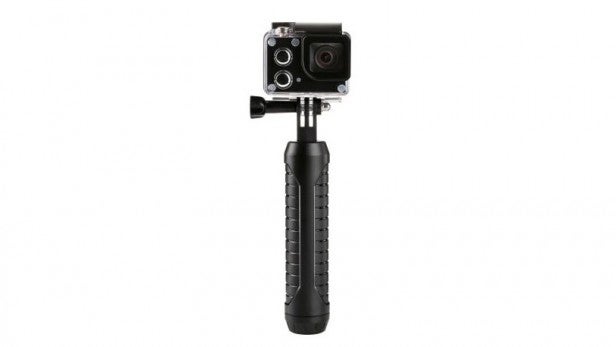 Aside from the ability to change recording formats, there’s a time-lapse option with intervals from 1 to 30 seconds, plus the facility to add digital colour filters such as sepia, or superimpose a time stamp on the video. The My Tune menu is ISAW’s answer to GoPro’s ProTune, although it doesn’t go as far. There are three sharpness settings, exposure bias from -2 to 2 in 13 steps, ISO from 50 to 1600, control over how auto-exposure metering is performed, white balance presets (but no manual option), and wide dynamic range.

Although the 1.5-inch LCD provides a preview of what the lens is capturing, and the menu is reasonably easy to navigate, you can perform both functions with even greater ease via a Wi-Fi-connected smartphone.

The app is available for Android and iOS. I encountered stability problems with the smartphone app and the Edge when I tested the latter, although a firmware update seemed to iron these out. Having applied the latest firmware to the Wing before I even began testing, I didn’t find any issues with this model.

The Edge sports a 16-megapixel Sony Exmor CMOS; Isaw hasn’t published the make of the sensor inside the Wing. Fortunately, whatever it is, its performance doesn’t let the side down. Assisted by a fast, albeit tiny, f2.2 lens, the Wing manages decent colour fidelity and detail in low light. There are signs of graininess, however.

Image quality is decent in bright and sunny conditions, but not as good as the Edge. Colour fidelity is decent, but the image is a little softer – although there’s no evidence of artefacts, and lens distortion isn’t particularly aggressive either, for an action camera.

Overall, for the price, image quality is very good. Although I’ve seen better from GoPro and the Garmin VIRB XE, for example, this has to be weighed against the very keen £120 cost of the Wing. This should put it firmly in the “cheap and nasty” bracket, but it’s considerably above that level. 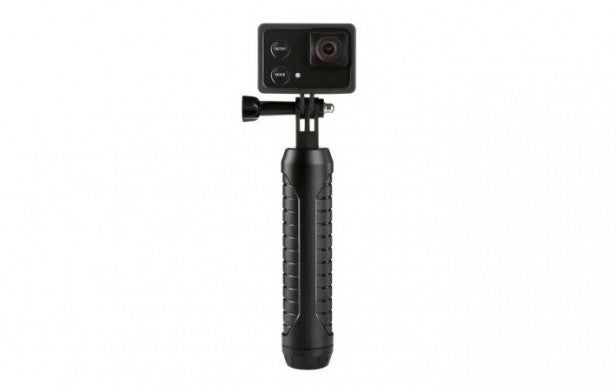 Should I buy the ISAW Wing?

Like the ISAW Edge, the Wing gives you plenty of action camera for your money. The GoPro Hero 4 Silver costs more than twice as much, although its abilities are closer to the Edge than the Wing, and actually better than that too. The Hero 4 Session is a little closer in abilities, but only slightly cheaper than the Silver.

So, if your budget doesn’t stretch to the £250 or more for a GoPro, the ISAW Wing is a capable contender. It doesn’t mount a direct challenge to GoPro yet, but the decent mounting bundle and reasonable image quality put it a cut above the many budget-priced me-too action cameras that are now proliferating the market.

The ISAW Wing offers amazing value for an action camera, with decent image quality, a good mounting bundle, and a number of high-end features.