The Apple Pencil is the iPad Pro’s killer accessory, and in iOS 11 it becomes an even more vital tool in setting Apple’s tablets apart.

You can now draw over screenshots as soon as they’re captured, and mark up PDFs too. Double-tap on the lockscreen with the tip and you’re taken straight to Notes, an app that has seen major improvements in itself. Inline drawing lets you mix text and sketches in a single note, while the handy ‘scanner’ is great for filling out documents.

Arguably the biggest visual overhaul in iOS 11 is the Control Center. Gone is the three-paned grid layout, replaced by an initially odd mixture of different-sized shapes and bubbles.

I must admit that I wasn’t a fan of the layout at first sight, but the improved functionality, and finally being able to edit and remove shortcuts I don’t use, makes it a welcome improvement.

The new Control Center mimics 3D Touch actions on the iPad, so to alter brightness you simply long-press on the brightness slider as you would on the iPhone 7. You can switch around the layout and add a few new shortcuts, although Apple appears to be stopping short of letting developers build their own shortcuts. This could be great, though, since the Apple TV shortcut is the entire Remote app shrunken down. 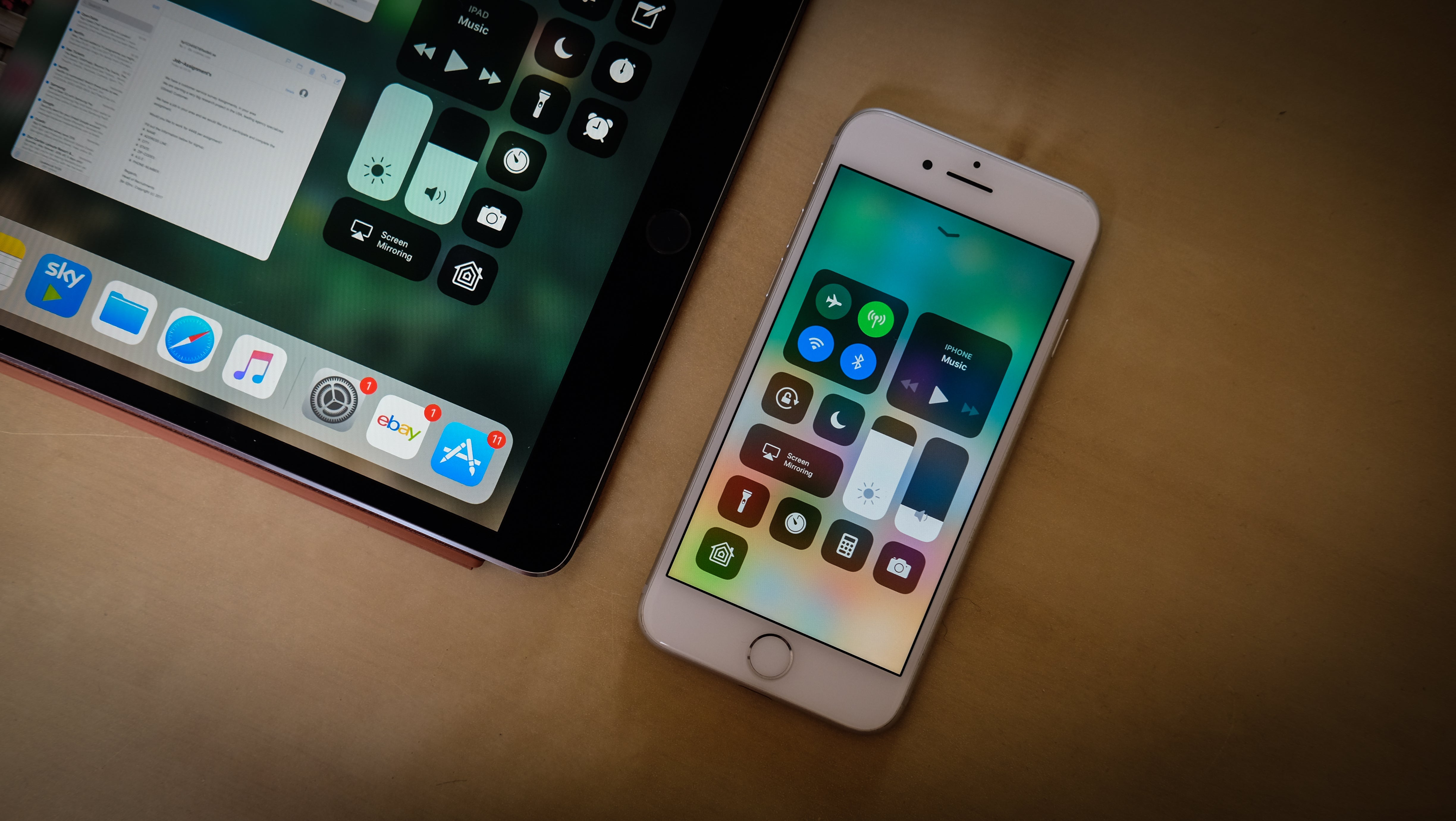 Rumours before iOS 11’s actual unveiling suggested an overhaul of the design was likely. Maybe the tired gridded view of apps would be replaced by something more modern. Sadly, this didn’t come to pass – but there’s a smattering of updated visual flair across iOS 11.

One app that has received the radical redesign I’d hoped would be apparent throughout is the App Store. The new layout highlights how tired the previous design had become. Artwork and videos can be seen everywhere, but there are now dedicated sections for both apps and games; and there’s far more curated content too. Some of this will no doubt be fluff, but I’ve seen a few nicely written pieces so far.

Hopefully, these additional extras won’t get in the way of the actual apps that most people are there to find. Nevertheless, the curation of constantly updating apps seems much-improved.

It’s odd then that the iTunes Store remains untouched; it now feels rather old-fashioned when positioned next to the App Store. 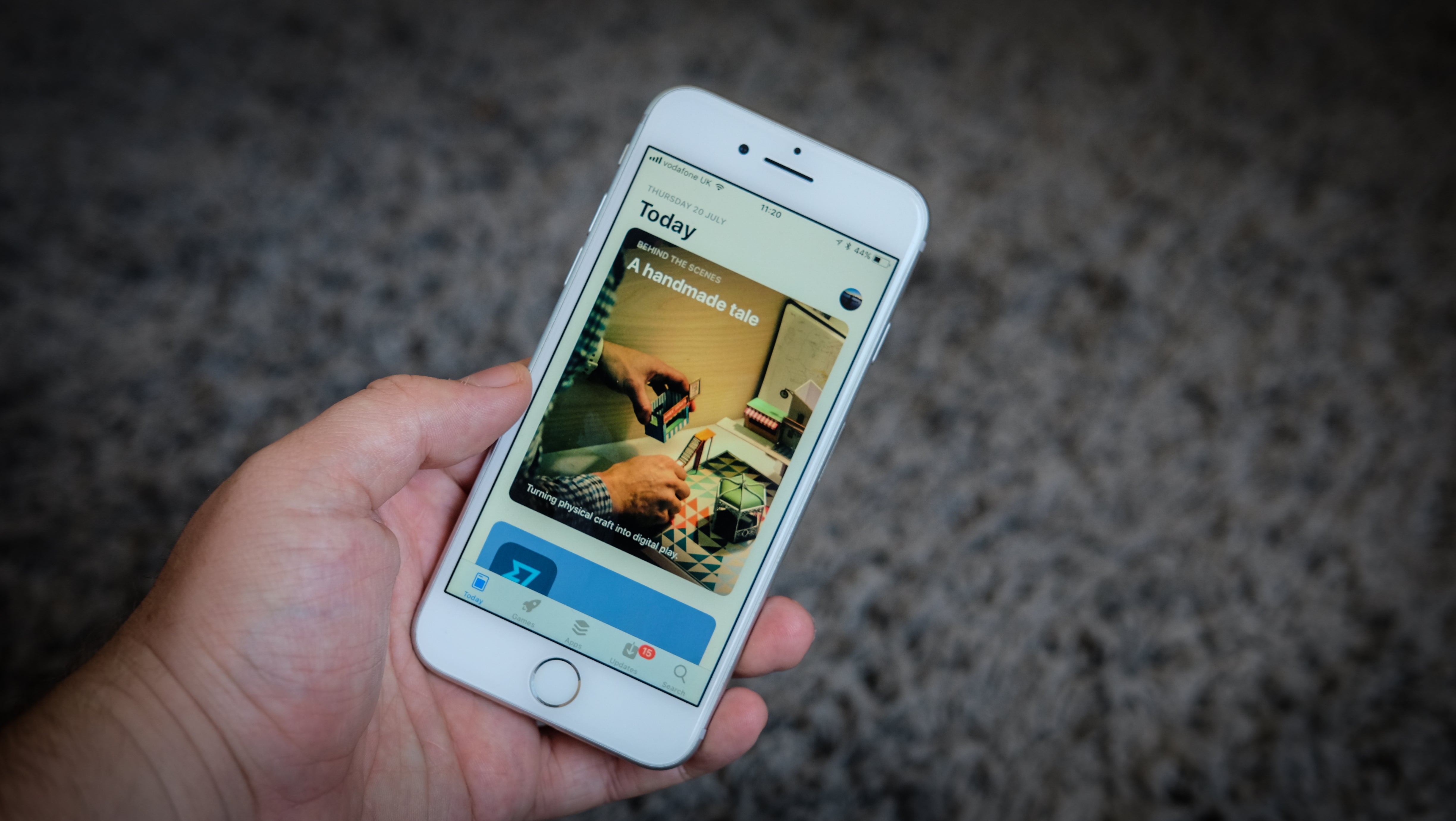 iOS 11 – The problem with notifications

The other design change you’ll notice as soon as you update to iOS 11 is the lockscreen. It doesn’t look any different, but it replaces the old notifications panel where messages sit. Swiping down from the homescreen will see the lockscreen appear, with your string of notifications in tow.

This feels like the single biggest disappointment with iOS 11. Notifications are a weak point of iOS and they continue to be so in iOS 11. It’s now more difficult to manually dismiss individual alerts and there’s still no system for grouping together notifications from a single app. If you suddenly receive an influx of WhatsApp messages, it will push everything else out of view.

Look past the headline additions in iOS 11 and you’ll probably notice some smaller tweaks. Siri, for instance, now has a more natural voice that sounds less robotic and more like an actual person.

Another big change is the format in which photos are saved. Previously, as with most phones, the camera saved your shots in the widely supported JPEG format. In iOS 11 , this has been switched to HEIF (High Efficiency Image File Format). The reason for this is simple: this new format takes up much less space. Using the HEIF format saves about 50% of the space taken up by a single picture, which makes a huge difference when you have thousands of pictures.

There’s been a similar move for videos, too, with the default format now HEVC (High Efficiency Video Codec) rather than H.264.

There will likely be compatibility issues with photos to begin, although apps such as Google Photos have already started to update to support the new formats. 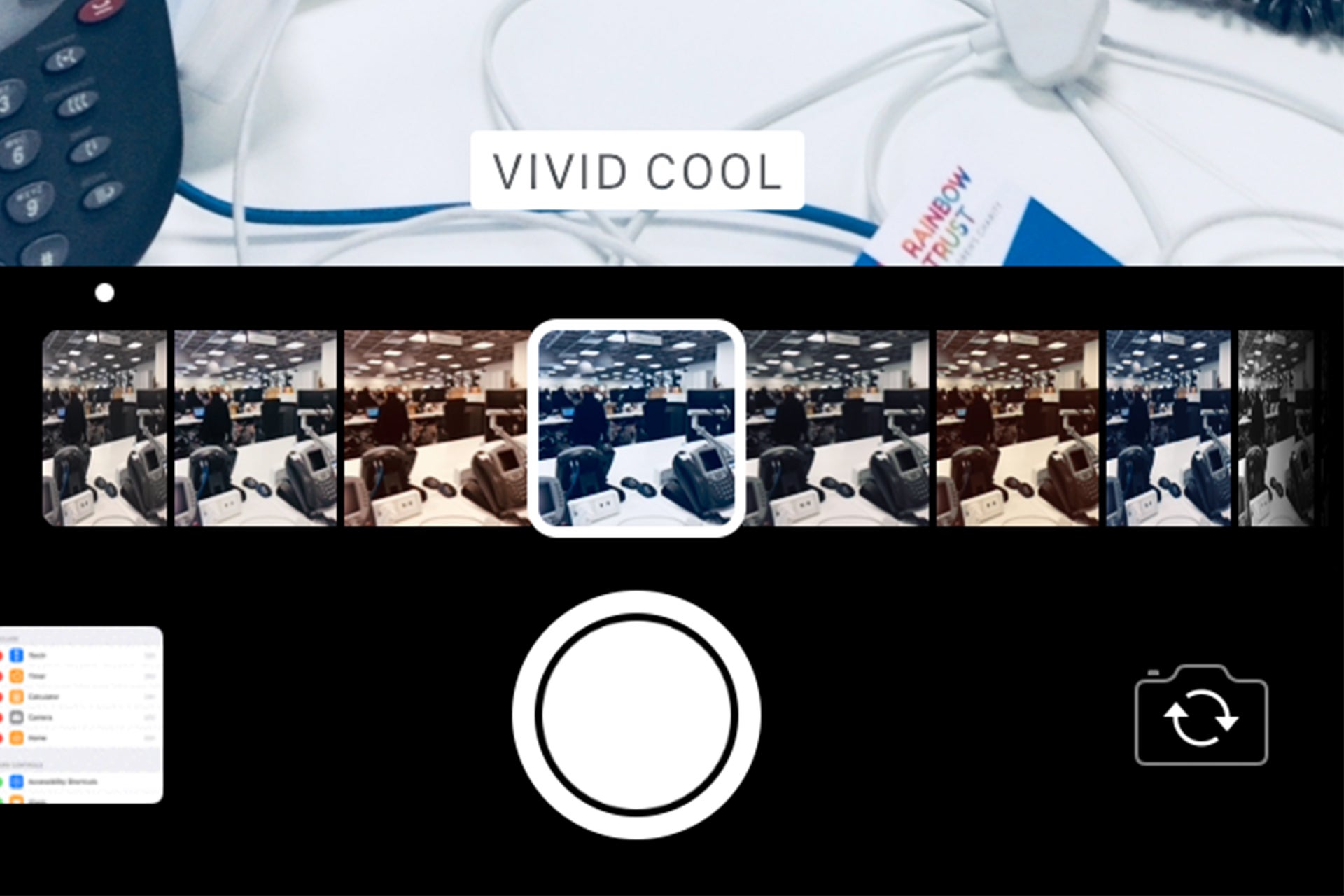 You can select filters without leaving the shutter

I you prefer the simple life and aren’t too fussed about saving space, it’s easy enough to switch back to the more familiar. Head into Settings > Camera, and switch to Most Compatible.

Finally, there’s ARKit. This caused quite a stir when it was first announced at WWDC, leading to many to believe that the iPhone X and iPhone 8 would both have quite a strong focus on augmented reality – and in some respects they do. However, Apple’s claim that these are the first phones built for augmented reality falls a bit flat when you consider that the Asus ZenFone AR is almost completely focused on AR. It’s hard to see the full power of ARKit yet, but I’ll update this review in the future when I hope to see more apps available that support it.

iOS 11 – Should I install right away?

iOS 11 is the update that the iPad has been waiting for. Although the new multitasking features along with drag and drop and improved Apple Pencil tricks won’t mark out the iPad as a laptop replacement for all, it will certainly make it a much more viable alternative.

I still believe Apple needs to work harder on notifications and freshening up the tired homescreen. But the changes to Control Center and the App Store at least indicate it has the ability to do so.

Whether or not you want to install iOS 11 right away is really up to you. Apple’s iOS releases don’t tend to suffer any truly game-breaking bugs, but there’s always the chance, and I haven’t encountered anything major using the final version on an iPhone 7, iPhone 6S and iPad Pro 10.5.

A huge step forward for the iPad, with an excellent set of features and improvements all over the place.