Injustice: Gods Among Us – Game Modes

NetherRealm’s single-player efforts don’t end with the story. Battles mode gives you a more conventional single-player mode with a series of fights to run through, but mixes it up by letting you choose to fight heroes or villains only, or fight with a range of conditions that unlock as you play. STARS Lab, meanwhile, is your classic challenge mode, but here the challenges are actually interesting, going beyond asking you to defeat enemies with specific combos to include matches where Superman has to find beams of sunlight to recharge his health or survive assault while being poisoned by Kryptonite. Throw in one of the more in-depth and effective tutorial modes around, and you can’t complain that Injustice lacks solo content. 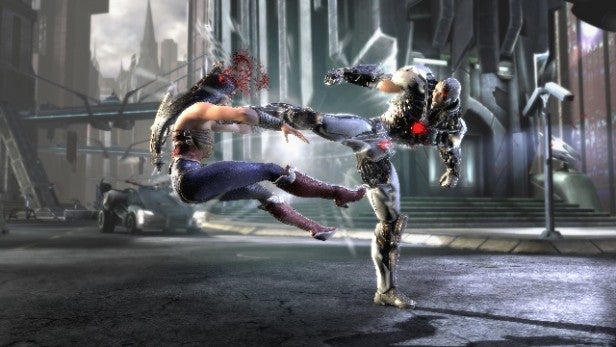 Yet fighting games survive long-term on their multiplayer options. Here Injustice delivers a classic versus mode and online play – the latter untested while we wait for the game to launch. Played mano-e-mano in the same room, it’s a brilliant game, offering just enough scope for button mashers to pull off the occasional victory, but also ample opportunity for skilled players to show off their exquisite timing and elegant combo strings. There’s an extensive line-up of classic DC heroes and villains, and there are enough different styles with differing strengths and weaknesses to keep things interesting and prevent any one character from dominating. Doomsday, for example, might be tough, but he can still fall prey to Catwoman’s high-speed strikes and combos. 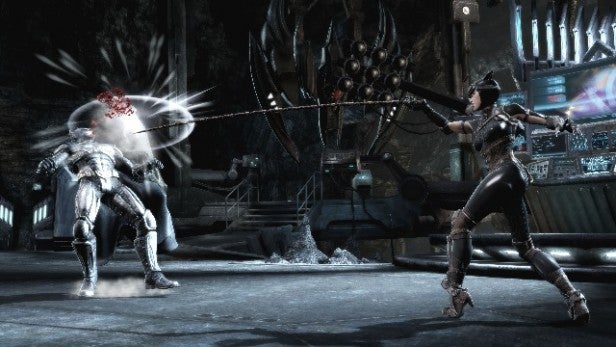 We’ll have to wait to get the measure of online play, but Mortal Kombat offered a reasonably smooth experience bar a few teething troubles, and Injustice retains the excellent King of the Hill mode where spectators can boo and cheer the combatants while they wait for their big chance to battle.

Injustice: Gods Among Us – Style and Presentation

Injustice is a fine fighting game, but it isn’t perfect. The most substantial issue is one of presentation. Most of the time it’s a slick, well-presented title, with an art-style that ties in nicely with the more realistic look we’re seeing in Batman: Arkham Asylum/Arkham City and the current Superman and Batman movies. However, the character design and animation isn’t as interesting or as convincing as in the RockSteady Batman games, and while the models look great in action, they don’t hold up so well in the length cut-scenes, where Batman frequently looks odd while Wonder Woman – despite a vast, heaving cleavage – looks a little manly around the face. For a game with such extensive cut-scenes this is a bit of an issue. It actually looks worse in the cinematics than in the actual play. 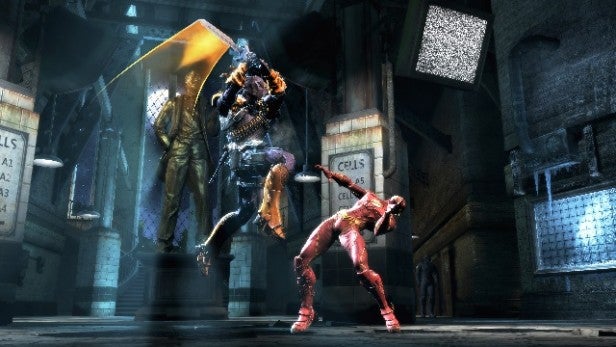 More subjectively, the fighting style won’t be to everyone’s taste. In Capcom or Namco’s beat-em-ups, moves seem to flow effortlessly into one another. Here, it’s all a bit staccato, requiring split-second timing and a real mastery of combo strings once you start fighting challenging opponents or reach the later stages of the single-player campaign. This isn’t necessarily a criticism, not something that will bother old-school Mortal Kombat aficionados, but it can take a while to acclimatise to. Injustice: Gods Among Us just has a different feel.

With Injustice, DC’s greatest heroes and villains finally have a fighting game worthy of them. There are some flaws in the presentation, and the feel is very different from Marvel vs Capcom 3 or Tekken, but it’s a big, generous package with a fantastic set of characters and some very interesting mechanics. Throw in the spectacular super attacks and you get a game that does justice to the Justice League while making the most of some of DC’s finest villains. If you want to see Batman stomp Superman or Catwoman grapple with Harley Quinn, then this is the beat-em-up to play.

Previous
Injustice: Gods Among Us Review