First Apple’s iPhone received the Retina treatment with the iPhone 4, then it was the iPad’s turn with the New iPad. And though the new MacBook Air didn’t get any love this time around, the Pro too received a screen with a resolution so high individual pixels are indistinguishable with the aptly-named MacBook Pro with Retina Display. We reckon the iMac is due a resolution upgrade next.

iMac 2012 with Retina Display
As we’re not seeing an iMac update to coincide with Ivy Bridge, it seems logical that there’s a good reason Apple is holding off, and Retina would be the most likely explanation. The only question is, with the fruity company already giving us a Full HD (1,920 x 1,080) resolution on the 21in iMac and a whopping 2,560 x 1,440 pixels on the 27in model, where are things going to go from here?

Panasonic has already revealed a 20.9in 4K monitor, which gives a Retina-matching PPI (pixels per inch) of 210PPI – compared to 220PPI for the Retina MacBook Pro. So that’s the smaller 2012 iMac sorted. 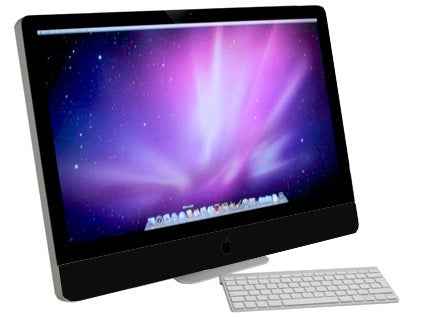 We’re not aware of any 27in panels with a resolution higher than what’s currently available, but ViewSonic has already announced a 31.5in 4k monitor, so it’s not beyond the realm of plausibility that Apple will upgrade the size of its largest iMac to match. However, this ‘only’ gives a PPI of 140, which seems a relatively small step up from the 112PPI of the current 27in iMac.

The other problems are cost and processing power. Most of the 4k displays coming to market cost in the thousands if not tens of thousands of pounds, and the amount of processing power required to drive an eight-million pixel display is considerable.

iMac 2012 Specs
Of course, it’s also possible that – as with the Air – Apple will do a relatively minor refresh this time around. Naturally, the next iMac would sport an Intel Ivy Bridge processor, and going by the latest MacBook Pro range getting Nvidia graphics we wouldn’t be surprised to see the same in Apple’s desktop machines.

We’ve heard rumours that at least one of the iMacs would sport a quad-core Intel Core i7-3770 running at 3.4GHz with a Turbo Clock of 3.9GHz and support for eight virtual cores, which would make it a bit of a speed demon. 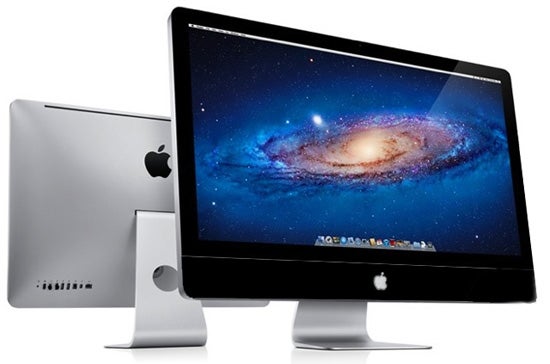 iMac 2012 Design
The sleek, aluminium chassis are unlikely to change much, since Apple isn’t in the habit of fixing what ain’t broke. If we’re being wishful, we’d like to see height adjustment like HP manages on its Z1 all-in-one PC, but that probably won’t be happening.

USB 3.0 will put in an appearance though, as it has done on the MacBook laptop range. However, Thunderbolt isn’t quite the rarity on premium desktop PCs that it is on laptops, so the USB 3.0/Thunderbolt combo won’t give the 2012 iMac the edge over rivals it gave the MacBook Pro with Retina Display.

iMac 2012 Touch
Another new feature that might be making its way to the 2012 iMac with Retina is touch. This may seem like a bit of a gimmick, but it’s becoming an integral part of the way we interact even with PCs. However, it seems unlikely Apple would bring it to its desktop range before applying it to its laptop family.

Can you think of any bits you think the new iMac will have or that you would like to see? Let us know in the comments.