What is the Huawei P8 Lite?

Huawei needs to get its naming conventions in order. While its premium line of “P” phones gets a new number every year (we’re now up to P10), the P8 Lite keeps its name despite being an entirely new phone in the Lite range. Even more bonkers is that it’s actually a new, more expensive device than the P9 Lite. Confused? Us too.

Away from the peculiar naming convention, the P8 Lite is a decent budget handset that takes on the likes of the Motorola Moto G4 while managing a premium-looking design and adequate performance.

The P8 Lite is available for £149 SIM-free from Vodafone, although your device will be locked to the network operator. You can also pick up a handset from third-party sellers on Amazon for around £170. Note that availability is wildly inconsistent, so it’s hard to imagine that you’d even find a P8 Lite unless you’re with Vodafone. Hopefully stock will begin appearing as the year wears on. 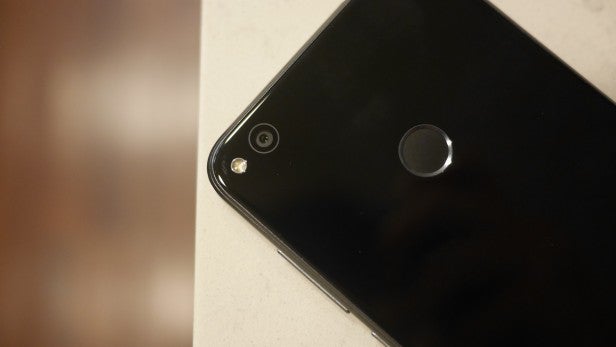 I’m a huge fan of the P8 Lite’s design. It has a smooth, curved composition that isn’t entirely dissimilar to the more expensive Samsung Galaxy A5. Its 5.2-inch frame is comfortable to hold, and it looks attractive. Flip the device over to see the completely glass back, which is very Google Pixel.

There’s no physical home button on the front, but you still get a fingerprint scanner in Huawei’s favoured, rear-facing position. Whether you prefer this will be down to how you use your phone; personally I favour a front-facing scanner, especially when there are no screen-off gestures to enable you to check notifications without pressing the standby button. Others like the placement on the rear since it’s naturally where their index finger rests when picking up the phone.

In the top-left corner you’ll find the camera lens and flash. The lens sits behind the protective rear glass, while the flash is protected by a super-slim ring of silver plastic.

On the front, the phone is uncomplicated. A Huawei logo sits on the bottom portion of the bezel, while the left and right sides of the bezel are nice and thin, further assisting this phone’s svelte design. At the top there’s the front-facing camera, earpiece and LED notification light, which is always welcome.

Volume and standby buttons sit on the right of the handset. If I were to be fussy, which I am, I’d say the buttons are weirdly slippery and hard to grip when you’re trying to change volume or wake the phone.

The dual-SIM slot is also on the right. Instead of rocking two SIM cards, the 16GB of built-in storage can be expanded to 256GB with the addition of a microSD card. It appears a little stingy not include at least 32GB of storage, but SD card support does ease the pain slightly. 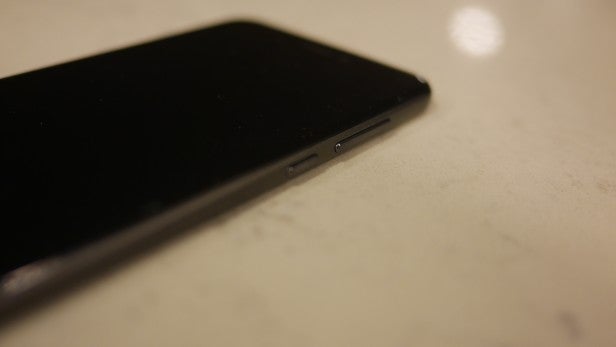 There’s a Micro USB charging port on the bottom, which is starting to look a tad old-fashioned in 2017, although not a rarity on budget phones, and a 3.5mm headset jack on the top.

All in all, the P8 Lite offers decent design for a budget phone and definitely feels far more expensive than it actually is.

Annoyingly, that sheen wears off fairly quickly: the rear of the device picks up scratches shockingly easily. In particular, the rear corners suffered irreparable marks following only a few days of use. What’s more, that glass back makes the phone very slippery on uneven surfaces. On more than one occasion the device found itself sliding towards a hard floor before I caught it.

Internally, the P8 Lite features all the mod-cons you’d expect, including NFC and Bluetooth 4.1. Note, however, that the Wi-Fi radio is only rated up to old-world N standard, not AC. This means the device won’t see higher-speed 5GHz networks and thus will be incapable of delivering scintillating download speeds. Although not a given on a phone this cheap, it would have been a nice inclusion.

The P8 Lite features an acceptable screen for the money, being equipped with a 5.2-inch Full HD display with IPS technology. Vibrant colours looks fine, if nothing special – but the screen has one party piece: it can go ridiculously bright when need be. You’ll have no problem using this device on a bright day; the blindingly bright screen genuinely gives the sun a run for its money.

The screen’s colour tint can be adjusted using Warm and Cold settings, and you can also give it a tinge of whatever colour you want. It’s a weird addition and I’m not sure how useful it is, but I’m sure someone, somewhere, will appreciate whites with a tinge of purple or lime green.

You can configure the screen to light up when you receive a notification, plus the coloured LED notification light pulses with new notifications. Depending on the app, you’ll be able to choose which colour this LED flashes on receiving a new notification. 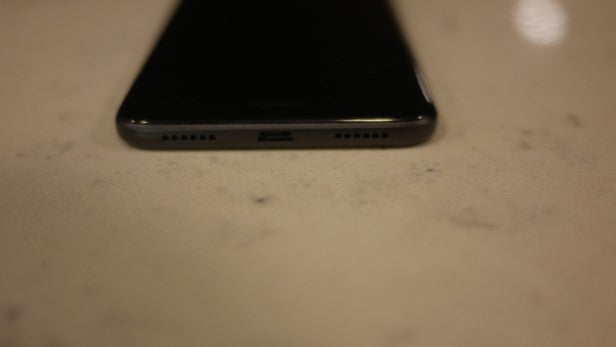 The P8 Lite is powered by a HiSilicon Kirin 655 processor. This is an eight-core chip with four high-speed cores and four low-power cores for background tasks. It’s accompanied by 3GB of RAM, which is par for the course.

Considering the price of the P8 Lite, and if you rein in your usage a little, performance is acceptable. If upgrading from an older, budget phone, the P8 Lite is likely to feel fairly nippy. However, if you’re downgrading then you’ll notice the second-long pauses as you open apps, stuttering as media-heavy apps load, and occasional fits and starts when you weren’t doing anything particularly intensive.

My first two days with the P8 Lite were very poor indeed, but after those first 48 hours performance improved markedly. I can’t say why, but it was most welcome.

For fans of benchmarks, it scored 56,213 in the AnTuTu benchmark, which is a little less than you’d expect from a mid-range phone. At its £150 Vodafone price, this is fine. But as you get closer to the £200 mark, devices such as the Lenovo P2 and Moto G4 put it into the shade.

The P8 Lite runs Android 7 “Nougat”, which is the latest version of the OS. Running atop Android 7 is Huawei’s own Emotion UI. You’ll have likely read reviewers complaining about EMUI in the past, but I can happily say that the latest version, 5 offers a huge improvement on what’s come before. Huawei has gradually loosened its grip on the OS, letting you change more options than ever before. This includes the addition of an app drawer, lots of homescreen and notification pane customisation, and all the best bits of Android 7 – including better notifications.

There’s a built-in small-hand-friendly floating button that mimics the Back, Overview and Home buttons at the bottom of the screen, and weirdly has a shortcut to close all the apps currently running on your phone. You can move the button around the screen to wherever is most convenient for your thumbs.

The worst part of EMUI is its insistence that all the apps on your phone are consuming huge amounts of battery power. It constantly popped up warnings that the likes of WhatsApp, Facebook, Spotify and The Guardian were consuming lots of power in the background. These can be turned off, but only for individual apps. It’s a real faff, though. 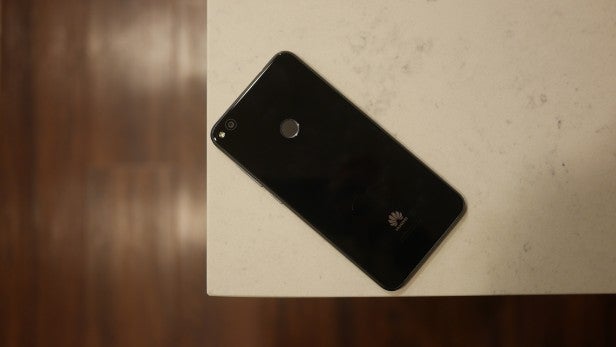 The P8 Lite’s speakers are found on the bottom of the device, either side of the micro-USB port. They’re not brilliant and don’t really do justice to music or video. They’re fine for speech, but you’ll definitely want headphones or external speakers if you want to pump out some tunes.

One thing to do before you start listening to music is go into audio settings and switch off “Headset SWS effect”: it’s awful, and adds lots of muddy bass for no good reason. Turn it off, however, and you’ll get your music the way the artist actually intended.

The microphone is loud and clear, and voice calls were conducted without incident.