Huawei has made some of our favourite low-cost Android phones in the past. That’s because the company knows how to pack-in plenty of features at a great price. The Huawei Ascend G350 is its latest budget hero and although not a specs powerhouse, it does come with some serious waterproofing credibility.

Making a low-cost phone like the Huawei Ascend G350 generally revolves around adding a bit of texture here, an extra line or two there; you certainly won’t find flashy materials here. 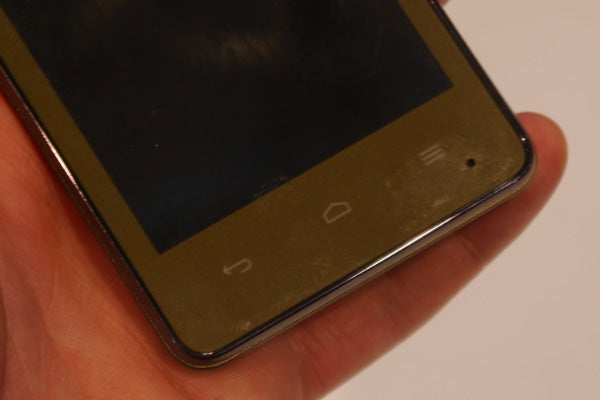 The Huawei Ascend G350 has plastic bodywork, and its little design tweaks are an embossed texture on the sides of the handset, and a series of colourful bodies. Huawei showed off a khaki green model at MWC 2013, and we think they couldn’t really have made a worse choice. The murky-looking shade underplays quite how good the texturing could look. 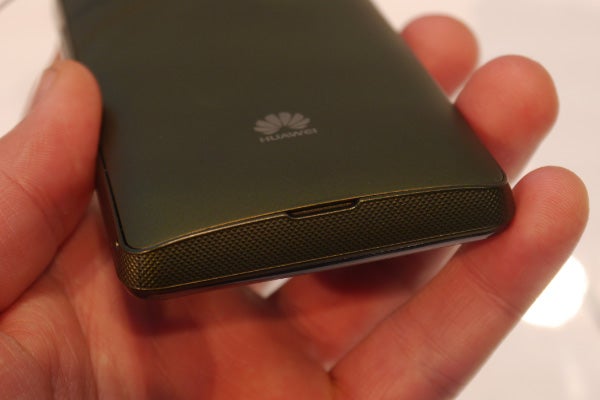 Huawei says the company hasn’t quite decided which shades to ship, but it says this green and a red/black combo will definitely be among them.

The red/black Huawei Ascend G350 was on show too, but was dumped into the world’s least convenient phone case, a fish bowl, to show off the phone’s coolest feature. 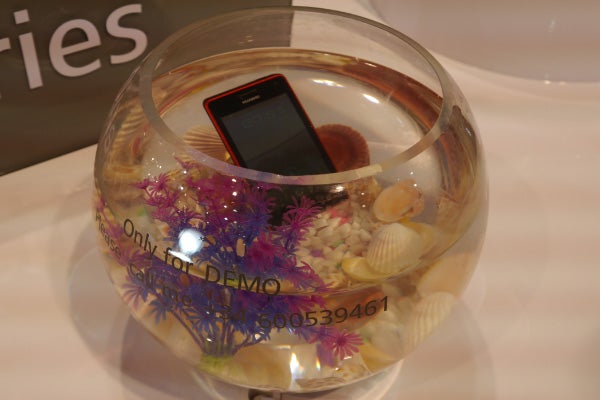 The Huawei Ascend G350 offers IP68 weatherproofing certification. This means the phone can be immersed in water beyond 1m deep, in addition to which it’s also completely dust-proof. This should light up the eyes of anyone who has killed a phone by taking it out during a fierce bout of rain or dropped it in a puddle.

To get this impressive level of hardiness, the Ascend G350 uses rubber-sealed flaps that cover the outer sockets – the 3.5mm headphone jack and microUSB power socket. It’s not exactly that impressive tech-wise and stops working when, say, you have your earphones plugged-in, but that it doesn’t really affect how the phone looks much shows how far we’ve come from the bulbous waterproof phones of a few years ago. 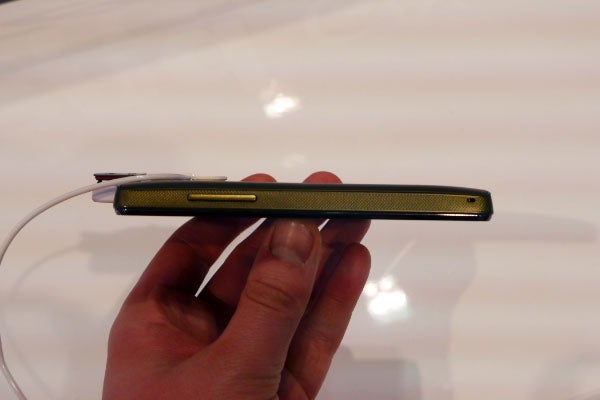 The only way your pay is with a bit of extra thickness – the Huawei Ascend G350 is around 12mm thick.

The Huawei Ascend G350 comes with a 4-inch screen. This size of display offers a great compromise between pocketability and usability. Typing is pretty comfortable too. 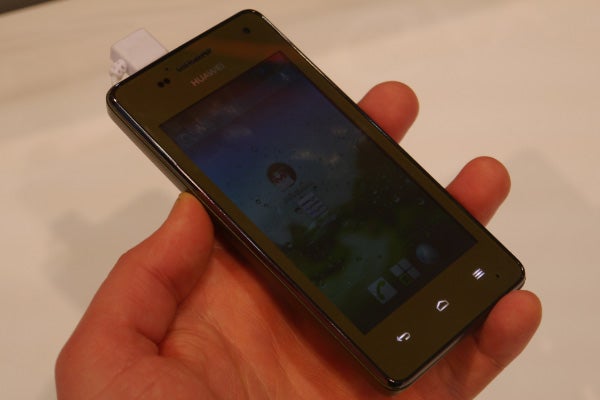 It doesn’t really represent a step up from the last model, though. And with 800 x 480 pixel resolution, the pixels aren’t dense enough to give that “you can’t see the pixels” effect of the iPhone 5. However, it’s not desperately pixellated like some of Samsung’s budget Androids and with an IPS panel viewing angles are decent – albeit with some significant loss of brightness. Top brightness wasn’t too great either, although this effect was magnified by the harsh lighting of a tech show floor.

The Huawei Ascend G350 features version 4.1 Jelly Bean of Android. Crucially, this features the Project Butter speed optimisations – some of the most important changes made to Android in a long, long time. 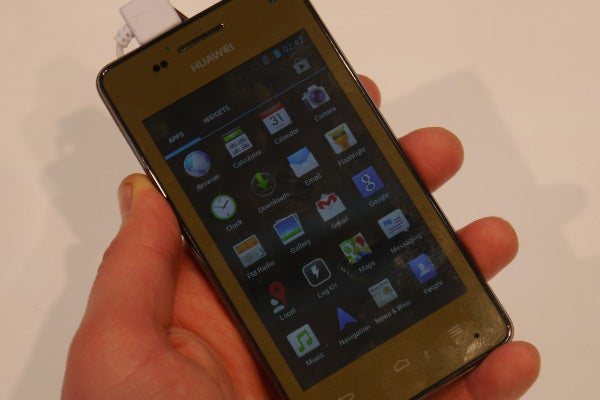 Despite the fairly low-grade dual-core 1GHz processor, performance was decent.

Huawei’s spokesperson said that the Huawei Ascend G350 may well feature the custom Emotion UI, but the model on show featured a much easier-going interface. Emotion 1.6 gets rid of the separate apps menu, bunging everything onto your home screens instead. Here, the two-part standard structure of Android was in place. If we’re honest, we’d prefer it if Huawei stuck to using a near-stock version of Android.

Like its predecessor the Ascend G330, the Huawei Ascend G350 has a 5-megapixel main camera and a VGA video call sensor on the front. Also like the G330, the camera is a little slow to respond, with significant shutter lag. There is a LED flash, but it’s obscured in our photos. 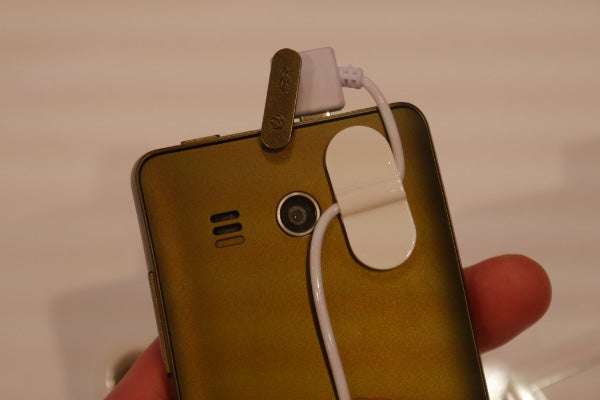 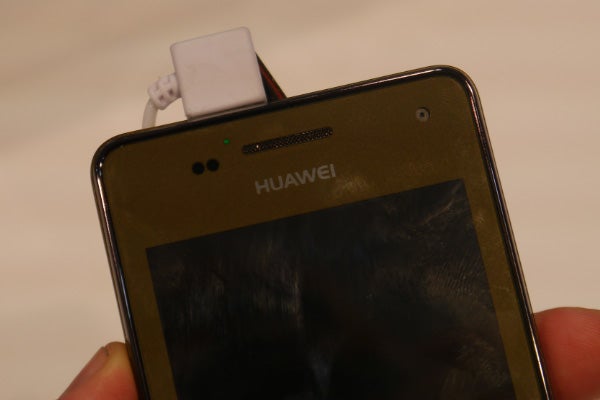 The Huawei Ascend G350 is barely an upgrade over its predecessor specs-wise, but its IP68 certification will win it a few fans. We wish Huawei had shown a handset that wasn’t murky green in hue, but with the right shade this could become one of the better-looking, affordable ruggedized Android phones. We’ll look forward to giving the camera a proper test in our full review.