HTC’s Explorer isn’t aimed at those looking for a phone with the fastest processor and highest resolution screen. Instead it’s an entry level model with an attractive price tag that’s designed to tempt people who have been using feature phones to make the jump to a full-on smartphone.

When you take the Explorer out of its box the first thing that you notice is its small size. It stands just 103mm tall, which is tiny in comparison to the likes of the HTC Sensation XL, which dwarfs it at 132.5mm. As a result it’s hardly noticeably when you tuck it away in a pocket. 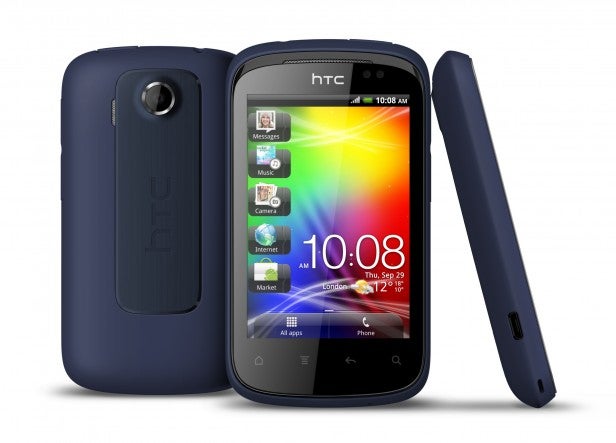 The other striking thing about the phone is its build quality. Whereas Samsung and LG have struggled to give even their high-end phones an air of robustness, HTC seems to be effortlessly able to pull off this trick even when it comes to its budget smartphone offerings. The Explorer really does feel like it’s solidly put together with its rubberised finish giving it a tough air and helping it feel like it isn’t going to smash into smithereens the first time you drop it.

The top is of the phone is home to a standard 3.5mm headphone jack. However, HTC doesn’t include any headphones in the box – an arguably sensible move considering the quality of headphones bundled with most cheap phones. The top also houses the power button that doubles up as a lock switch, while on the left hand side you’ll find the microUSB port and on the right a volume rocker switch. Naturally, the screen takes up most of the front of the phone, but across the bottom there are the four standard Android touch buttons for home, menu, back and search. All in all, it’s a neat package.

However, when it comes to the raw specification, the Explorer doesn’t look all that good on paper. It uses a processor that’s clocked at just 600Mhz and there’s only 512MB of memory. It does have a microSD card slot that can accept cards of up to 32GB in size – and Vodafone includes a 2GB card as part of its package – but clearly this isn’t a speed demon. 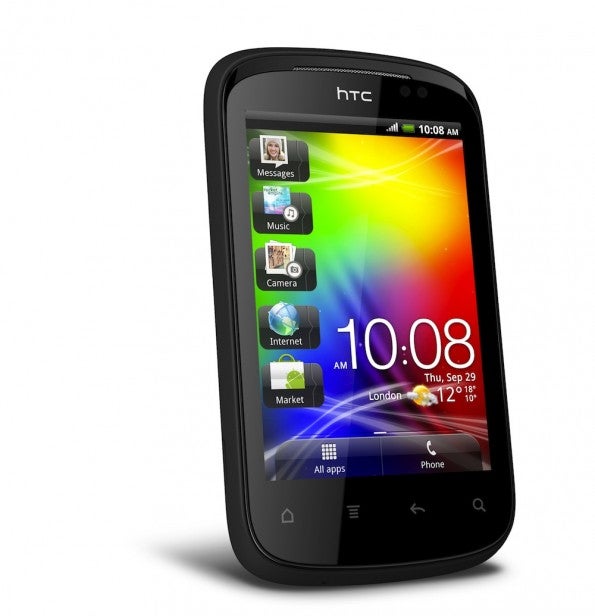 The HTC Explorer’s 3.2inch screen has a resolution of 320×480 pixels, which is pretty much identical to that of the HTC Wildfire S. The screen is nice and bright and although colours aren’t quite as strong and vivid as on the displays on HTC’s higher-end handsets, videos and pictures still look pretty vibrant. The small screen size also helps to keep images looking sharp, despite the display’s rather lowly resolution. However, when it comes to text on websites things are a little bit more problematic, as the limited screen size does hamper the browsing experience a bit. Zoomed out text on most sites is completely unreadable and you have to zoom in to slightly awkward levels to get a comfortable text size for normal reading. Also, the small screen can make text entry a little bit tricky, especially when you’re using the keyboard in portrait mode.

The phone runs Android V2.3 Gingerbread, but HTC has added its Sense user enhancements over the top. For example, instead of the standard Android lock screen, when you go to unlock the phone you have to drag a circle from the bottom of the screen towards the centre. There are also shortcuts for stuff like the dialer, email app, camera and messaging app, that you can launch directly from the home screen by dragging them into this circle, which is quite neat.

The version of Sense used here has been cut down a little bit, though, and is mainly missing the 3D animations of faster handsets. This is a perfectly understandable and almost laudable move as this takes the strain off this phone’s lower grade processor. Nevertheless, most of the other main features are present including great social networking integration. 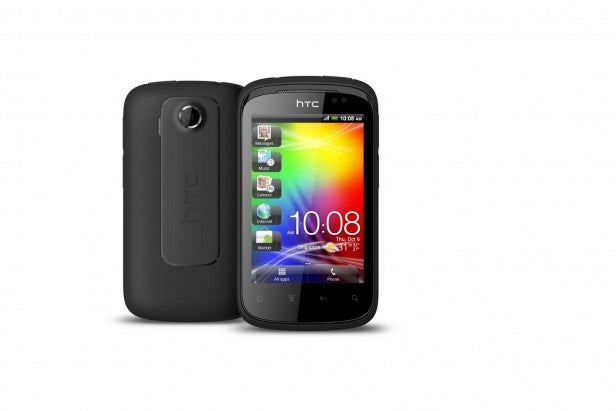 The 600mhz clock speed of the processor would suggest that the Explorer would feel quite sluggish, but thankfully it’s a much better performer than we expected. We wouldn’t exactly say it rollicks along, but things keep ticking over at a fairly fluid pace, even when you’ve got a few applications running at the same time.

Camera’s have never exactly been a strong point of HTC phones, as even the shooters on the company’s high-end models tend to be pretty average performers. Unfortunately the fixed focus 3.0Megapixel snapper used on this phone is pretty poor even by the company’s not so high standards. Colour accuracy isn’t great, and shots lack detail as they tend towards the smeary end of the sharpness spectrum. The camera also usually adds a lot of noise into pictures when it’s faced with even slightly dimly lit conditions – something which isn’t helped by the camera’s lack of a flash.

The slower processor and smaller screen do seem to have an advantage when it comes to battery life, however. Whereas most of today’s smartphones last for around a day to a day and a half on a single charge, we managed to get around two days out of the Explorer for a mix of calls, music listening and webbrowsing/emailing, which is pretty impressive. The quality of voice calls was also very good during our test period – the earpiece is loud, while the mic doesn’t seem to be overly directional.

Verdict
If you’ve owned an Android phone before, the chances are that the Explorer is not really going to appeal, as its specification is too basic. However, if you’re looking for handset that would serve as a sensible first dip into the world of smartphones, then the Explorer’s good build quality and neat Sense user interface makes it a good, if not exactly spectacular, option. 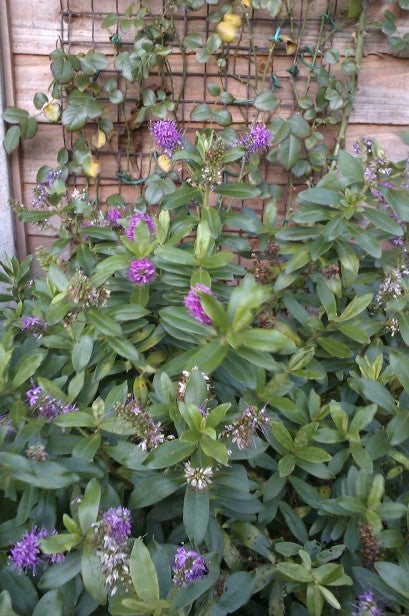 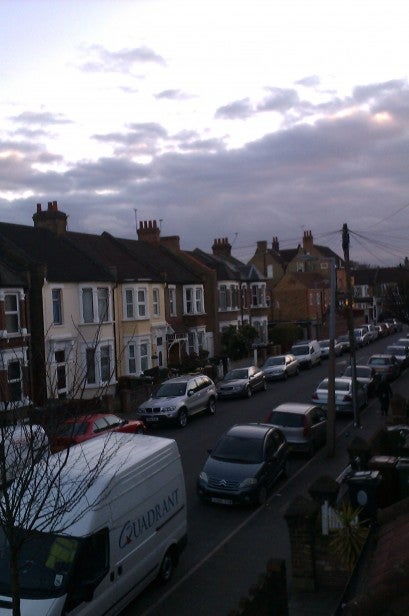