It’s pleasing to see HTC maintain largely the same UI experience throughout its line of handsets, with the Desire 816 running the new Sense 6 overlay on top of Android 4.4.2 KitKat. It’s not Android 4.4.3, though, and we have no word on if/when one could appear.

Much like the One Mini 2, you will have to make some compromises here with the Desire 816 missing out on Sense TV thanks to the lack of a an IR blaster, HTC Zoe video and shooting modes and a series of gesture controls that quite frankly most will be able to live without. In fact, most of the omissions will not adversely affect enjoying the still slick, fluid operating system.

What is carried over are the software keys, replacing the hardware buttons, that require a swipe up from the screen to reveal them, and the improved Blinkfeed is still the focal point. It combines all of your social feeds, news and calendar appointments into a single feed, which sounds like the perfect all in one solution. But it’s a feature that’s going to divide; we’d lean more towards swiping left to see Google Now as, while it doesn’t pull in social feeds, it does present important information in a more digestible and intuitive way.

Apps are largely the same you’d find on the One Mini 2, including HTC’s dedicated software for using the phone in the car for navigation, a Parent dashboard, Polaris Office 5 and the HTC music application. Most are likely to bypass most of these in favour of Google’s own native applications, most of which are on board.

The 8GB of built-in storage doesn’t leave much space for apps, but the microSD slot makes up for that. 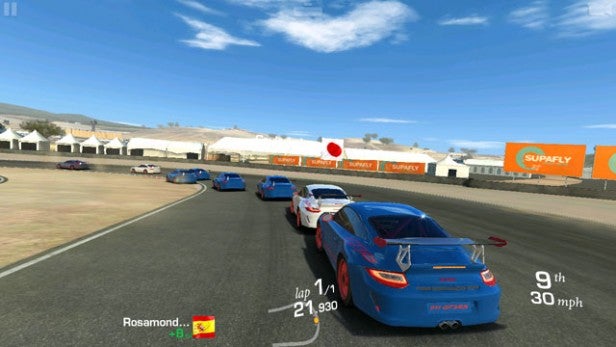 The Desire 816 is powered by a 1.6GHz Qualcomm Snapdragon 400 quad-core CPU with 1.5GB RAM and the same Adreno 305 GPU found inside the One Mini 2. While its all undeniably mid-range, it’s fast enough to keep things running smoothly with very few signs of a struggle.

It does miss out on the Motion Launch processor and the Snapdragon 801 CPU featured in the One M8, although most will be able to live without the benefits of a dedicated processor for tracking movement. It handles gaming like Real Racing 3 with few problems and doesn’t strain when running multiple apps.

For reference, in the Geekbench 3 benchmark it scores 1,111 in the multi-core test, which is in the same ball park as the Moto G (1,155) and the One Mini 2 (1,120). That’s no real surprise when you realise how similar the specs are and in all instances it’s the ideal amount of power needed for the Desire 816 to cope with most tasks. 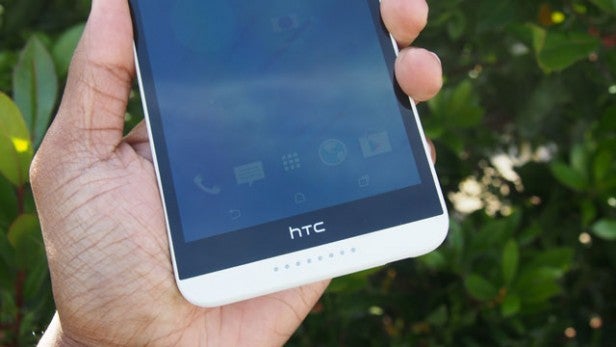 The good news is that the front-facing Boomsound stereo speakers included with the One M8 and the One Mini 2 are present, so there’s no sound muffling issues here and they are still head and shoulders above other smartphone speakers for listening to music or watching a film.

They are by no means perfect and sound a tad erratic at the top-end, but for power, loudness, bass response and richness they offer satisfying audio and are without doubt a standout feature for the Desire 816.