The ZBook is kitted out with work-friendly components. The Core i7-4910MQ is a beast of a processor with four Hyper-Threaded cores and a 2.9GHz clock that can use Turbo Boost to run one of its cores at 3.9GHz – faster than the chips inside all three competitors. It’s paired with a mighty 16GB of RAM.

The powerful components helped the ZBook score 13,995 points in Geekbench. That’s better than every rival: the nearest challenger, the Dell M6800, managed 13,418. In PC Mark 7 the HP scored 5,849 – again, better than every competitor.

Graphical grunt comes from the Nvidia Quadro K2100M. It’s a middling part from mobile range, and its discrete power isn’t the only attractive aspect of this chip – it’s also certified to work properly with professional applications. 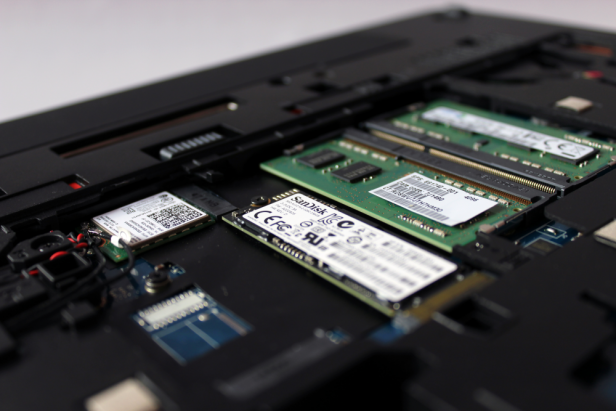 The K2100M scored 1,700 points in Fire Strike – 3D Mark’s toughest test. It’s enough power to help this machine swat aside graphical software, but more grunt can be found inside other laptops: the Toshiba’s AMD Radeon GPU is a tad faster, and the Dell Preicsion M6800 scored a whopping 5,208 thanks to its Quadro K3100M core.

The 256GB SanDisk A110 SSD means there’s not a huge amount of room for large applications of files, but the drive makes up for its lack of space with impressive speed. Its sequential read and write speeds of 692MB/s and 411MB/s easily beat the SSD inside the Dell Precision M3800, and it’s even further ahead of the hard disks inside the Dell M6800 and Toshiba laptops.

The SSD doesn’t just provide good benchmark results – it has practical purpose. Application loading times are far quicker than when they’re installed to a hard disk, and the 17s boot time is excellent.

HP has kitted this machine out with a high-end processor and a mid-range graphics chip, and the difference between the chips was illustrated during thermal benchmarks.

We had no issues with the graphics core, which topped out at 75 degrees – toasty, but not worrying. The processor, conversely, reached a temperature of 99 degrees when stress-tested. That bumps up against the point at which the chip will throttle and reduce its performance or become unstable, and in our tests the i7-4910MQ couldn’t use Turbo Boost – instead, it stuck at 2.9GHz. 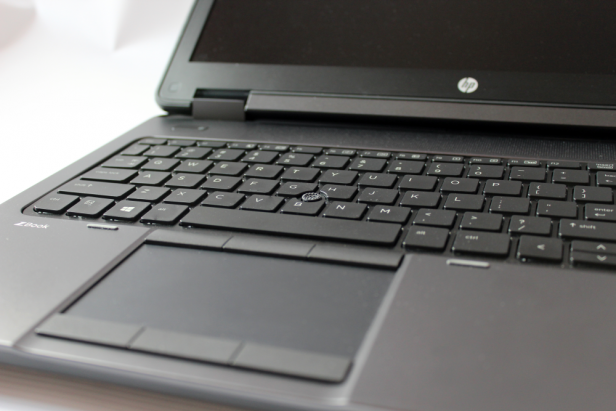 The high processor temperature matches the performance of the Dell Precision M3800, but the larger M6800 kept far cooler.

It’s worth keeping an eye on the processor, especially if you opt for the powerful i7-4910MQ, but it’s not all bad news. The chip will only ascend to those temperatures if you run it at peak for long periods, and the noise isn’t bad – we prefer the HP’s quiet whine to the Toshiba’s undulating racket or the Dell M3800’s irritating noise.

The HP handles heat dissipation well, with hot air vented through the sides and rear. That means it’s possible to use this machine on a lap without it becoming uncomfortable. It also didn’t give us any headaches in less demanding tests, where it was virtually silent.

The ZBook comes with a removable 83Wh battery that lasted for four hours and 25 minutes in our standard test, which runs basic work tasks with the screen at 40% brightness.

Used as our main laptop for the review period
Tested for at least a week
Used consistent benchmarks for fair comparisons with other laptops
Reviewed using respected industry benchmarks and real world use
Previous
HP ZBook 15 G2 Review Next
Keyboard, Trackpad, Configuration Options and Verdict Review