Ultrabooks are fine for writing and web browsing, but they’re not suited to serious work. That’s where workstations come in – and HP’s latest ZBook aims to shake up the market with some serious power.

Its Core i7-4910MQ processor is the beefiest laptop chip we’ve seen recently, and it’s paired with Nvidia Quadro graphics – a part specifically designed for the rigours of work.

The ZBook is sturdy and well-built, but it’s no looker. Exposed screws around the rear hint at the workmanlike design, and the interior is coated with plain, dark-grey metal. The lid is bordered with more mundanity and dominated by brushed metal, and the words “Hewlett Packard” are etched along the hinge.

It’s not bad looking, but even workstations are upping their game when it comes to design. The Dell Precision M3800 shares its metal-ringed, matte-black body with the gorgeous XPS 15, and Dell’s Precision M6800 is larger but stands out with a rock-solid red design. Even the cheaper Toshiba Satellite P50T-B-10K is finished with aluminium. 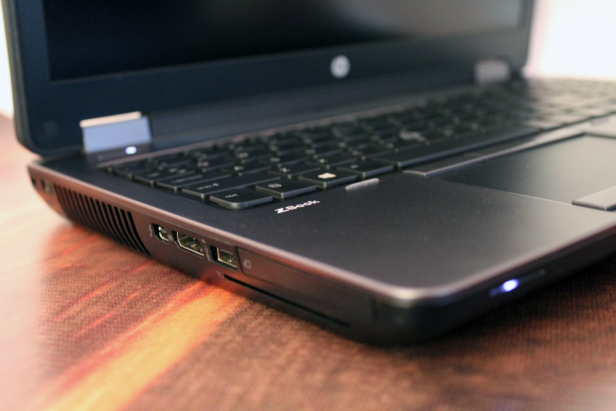 The ZBook isn’t slim or light, either: it tips the scales at 2.8kg, and it’s 40mm thick. That’s almost a kilo lighter than the mighty Dell M6800, but far bigger than other rivals. The Dell M3800 is 17mm thick and weighs less than 2kg, with the Toshiba falling in between the Dell and the HP.

It’s strong, at least. There’s virtually no give in the base or around the keyboard and trackpad, and the screen is stronger than most laptop panels. It’s sturdier than the Toshiba and on a par with the Dell M3800, but the Dell M6800 – which is heavier and has MIL-STD-810G testing – is tougher still.

HP hasn’t built a slim or light laptop but at least it’s made a practical portable. Four USB 3.0 ports are scattered around the exterior, there’s a Blu-ray drive and a Thunderbolt port – handy for connecting to Apple-friendly peripherals. The SDXC card slot is accompanied by ExpressCard/54 and Secure Digital slots, and there are DisplayPort and D-SUB outputs. It’s a better port selection than any rival, and it doesn’t stop there – on the base there’s a connection for a docking station, and up top there’s a fingerprint reader. The inside is no less accommodating. There’s Gigabit Ethernet and dual-band 802.11ac wireless, and good internal access. The base panel slides off with the removal of only one screw, and it gives access to both memory slots, a spare 2.5in drive bay and a vacant M.2 socket that accepts 42mm drives. The occupied M.2 and wireless slots are already accessible, and the battery is removable.

HP has opted for a super-high 3,200 x 1,800 resolution for the ZBook. It’s a double-edged sword: it means there’s ample desktop real-estate for work, and images and text are pin-sharp as long as they’re properly supported.

Sadly, proper support is still tricky for many Windows applications. Third-party software often just can’t cope with the extra pixels; some tools make text too small, other applications blow page furniture up so it looks blurred, and others just get confused entirely and suffer from overlapping features and other bugs.

It’s a mixed bag on Windows, too. Our sample has Windows 7 on-board, and it’s just not in tune with high-resolution screens: by default its 125% scaling is still too small for our liking, and its top option – 150% scaling – still requires a fair bit of squinting. Windows 8.1 copes with far more aplomb, but both versions of the OS will be hampered if third-party tools you require aren’t going to cope. 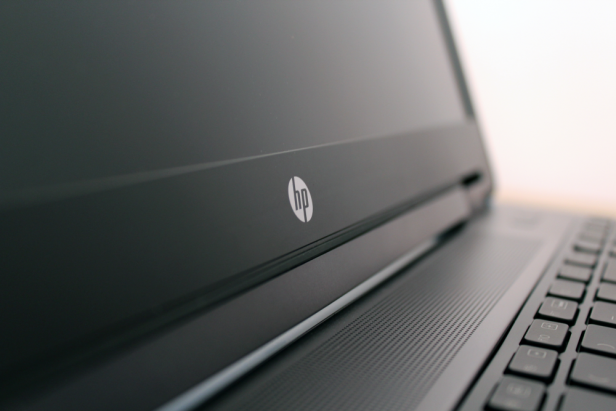 It’s a similar approach taken by Dell in its M3800 and Toshiba in its Satellite P50T-B-10K, which are both available with 4K screens.

The screen delivered mixed quality. The brightness level of 248 nits is fine, especially when combined with the matte screen and the contrast ratio of 1,127:1 – the latter figure is on par with anything else in this category, and it means the HP’s screen has the brightness and range to work under harsh office lights.

The Delta E of 3.73 beats the Dell M3800, but other rivals have superior colour accuracy. The Precision M6800 and Toshiba had stonking colour accuracy figures of 1.26 and 1.74. The HP’s colour temperature of 7,721K is colder than both of those machines.

The speakers have reasonable volume, but that’s their only impressive attribute. There’s a bit of bass, but it’s hampered by the tinny high-end. They’re passable for audio, but media laptops have far better kit.