In the past, HP’s Envy brand could be considered one of its more premium laptop offerings, but it’s since been supplanted by the more outlandish Spectre series, such as the HP Spectre 13. As such, the HP Envy 15-as001na sits very much in the mid-range.

That’s not to say it hasn’t got some premium sensibilities, though, such as its all-metal and relatively svelte body, nor does it lack some respectable specifications as an everyday workhorse.

The £799 model I reviewed also has some impressive specs, including an Intel Core i7-6500U. There are some shortcomings, though, such as its lacklustre screen. All this makes the HP Envy 15 a mixed bag.

The HP Envy 15 is available in different configurations denoted by its longer model name. The model on test here is the Envy 15-as001na and shouldn’t be confused with the much cheaper Envy 15-ah150sa. The latter uses an AMD A10-8700P APU and comes with a mechanical 2TB hard disk. It lacks the premium styling as you would expect and is an altogether very different laptop.

The HP Envy 15 weighs 1.93kg and is 17.9mm thick, so while it’s not the heaviest of laptops, you’ll definitely notice it if you keep it with you at all times. If you’re after something lighter, a 13-inch machine, such as one of the lower-end Dell XPS 13s, would be a better fit. 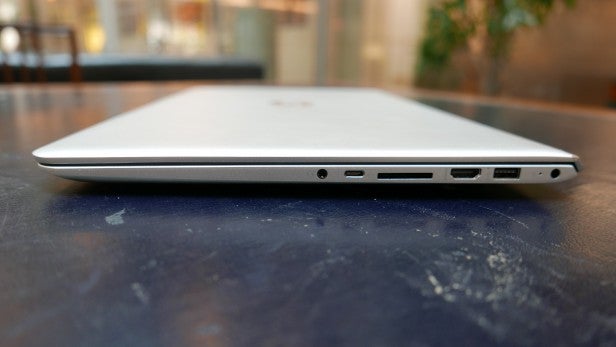 But if you do need the larger screen, it’s actually reasonably slender with all things considered. This is helped by the fact that the optional optical drive from previous models is no longer an option.

As for the chassis, it’s well constructed with minimal flex to the exterior. The front corners are nicely rounded, contrasted by the straight edge corners at the rear. While the lid is a matte silver, the rear strip actually has a shiny metallic finish along the hinge. ‘Envy’ branding is subtly etched in but could be easily missed. 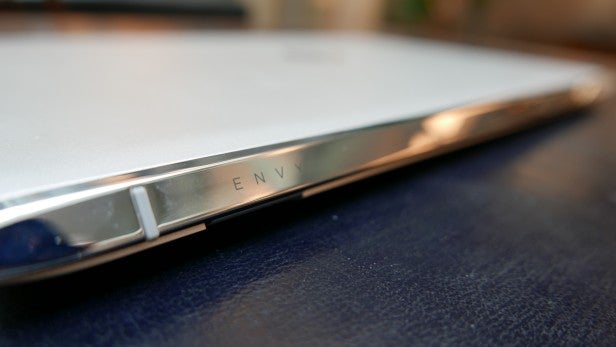 Speaking of the hinge, it’s of the type that rounds under when you open the laptop up. This has the effect of propping the keyboard up at a slight angle, which helps with ergonomics. It helps make for a more comfortable typing experience. The hinge doesn’t limit the display’s angling, either, which was an issue with the Spectre 13.

Open the Envy 15 up and you’re presented with a silver keyboard tray with matching silver chiclet-style keys. There’s a numberpad off to the side, which you’ll expect from a 15.6-inch laptop keyboard. I wasn’t particularly fond of the full-size keyboard during testing, however. 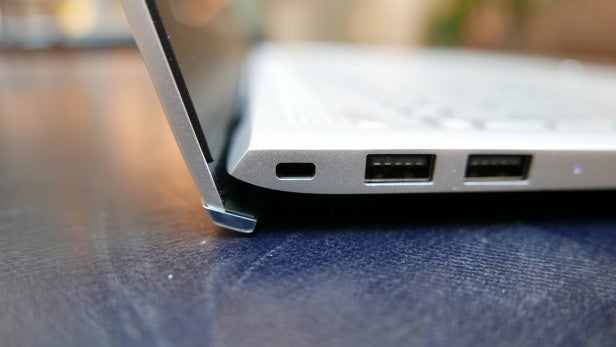 The keys have limited travel and there’s a lot of horizontal movement to each key. It means that striking a key doesn’t have a distinct or satisfying action. My touch-typing speed definitely felt compromised and I made more errors than I was used to. Writing long documents, such as this review, felt laboured.

The keyboard is backlit and this can be toggled either on or off, with no gradation to the brightness. The backlighting isn’t attractively implemented, however, as you can see the light panels below each key due to the gaps in the keyboard tray. If it’s any consolation, there’s almost no flex to the keyboard, which gives me confidence about the laptop’s overall build quality.

A wide trackpad is placed off-center, which features integrated mouse buttons. Like the keyboard, this too is prone to unsettling rattling when using tap to click. It’s also not a Microsoft-approved Precision Touchpad so doesn’t give the feeling your gestures are being directly translated on-screen. The integrated mouse buttons also feel too spongy for my tastes. 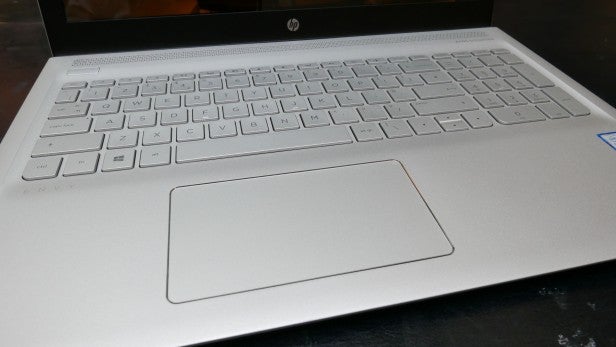 The thick black screen surround doesn’t particularly contrast well against the silver of the keyboard to my eyes but overall build quality is robust.

For ports, there are two USB 3.0 along the left edge and another on the right. This is supported by a USB 3.0 Type-C to bring the Envy 15 up to date. There’s also a full-size HDMI port for connecting an external display and a combined headset jack for audio. An SD card reader is included, too.

There’s a Full HD IPS panel, which is distinctly lacklustre. Brightness is a little underwhelming at only 258.4cd/m2. The display’s brightness may well leave you struggling if you want to hammer away at spreadsheets in the garden.

Contrast is above average at 1,179:1, but actual colour accuracy leaves a lot to be desired in particular. With just 58% coverage of the sRGB colour gamut, and a supremely underwhelming 40.1% of Adobe RGB, this is not the laptop for digital creatives or those in need of truly represented colours. 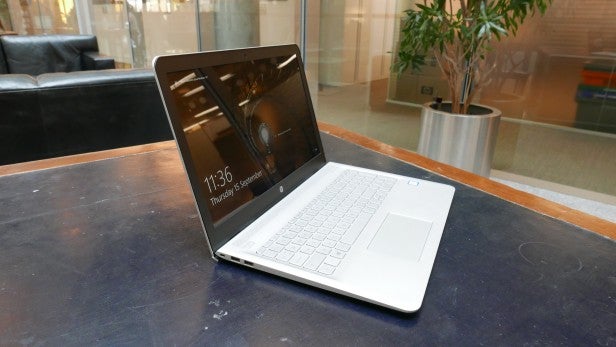 If there are any positives from the display, it’s that backlight bleed isn’t an issue and viewing angles are respectable. Reflections from the glossy display also didn’t prove too much of a distraction.

The speakers placed above the keyboard tray have an attractive patterned grille. These come Bang & Olufsen branded but they’re really nothing to write home about. They’re about what you would come to expect from a laptop speaker. It’s clear enough to watch a television show but you’re not going to get a particularly great audio experience for music. At maximum volume they’re decently loud but sound tinny without much delivery in the low-end.

Used as our main laptop for the review period
Tested for at least a week
Used consistent benchmarks for fair comparisons with other laptops
Reviewed using respected industry benchmarks and real world use
Next
Performance, battery life and verdict Review