There aren’t many online multiplayer games to be had in VR. The obvious, and leading, candidate is the excellent Eve: Valkyrie on the Oculus Rift, but the HTC Vive also has one. It might lack polish but boy does it deliver on experience.

Hover Junkers looks like an early PS3 title, but don’t let that turn you off – it offers one of the most fun and frantic gaming experiences I’ve had in years.

The premise is deceptively simple. You live in a Mad Max-inspired post-apocalyptic world where you survive by collecting junk – big pieces of sheet metal, old air-conditioning units and even road signs, basically any old rubbish you can get your hands on.

Watch 10 best games on the HTC Vive including Hover Junkers:

This heavy junk is locked in shipping containers in inhospitable desert environments. You pilot a hovering ship of your choice that can collect and transport it, but there’s competition – other junkers want your loot. Time to lock and load.

In essence Hover Junkers is a simple deathmatch and team deathmatch arena first-person shooter, but the HTC Vive, and its excellent controllers, make it so much more. 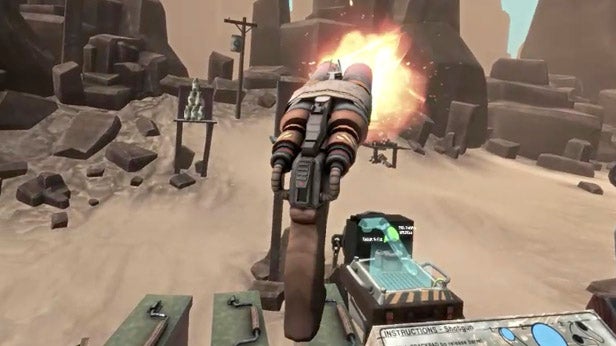 That’s because when you shoot it feels like you’re really shooting a gun. For your aim to be true you need to look down the sights, arm-extended and one eye closed. That’s fine when you’re practicing in the shooting range with no-one else firing back, it’s a very different story when you’re in-game. That’s when you need to keep your wits about you.

Hoverships are silent and you might not realise an enemy is coming up behind you until the first bullet whistles past your ear. Whether you survive or not doesn’t just depend on being a crack shot, but also how well you pilot the ship. 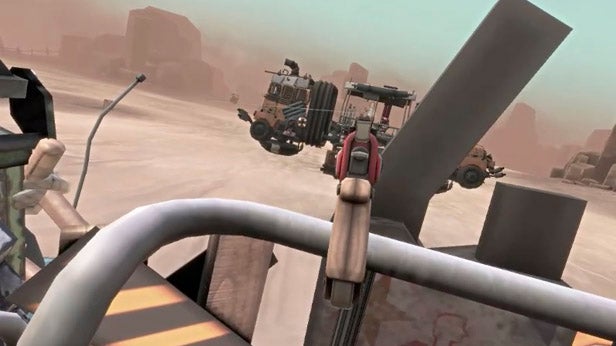 There are a variety to choose from and some offer more cover than others, depending on their size. Ships move forwards, backwards and side to side – you can’t rotate them. I think the developers made this choice to eliminate virtual reality sickness and it does that – I didn’t feel nauseous for a second. It also adds an interesting dynamic. You have to continuously jostle for position and dance around an enemy to keep yourself covered while finding the chinks in their armour. 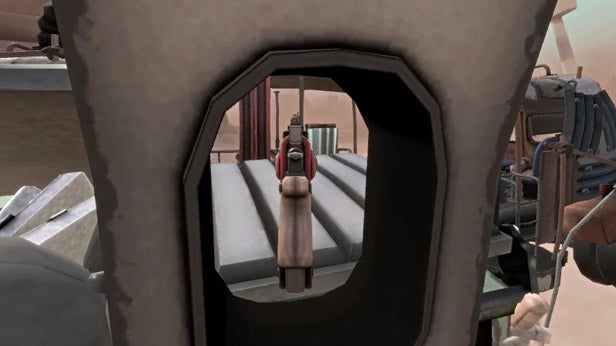 It’s vital to stay behind cover. You need to duck, crouch or even lie down to make yourself a small target and you also need make sure your ship is well protected. The junk you collect can be attached to the outside of your ship to provide more protection and let you take potshots from cover.

What elevates it all is the fact that you’re physically performing these actions. After a few sessions I actually had stiff muscles from all the crouching and jumping around – gaming in virtual reality can be a very real workout. 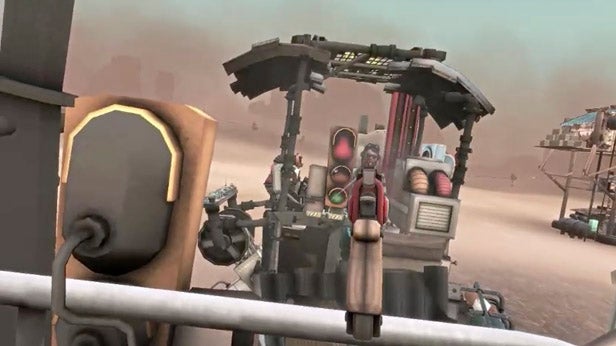 Hover Junkers is an immense amount of fun even though it feels unfinished in parts. There’s no single-player campaign, few maps to choose from and the textures are coarse. There are just two weapons to choose from at present, too. Thankfully they both feel great.

The revolver packs a nice punch, and is accurate if used correctly. Loading is a hoot under pressure. Press the big touchpad on the Vive controller and the cylinder flips out, roll your thumb in a circle and new rounds are chambered and a flick of the wrist brings the cylinder back in with a clunk. It’s as close to using a real gun as you can get in a game. 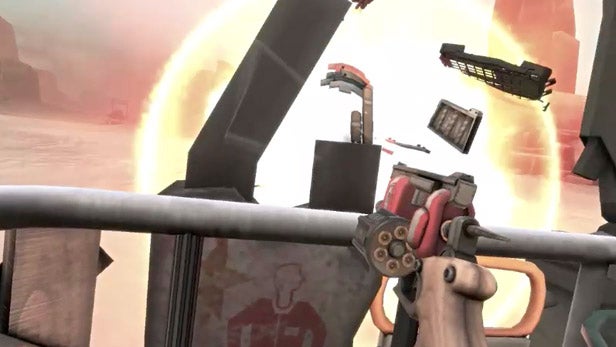 The shotgun, conversely, is inaccurate, but also great at shooting off an enemy’s junk (not a euphemism) to allow a clearer shot of the soft, gooey body behind. As of writing a submachine gun is available to try out in the practice range but not yet available in the competitive game.

Unfortunately lag can, on occasion, be an issue.  I was left fuming thanks to missed headshots and unfair deaths, but the biggest problem with Hover Junkers is that there’s not yet enough people playing it. There were times I logged in when I was on my own, regardless of which continent’s server I tried to join. 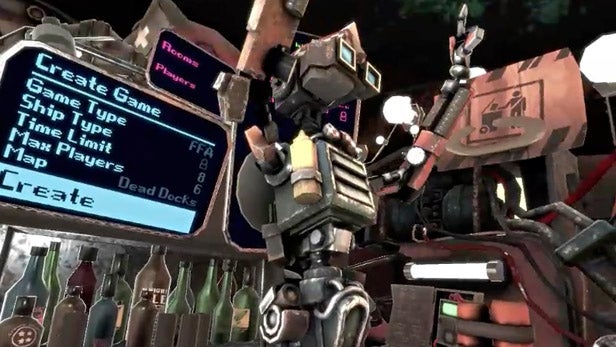 That’s not a fault of the game, of course. HTC Vives have only started shipping recently so they are rare. Still if you’ve already got yours, or it’s on the way, then Hover Junkers is well worth putting at the top of your list to buy even though it is pricey for a game that feels more like an early access effort than a final version.

Hover Junkers is an exciting glimpse into the future of first person shooters, but if it was a traditional PC game the score would be low. As it stands Hover Junkers is a barrel of laughs and one of the best experiences you can get on the HTC Vive right now, despite its rough edges.