What is the Hoover Whirlwind SE71?

The brand that’s synonymous with vacuum cleaning has made an affordable bagless cylinder cleaner. It boasts A-rated energy efficiency and top-rated hard-floor performance.

This thing is compact. That applies not only to the Hoover Whirlwind SE71 cleaner itself, but equally to the tool and accessory count. In the box you’ll find a hose, tubes and just two tools: a small multi-purpose carpet and hard-floor head, and the ubiquitous (among cheap cylinder cleaners) microscopic combined crevice and brush tool.

The 1.4m hose is flexible and feels tough enough to withstand a fair bit of abuse. At one end is a simple curved plastic handle with suction-release slider, and on the other is a pinch-clip fitting to the cleaner body. The latter proved much easier to use than some other pinch-clip hose connectors we’ve tried, ensuring this cleaner can be easily dismantled for storage. 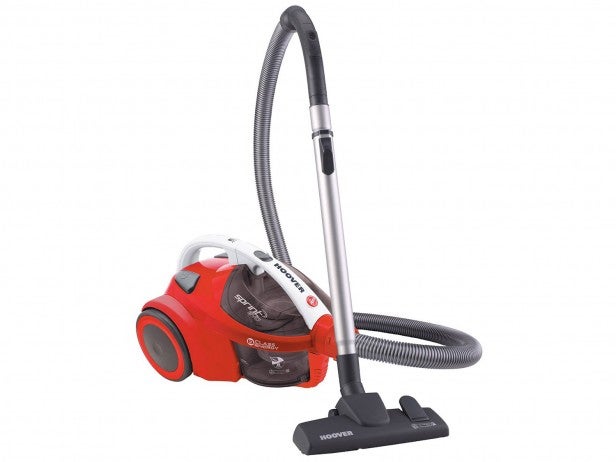 The tubes bring a touch of class to this affordable cleaner. They’re a metallic-painted steel and telescopic, with a clip release and several ratchet points so you can achieve a variety of lengths. This is a better piece than the simple push-fit chrome steel tubes often found at this price, and proper sleeved ferrules at either end ensure tool attachment and removal is far easier too.

With only two tools supplied with the vacuum, this is possibly the most frugally equipped cleaner we’ve ever tested. Although considering many people end up using only one or two most of the time anyway, maybe it isn’t such a silly idea.

The combined carpet and hard-floor tool is fairly compact at just 26cm wide and features drop-down front bristles and a fixed rear rubber blade. It has two small wheels to aid movement, and a neck that both rotates and pivots.

The combined crevice and brush tool is becoming a very familiar feature in budget cleaners; this is its fourth appearance on the TrustedReviews test bench – across four different brands! Clearly, this is a default off-the-shelf part for several cleaner manufactures – but we have no idea why because it’s patently useless. It’s too short, too wide as a crevice tool, and too small as a brush.

The funky red bin has a respectable 1.5-litre capacity and lifts cleanly out of the main body for emptying. Well, eventually.

At first it seemed impossible to detach the bin, despite the clip releasing as it’s meant to. It later transpired that the inserted section of the hose protrudes so far into the bin that you actually have to unclip and remove the hose to get the bin out of the cleaner. No mention is made of this in the instruction manual, and quite frankly, it’s one extra stage in emptying the bin that we could do without.

Equally strange is the “Max” line level on the side of the bin, which – if followed to the letter of the instruction manual – would give you the actual bin capacity of a small tea cup. During testing, we filled it way past this level (as most people will) without major loss of suction, so take that Max level as a guide.

Once we overcome the quirks, the large base flap and big bin do make emptying super-easy and rarely did too much debris get stuck or have to be manually extricated.

In the middle of the bin is a large canister-style filter, inside a fine mesh basket, to catch larger particles. Both are well designed to keep airflow and filtration high, and are fully washable too. A final post-motor filter is accessed by a rear panel. This, too, is washable – but since it’s simply a thin layer of foam, we suspect it adds very little in the way of dust-emission filtration. The Whirlwind’s fairly poor “D” rating for exhaust dust would back that up too.

The Whirlwind SE71 moves around on two large wheels with floor-protecting rubber tyres, and a central trolley wheel that sits underneath the base of the vacuum. The way the main wheels are mounted to the body gives them a lot of free play, so expect a little wheel wobble if you tend to clean the house at high speed.

The jockey-wheel underneath the vacuum is better designed than such wheels on other cleaners at this price, being larger and freely rotating. The result is that the Whirlwind is super-easy to pull around. 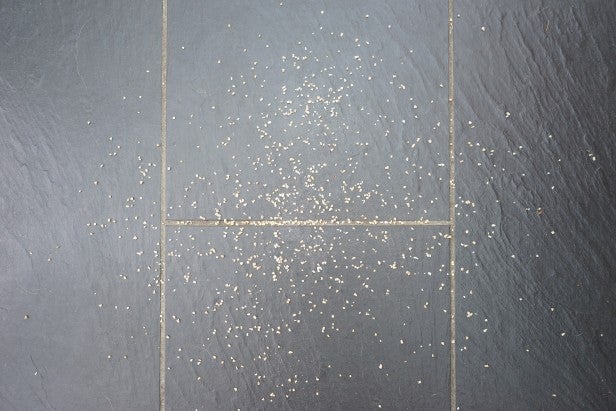 For negotiating steps or simply moving this Hoover from room to room, the 3.9kg weight (excluding the hose) is respectable. The generously sized top handle is nicely balanced if lifted from the rear part, although you can just as easily lift it by the handle on top of the bin. Just don’t press the bin release clip while doing this!

The hose, tubes and main floor-head don’t quite add a kilo to the overall weight, making this an easy cleaner to handle. Until you begin to clean, that is. 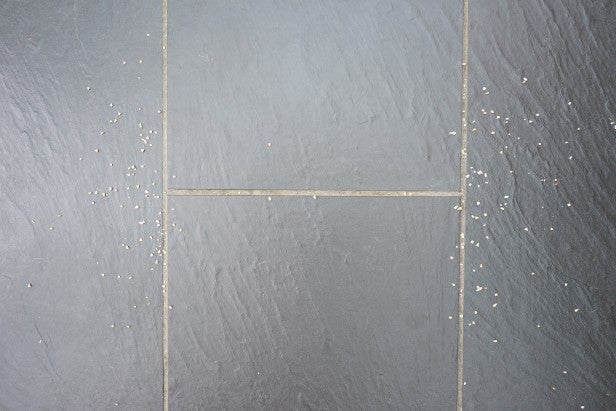 The potent 700W motor makes its presence known with an aggressively pitched howl that’s far from unobtrusive. The thin foam post-motor filter does little to stifle air rush or motor noise, and the result is an old-fashioned cleaner sound by modern standards.
Our measured figure agreed with the EU energy label of 85dB.

If you were working with this vacuum cleaner all day, this level of noise output would legally require your employer to provide hearing protection. Okay, you probably won’t be vacuuming for eight hours a day, but that sound will quickly get tiring.