The Honor 9X is a solid all-rounder that will satisfy most people's needs. The high-resolution camera produces good images, performance is strong, and the battery life exceptional. But until the Android ban is resolved, Trusted Reviews can't recommend the device.

What is the Honor 9X?

Huawei’s sub-brand has established a strong reputation for hard-hitting budget devices that punch above their weight, such as the Honor 8X and Honor 10.

It has sought to reproduce this form with the Honor 9X, which boasts three cameras and a notchless screen. But how does it perform?

Honor 9X design – The USB-C port is a welcome addition

The Honor 9X has a shimmering tiled diamond design across the rear panel, dancing in the light to form the shape of an X. It’s certainly a distinctive look, although some might find it gaudy rather than beguiling. 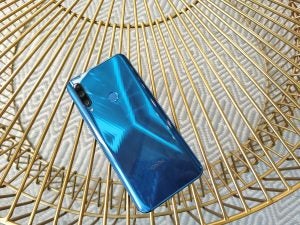 Taken in the hand, it feels quite chunky, and there’s a reason for that: it’s a full millimetre thicker than its predecessor (8.8mm vs 7.8mm). In addition, the rear panel feels like glossy plastic to the touch; no cool-to-the-touch metal sides of the Honor 8X that lent that phone a touch of class.

As for the more practical parts of the design, the USB-C port is a welcome upgrade – and, fortunately the 3.5mm headphone jack ensures flexibility between wired and wireless listening options. You can unlock the device quickly via the rear-mounted fingerprint scanner.

Overall the look and physical feel of the Honor 8X was preferable, but the addition of USB-C is a clear upgrade in favour of the 9X.

The headlining 48-megapixel sensor has won this handset plenty of attention, and the hype is pretty well justified.

The high-resolution sensor does deliver a good amount of detail and, fortunately, it doesn’t go down the route of the over-saturated images seen from some budget phones looking to overcompensate for their deficiencies. 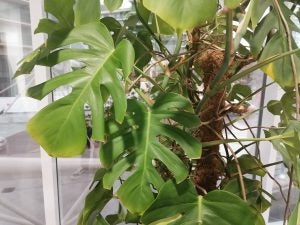 We’d reported some difficulty with the focus of the camera on the Honor 8X. Luckily, there have been no such issues with this device so far. 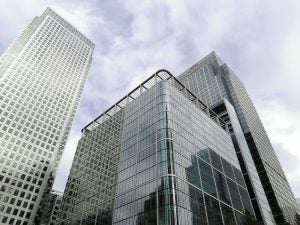 The camera app easily switches between the main camera lens and the 8-megapixel, 120-degree wide-angle lens. This promises a good level of versatility, similar in conception to the iPhone 11‘s combination of main camera and wide-angle lens — although, of course, it’s unreasonable to expect it to reach the same standards of quality. 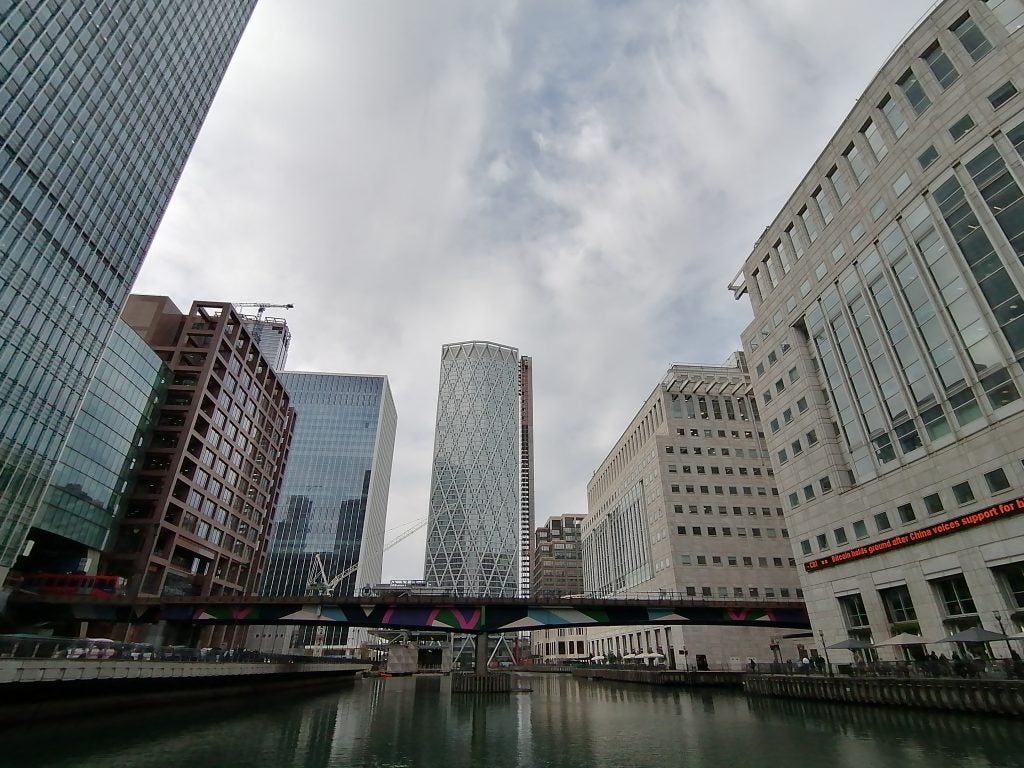 These wide-angle images also look good, with clear colours and a decent amount of detail. When you’re actually taking the pictures, the on-screen viewfinder shows hideous distortion at the edges comparable to a fish-eye effect, which is a little off-putting. Fortunately, this warping isn’t evident in the final image. 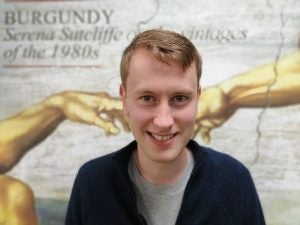 The third lens on the rear of the device is a 2-megapixel-depth sensor entirely dedicated to improving portrait images. However, faces can still be a little blurred around the edges rather than cut cleanly from the background.

The effect still works passably for the most part and, for instance, the detail in hair is well represented. Importantly, it accurately rejects other faces in the background of the shot, rather than applying the same effect to them. 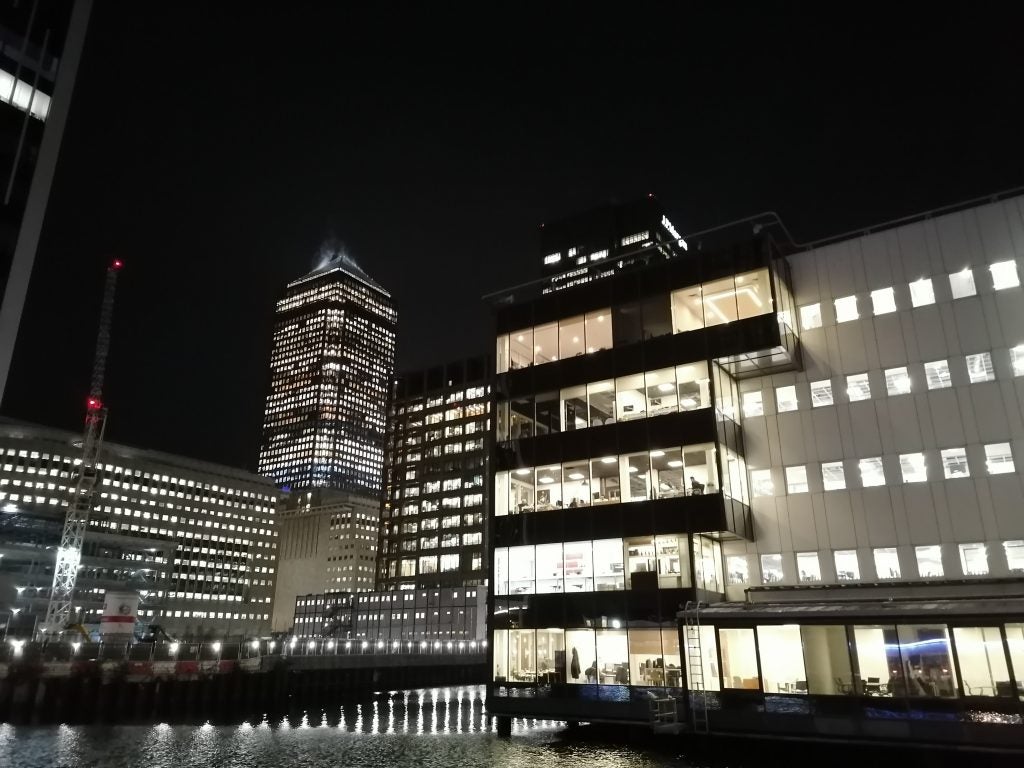 The Honor 9X has a Night mode that, unlike rivals, doesn’t require a long waiting-time for results. It does reduce noise and increase the sharpness of images, although definitely not to the extent of its Pixel 3a mid-range rival.

Selfies aren’t all that sharp when compared to the main rear cameras. Plus, there’s an audible mechanical sound when the pop-up snapper is summoned. Nevertheless, the images remain presentable.

This device offers a Full HD+ display and boasts a 91% screen-to-body ratio – two specifications that are impressive enough on their own. But the clinching factor for many buyers is likely to be the notch-free display, which means the screen is uninterrupted by intrusive selfie cameras and full-screen content such as videos and games are unblemished.

The pop-up camera solution isn’t new, having been shown off by the OnePlus 7T Pro, but it’s somewhat of a novelty to find it in the budget section of the mobiles market. 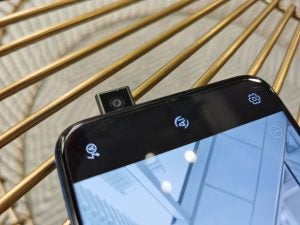 At 1080p, the resolution is unchanged from the Honor 8X. There’s no “wow” factor that hits you when the display first lights up, but it’s a decent enough, clear screen on which to watch videos.

You’ll only notice the downgrade if you’re used to a higher resolution screen. Otherwise, you probably won’t feel the difference. Being an LCD, it doesn’t offer quite the same deep contrast of the best OLED displays.

The screen quality itself isn’t a key selling point, but the notchless design with a high screen-to-body ratio will no doubt attract people who want a genuine full-screen experience on their phone.

The battery packed inside the Honor 9X is a 4000mAh unit, which will keep you going for quite some time. After half an hour of watching YouTube videos, I was amazed to see that the battery still remained at 100%. The battery will easily last you through the day, and then some. This is a great result for any handset; essentially it has a flagship battery capacity but with a processor and screen that are less demanding, so you can squeeze even more life from it.

The Kirin 710 chipset also performs well. Whether powering through day-to-day tasks or running more intensely demanding games, we found no hint of lag or sluggishness.

This might well be due to the GPU Turbo 3.0 feature, which augments performance whilst gaming. It should be able to handle most tasks you throw at it, and is accompanied by 6GB of RAM – which should be capable of effective multi-tasking.

Each of the benchmark tests below assess a different aspect of the phone’s performance, with Geekbench focused on the CPU, 3-D Mark on the GPU, and Antutu putting the whole system through its paces. These scores pale in comparison to the best flagship phones around, but everyday performance on the 9X nonetheless was found to be good.

The Honor 9X does still have Google apps, despite the recent Android ban for parent company Huawei. In fact, it may be the very last device from the company to do so, since it just managed to get certified by Google before the shutters came down firmly. However, the ongoing saga means it’s harder to recommend this phone.

It still has the familiar Google suite of apps such as Maps, YouTube, and Chrome, but since it’s a Huawei phone, it’s also pre-installed with fistfuls of bloatware – such as the Booking.com app and the Honor Store – that you’d probably be better off without.

What’s even more disappointing is the lack of NFC, so you won’t be able to use remote pay apps such as Google Pay. 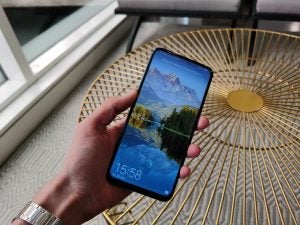 We’re not great fans of Huawei’s EMUI software, and the Android One phones in the same price bracket have a cleaner, more attractive interface. This is unlikely to be a dealbreaker for many consumers, though.

Should you buy the Honor 9X?

The Honor 9X offers strong all-round performance, with particular highlights the camera, the enduring battery life, and the strong performance.

We’re still awaiting the official UK price, but if it is in a similar bracket to its predecessor, then it’s a good bargain.

However, the elephant in the room is the lingering uncertainty over the relationship between parent company Huawei, and Google, which provides the Android software. In light of these ongoing issues, we cannot recommend Honor phones.