The Honor 8 uses one of Huawei’s own chips, in this case the octa-core Kirin 950 processor with i5 co-processor. This is paired with slightly more RAM at 4GB compared to the Huawei P9. In day-to-day use of the phone, I didn’t encounter any stutter or slowdown. Apps were quick to open and pages fast to load.

With its specifications, I expected the Honor 8 to perform at the level of the Huawei P9. However, it turned out to be more of a mixed bag. For instance, the Honor 8’s AnTuTu score of 90,236 was behind the Huawei P9, which managed 93,062. Not a major difference, in fairness.

Its Geekbench 4 scores managed to just pip the Huawei P9, however. It managed 1,728 in the single-core test and 4,820 in the multi-core test. The P9 managed 1,776 and 4,618, respectively. Gaming performance isn’t going to set the world alight compared to the flagship handsets out there such as the Samsung Galaxy S7. A 3DMark Sling Shot score of 864 isn’t particularly impressive, but it did beat the 600 of the Huawei P9.

In the end, the Honor 8 is a capable performer for a smartphone in this price category. 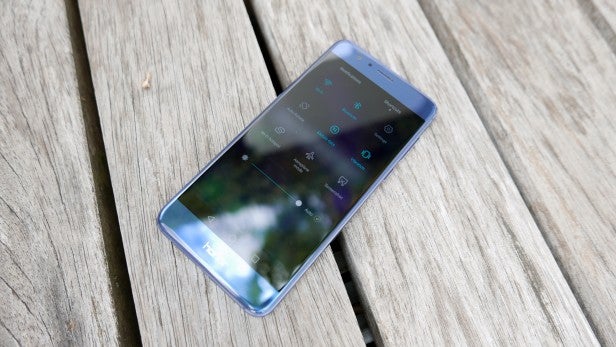 A complaint consistently levelled at Huawei is its approach to Android customisation – namely its Emotion UI (EMUI) skin. It rears its head again here, not really bringing anything to justify its inclusion on top of Android 6.0.

Worse still, compared to the Huawei P9, the Honor 8 is pre-loaded with far more bloatware out of the box, from apps such as Booking.com to Trip Advisor, and an extra browser in the form of Opera. You can uninstall all of them, but it’s an arduous process and one that you shouldn’t be subjected to.

Otherwise, it’s all very similar to the Huawei P9. EMUI does away with the standard Android app drawer, opting instead for an iOS-style homescreen. I’d rather just have the standard app drawer. You can at least bring this back by installing a custom launcher, including Google’s own Google Now Launcher. 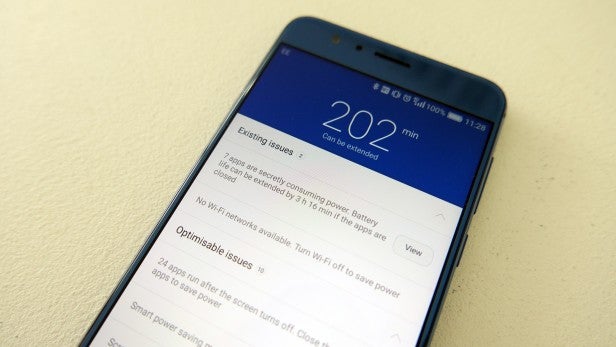 There’s no way of getting rid of the customisations to the notifications panel, however. It’s the worst part of the EMUI experience. The panel always feels inundated with notifications and the Quick Settings toggles have been made worse than stock Android.

While the Honor 8 has more RAM than the Huawei P9, the irritating memory and battery management makes a return. This highly aggressive management stops apps from running in the background by default, so you’ll need to constantly jump in to put them in “Protected” mode. You also receive constant notifications regarding your apps using power in the background – which on paper sounds useful, but in reality just proves an interruption. 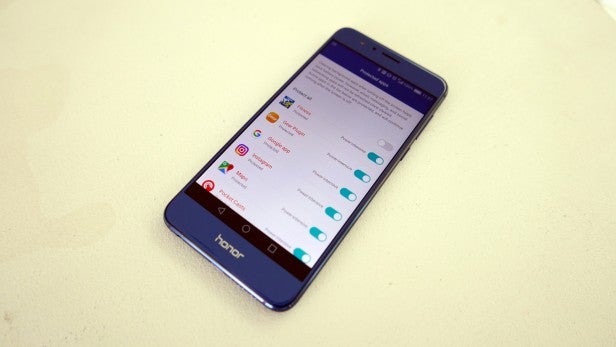 There are some decent customisations, however. The slide-down gesture on the rear fingerprint sensor can still pull down the notifications pane. It’s something I miss whenever I move to another smartphone. Beyond that, I wish Huawei would just tone down the Android customisations or just leave things well alone.